This year, BTG is back at its flagship Colonial Theatre in Pittsfield with “Irving Berlin’s White Christmas,” a stage adaptation by David Ives and Paul Blake of the 1954 movie that starred Bing Crosby and Danny Kaye. 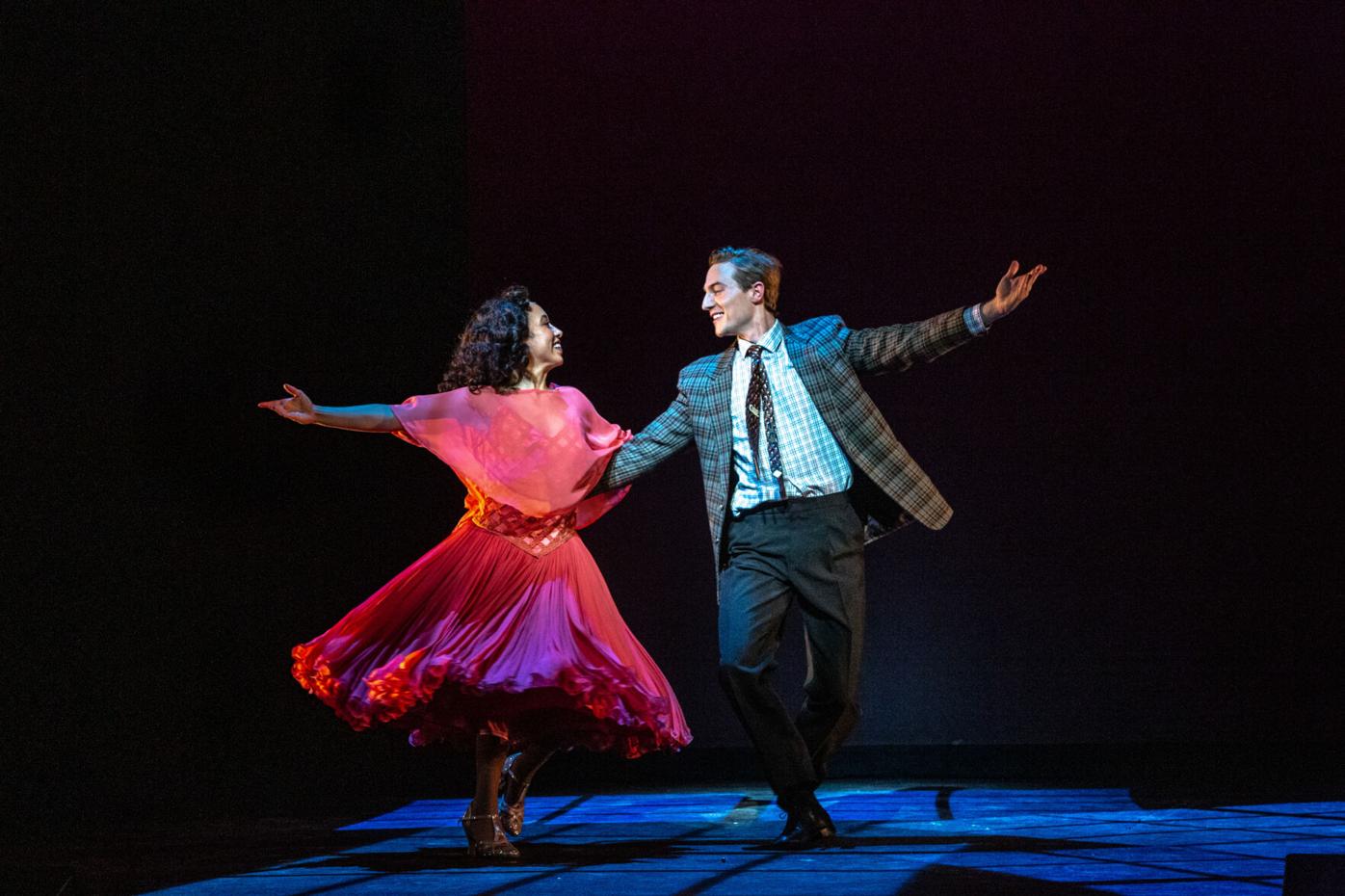 PITTSFIELD — With its traditional community production of ”A Christmas Carol” in the rear view mirror, Berkshire Theatre Group is turning elsewhere to celebrate the Christmas season.

Last year, BTG braved the outdoors with a production of Truman Capote’s “Holiday Memories” in the Unicorn Theatre courtyard in Stockbridge.

What: “Irving Berlin’s White Christmas: The Musical.” Music and lyrics by Irving Berlin. Book by David Ives and Paul Blake, based upon the screenplay for the 1954 film by Norman Krasna, Norman Panama and Melvin Frank. Directed by Gregg Edelman; music director, Ross Patterson; choreography by Gerry McIntyre and Bryan Thomas Hunt.

COVID-19 safety protocol: Patrons must present proof of vaccination upon arrival. Children 11 and younger who are not fully vaccinated must present a negative COVID-19 PCR test taken within 72 hours of the performance start time or a negative COVID-19 antigen test within six hours of performance start time. Masks are mandatory for all patrons, regardless of age.

This year, BTG is back at its flagship Colonial Theatre in Pittsfield with “Irving Berlin’s White Christmas,” a stage adaptation by David Ives and Paul Blake of the 1954 movie that starred Bing Crosby and Danny Kaye.

Director Gregg Edelman’s uneven, workmanlike production of this bland, by-the-numbers musical features Michael Wartella and Michael Starr as two World War II buddies — respectively Bob Wallace and Phil Davis — who, in the years following the war, find modest success as a song-and-dance duo. As they are about to leave for Miami following a successful appearance on The Ed Sullivan Show, they wind up joining with a sister act, Betty and Judy Haynes, to perform at an inn in Vermont that is in dire financial straits. It turns out that the inn is owned by the guys’ former commanding officer, Gen. Henry Waverly (an always convincing; at times downright poignant David Adkins). And while Phil and Judy hit it off in grand fashion, the course of love does not run smooth for Bob and Betty. It’s not giving anything away to say that everything turns out for the best. This is all very much by-the-numbers stuff that plays things safe, steady but, at the same time, without even the barest hint of Ives’ witty, if at times, quirky style.

At its heart, “White Christmas” is less about storytelling than it is about offering a pretext to go from one familiar Irving Berlin song to the next: “Blue Skies” (which is given creative Fosse-like treatment), “I’ve Got My Love to Keep Me Warm,” “How Deep is the Ocean,” “Happy Holidays,” “I Love a Piano,” “Sisters,” and, of course, the show’s anthemic title song, “White Christmas,” which appears early in the show and then returns at the end with a full-out rendition by the full company that invites the audience to a sing along.

The performances offer no more — occasionally less — than these undemanding roles require.

As the more serious, love-wary Bob Davis, Wartella is an amiable, skillful presence who sings and dances gracefully. Unfortunately, given Claire Saunders’ earnest, hard-working, performance, the romantic relationship between Bob and Betty rings hollow; more an act of dramatic necessity than emotional credibility.

Madison Cyrulik is refreshing and engaging as Waverly’s granddaughter, Susan, especially in her “turn,” “Let Me Sing and I’m Happy.”

As Martha Watson, Allison Briner Dardenne is an occasion all her own in a seemingly effortless performance as a woman who manages the day-to-day operations of the inn and protects and looks after the general in just about every way possible short of being his wife. Her response to someone who observes that for all Martha does for the general, she might as well be his wife leads to the the funniest line of the evening. Dardenne’s is a savvy, pitch-perfect performance that catches a sensibility this production needs more consistently.

Starr and Alanna Saunders work nicely, individually and as a team, particularly in their aptly named duet, “The Best Things Happen While You’re Dancing.” Indeed, with choreography by Gerry McIntyre and Bryan Thomas Hunt, the best things in Edelman’s production happen when it is dancing.

“Irving Berlin’s White Christmas” is designed as pure comfort food for the holidays; nothing wrong with that as a robustly enthusiastic audience demonstrated at Saturday evening’s opening. How much tastier this would be with just a dash more seasoning.