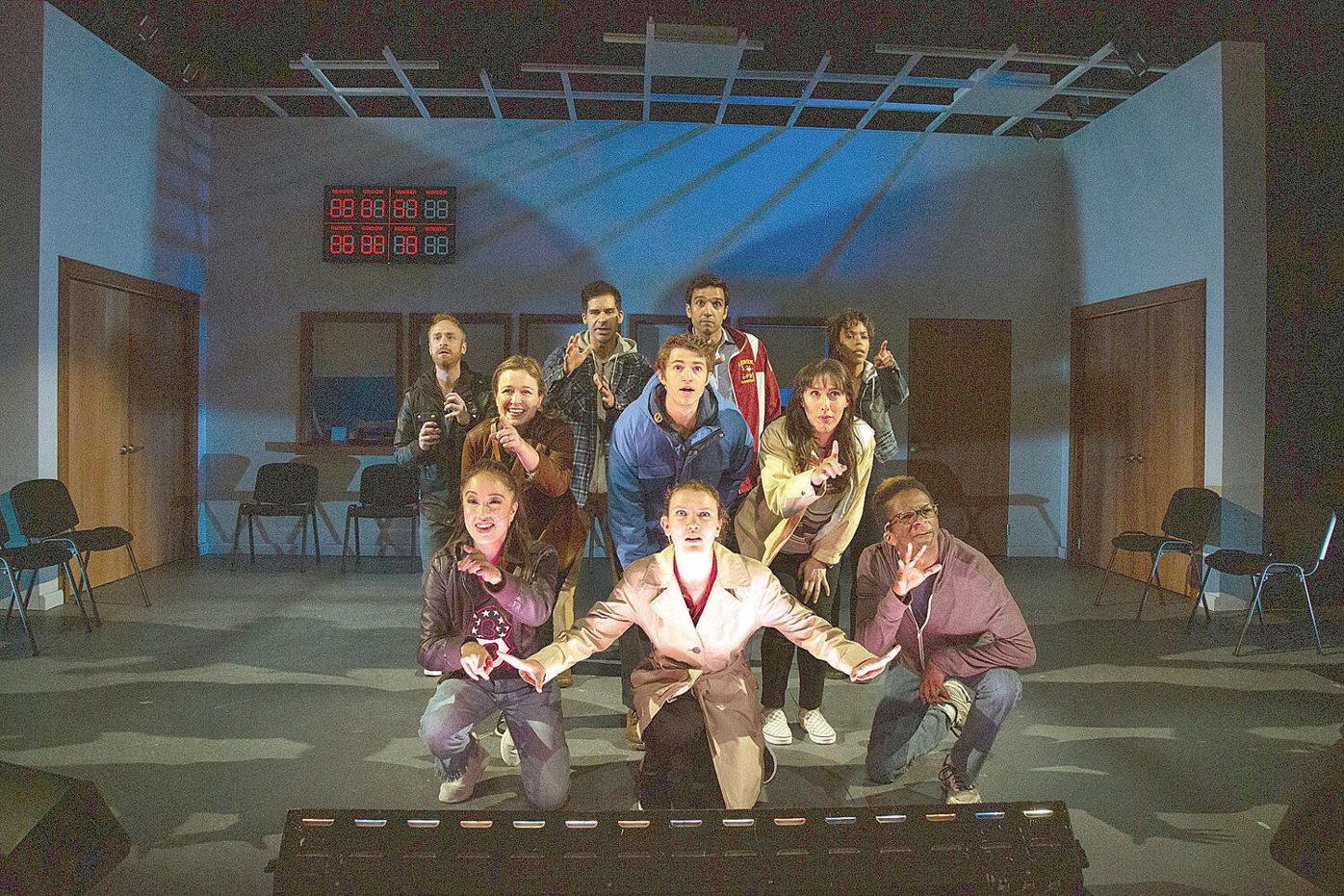 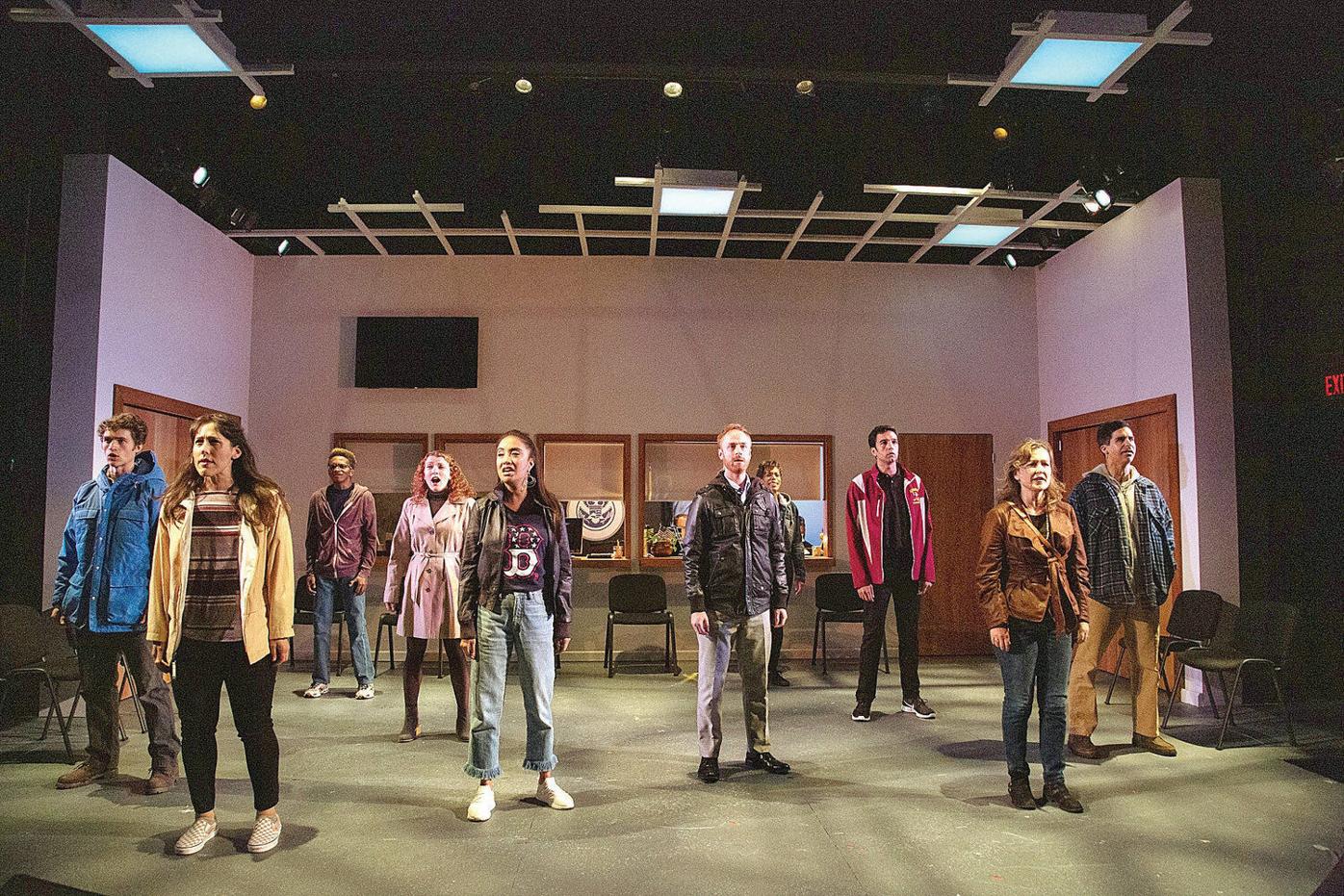 "Working: A Musical" is given a fresh, vigorous take on Berkshire Theatre Group's Unicorn Theatre stage, according to theater critic Jeffrey Borak.

"Working: A Musical" is given a fresh, vigorous take on Berkshire Theatre Group's Unicorn Theatre stage, according to theater critic Jeffrey Borak.

STOCKBRIDGE — Based upon Studs Terkel's remarkable 1974 chronicle, "Working: People Talk About What They Do All Day and How They Feel About What They Do," "Working: A Musical" has had something of a checkered history since its 1978 debut on Broadway, which closed after only 24 performances.

The musical has songs by Craig Carnelia, James Taylor, Stephen Schwartz (who directed the original Broadway production and co-adapted Terkel's material for the stage), Mary Rodgers, Micki Grant and Lin-Manuel Miranda, who wrote two songs for a 2009 revision. Now, in its official 2011 revised version, "Working" is making the rounds again — recently in an Encores presentation at City Center in New York; currently in splendid, fresh-as-spring-air production at Berkshire Theatre Group's Unicorn Theatre, shrewdly directed by James Barry and featuring a talented, immensely appealing 10-member cast that takes full ownership, and then some, of this material.

The son of Russian Jewish immigrants, Terkel became a much-honored author, broadcaster, actor and historian who won the 1985 Pulitzer Prize for non-fiction for "The Good War." In addition to his long-running radio show in his native Chicago, Terkel was perhaps best known for the oral histories he collected of common, everyday Americans.

The eminently readable "Working" is a truly remarkable collection of thoughts, feelings, reflections of everyday working people — teachers, delivery men, construction workers, masons, airline staff, millworkers, cleaning women, truckers, a waitress (a sassy, driving, energetic Delores Dante in Stephen Schwartz' somewhat overlong "It's an Art"); a housewife (rendered in Craig Carnelia's "Just a Housewife" with aching poignancy and urgency by Farah Alvin, who also scores as a teacher in the penetrating Susan Birkhead-Mary Rodgers song, "Nobody Tells me How"); caregivers, especially volunteer caregivers for the elderly and infirm, as reflected in the touching "Joe," featuring Miles Wilkie as Joe Zutty, a lonely elderly figure who has settled into the routines of days filled with ritual and small satisfactions.

Barry has set "Working" in the spacious, what looks to be waiting room of an office. Plastic chairs line the walls. Across the back wall is a series of windows that expose some inner offices occupied by the four members of the production's band under the smooth, skillful supervision of keyboardist Casey Reed. The wall high above those inner sanctums serves as a screen on which are projected imaginative animated black-and-white images created by set designer, Nicholas Hussong, that amplify the larger environment inhabited by the various characters in this ode to America's labor force. (Among my favorites, an elevated subway train moving through a downtown urban setting that appears to be an homage to Terkel's beloved Chicago.)

There is nothing romantic or mawkish here. Under Barry's bold, vigorous direction and with this engaging, thoroughly accomplished ensemble, "Working" takes on a kind of renewed vigor and freshness. There is around the edges, a faint tinge of not quite keeping up with the times, but with all the revisions "Working" has undergone in the 41 years since its inauspicious Broadway bow, there's nothing out-of-date about the jobs and sentiments that fill this work and this stage.

What connects all this material is the collision within each of the workers between dreams and economic necessity; between the need to work, the love of that work, and the personal cost. What emerges most of all is, despite all hardship and challenge, the satisfaction of work well done, pride of craftsmanship; pride of ownership, which resonates most clearly in "Working's" anthemic finale, "Something to Point To."

At BTG's Unicorn Theatre, "Working's" cast and creative staff, indeed, have something to point to.