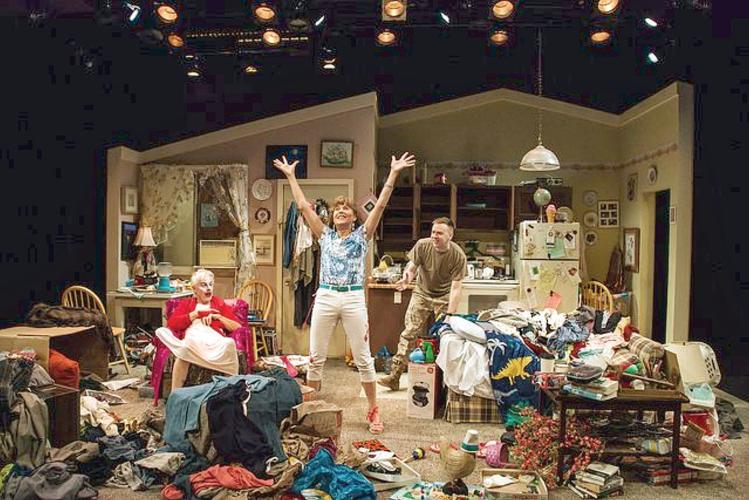 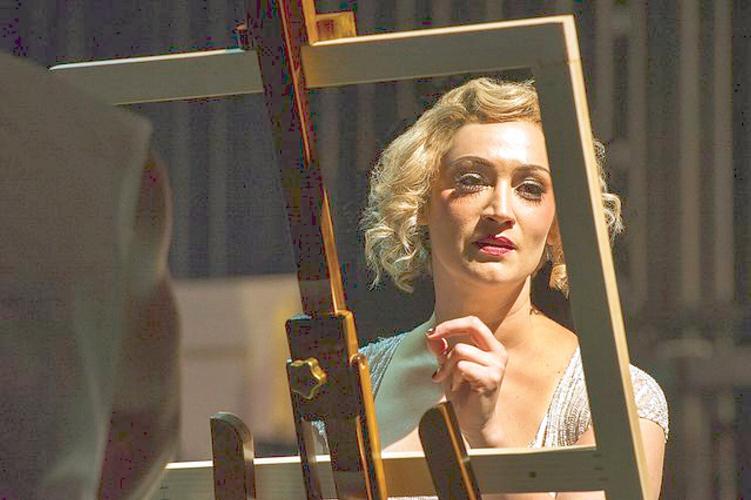 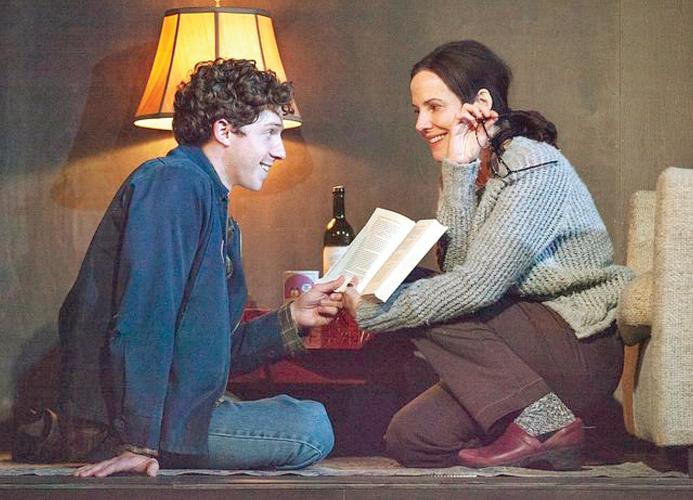 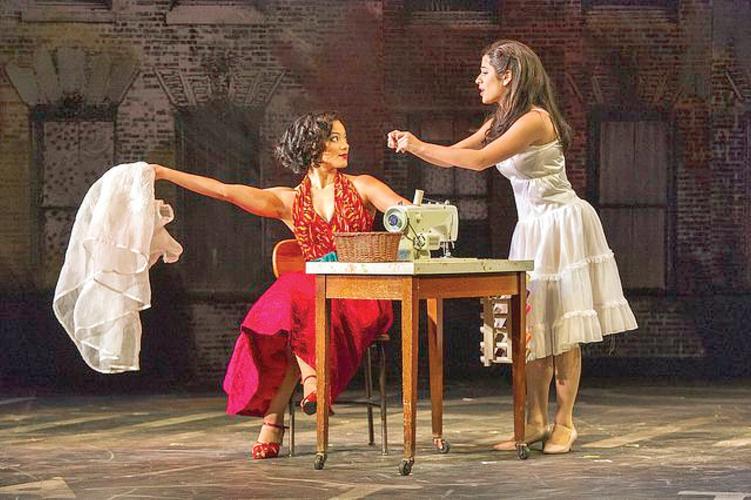 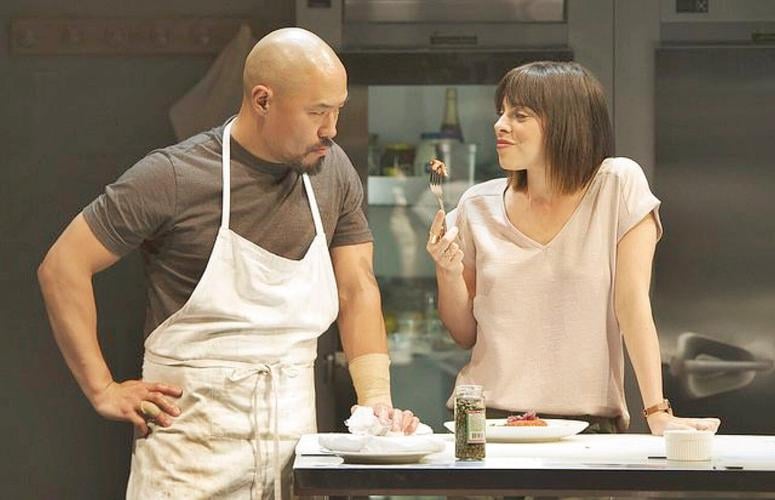 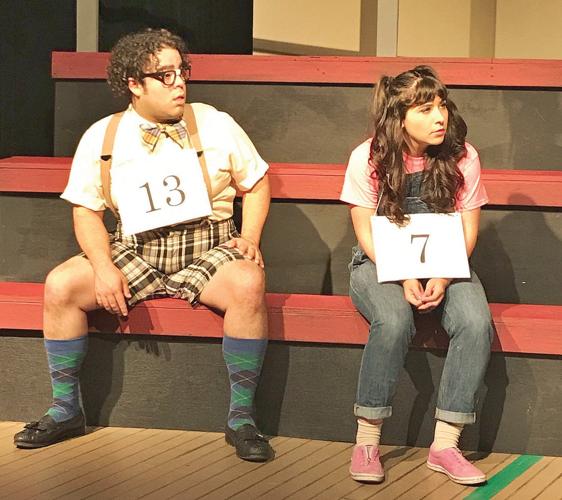 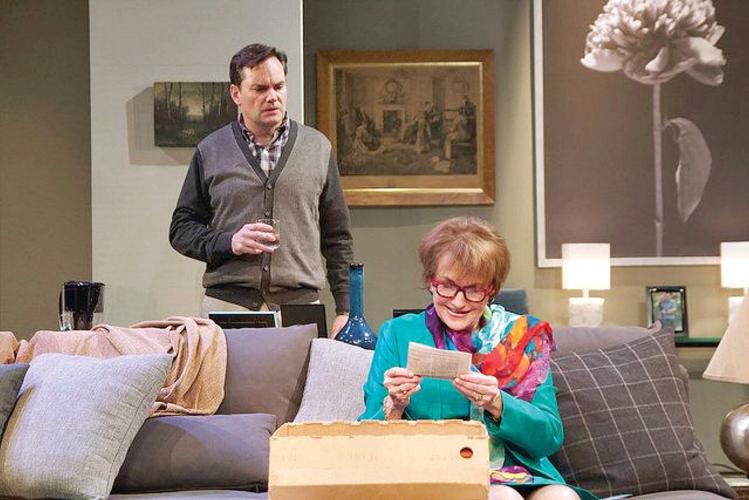 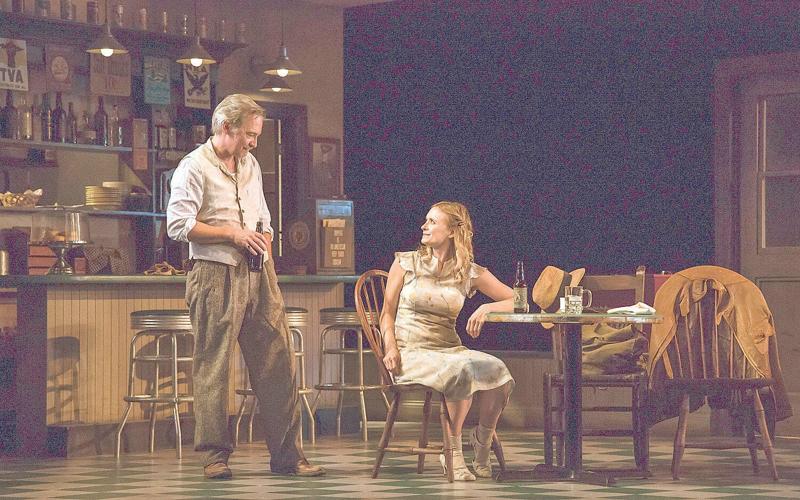 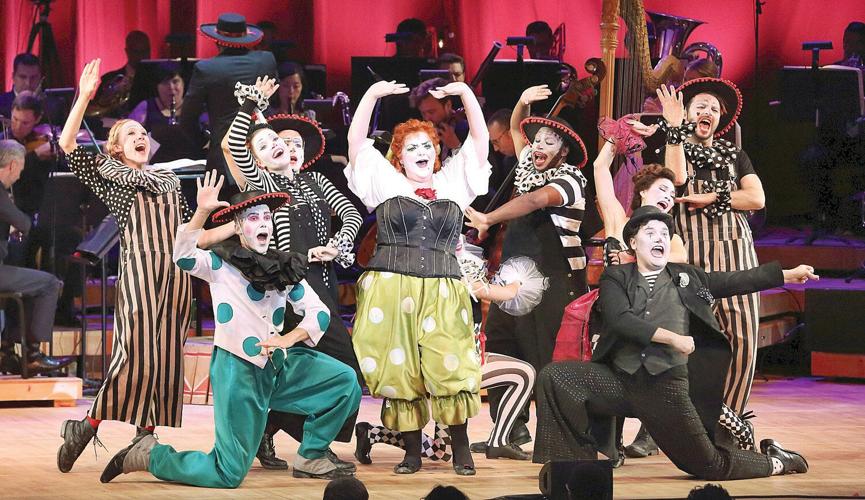 The year in theater, 2018, was, for the most part, artistically stimulating and provocative; rich in individual accomplishment (more on that Monday in print; Friday online) and language.

The artistic directors of the region's not-for-profit theaters had a good deal on their minds in 2018. For the most part, lightness of being was in short supply on the region's stage. As I was formulating my thoughts about that trend, I stumbled across the introduction to my 2016 year-end piece. It seemed perfectly appropriate for 2018. It reads, in part:

"Indeed, the world outside came rushing in on our stages with a vengeance. And yet, even with the weaker productions ... there was little, if any, posturing.

"This was not a year of theater as screed. These plays dealt in a variety of ways with how broader social issues — [among them, in 2018, cultural, ethnic and sexual identity; artistic license and the intersection of life and art; family; the American Dream] — played out in daily lives; how personality and relationships are shaped; what survival means in a society that often cripples the very people it means to help.

"It was a theater year that asked a lot of audiences and of theatermakers."

The 2019 theater season begins later this month with a succession of openings at Hubbard Hall in Cambridge, N.Y.; Capital Repertory Theater in Albany, N.Y.; and Hartford Stage and TheaterWorks in Hartford, Conn.

Barrington Stage Company begins its 25th anniversary season in mid-February with its annual 10X10 New Play Festival. 2019 also brings a new artistic director, Obie Award-winner Melia Bensussen, to Hartford Stage in June and a temporary shift by TheaterWorks in March from its home on Pearl Street to nearby Wadsworth Athenaeum while its Pearl Street digs get a complete top-to-bottom overhaul.

So, all that being said, here are my choices for the top 10 — 11 actually — of 2018, along with some runners-up, special mentions, and a shout-out for the year's best new script.

No two productions could have been more different from each other than Adam Rapp's "The Sound Inside" at Williamstown Theatre Festival, an intense, expertly crafted, delicately played and directed (by David Cromer) play about a relationship that develops between a professor of undergraduate creative writing at Yale University (Mary-Louise Parker) and one of her students, a troubled, often enigmatic young man (played by Will Hochman), and Leonard Bernstein's problematic treatment of Voltaire's often cynical philosophical morality tale, "Candide," at Tanglewood's Ozawa Hall. And yet, when it came to theater in 2018, there were "The Sound Inside" and "Candide" and then there was all the rest.

"The Sound Inside" was a masterly display of just how much more less can be. The production design was spare, selective. The performances also were, on the surface, spare, but the activity beneath that surface was roiling. What was left unsaid often was as telling and revealing as what was said.

Meanwhile, at Tanglewood, more was exactly enough in Ozawa Hall, a concert venue that, for two nights in August, was as much a theater as any other in and around the Berkshires for a fully mounted and staged "Candide." Bernstein's operetta was performed by the orchestral ensemble, The Knights, and a hugely accomplished cast of full-throated singing actors under the stage direction of Alison Moritz, who conceived "Candide" as a performance by an itinerant group of commedia del'arte performers. The material for this presentation was adapted for the Scottish National Opera in 1988 by John Wells and John Mauceri from Hugh Wheeler's 1974 libretto. For my money, it's a definitive version. Moritz' concept and staging, along with John Heginbotham's choreography and Knights' co-artistic director Eric Jacobsen's musical direction and seamless performances from a uniformly accomplished cast was smooth, lucid, buoyant. What an evening of theater!

Berkshire Theatre Group CEO and artistic director Kate Maguire has faith in the ability of American classical drama to tell stories that reach beyond their period and resonate in tye contemporary world. Robert E. Sherwood's "The Petrified Forest" is among those. Indeed, this 1935 drama seemed to have special meaning today, especially given a production as pristine and lyrical as this. The show was a big risk — large cast; 83-years-old; known more for the film version with Humphrey Bogart, Lesley Howard and Bette Davis. Director David Auburn made some trims and tweaks to the script and assembled a hugely accomplished acting ensemble and design team that caught the emotional texture of the times and Sherwood's characters. Haunting and memorable.

American drama is filled — choked, some say — with plays about dysfunctional families; perhaps none as dysfunctional as the fractured, to say the least, family in Taylor Mac's "HIR," directed to a fare-thee-well by Alice Reagan with a cast that responded in kind. A wild, woolly, go-to-the-barricades production that caught the madness, pain, agony, frustration and sense of loss beneath the play's seemingly freewheeling surface. It's not simply a family and their house that falls apart here. The leap to a nation in disrepair is not that formidable

This promising new musical may have taken on more than it could handle but there is no denying the bold imagination, creativity and intelligence in this show about break-the-rules Art Deco artist Tamara de Lempicka in Paris between the world wars as she navigates a ground-breaking career and relationships that defied convention. With brilliant, electrifying performances by Eden Espinosa in the title role and a first-rate supporting cast, director Rachel Chavkin and her creative artistic and design team went for broke; creating a compelling evening of theater that, warts and all, simply wouldn't let go.

The folk at Barrington Stage Company initially focused their marketing of Bekah Brunstetter's engaging play around the issue of a baker in a small North Carolina town who declines to bake a wedding cake for the same-sex wedding of two women. But while that premise motivates the action — a kind of MacGuffin, if you will — "The Cake" relegates the political issue to a dramatic second tier while focusing on the relationships among its characters, chiefly the baker, Della, played with absolute charm and nuance by Debra Jo Rupp, and her "client," a young woman named Jen (Virginia Vale), who is the daughter of Della's deceased best friend. Under Jennifer Chambers' smart, seamless direction, this cannily designed production was of a piece — funny, poignant, smart, true to itself and its characters.

Family was defined in so many ways in James Anthony Tyler's thoroughly appealing, wise, beautifully acted play about a father, his son and their family of co-workers at a local cable television company. This production was wrapped in authenticity and honesty from its very beginning, anchored by Ray Anthony Thomas' smartly rendered portrayal of the title character. "Artney Jackson" made a place for itself in my heart.

Personality clashes and artistic temperament ran high in this sizzling, uniformly well-acted production of a new play by Theresa Rebeck, set in the kitchen of a small neighborhood restaurant in New York that all at once bursts into fame, upsetting the delicate balance in the relationship between the eatery's two partners. Rebeck avoids turns lesser playwrights would embrace. Tight, incisive performances from an ensemble of four that just wouldn't quit.

This absolute charmer of a musical has lost most of the humanistic charm and wit it had in its original 2004 world premiere at Barrington Stage Company as it made its way from Sheffield to Off-Broadway, Broadway and a national tour. Well, what was lost was found, and then some, in this beguiling production in New Lebanon, N.Y.

While this production fell just a bit short of director Julianne Boyd's first go-round with this landmark musical in 2007, her second time around was, nonetheless, a solidly crafted, entertaining affair that positively soared on the legs of its dancing actors.

Terrence McNally's play about a mother trying to come to terms with the unfinished business in her relationship with her deceased gay son is somewhat problematic. But James Warwick's astoundingly delicate direction touched the play's heart in remarkable ways. Even with its imperfections, this was a memorable evening, especially after a second viewing.

Waiting in the wings (in order of being seen):

— The Durang One-Acts: "The Actor's Nightmare" and "Sister Mary Ignatius Explains It All For You" (Berkshire Theatre Group)

Hats off to Chester Theatre Company artistic director Daniel Elihu Kramer for inviting audiences to go down a rabbit hole on an extraordinary theatrical journey presented in four different performances over three days by four different actors, none of whom had seen the script until it was handed to them as they stepped onto the stage. The play itself pushes narrative and storytelling in adventurous unforeseen ways. Fascinating, especially in watching how each of the four actors — Daniel Osman, Debra Jo Rupp, Tara Franklin and Joel Ripka — each approached the experience, no two of them the same, and navigated the play's unanticipated turns.

For reasons that make complete sense, BTG's annual summer community musical has been off-limits to reviews. But this production — which I saw as a civilian, sans pen and notepad — offered a keen insight into what makes this BTG program work. The material itself, with an original score by Phil Collins, is, at best, shaky but the production was first-rate from the acting and singing to the staging, choreography, orchestral accompaniment, and production elements. Nothing was spared. The largely inexperienced members of this large cast were treated with professionalism, integrity and respect and that attitude paid off handsomely. "Tarzan" was a joy-filled evening of theater, especially for the little boy sitting in his mother's lap in the row in front of me, a seat or two over.

NEW WORK FOR THE STAGE: "The Sound Inside" by Adam Rapp

Form and function are perfectly matched in a script that binds literary style and language with theatrical urgency. Rapp's work — his meticulous plotting; his use of language — is so subtle and nuanced. Rarely has a living piece of theater had such literary currency.