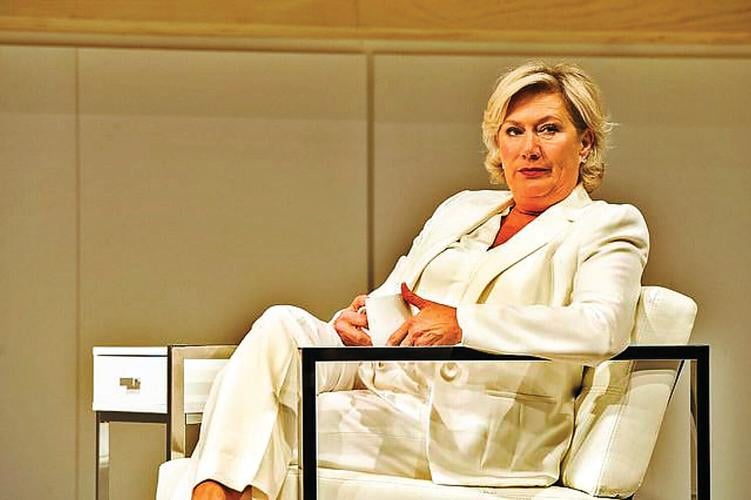 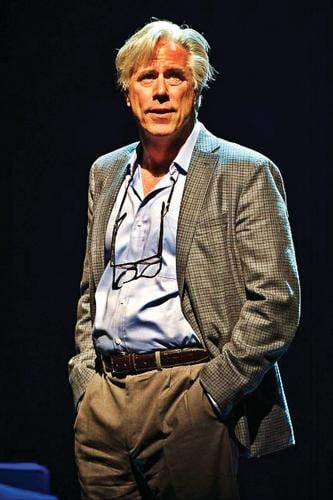 Theater is about the art of storytelling. So, having taken a look, in a separate story, at the best storytelling in 2017, a look now at the outstanding storytellers of 2017 — actors, designers, directors — culled from the productions I saw during calendar year 2017 at theaters in Lenox, Pittsfield, Stockbridge, Williamstown, Chester, New Lebanon, N.Y., Bennington, Vt., Cambridge, N.Y., Albany, N.Y. and Hartford, Conn.

Jeff McCarthy owned the stage as ex-Hollywood producer Joseph Lindy in the new musical "A Legendary Romance" at Williamstown Theatre Festival. In what was, for me, clearly the year's most outstanding performance by an actor, the galvanic McCarthy took hold and never let go for an instant, applying a full, rich palette in his portrait of a haunted, complex man looking to reconcile the irreconcilable in his life. McCarthy — who is playing Billy Flynn in a national tour of the musical "Chicago" that plays Proctors in Schenectady, N.Y. Jan. 5-7 — has given us so many rich moments on stage. This may well have been his most memorable.

David Harris as Father in "Ragtime" at Barrington Stage Company. In playing a man whose life is a series of journeys, literally and figuratively, Harris was revelatory, finding insights that have eluded so many other actors I've seen in this role.

Also — Jason Asprey in a compelling performance as Jack, a father weighed down by a sense of missed opportunity and failure, in Oldcastle Theatre Company's production of Neil Simon's "Broadway Bound"; David Adkins and Joey Collins as two temperamentally different men whose lives are unalterably bound on a Sunday in New York in Berkshire Theatre Group's "Edward Albee's At Home at the Zoo (Zoo Story)"; Joel Ripka in a exquisitely calibrated performance in "Every Brilliant Thing" at Chester Theatre Company; and Aaron Tveit's smooth, poised, nicely rendered portrayal of the "eternal" bachelor, Bobby, in BSC's production of "Company."

- Other noteworthy performances (in order of being seen):

In Williamstown Theatre Festival's production of Sarah Ruhl's "The Clean House," a perfectly cast Jayne Atkinson offered an object lesson in subtext in an outstanding portrayal of a woman whose seemingly ordered, tidy life is, in fact, anything but. Atkinson's smart, exquisitely crafted, closely observed performance was a model of nuance and acute detail. Truly extraordinary work from an extraordinary storyteller in full command of all the tools in her kit..

Elizabeth Harvey as Mother in BSC's "Ragtime" and Tara Franklin as Ann in "Edward Albee's At Home at the Zoo."

Harvey found tones and colors as Mother I've not seen from other actresses in this role. Her shimmering work gave this production a solid center. It all came to a head in her powerful, spellbinding second act number, "Back to Before," which alone was worth the price of admission.

It's been two years since Franklin caught the air with her breathtaking performance in Harold Pinter's "The Homecoming" at BTG's Unicorn Theatre. And so, again, this summer — again under Eric Hill's direction and again at the Unicorn — Franklin delivered yet another brilliantly executed performance that was as much about subtext and the left-unsaid as it was about the words that were spoken. Simply stunning.

- Other noteworthy performances (in order of being seen):

- Special mention for ensemble work (in order of being seen):

The casts of "Next to Normal" (TheaterWorks); "God of Carnage" (Shakespeare & Company); and "Broadway Bound" (Oldcastle)

- Other noteworthy direction (in order of being seen):

Chris Lee, "Ragtime" (BSC), and John Lasiter, "Next to Normal" (TheaterWorks). Also (in order of being seen) — Brian Tovar, "The Birds" (BSC), and Mike Baldassari, "Children of a Lesser God" (BTG)

David Thomas, "The Birds" (BSC). Also (in order of being seen) — Ed Chapman, "Next to Normal" (TheaterWorks), and Will Severin, "Kunstler" (BSC)