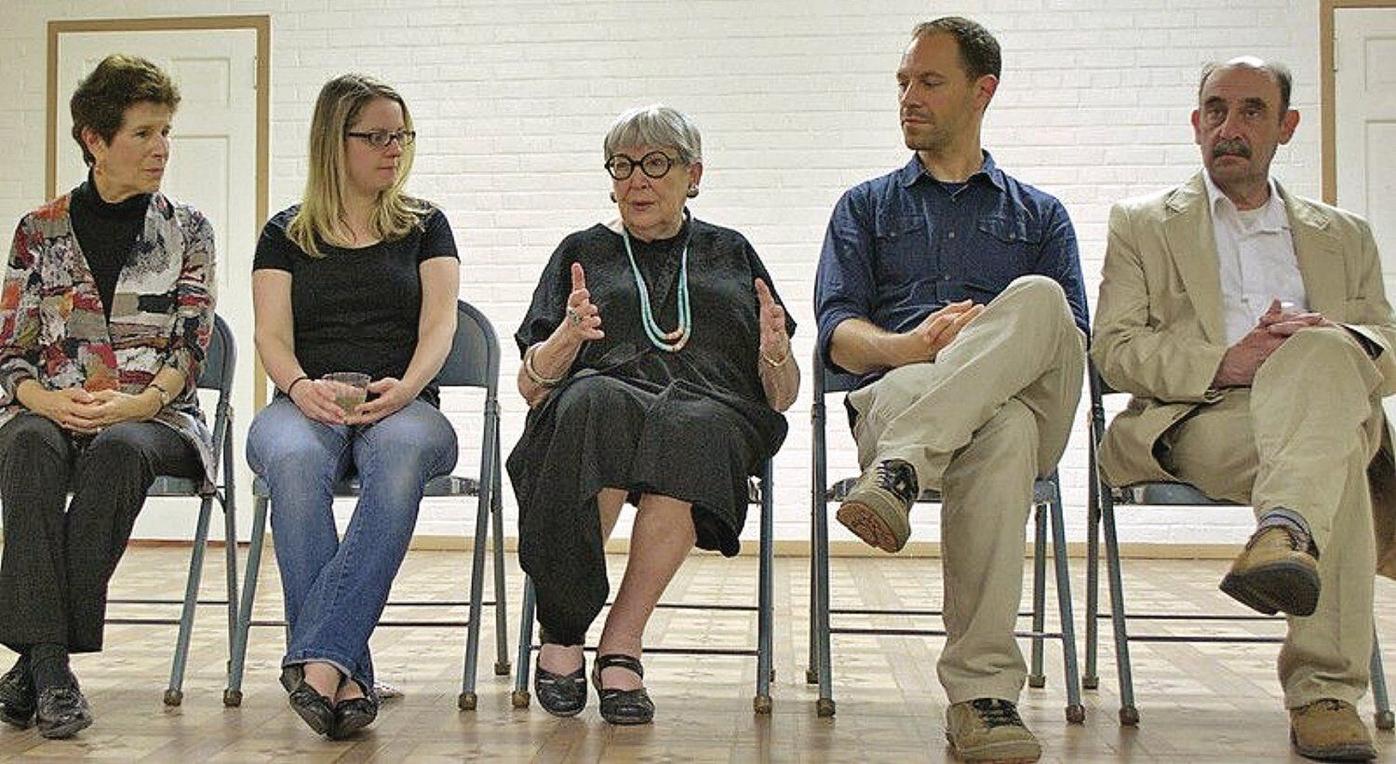 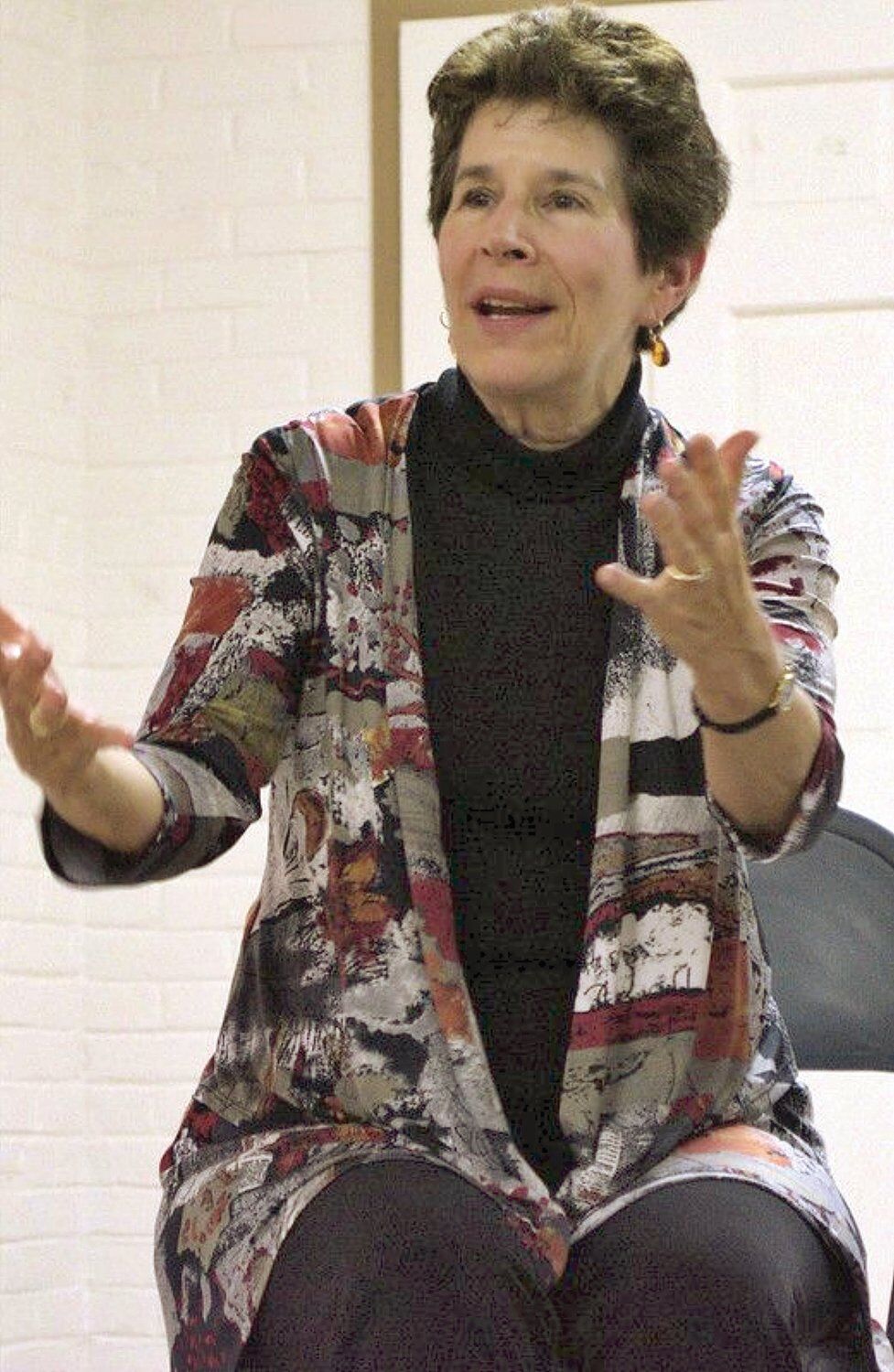 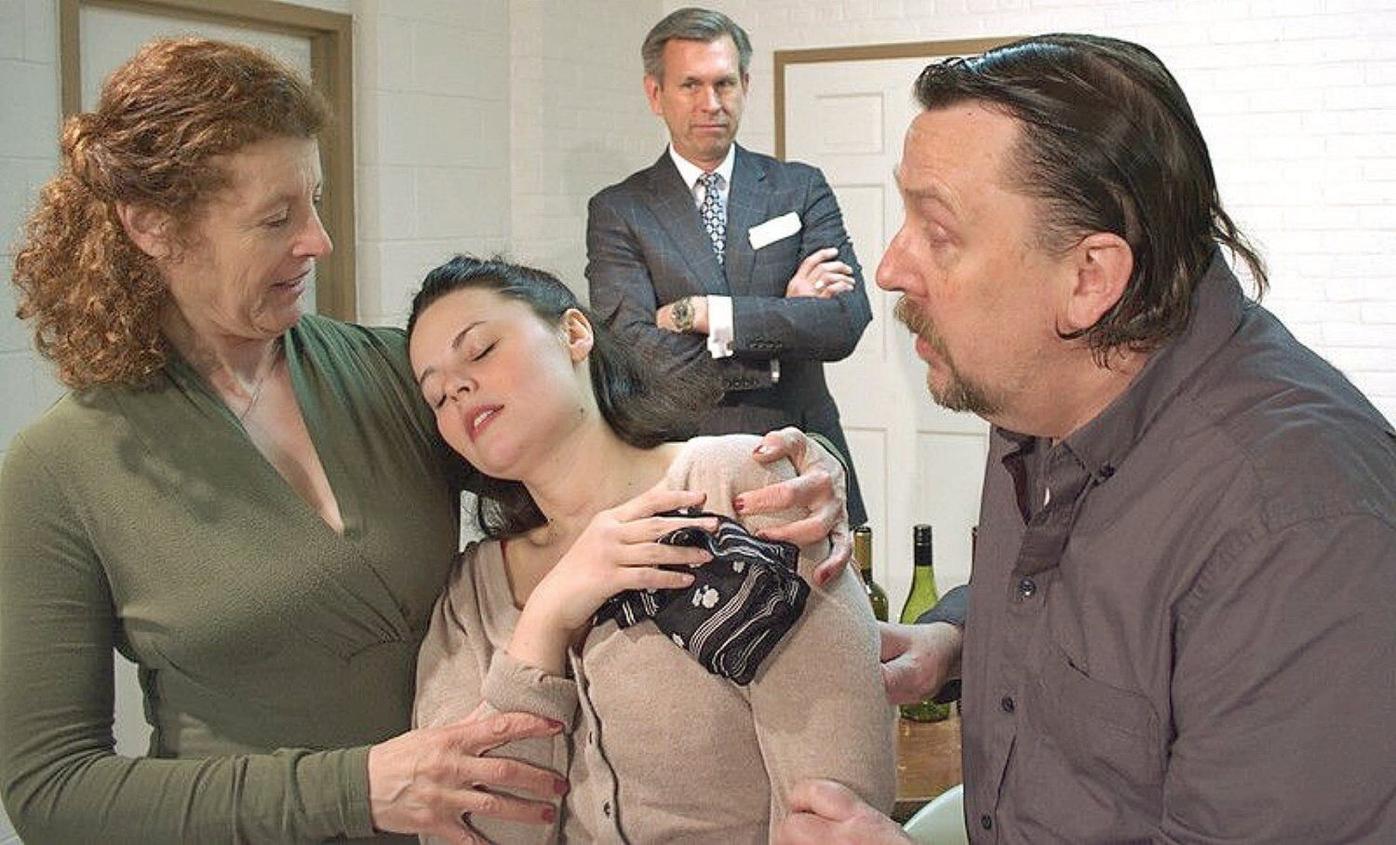 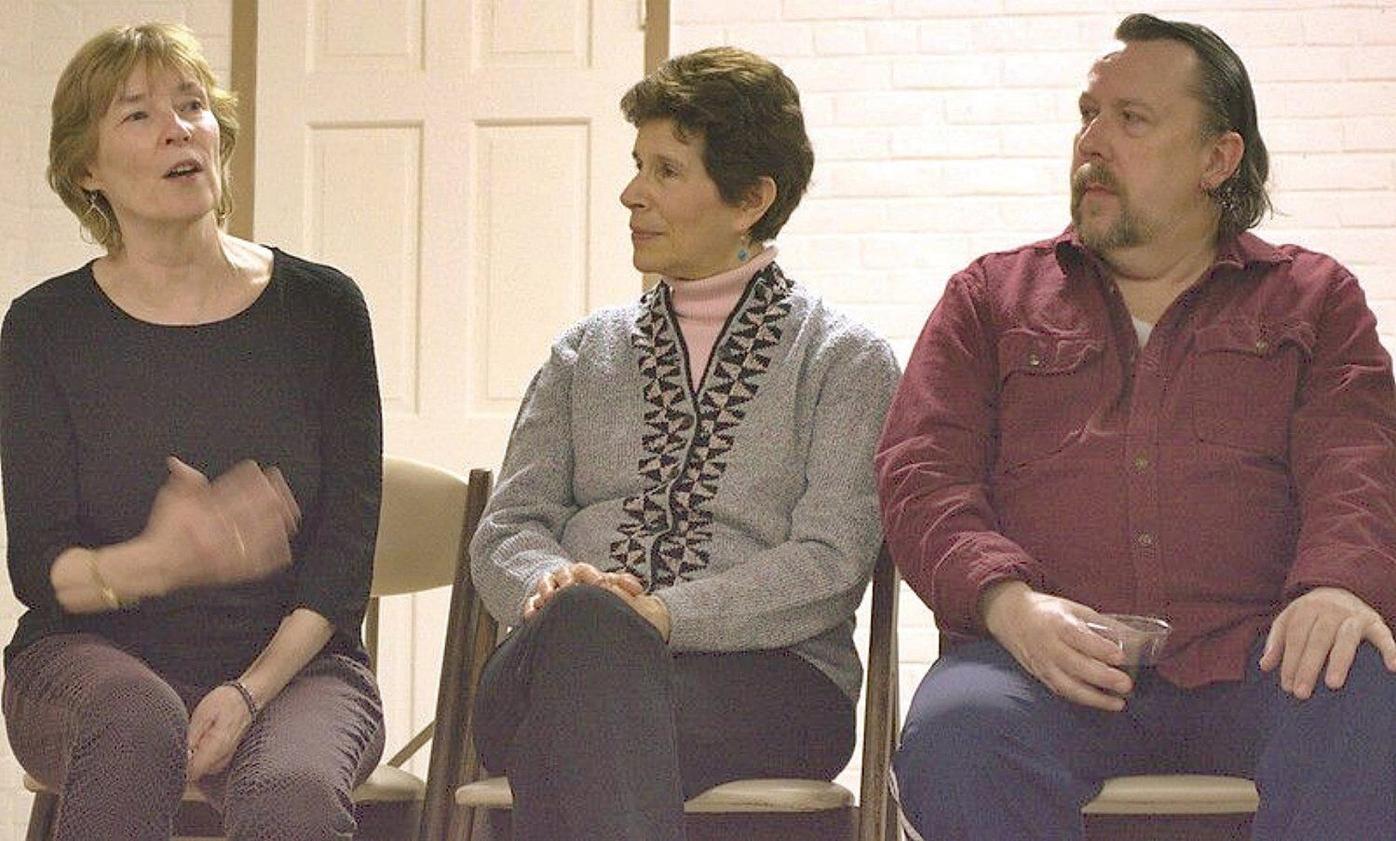 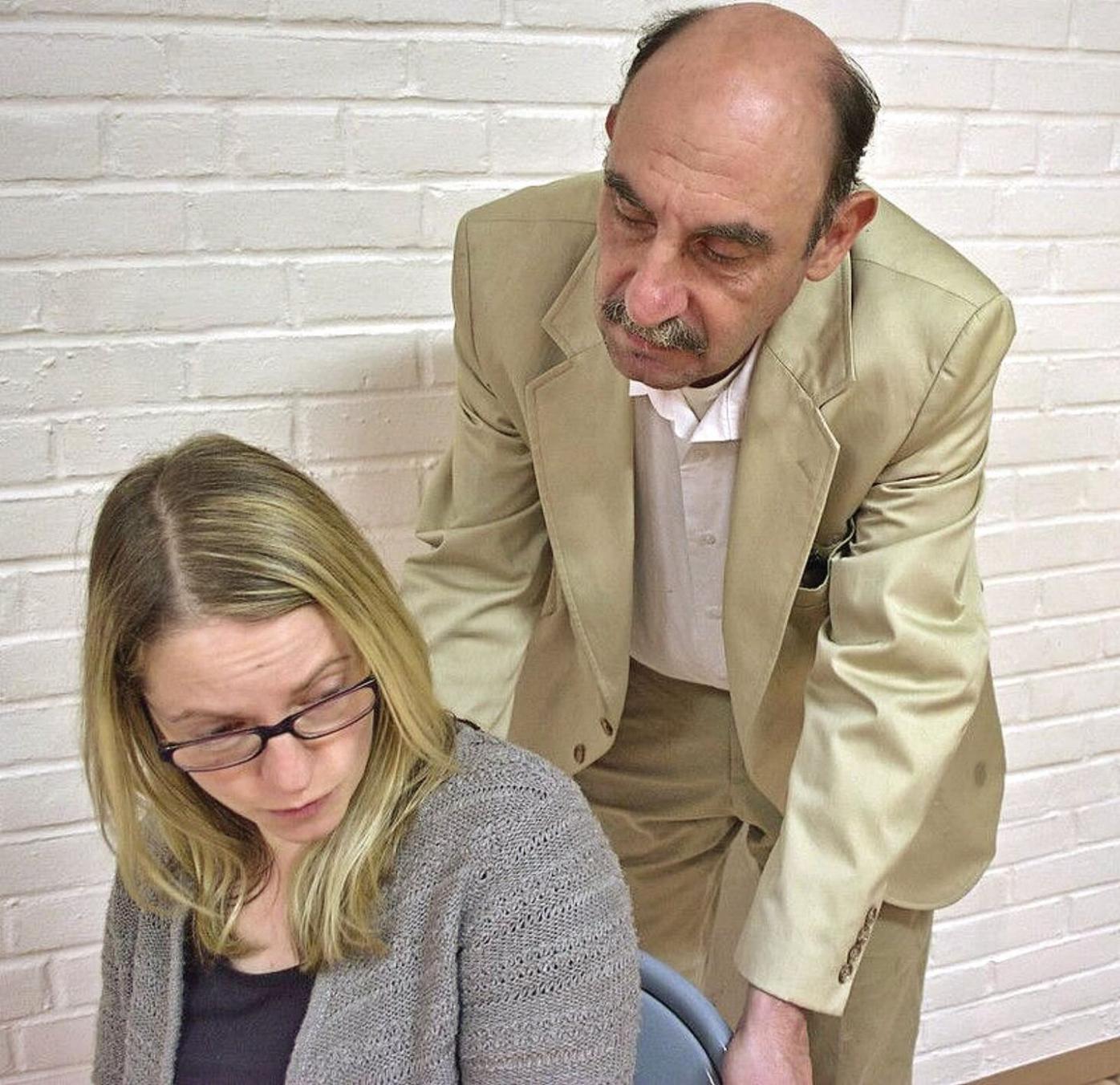 Kate Hettesheimer and Andrew Joffe in a scene from HRC Showcase Theatre's June presentation of Lucile Lichtblau's "The English Bride."

Kate Hettesheimer and Andrew Joffe in a scene from HRC Showcase Theatre's June presentation of Lucile Lichtblau's "The English Bride."

HUDSON, N.Y. — When is life still worth living and when is it not?

That's the crux of "Life Still Is," according to Tony Pasqualini. In the Los Angeles-based playwright's futuristic new work, a pediatrician, Elizabeth, abandons her practice, opting to assist a government agency bent on curbing overpopulation instead. With the program's help, people who deem their lives untenable — perhaps due to health or economic circumstance — can die peacefully and receive money for their sacrifices, passing that compensation onto their heirs.

"It was a little bit of a grisly idea, I admit," Pasqualini said during a phone interview.

But he also felt that it was a concept worth wrestling with, a struggle that Elizabeth endures throughout the play as she faces backlash from a loved one and ambivalence from a client. Willy Loman's choice to take his life as a means to secure his family's financial future at the end of "Death of a Salesman" served as inspiration for Pasqualini.

"What if a government agency formalized that process?" he said he thought.

HRC Showcase Theatre, which will present a staged reading of "Life Still Is" on Saturday night at First Reformed Church, is a fitting ring for Pasqualini's moral tussle. Set to embark on its 29th season, the Hudson, N.Y., organization aims to advance playwrights' revision processes by hosting staged readings of plays in development. Feedback from artistic director Barbara Waldinger and actors in the weeks leading up to the show, as well from audience members during a talkback, makes for an instructive show.

"The whole point of doing the reading is for the playwright to hear his or her work," Waldinger said by phone.

Not all are receptive to such a concept.

"Some playwrights think that their play is so perfect that it doesn't need anything," Waldinger said. "Those are the playwrights we hope not to have."

Waldinger, who is a contributor to The Eagle, has been HRC Showcase Theatre's artistic director for the past 20 years. During that time, she has honed a process that begins with playwrights submitting to HRC Showcase Theatre's annual W Keith Hedrick Playwriting Contest. This year, judges chose five plays from more than 200 submissions to be read during the 2019-2020 season; the contest's winner, Donald Loftus' "The Springvale Armadillo," will close the campaign on May 30.

Playwrights were notified in June. Waldinger subsequently began working on casting the readings and going through the plays "with a fine-tooth comb"; she is directing all of the performances this season. For "Life Still Is," she raised her own questions and those of the cast — Marnie Andrews, Elizabeth Aspenlieder, David Joseph and Danielle Skraastad — through emails to Pasqualini.

"She's taken such a tremendously active interest in the play," Pasqualini said.

For instance, Waldinger initially noted that the work is filled with flashbacks, a potential source of confusion for audience members.

Waldinger's questions about the script have actually helped Pasqualini learn more about his work, the veteran playwright and actor said. He isn't the precious type, but he also understands that listening to people's notes can be overwhelming.

"The key to the whole thing is you have to know the story that you want to tell, both in terms of the plot and the theme of it," he said.

As a director, Waldinger believes that it is vital to preserve the playwright's narrative vision.

"I have a strong feeling that a director is a conduit between the playwright and the audience," she said. "I didn't write the play. I want the play to be what this playwright wants it to be, not what my decision is."

The actors don't rehearse until the day of the reading. They aren't hired to give a static performance.

"We block it so that it isn't just standing at music stands. People are moving around," Waldinger said.

After the reading, a brief reception leads into a talkback. Waldinger often has to get the conversation started; it's more difficult to halt it.

"The audience knows their job, which is to make comments and ask questions and help in the process of revision," she said.

HRC Showcase Theatre has no control over where the plays go from Hudson, Waldinger said. But "The Spanish Prayer Book" and "Nowhere on the Border," for instance, have been given full productions by The Road Theatre Company in Los Angeles following HRC readings. With their extensive feedback and strong casts, the organization's events are an attractive, and uncommon, platform for playwrights to launch new works.

"I think it's unique," Waldinger said.