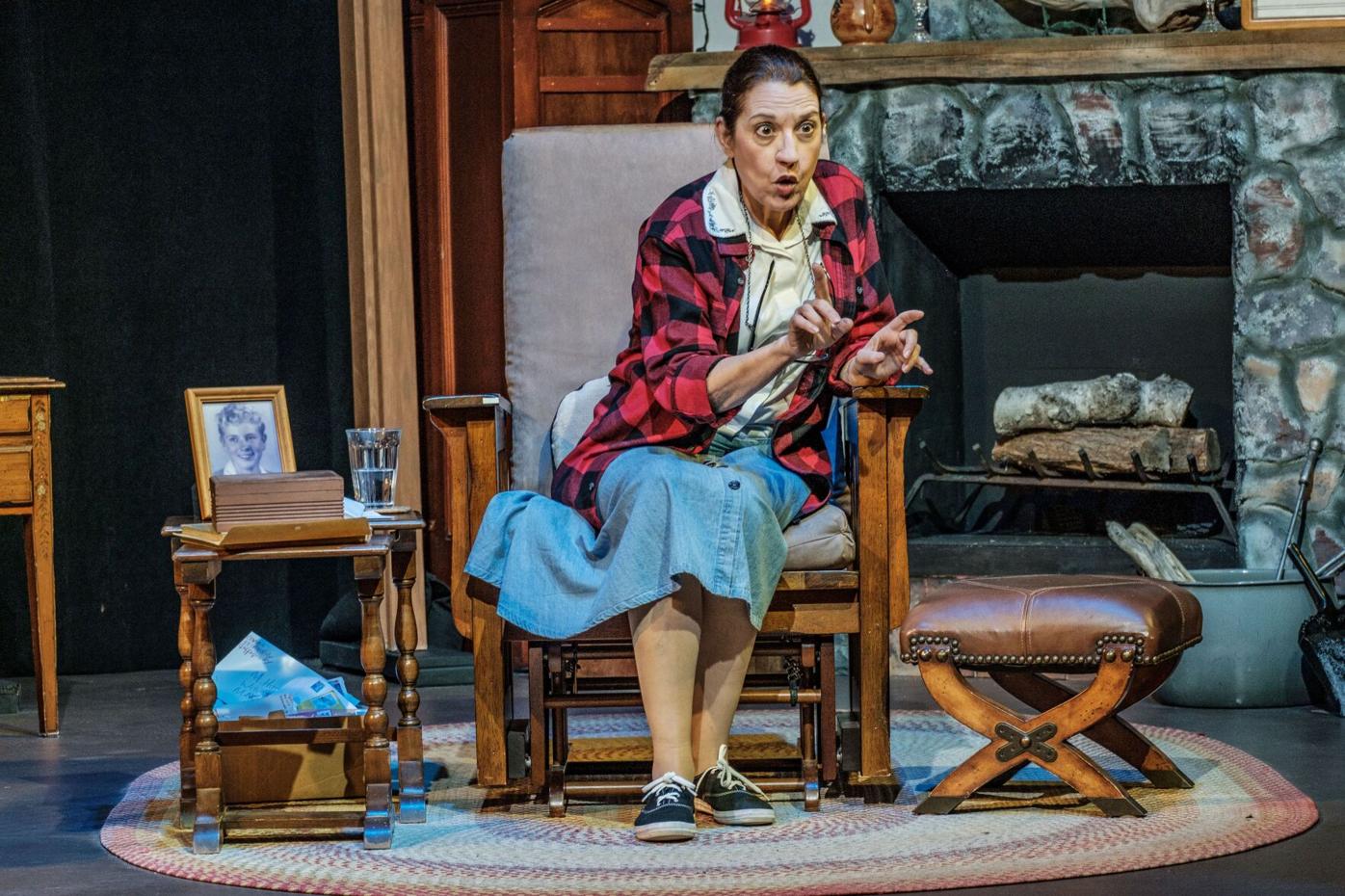 Among the many joys of the immensely rewarding “My Witch: The Margaret Hamilton Stories” is the sheer intelligence with which this solo play about the woman behind the Wicked Witch of the West is shaped. 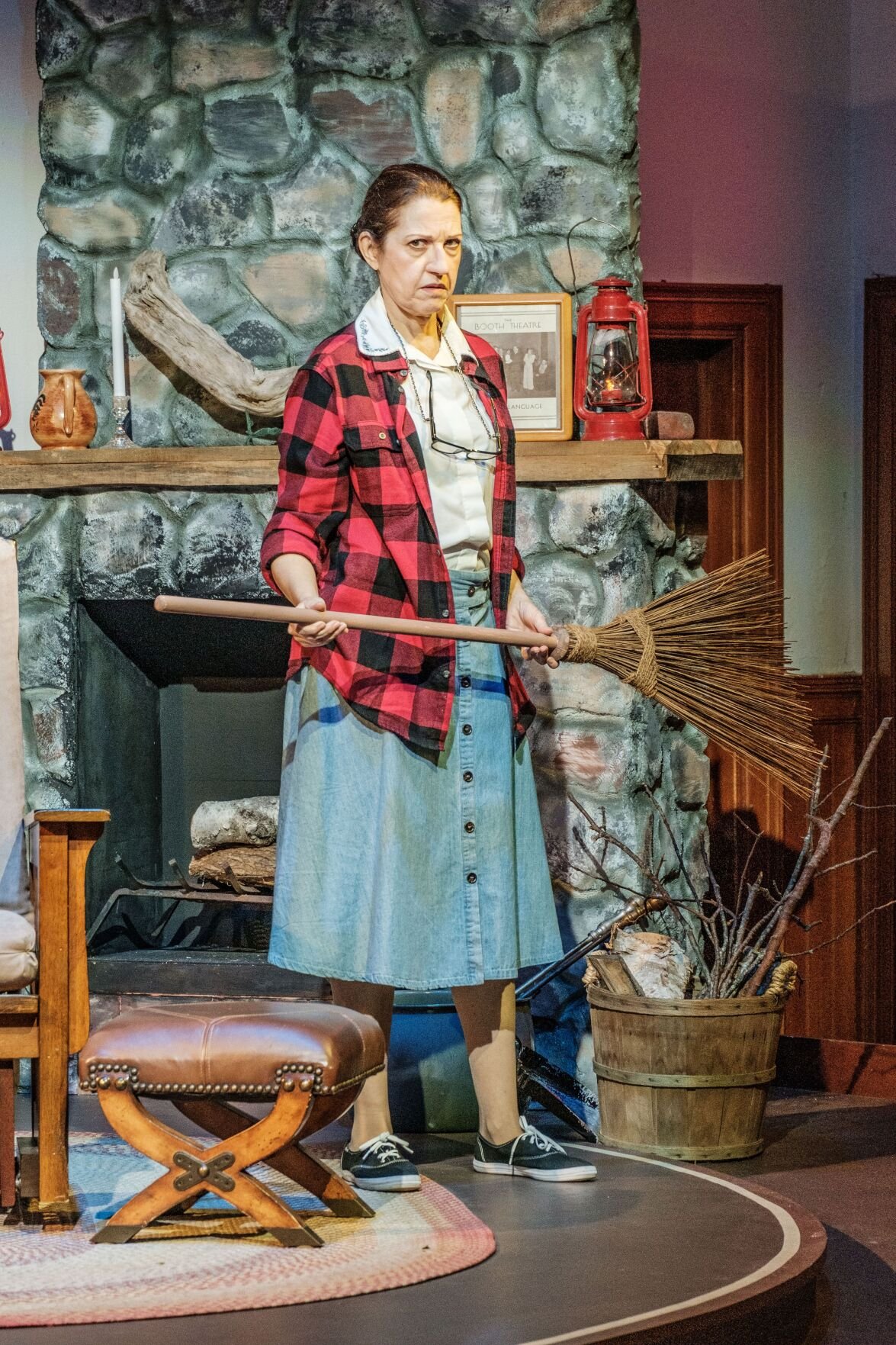 Jean Tafler, as Margaret Hamilton, in Hubbard Hall's "My Witch."

'My Witch' chronicles the life of Margaret Hamilton, best known as the Wicked Witch of the West

CAMBRIDGE, N.Y. — Were it not for a critic, “My Witch: The Margaret Hamilton Stories,” a solo play about the actress best known as “The Wizard…

CAMBRIDGE, N.Y. — Among the many joys of the immensely rewarding “My Witch: The Margaret Hamilton Stories” at Hubbard Hall Center for the Arts and Education is the sheer intelligence with which this solo play about the woman behind the Wicked Witch of the West is shaped.

What: “My Witch: The Margaret Hamilton Stories” by John Ahlin. Directed by Al D’Andrea

COVID-19 safety protocols: Audiences will be masked and socially distanced, with viral air filters running throughout. There are a maximum of 70 seats per show.

Solo biographical plays in which some well-known figure from history, letters, science, the arts, culture, politics, tend to be problematic for me; a formidable, though not insurmountable, challenge to my otherwise willing suspension of disbelief.

In “My Witch,” however, playwright John Ahlin tackles the form’s artificial construct head-on and makes no bones about the fact that what he and his actor-wife/collaborator Jean Tafler have in mind is a full-on, unabashedly theatrical exercise.

The play’s engagement at Hubbard Hall is the second leg of a three-part rolling world premiere that began in October in Freeport, Maine and ends in December at Bridge Street Theater in Catskill, N.Y.

The setting for “My Witch” is a small cottage on an island in an inlet off the coast of Brunswick, Maine, which was Hamilton’s retreat from the world at large. A storm is raging outside the cottage. Lightning flashes behind a shadowy figure standing in the doorway as the play begins; a ghostly figure wearing cone-shaped headgear. As the lights begin to come up, the figure, Margaret Hamilton (Jean Tafler) screams, shrieks at the sight of us, the audience. As the door slams shut behind her on its own, the confused Hamilton realizes the reality of where she is; a place she feels most at home.

“Oh,” she says. “I’m onstage. Hello dears … Yes… I’m talking to you. This is the theater, not the movies, we are all together in one big room. I can see you and hear you.”

And so, for the next 90 minutes or so, this down-to-earth woman — a kindergarten teacher who wound up scaring thousands, millions, of children over the years in her signature role, the green-faced, cackling, ruby-slippers-coveting Wicked Witch of the West, opens the door to a life lived “without scandal” since her birth in 1902 in Cleveland, Ohio; no skeletons in the family closet, she notes.

As played by Tafler, Margaret Hamilton is an endearingly self-effacing, honest, open woman who came to accept the fact that as a “priggish, beaky-nosed, beady-eyed, bony-fractured, lantern-jawed, hatchet-faced, gossipy ol’ vinegary” character actor in Hollywood, she would be passed over for star roles. “The star, the flower, would carry the emotion, the passion of the piece,” she says. “A character actor, the fern, would embellish the plot. Jimmy Stewart, Claudette Colbert, Mickey Rooney and Judy Garland, Lassie were stars. Tarzan’s chimpanzee Cheetah? And me? We’re ferns.”

In a recent interview with the Berkshire Eagle, Ahlin mentioned that information about Hamilton, especially her personal life, was scarce. And yet, he has managed to fill in his richly textured “My Witch” with a wealth of material from her observations of life among the lobstermen in her part of Maine; her childhood.

Hamilton was the fourth child of four — one brother and two sisters. Her father was a successful trust lawyer. She was raised by her sister Glad. She got the acting bug when she was cast as a man in the senior play at her all-girls school and when she declared her determination to be an actress. But in the social and politically conservative climate of her surroundings her parents would have none of that. “You see the Victorian Age ended the year before I was born, but no one told Cleveland,” she says. “And certainly, no young lady from Euclid Avenue went on the stage... we were instilled with the tradition of self-sacrifice, doing things for others. That never left me.

“So, here I was, the very proper young lady from Cleveland, but like that upstanding Dr. Jekyll fellow I’d drink the forbidden theater potion …”

She was sent to Wheelock College, then known as Miss Wheelock’s Kindergarten Training School.

Fate had other things in mind for Hamilton, which she chronicles with love, respect and honesty, with no sense of melodrama or self-pity; more than a tinge of sadness and residual anger when she discusses her failed marriage to a landscaper named Paul Meserve; pride in the only child her marriage produced, a son named Hamilton Meserve.

Her narrative is filled with delicious behind-the-scenes accounts; anecdotes and thoughts about some of the stars and directors with whom she worked. Tafler recreates voices with consummate skill, especially when she recreates some off-camera give-and-take between Mae West and W.C. Fields on the set of “My Little Chickadee,” including one exchange that, in Tafler’s delivery, resounds as what is perhaps the performance’s funniest line.

And, of course, deep into “My Witch” Hamilton takes a chair, sits downstage center and, with the audience’s eager acknowledgement, talks about the making of “The Wizard of Oz” — casting decisions; changes, and proposed changes, to the material (Hamilton’s mention of the fact that studio heads at MGM wanted to cut the movie’s anthemic “Somewhere Over the Rainbow” drew some gasps from the audience at the performance I attended); thoughts about her costars, especially Billy Burke (Glenda, the Good Witch), and Judy Garland; and her chilling, straightforward account about the accident during filming of the Wicked Witch of the West’s melting scene that nearly left her horribly and permanently disfigured.

Hamilton spends some time on Garland with insights that are poignant, affecting and non-judgmental. Particularly touching is her recollection of meeting with an adult Garland, late in the star’s career, in her dressing room at the Palace Theater in New York where she was doing a solo engagement.

“She just looked up, and burst into tears,” Hamilton says. “She grabbed me saying ‘Oh, my witch, my witch…’ Clinging to me like she was a child … I’ve never been hugged like that … like she was trying to find something she lost … or never had... like she would never let go. ‘My witch … oh … my witch…’”

Hamilton’s narrative is not without reflections on the impact 12 minutes on screen in a true film classic had on her person; the challenges of finding success, and losing it. Tafler delivers all this with authenticity and a welcoming, ingratiating spirit

While Hamilton is spinning her narrative, she goes about her business — considering the possible content of a commencement address she’s been invited to give at Wheelock; preparing for an audition before director Harold Prince and composer-lyricist Stephen Sondheim for a pivotal role in a national tour of “A Little Night Music;” making meringues for some expected “special” guests.

Laced with some contributions from Tafler, Ahlin’s script is smart, sly, wickedly clever, richly subtle. While the life-lesson aphorisms Tafler’s Hamilton contemplates conveying to the Wheelock graduating class seem somewhat sampler-appropriate, the effect of “My Witch” on the whole is robustly theatrical, sublimely warm and richly satisfying.

“Sometimes home is the place we find, not the place we come from,” Tafler’s flower-among- ferns says near the end of “My Witch.” “And this place fits me like a pair of slippers.”