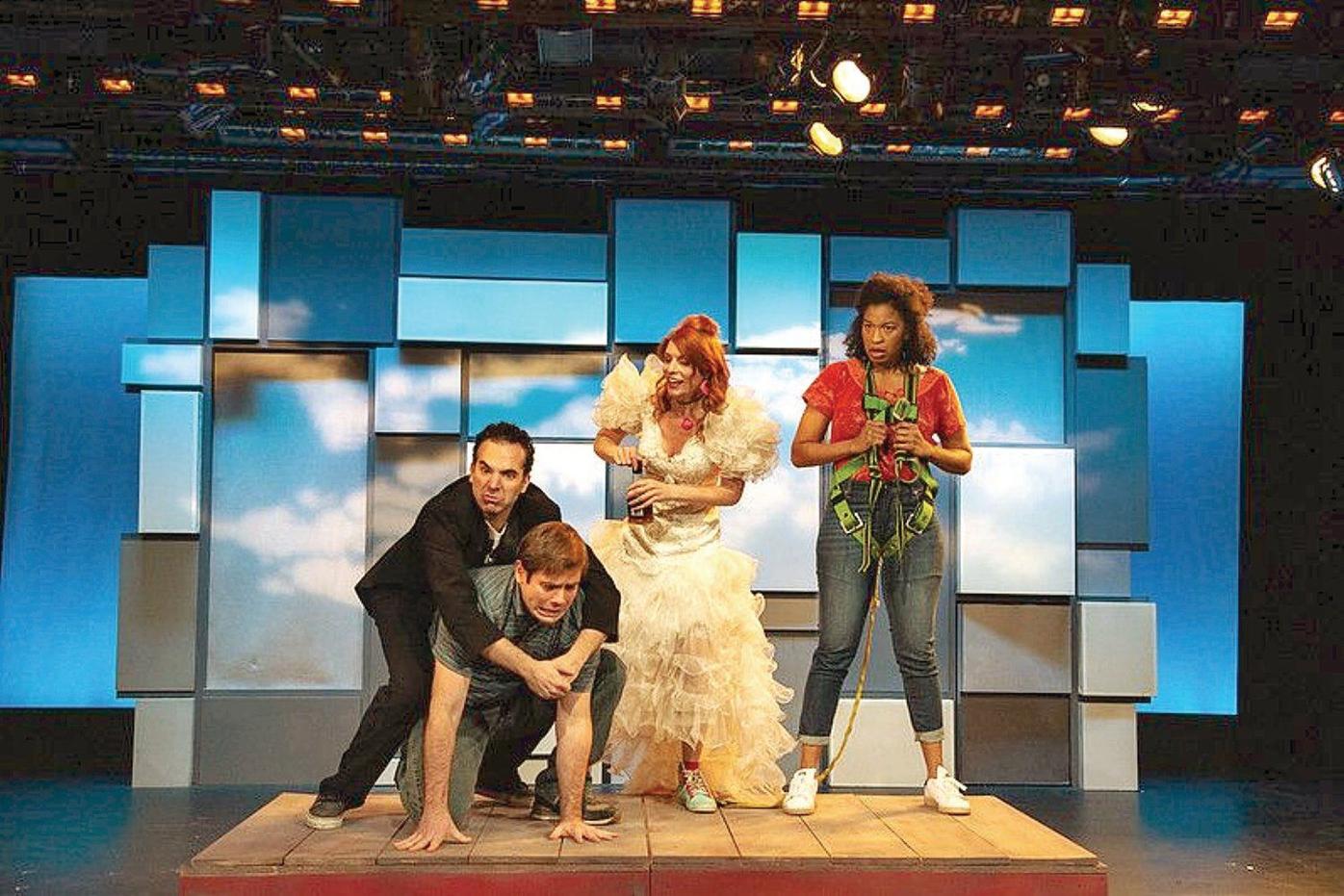 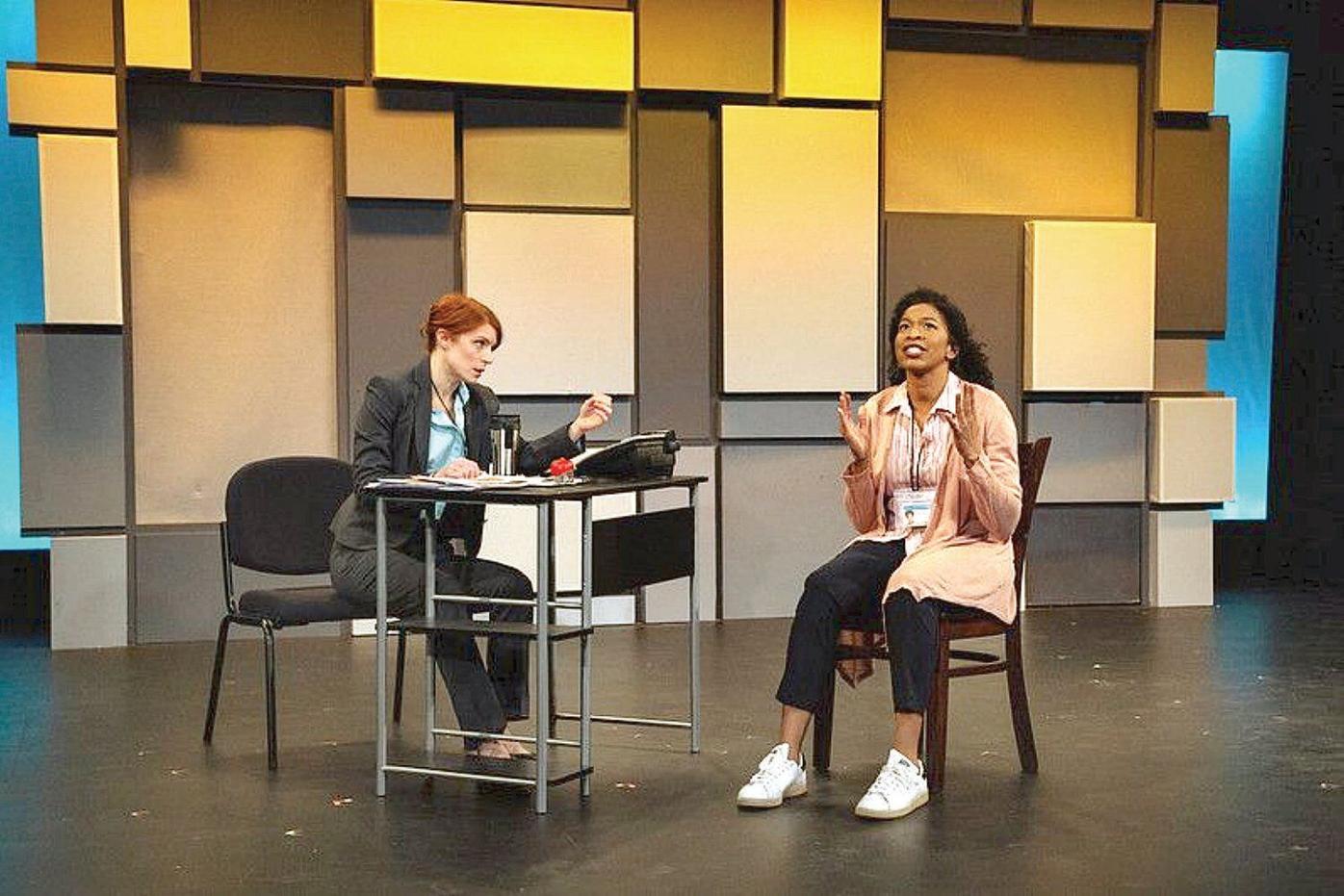 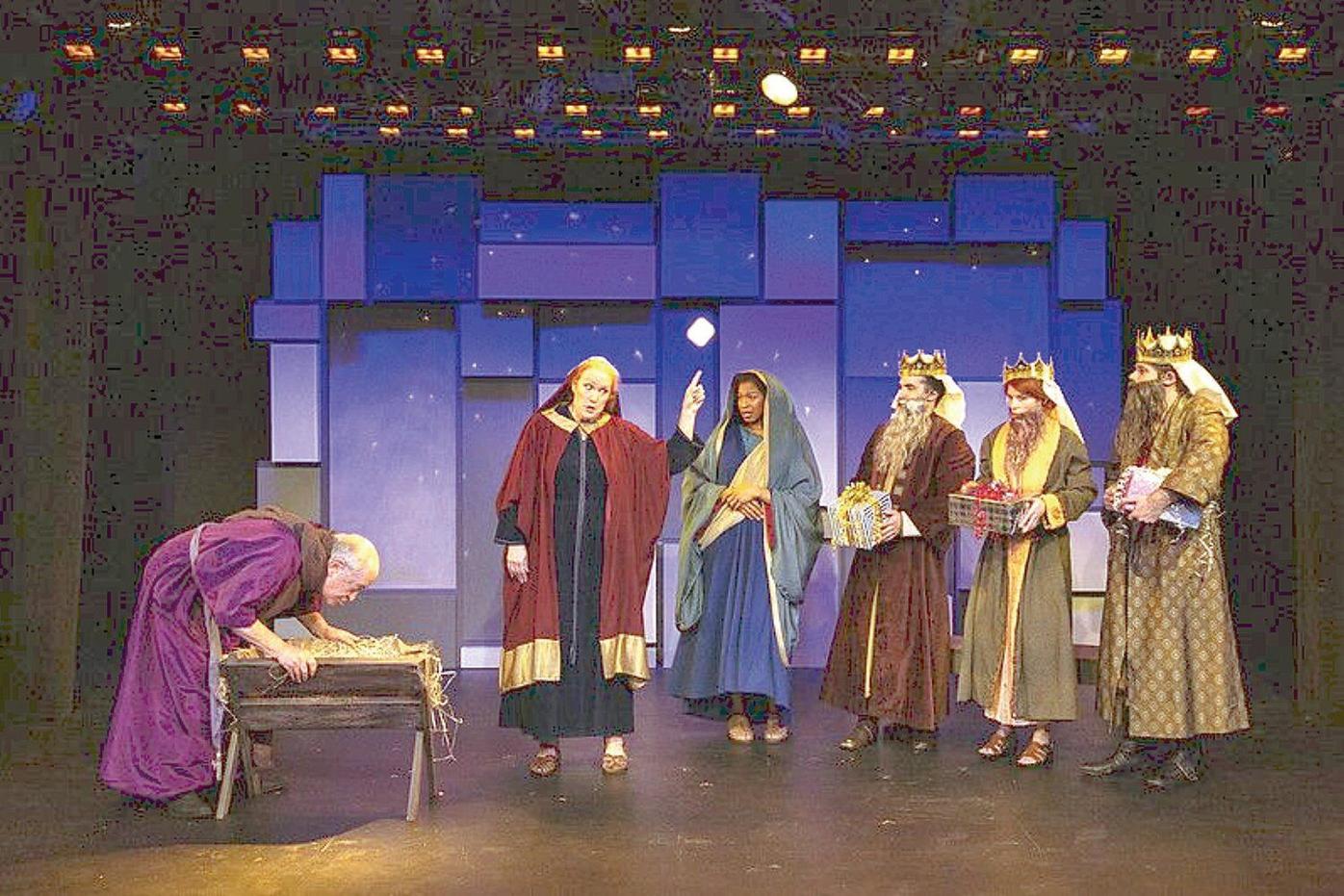 PITTSFIELD — When it's good it's very good — insightful; feeling; funny; an object lesson in just how much more less can be. When it's not good, it's when some of the plays in Barrington Stage Company's Ninth Annual 10X10 New Play Festival snatch defeat from the jaws of victory by falling short of the promise of its premises either by simply running out of steam or introducing turns that feel more arbitrary than purposeful. On the whole, this year's 10X10 falls short of the high bar established last year.

Once again, as has become a hallmark of the "Tens," Julianne Boyd and Matthew Penn's direction of these 10 roughly 10-minute plays is adroitly; sensitive to the emotional nuances of often difficult relationships and keenly in tune with the wry, tongue-in-cheek humor and wit that flavors much of the writing. And, once again, Boyd and Penn have assembled a first-rate ensemble of actors — 10X10 veterans Peggy Pharr Wilson and Keri Safran, and newcomers Doug Harris, Maya Loren Jackson, Peter Macklin and Kenneth Tigar.

The program begins with "Five Seconds," a play by Connie Schindewolf, that considers the notion that if less can be more in only 10 minutes, how much more can less be in only five seconds. The play is set at an audition for actors to perform in an event called Festival 1600 — 1,600 five-second plays that will be performed nightly by 400 actors under the direction of 200 directors.

And so the actors, in turn, are given complete five-second scripts to perform for their respective auditions. It's a clever premise that takes more than five seconds but considerably shorter than its explosive 10 minutes to run out of steam.

Tigar returns as another theater impresario in Ann Marie Shea's "With Improvements by the Actors." This time out, Tigar plays an Elizabethan stage director named Dick who, in preparation for its premiere, is rehearsing the very opening scene of "Hamlet" with two actors, Jack (Macklin) and Algernon (Harris), who are having trouble understanding the sense and sensibility of the roles they are playing and the situation their respective characters are in. A faint whiff of Monty Python lunacy hangs in the ether of Shea's witty play, which, unlike "Five Seconds," sustains itself right up until it trails off into encroaching darkness at the end.

Premises never do get off the ground in Cynthia Arsenault's "Digital Detox," in which digital addicts are de-programmed and rehabbed, and Deirdre Grand's "Are You One of Those Robots?" which has a been-there-done-that feel as a burned out, lonely Tele-Nurse has an unexpecvted rendezvous with the unfinished business of her past.

Two gratuitous turns — one in Scott Mullen's "Jill Takes a Leap;" the other in Jessica Provenz' "Stay, Please" — get in the way of two otherwise sweet, affecting plays about life lessons and the extent to which we are taken in order to learn them.

"Jill Takes a Leap" finds a terrified young woman named Jill (Jackson) all harnessed up, standing on the edge of a platform 30-feet above the ground, ready to bungee jump for the first time in her life. It's part of plan she has to experience some things in life she's always wanted to experience before marrying, in only one more week, a conservative young man who, it would seem, does not share her curiosity about life. Her guide here is an ingenuous, inexperienced young man named Gary (Harris) who is brand new on the job and nearly as filled with uncertainty about the direction of his life as Jill is about the direction of hers. Their conversation is incautiously interrupted by the appearance of a soon-to-be-married couple — the sublimely inebriated Carleen (Safran) and her groom-to-be, Wesley (Macklin); she in her wedding dress, he in a tux as they prepare to take their vows — and so much more — during their jump. The appearance of this throw-all-caution-to-the-winds pair sends a message to Jill about needing to live one's best possible life. But given Mullen's writing and the strength and understanding of Jackson and Harris' performances, under Penn's direction, I'm not convinced Jill, and Gary, for that matter, couldn't have reached the point they each reach without this manipulation.

Much the same feeling infuses Provenz' "Stay, Please," which chronicles the desperate length to which a 78-year-old widow of nearly three years will go to reach out to and, she hopes, form a romantic bond with an 80-year-old widower of only one month. Elaine (Wilson) and Bruce (Tigar) are next-door neighbors in a gated retirement condo community in Boca Raton, Fla. Bruce comes downstairs to find Elaine sitting in his dark kitchen, silent, waiting for him. She has brought with her a homemade lasagna, a bottle of wine and one more highly unexpected item that is guaranteed to make Bruce sit and eat and makes clear just how far along Elaine is in her loneliness and determination to get what she wants. Wilson and Tigar are an affecting, believable pair quite on their own. Provenz' writing is authentic and nuanced, also on its own; without artifice or forced manipulation.

Speaking of twists and turns, Erin Osgood's "Minor Deviations" — with Macklin as a husband looking for an android replacement for his dead wife, Wilson as the head of an agency that can meet his needs, and Safran as various android models — has a dandy.

This year's "Tens" is at its most rewarding in "Closing Doors," a gripping play by John Minigan, directed by Penn and featuring Safran as an assistant principal at an elementary school and Jackson as an old friend and fourth grade teacher who is being called on the carpet for doing the wrong thing for a righteous reason during an open shooter drill at school; and Robert Bublitz' "My Body," with Harris and Safran, set in a female-dominated society in which men's natural biological imperatives are, figuratively and quite literally, collared.

The issues in both these plays are burning and current. The irony of listening to a man pleading for the right to determine for himself how he can use his own body is sharp and penetrating. The stakes are just as high in "Closing Doors" for a fourth grade teacher (Jackson) who has violated the active shooter drill protocol by opening her classroom door to admit in a boy who has been accidentally left in the hallway where he has been terrified by a police officer. Her job clearly is at stake as she clashes with her friend, the school's assistant principal (Safran), over her action and is faced with a choice. The particular skill here is the blurring of the lines between these two women. No villains here except the system; the broader culture; unfair; unjust; wrenching.

The ideas and issues are potent enough. Minigan, Bublitz, Penn, Boyd and their enormously skillful actors place the focus of these issues where they resonate most — human beings.

10X10 begins on a note of whimsy and ends on a chorus of the obvious, Mark Harvey Levine's "OyVey Maria," a harmless, daffy piece about the Nativity that casts Mary's mother, Ann (Wilson), as the quintessential Jewish mother. Most of the humor is obvious and easy; some cleverer than that; the pace maddening. Unfortunately, a seeming whose-line-is-it-anyway moment diffused the head of steam this harmless, silly piece had generated. Live theater! The adventure beckons.