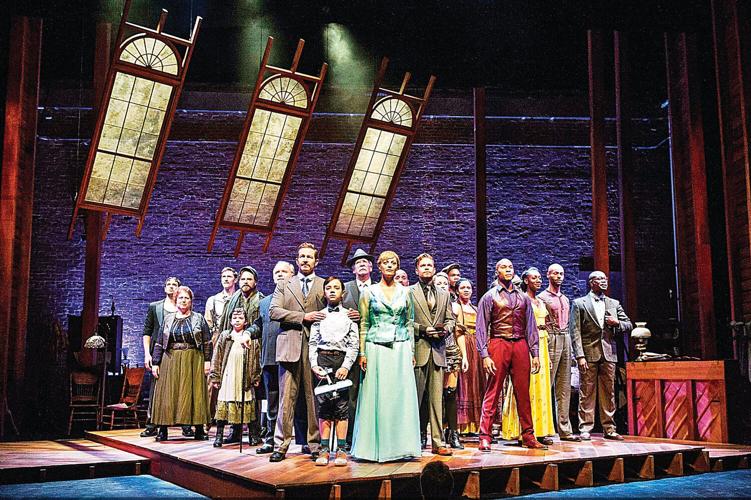 The Company of Barrington Stage's "Ragtime," directed by Joe Calarco. The production was a top pick for Eagle theater critic Jeffrey Borak. 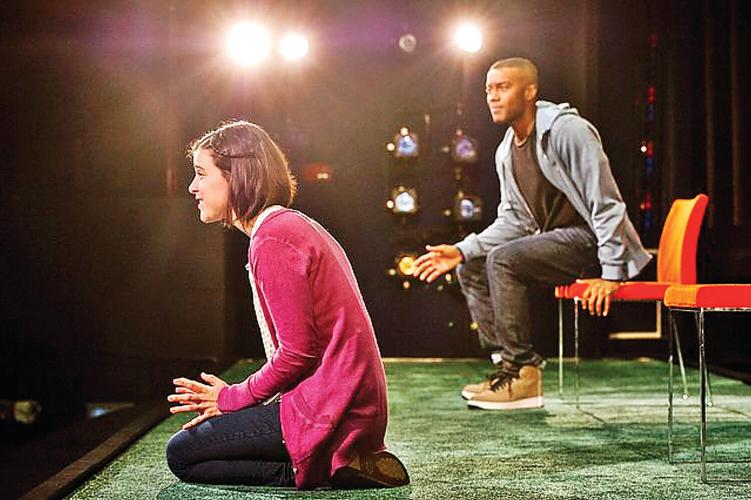 Alexandra Socha as Amber and Joshua Boone as Tom in Anna Ziegler's "Actually," which had its co-world premiere, in collaboration with Geffen Playhouse in Los Angeles, in August at Williamstown Theatre Festival. 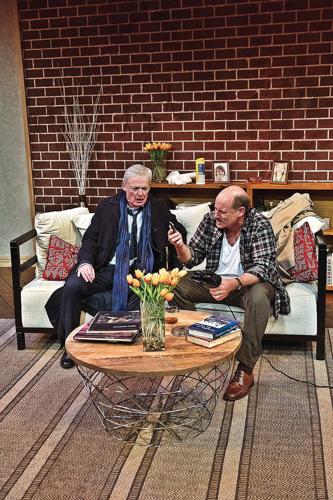 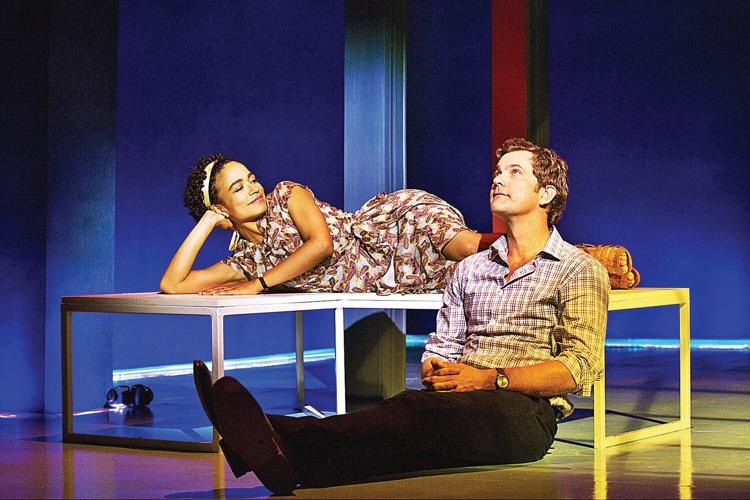 Berkshire Theatre Group's production of "Children of a Lesser God" was an engaging revival, according to Borak.

The Company of Barrington Stage's "Ragtime," directed by Joe Calarco. The production was a top pick for Eagle theater critic Jeffrey Borak.

Alexandra Socha as Amber and Joshua Boone as Tom in Anna Ziegler's "Actually," which had its co-world premiere, in collaboration with Geffen Playhouse in Los Angeles, in August at Williamstown Theatre Festival.

Berkshire Theatre Group's production of "Children of a Lesser God" was an engaging revival, according to Borak.

So, here we are, the end of another calendar year and my annual choices of the 10 best productions — plus a few runners up — over the course of the past 12 months.

Again, the summer season was the heartbeat. Diversity reared its head on Berkshires stages in ways we've not seen. A large number of plays dealt with a host of racial and social issues. More than that, it seems to me we saw more color-blind casting; lots more.

It also seems to me there was a sense of intimacy — call it human authenticity — about most of the productions I saw this year, even in such "big" shows as "Ragtime" and "A Legendary Romance." We saw the world at large through the prism of one-on-one human interactions. Less definitely was more.

The 2018 season begins in Hartford, Conn., in mid-January with "Feeding the Dragon" at Hartford Stage, followed at nearby TheaterWorks by a hugely promising production of Nick Payne's compelling, decidedly offbeat love story, "Constellations," for which the intimate theater is being wholly reconfigured. Rob Ruggiero, TheaterWorks' producing artistic director, who directed TheaterWorks' memorable production of the Pulitzer Prize musical "Next to Normal" in late spring, is directing.

Capital Rep in Albany, N.Y., checks in late in January with the world premiere of Steven Peterson's "Paris Time," about anti-Semitism in France.

This powerful, haunting, sprawling musical is finding life on college and high school stages, but it's been a rarity in professional theaters. It is big, bulky, weighty and often gets in the way of its storytelling, this despite a richly tuneful, evocative score by Stephen Flaherty (music) and Lynn Ahrens (lyrics). Credit director Joe Colarco, then, with shaping Terence McNally's book — based upon E.L. Doctorow's novel about the American dream between the turn of the century and World War I — into a lean, focused, deeply moving theater experience that flowed across Barrington Stage Company's main stage with cinematic ease and fluidity, reminding us, in the process, of what it truly means to be an American and a human being, even in the face of formidable social and political obstacles.

2. EDWARD ALBEE'S AT HOME AT THE ZOO (Berkshire Theatre Group)

Director Eric Hill and a truly remarkable cast — David Adkins, Tara Franklin, Joey Collins — got deeply under the skin of two Edward Albee companion pieces and challenged, provoked and unsettled audiences in ways in which you want theater to challenge, provoke and unsettle audiences.

The center of this play, the third in Neil Simon's autobiographical "B" trilogy, revolves around the determination of two brothers to leave their Brooklyn home and make careers as comedy writers for radio. But in this beautifully crafted production, director Eric Peterson and his exceptional acting ensemble made a case for this play as a substantive, keenly felt and observed dramatic comedy about the nature of family and the effort it takes to define and maintain the bonds of family even as those bonds are being pulled every which way, often at once.

An emotionally and intellectually engaging revival of a rarely produced play that focuses on the relationship between a male teacher in a school for the deaf and a fiercely proud, outspoken, passionate female student — a housekeeper at the school — who challenges every notion the teacher has ever had about himself, about love, about his relationship not only with her but to his work.

A meticulously crafted, cannily acted production of Sarah Ruhl's magnificently balanced play about love, laughter, cleanliness (figurative and literal) and a successful woman whose life may not be quite as pristine and orderly as it seems.

Under Daniel Elihu Kramer's direction and with actor Joel Ripka at the center — aided and abetted by members of the audience — Chester Theatre Company went for broke and got beyond in this thoroughly engaging production of Duncan Macmullan's deeply reflective and knowing play about the things that matter most in life.

Two bright Princeton freshmen — she is white; he is black — are caught in the complicated she said/he said of sexual and racial politics in this delicately crafted production of Anna Ziegler's stimulating new play.

8. I AND YOU (Chester Theatre Company)

Lauren Gunderon's emotionally rich two-hander about two teenagers — one a girl facing a life-saving surgical procedure; the other a male classmate she's never met who shows up at her house, unannounced, as a voluntary partner of a class project involving Walt Whitman's "Leaves of Grass" — was given an expertly acted, compact, beautifully focused production under Kristen van Ginhoven's shrewd direction.

A playground encounter between two 11-year-old boys is nothing compared to the brawl that breaks out under the guise of civility when the boys' respective parents meet to sort out responsibility, apology and recompense in a play whose visceral force and wit was matched ounce for ounce on Shakespeare & Company's Elayne P. Bernstein stage.

A fascinating, big original musical that had way too much on its mind, received a bold, galvanic, emotionally and theatrically charged production at Williamstown Theatre Festival that just wouldn't let go — and, four months later, still hasn't.

And at Barrington Stage, director Julianne Boyd, with a magnetic Aaron Tveit in the lead, served up a smooth production that did Stephen Sondheim's landmark musical proud.

- Waiting in the wings (in order of being seen): "Next to Normal" (TheaterWorks); "Kunstler" (BSC); "Moonlight & Magnolias" (Oldcastle); "Lost Lake" (BTG); "The Rocky Horror Show' (Town Players of Pittsfield)