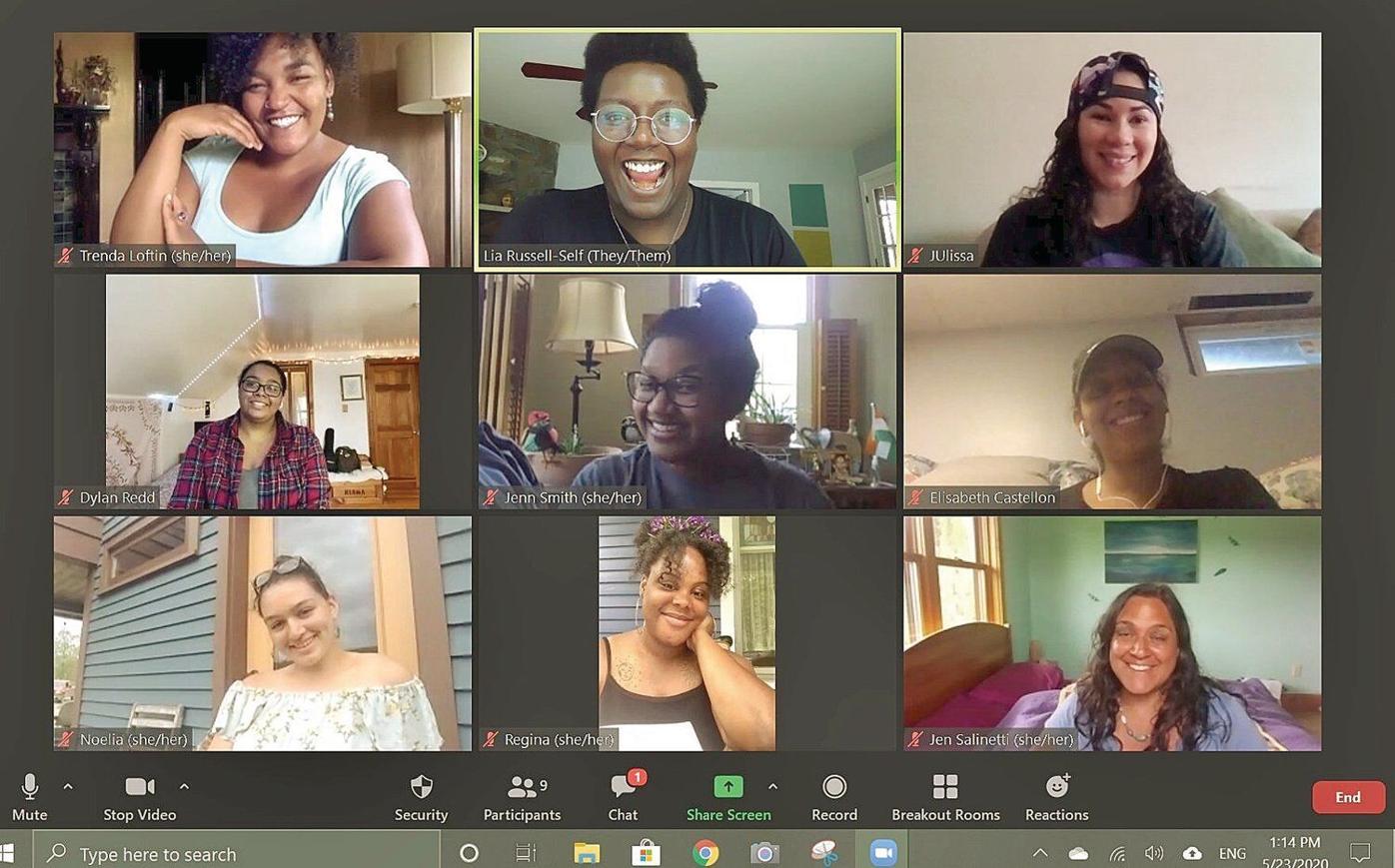 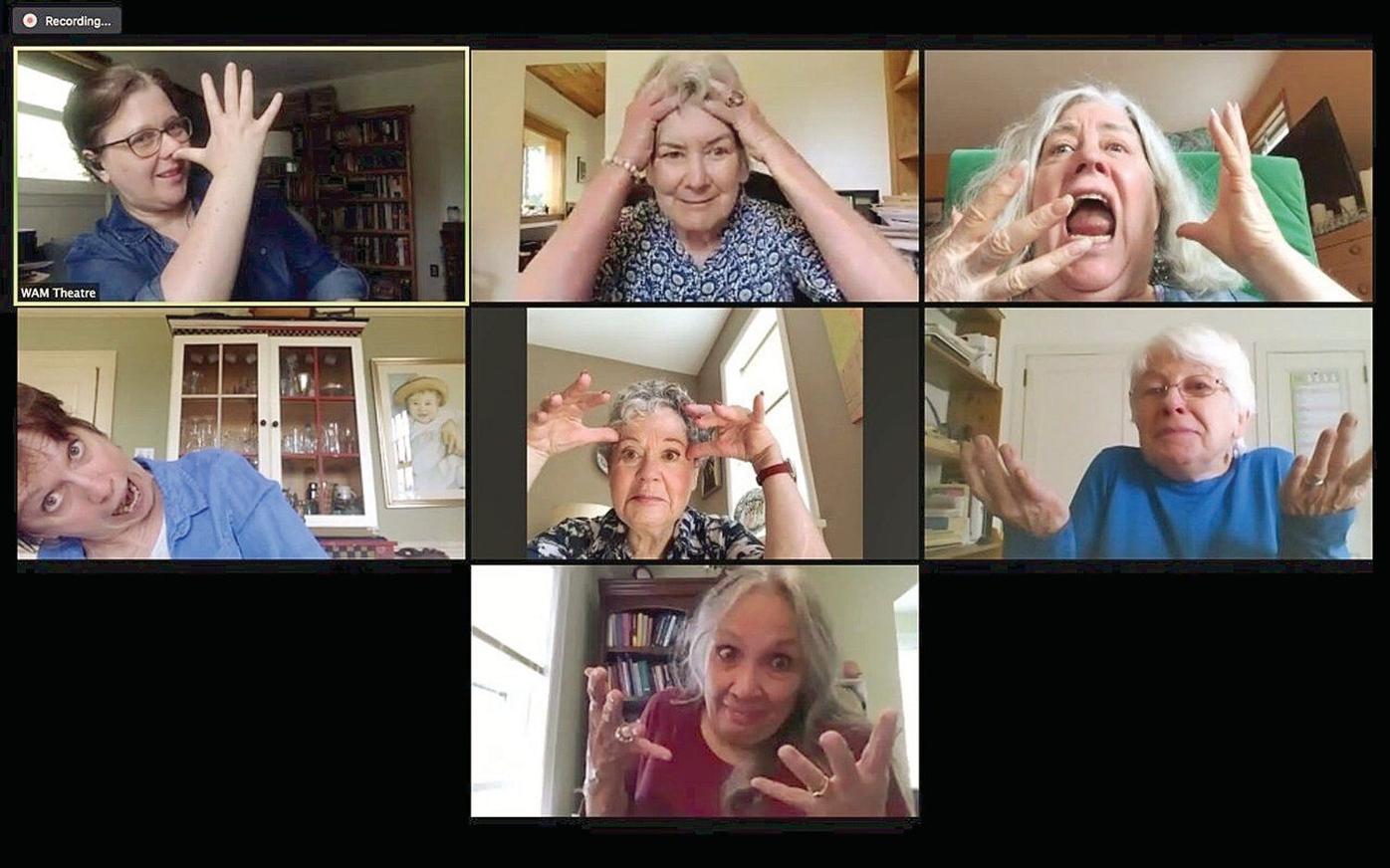 WAM's Elder Ensemble has produced touring productions since 2015. This year, due to COVID-19, the ensemble is working on a virtual art gallery focused on the theme of "suffrage."

WAM's Elder Ensemble has produced touring productions since 2015. This year, due to COVID-19, the ensemble is working on a virtual art gallery focused on the theme of "suffrage."

Among the online offerings this summer is WAM Theatre's "The Suffrage Project," an exploration of citizenship, which observes the 100th anniversary of American women securing the right to vote and will receive an online "opening" on July 26. Developed by two of WAM's community ensembles, "The Suffrage Project," which will be presented in the form of a virtual art gallery, seeks to start a dialogue about how far America has come since 1920 and how far America has yet to go.

In its 10 years in Lenox, WAM (a name which stands for "Where Arts and Activism Meet") has carved out a niche in the Berkshire theater scene by producing works about social issues related to women and girls. In addition to professional productions, WAM promotes community engaged theater; WAM's Teen Ensemble and Elder Ensemble have devised original touring productions since 2015 centered around broad themes like "labeling" or "protesting." The centennial of the 19th Amendment's passage made "suffrage" an obvious choice for this year's theme, though suffrage is not an obvious concept.

"We decided that we wanted to do it on the theme of suffrage, but extend that to the theme of citizenship to make sure we're not just celebrating something that happened a hundred years ago," said Talya Kingston, WAM's associate artistic director, who oversees the Elder Ensemble. While the 19th Amendment secured voting rights for white women, Kingston explained, many black women still faced barriers to voting decades after 1920 as literacy tests, grandfather clauses, and other discriminatory voting procedures prevented women of color from accessing the polls.

Conversations about how race informs "The Suffrage Project" thus prompted the creation of a new ensemble — the People of Color (POC) Ensemble, a group of nonwhite theater-makers led by Associate Producing Director Lia Russell-Self and actor/director Trenda Loftin.

"If we're going to be examining the 19th Amendment and the anniversary of it, we need to dive deep and dig in, which is how the POC ensemble got started," Russell-Self said. "Our first Zoom meeting happened at the end of April, and everyone that was on the call was so excited. It was about 12 of us together and it was so obvious that this was something that needed to keep going and keep happening."

The art featured in "The Suffrage Project" was developed throughout the spring by the Elder Ensemble and the POC Ensemble, who met separately over Zoom to partake in writing prompts and artistic exercises. In a normal year, these exercises would kickstart the devising process, which culminates in a staged production — this year, they were the final production.

"We usually start our process with our ensemble by giving them the theme, giving them a bunch of resources, and asking them to create an original piece of art — anything, a photograph, a painting, a poem, a dance, anything based on that theme to bring into the room, then we start our devising based on the material they bring in. And I thought, 'Well, we could do that part,'" Kingston said.

Kingston and Russell-Self worked with the curators of the Berkshire Museum's exhibit "She Shapes History" to compile primary source material about suffragists and marginalized freedom fighters that inspired the work of the ensembles. "We've really explored many different directions — like when was the first time you remember voting for anything?" Kingston said. "We've told stories about voting for the cute boy in the class for class president, or union votes, or people standing outside to campaign for Elizabeth Warren."

In the POC ensemble, conversations went beyond suffrage to include workplace discrimination and the disparate effects of the COVID-19 pandemic on communities of color.

"While some of us are essential workers and aren't, there's still a sense of 'my community and my family' having to suffer through this and that is something that's political that goes past suffrage," said Russell-Self.

Without a culminating staged production to work toward, both ensembles have been able to dig into the creative process more deeply.

"The world seems to be breaking apart, but we're still doing something within it, which is very satisfying, just to be creating with people and hearing their stories," said Kingston. "There's something to be said now for how scattered our brains are and to be able to focus on process and experimentation. It's almost like a creative support group."

While Zoom has sometimes proved a poor substitute for the physical space that both Kingston and Russell-Self find themselves drawn to as theater artists, these workshops have been an emotional anchor for participants. For the many members of the Elder Ensemble who are confined to their homes for fear of catching COVID-19, the weekly meetings have ameliorated feelings of loneliness and fear. In turn, the POC Ensemble has provided a safe space for creativity as ensemble members grapple with the national unrest over ongoing police brutality.

"There has been an even greater sense of having a group to go to that's not just talking about the troubles of the world or trying to dismiss everything — accepting all of that in a creative healing space is where we are at now," said Russell-Self. "The political differences that are dividing our country are not political. They're based in humanity."

In addition to the online art gallery, WAM has included three action steps in "The Suffrage Project": a call for voter registration, a link to sign the "Not in Our County" pledge created by Multicultural BRIDGE, one of WAM's partners, and an open call for artwork on the theme of suffrage to be tagged with #WAMsuffrage.

Kristen Van Ginhoven, WAM's founder and artistic director, stressed the importance of informing one's self on and voting in local elections. But while voting is clearly an important avenue of change, "The Suffrage Project" also seeks to highlight how voting will not solve all of America's woes, including the lack of diversity in higher leadership.

"We have just never had a queer person of color as president, point blank period," said Russell-Self. "I can vote for as many things as I want, but where does that lead us? That's part of what we're questioning."