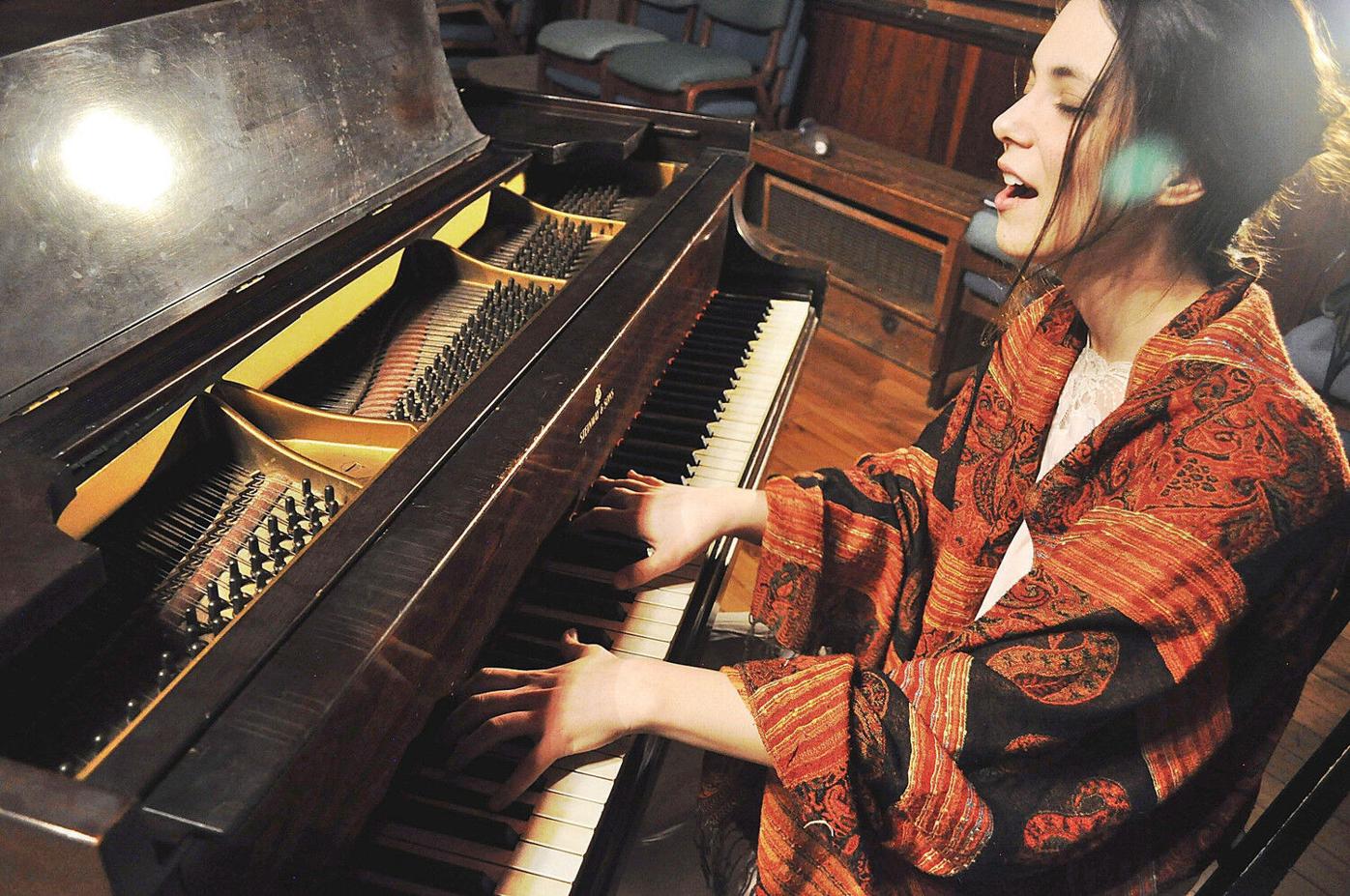 Strauch wrote the music for the theater-concert hybrid experience. 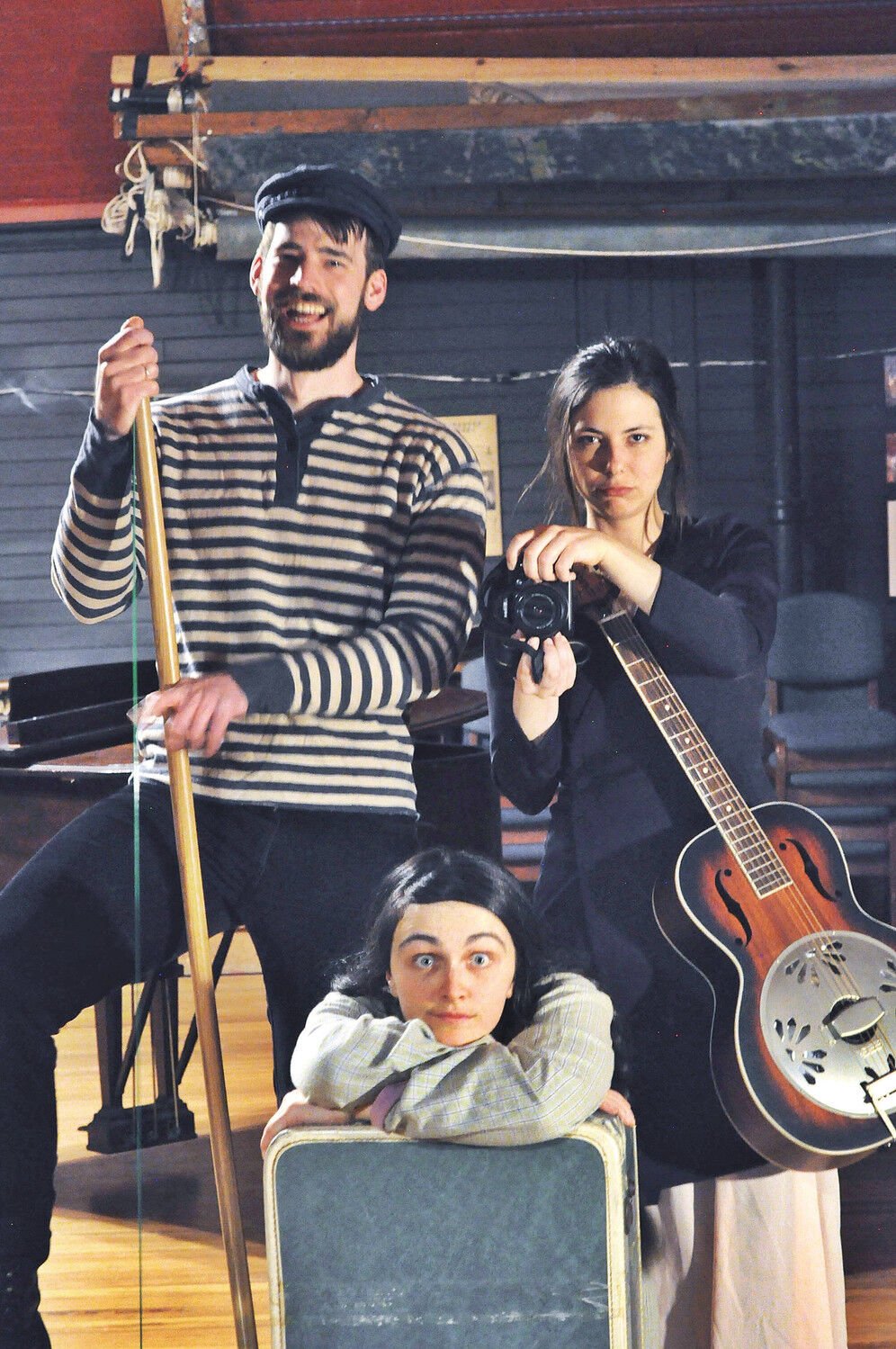 Strauch wrote the music for the theater-concert hybrid experience.

Theater artists Maizy Broderick Scarpa and Clara Strauch describe their new work for the stage, "Wayward Home," as a theater-concert hybrid that draws on American folk tales and the Bible.

Using Noah's Ark as its framework, "Wayward Home" is about a family's search for a home. It looks at the migrant experience; what it means to be dislocated, to pick up and start over. It's about grief, Strauch says, "and how to keep going after loss.

"We have both had a continuing fascination with immigration," said Strauch, who is half-Swedish, half-American, in a speaker phone interview with Scarpa and musician-performer Didrick Soderstrom from Main Street Arts in Saxtons, Vt., where a two and a half week tour of the show began Friday and ends May 3 in Brooklyn, N.Y. The tour brings "Wayward Home" to the Berkshires for a pair of public performances at 5 p.m. April 22 at No. 6 Depot in West Stockbridge and 7 p.m. April 24 at Spectrum Playhouse in Lee. While in the area, the three also will perform at several assisted living facilities.

Strauch (27), Sodestrom (28) and Scarpa (28) have been friends since their student days at NYU's Tisch School of Arts and the Stella Adler Studio, both in New York.

Strauch has been fascinated by theater since childhood.

"Seeing theater as a kid," she said, "was magical for me. It gave me this sense of infinity, space. As an actor, I can be anything I want to be."

Scarpa, who grew up in Pittsfield, where she is now living, and neighboring Canaan, N.Y., says that for her, making theater is a natural progression from her story-filled childhood.

"Stories," she said, "are very important. They affect how we see the world. They hold weight in our culture."

In addition to Noah's Ark, the story draws on tales of the American West and its pioneers, and the Johnstown Flood of 1889. The idea developed over time and space as, shortly after New York, Strauch returned for a while to her native Sweden, where she lives, and Scarpa moved to upstate New York. The two were in regular communication and began exchanging ideas for a new theater piece. Strauch came back to the United States and they began putting "Wayward Home" together — Scarpa on book, Strauch on music, the two on lyrics and narrative. They brought "Wayward Home" to David Snider, executive director of Hubbard Hall Center for Education and the Arts in Cambridge, N.Y., for a workshop presentation in the center's first Winter Carnival of New Plays in January 2015. Based on audience response, "Wayward Home" reemerged 10 months later as a fully conceived and produced piece that had its premiere over four weekends in November with Scarpa, Strauch and Abigail Wahl playing all the roles.

"People [at the workshop presentation] were leaning forward to hear everything that was happening," Snider told The Berkshire Eagle in a Nov. 6, 2015 interview. "The power of the music also drew me in.

"I thought this was the perfect opportunity to take a work that was developed in a workshop and residency and then give it a full production."

But after that run, Scarpa and Strauch weren't finished; far from it. During a subsequent residency at Stonington Opera House in Stonington, Me., the duo began rethinking "Wayward Home."

"We took it apart and started over," Strauch said.

What emerged was virtually a new work that incorporated elements of the original, this one focusing more on Noah's Ark.

"What if, literally, water filled our world?" Strauch asked rhetorically.

They've been working under the mentorship of director, actor and former Hubbard Hall director John Hadden. There also have been contributions from Main Street Arts' artistic director David Stern who has, Scarpa and Strauch say, graciously given them a place to work as they get ready for the tour.

Wahl has been replaced by Soderstrom, who plays Noah and also contributes much to the show's soundscape — a distinctive blend of guitar, piano, suitcase drum and any number of found objects.

"We wanted to create a rich soundscape. We want to take audiences aurally where they can't go visually," Strauch said.

Scarpa and Strauch are charging admission at Spectrum Playhouse and No. 6 Depot — a "suggested donation" of anything between $15 and $25 — but neither wants the price of a ticket to keep someone away.

"We want people to come even if they can't pay," Scarpa said. "We want not only people in our audience who are used to theater but also those who don't go to theater. We're hoping this will be a discovery."