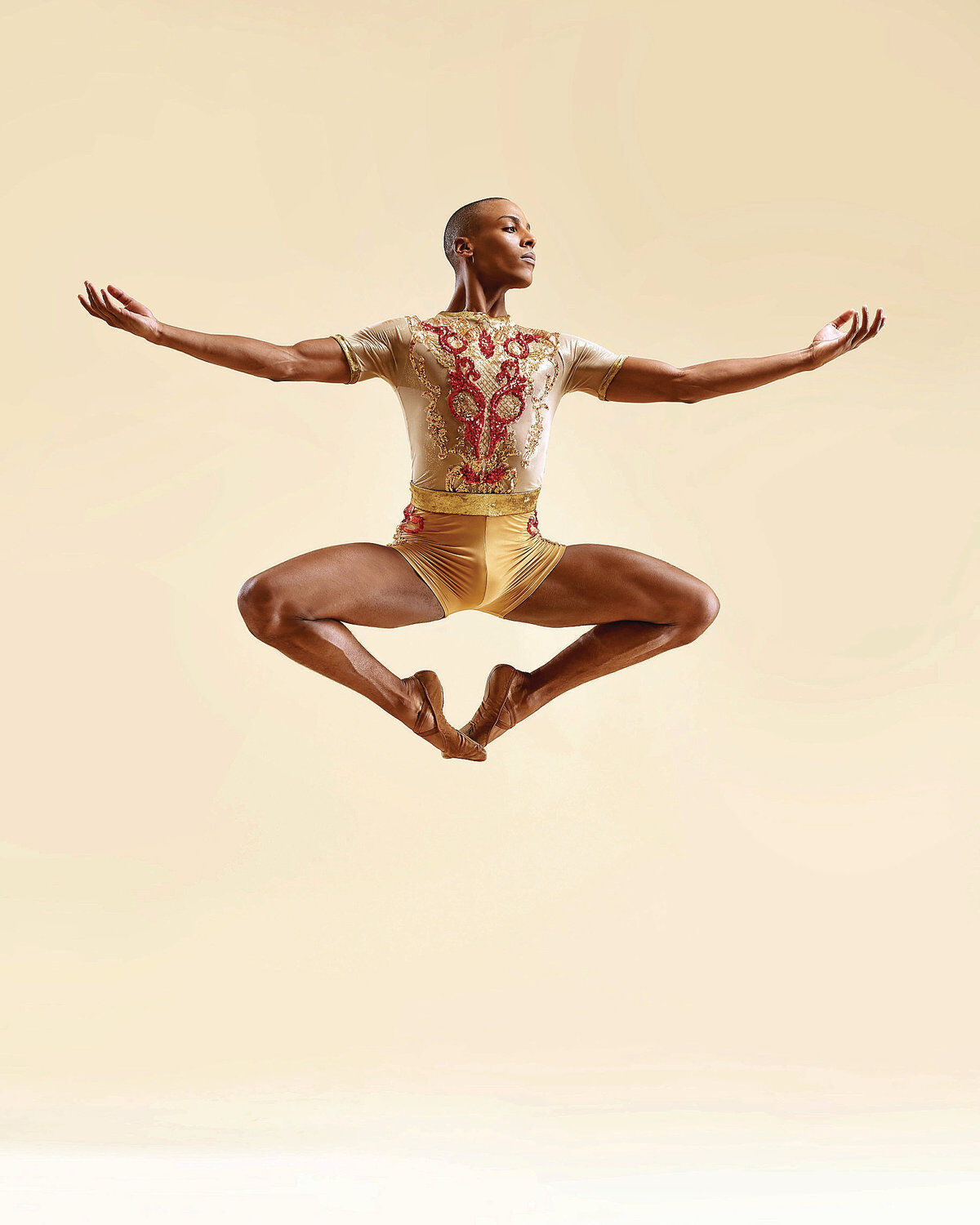 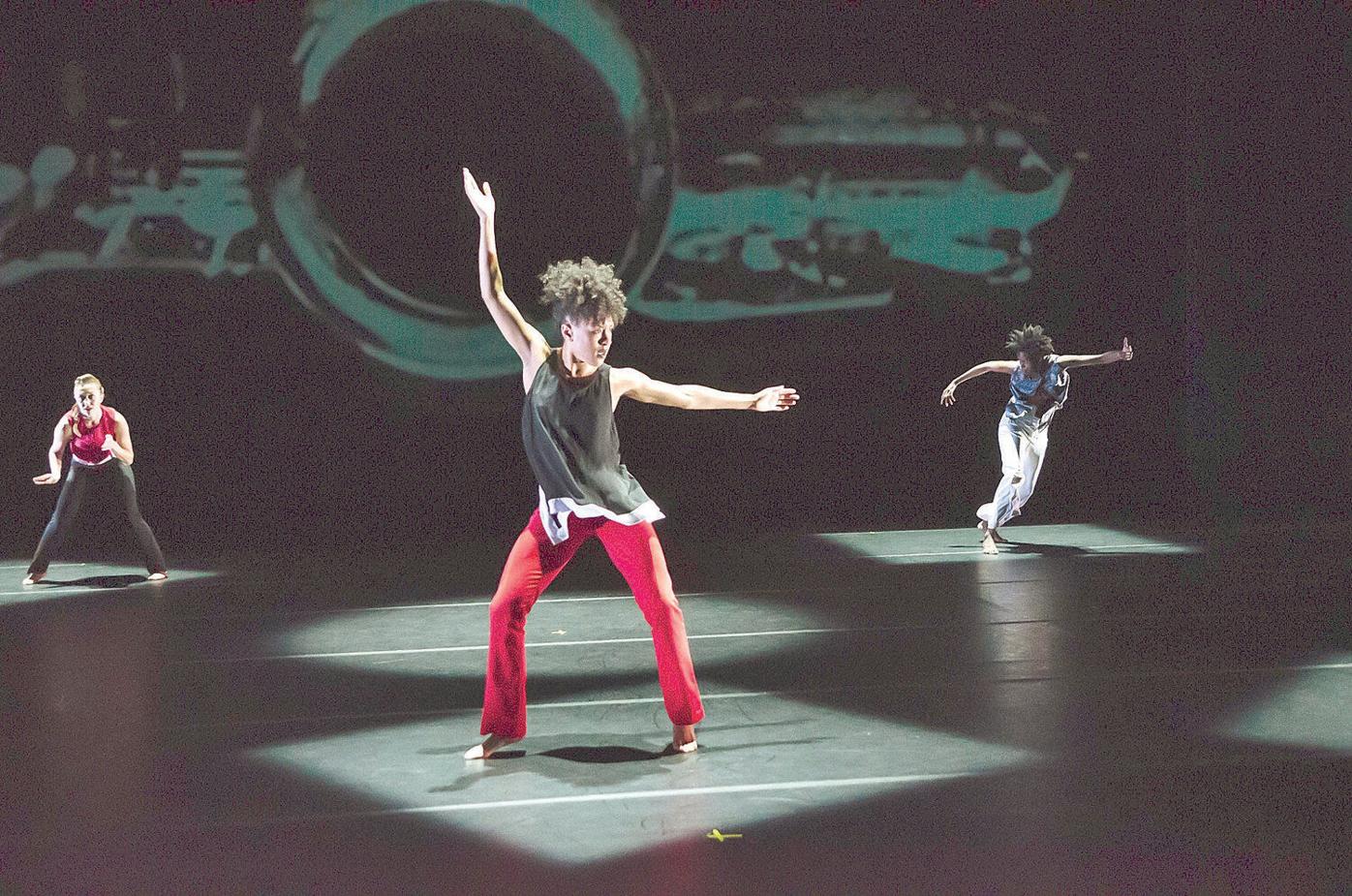 Urban Bush Women in "Walking with 'Trane," Aug. 21-25 in the Doris Duke Theatre 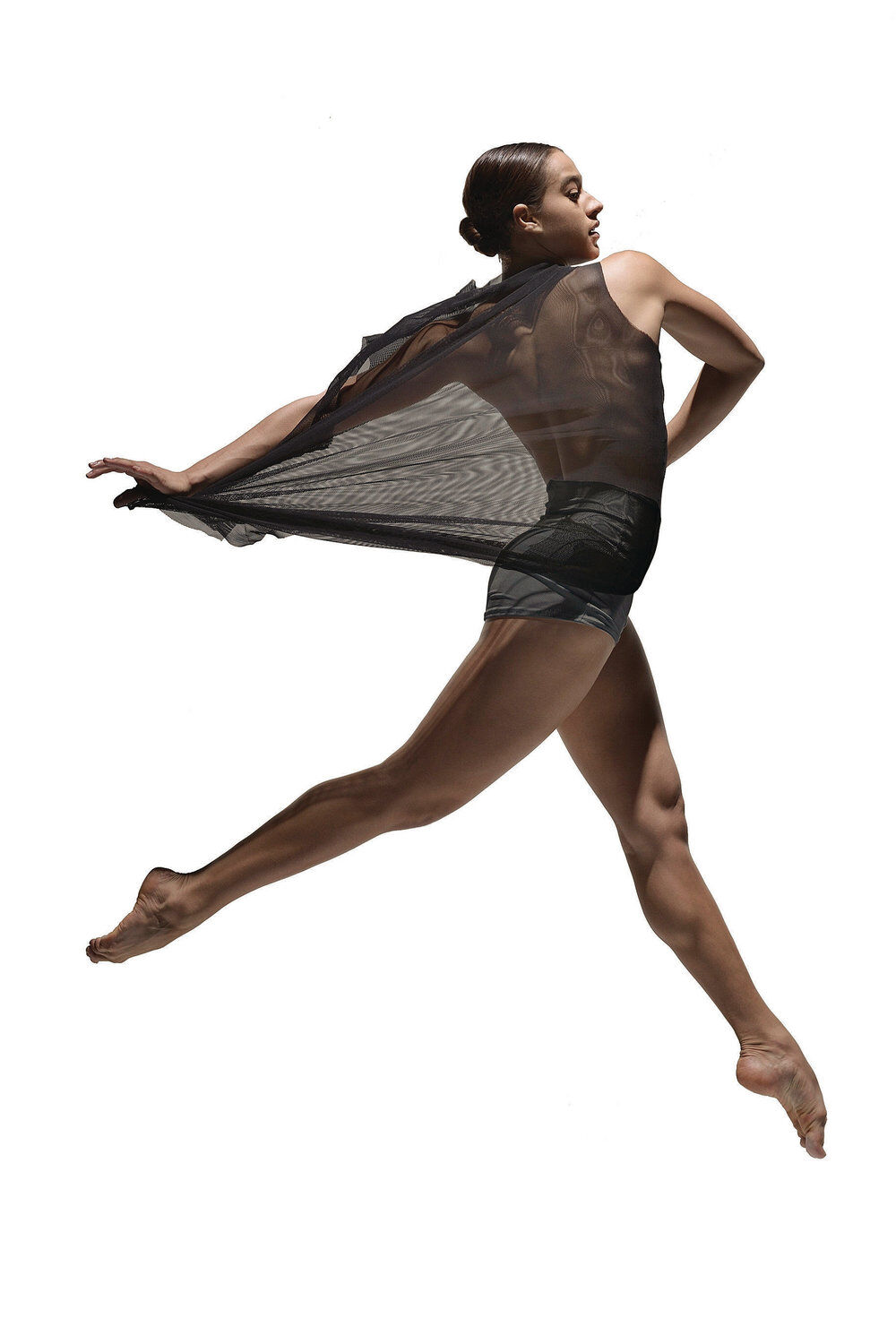 The 2019 Jacob's Pillow Dance Festival begins in earnest Wednesday evening when Ballet BC opens a five-day stretch of performances in the Ted Shawn Theatre. Performing in the smaller Doris Duke Theatre will be Circa. 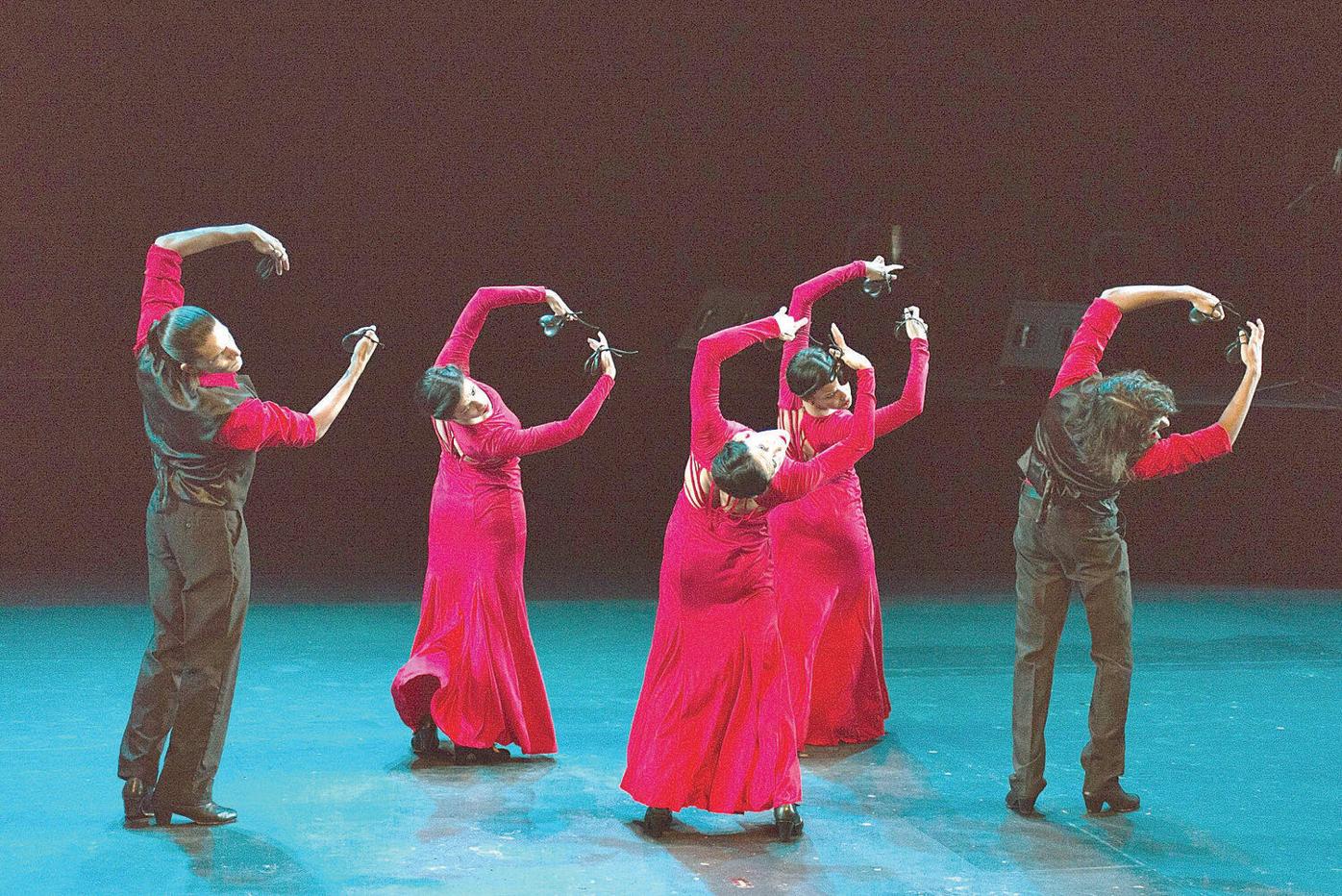 Urban Bush Women in "Walking with 'Trane," Aug. 21-25 in the Doris Duke Theatre

The 2019 Jacob's Pillow Dance Festival begins in earnest Wednesday evening when Ballet BC opens a five-day stretch of performances in the Ted Shawn Theatre. Performing in the smaller Doris Duke Theatre will be Circa.

BECKET — Another season at Jacob's Pillow— the third Pamela Tatge has put together in the four years since being named to succeed Ella Baff as the dance center's director in the winter of 2015.

It begins this weekend — Saturday — with the Gala, the annual season-opening fundraiser which comprises music, dinner, dancing to live music on the Great Lawn, art exhibitions, dance performances and the presentation of the Jacob's Pillow Dance Award. This year's honoree is Annabelle Lopez Ochoa, whose new work, "Symbiotic Twin," will be performed during the event. What follows is a season of dance and special events that begins Wednesday with Ballet BC in the Ted Shawn Theatre and Circa in the smaller Doris Duke Theatre, and ends Aug. 21-25 with Boston Ballet in the Shawn and Urban Bush Women in the Duke.

Tatge said she has felt truly at home at the Pillow since the first season she planned in 2017. It was then that she fully sensed the connections between past, present and future, she said during a recent interview in her corner office on the top floor of Jacob's Pillow's administration building on the western edge of the 220-acre campus in the Becket hills.

That sees of connection runs through the season Tatge has assembled for 2019.

It's a season of diversity; a season of anniversaries and landmarks: 50 years of Dance Theatre of Harlem (Shawn — July 10-14), which made its first performances at the Pillow; 100 years of Merce Cunningham, which will be marked by the appearance of Compagnie CNDC-Angers/Robert Swinston (July 3-7, Shawn), who danced in the Cunningham company's final performance at Jacob's Pillow in 2009, only weeks before Cunningham's death on July 26. A performance was streamed tio the ailing Cunningham at his apartment in New York.

The Paul Taylor Dance Company (July 24-28, Shawn) also has deep connections to Jacob's Pillow. This will be the company's first Pillow appearance under its new artistic director, Michael Novak, who took over after Taylor's death last September

"I wanted people to remember the companies that grew up at the Pillow," Tatge said.

Not just grew up but moving on. They will be at the Pillow with newer dance artists and companies — Kyle Abraham, Wendy Whelan, Gallim, David Rousseve, among others.

"You'll increasingly see our connections to the past," Tatge said. "I want people to see we are a place of past, present and future."

Past is present in other ways this summer at Jacob's Pillow. Brooklyn-based Reggie Wilson and his Fist and Heel Performance Group are bringing "Power" to the Ted Shawn Theatre, a work that imagines black Shaker worship, fueled by research conducted by Wilson at Hancock Shaker Village.

The Pillow will honor the indigenous roots of the land upon which it sits in a special event, "The Land on Which We Dance," Aug. 7-11, which ties together indigenous dance, storytelling and ritual. That week, Red Sky Performance, a contemporary indigenous ensemble from Canada, will be performing in the Doris Duke Theatre.

"[Jacob's Pillow founder] Ted Shawn was committed to preserving indigenous dance," Tatge said. "I wanted to have a moment when we welcomed back indigenous people who came before us."

While it has been only four years since she was hired, Tatge said it feels as if she's been here longer. That speaks to the sense of community that has been established between her and the staff and artists at the Pillow; between the Pillow and other cultural institutions and the public; and between Tatge and the world dance community.

"I never expected I would become a kind of ambassador for dance in the U.S.," Tatge said with a modest laugh. "Whenever I go abroad, I am asked by dance presenters about what's hot in American dance; what's happening; what's up-and-coming in American dance."

The demands are constant. She has to have the 2020 season in place by Nov. 1 and she already is looking ahead to 2021 and 2022. There is fundraising. There is management of a 220-acre piece of property and the 35 buildings on the land. There is work to be done on the Ted Shawn Theatre. There is community outreach

The community outreach, Tatge says, is paying off.

"Our data is showing that people are buying more than one show during a season," Tatge said. "We also are attracting new audiences at a higher rate than before and they are attracted to new work."

Past is present; present is future.

"If we don't continue to create slots in our programming for the unknown then we don't have a future," Tatge said. "I love that we have artists on the Inside/Out Stage who will, one day, make their way to the Doris Duke, the Shawn.

"I think we have a responsibility to stretch what audiences think is dance and recall those who have been around for some time."

There is a synergy at the Pillow, Tatge says, that draws from its mix of dancers, visual artists, educators, musicians, audiences. "You can spend 10 weeks here and learn all about the world," she said.

It is that synergy, that energy, Tatge says, "that propels my work"; that fuels what she characterizes as the stewardship of an institution "that has been here for decades and will continue to be here for decades."