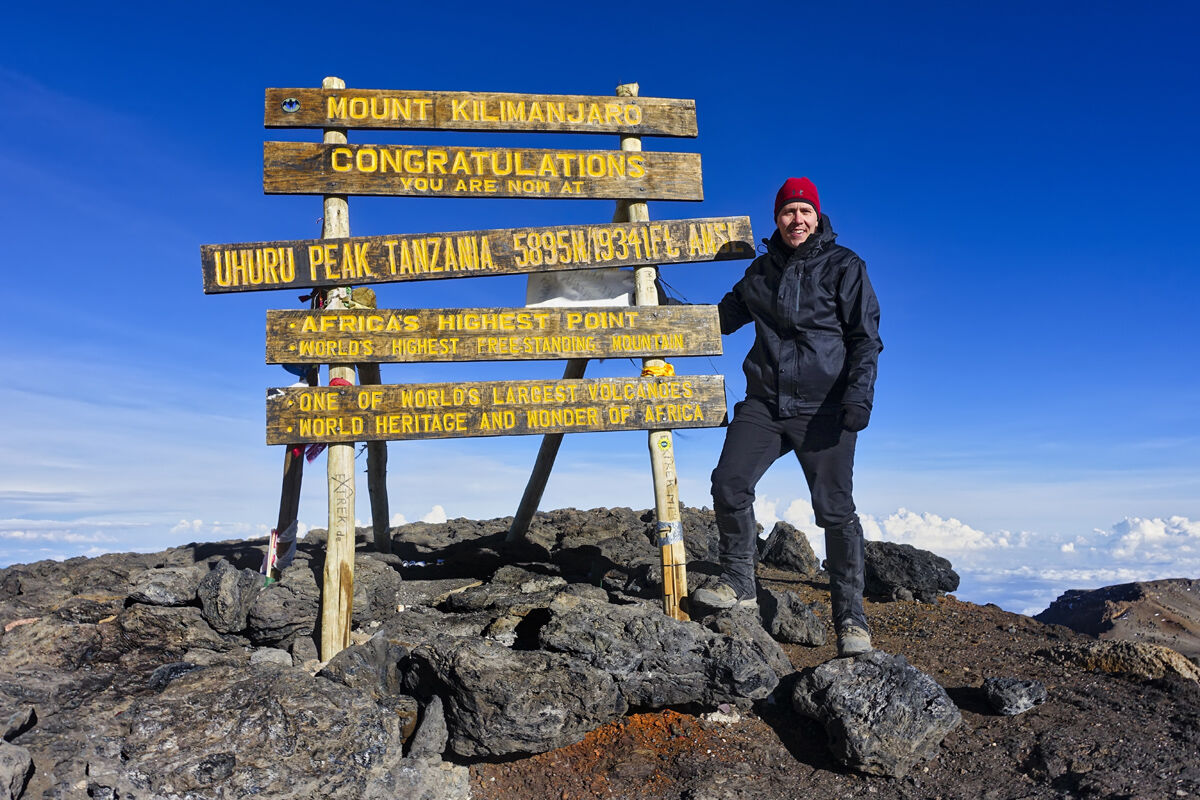 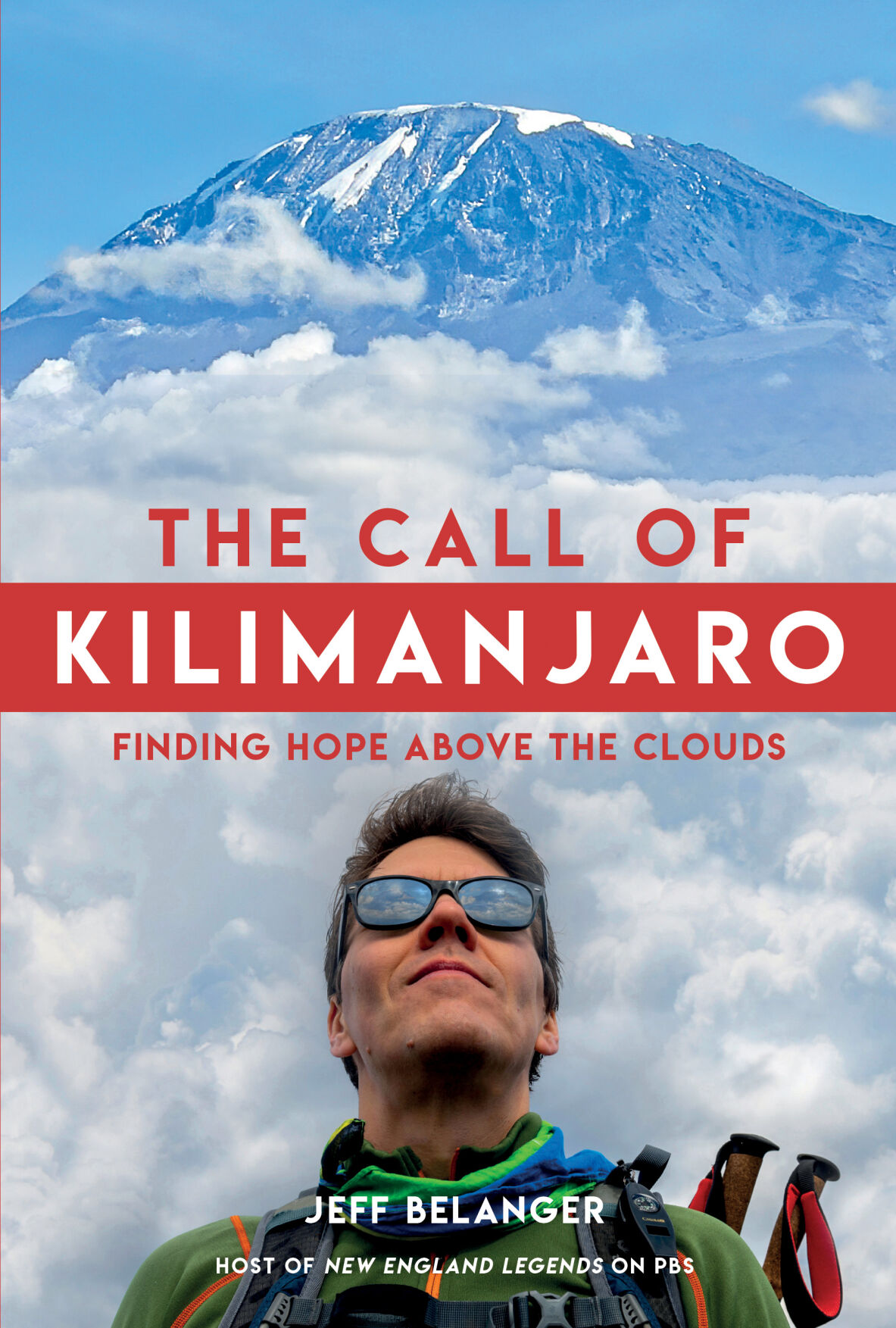 "The Call of Kilimanjaro"

"The Call of Kilimanjaro"

Jeff Belanger is known for telling other people's stories.

One of the most prominent folklorists in the country, Belanger has made a career out of telling stories that attempt to explain the unexplained. In addition to authoring over a dozen books dealing with the paranormal and folklore, he's the Emmy-nominated host, writer and producer of the "New England Legends" television series (on PBS and Amazon Prime) and co-host of a weekly podcast of the same name. He's also the researcher and writer for several television programs, including every episode of "Ghost Adventures."

"For me, finding a good story feeds my soul. Even though I've chased thousands of stories throughout my career, they're mostly other people's stories. I'm the teller of their tales. But this story is my own," he writes at the beginning of the first chapter.

Belanger, then 42, made the seven-day, 16,100-foot trek up Kilimanjaro in March 2017, arriving at Uhuru Peak, Tanzania, Africa, at 19,341 feet above sea level, on March 26, as part of a group of hikers raising funds for the Leukemia & Lymphoma Society.

Overall, it's a memoir of his personal journey — begun as a way to honor his brother-in-law, Chris, who died of cancer — that came to include a midlife assessment of his aspirations, his career, his physical fitness and his spiritual health.

"It's such a different book for me," Belanger said during a recent Zoom interview with The Eagle. "I think my paranormal audience will connect with it because there is a lot of spirituality in it. For me, it's a logical step in my work. It's a spiritual side. It's not all I'm going to do now. I'm still going to be the ghost guy. I'm still doing the podcast and everything else. But at the same time, this is a natural evolution for me. When you look for ghosts and spirits and monsters you have to ask big, deep questions and sometimes that leads you to high places."

The ascent up "Kili" as the dormant volcano is known, also was a physical reminder of his personal goals; among which were to slow down and appreciate the moment he was in more. Part of that process was purchasing a "really good camera" to force him to "slow down and literally stop to take photos" during the climb.

"One of my personal issues is that I can be very goal oriented, which is fine for certain things. But when I would hike mountains, like the White Mountains, I would just think about getting to the top," he said. "Getting to the top as fast as you can is not usually in your best interest; physically it's too exhausting and your body is going to take longer to recover. And you miss so much along the way. The top offers great views, sure, but there's so much to see along the way."

Along the way, Belanger shares the lessons he learned about his own physical fitness, including a lifelong struggle with asthma and the anxiety that disappeared when being forced to unplug. He's a believer, he said, that sometimes we have mountains that are put in our way that we need to conquer and that sometimes, we need to put mountains in our own paths to shakeup our lives and spur growth.

"This — not just the mountain, but writing something like this — has been a shakeup in my life. It's been a shakeup in my career, as well," he said. "I'd like to think that it improved me and improved me as a writer ... If you think you're the best at anything, you're done. How do we shake it up and force ourselves to grow and learn when we're in our 40s and lots of people are depending on us? And we don't make time for ourselves?"

His "epiphany moment," Belanger said, took place at the summit, but wasn't just about making it there.

"One of the huge moments for me was getting to the summit and having something a mountaineer told me years before go through my head: 'When you're at the summit, you're only halfway.' Because, if you don't get down, this was all a waste," he said. "The summit was halfway home for me; the next step was one step closer to home, not the bottom of the mountain. Realizing that home is where every adventure begins and also ends and that was comforting for me."

"The goal," Belanger said, "is find that mountain, put it in front of you, get to the top, but also get back home. That experience is something you get to keep forever. That one's mine. I climbed Kilimanjaro. No one can take that from me. Even on bad days. I can say I climbed Kilimanjaro. And tomorrow, we can start again."

Belanger took time from his schedule — which includes the next season of "Ghost Adventures," as well as virtual speaking engagements for both his book tour and his annual "Ghosts and Legends" and "New England Legends" tours at libraries throughout New England — to answer a few questions about his favorite books. For more information, visit jeffbelanger.com.

A: When I started writing this, I was reading a bunch of them. I read "Into Thin Air," by Jon Krakauer, which was just amazing. "Wild: From lost to found on the Pacific Crest Trail," by Cheryl Strayed; hers was fantastic. Those were mountaineering memoirs that were really inspiring to me, because when I first started writing mine, I thought, "How do I do this?" At first, I was just going to do it chronologically, because that's what made sense. I was going to start with training, from the day I was asked to do it until the day I got home — the eight months, was what I was going to write about. I showed an early draft to someone, who was like, "The first third was pretty slow, but once you got to Africa, it got interesting." I thought, "Oh my God, I have to kill the first third; all the training. You're right, it got interesting when I got to Africa." So how do you craft that? I thought Strayed, who did "Wild" was really masterful using flashbacks. The other one I read, was by the guy who hiked all the 48 4,000-footers [in New Hampshire] with his dog — "Following Atticus" by Tom Ryan. He did a great job. That one was closer to home. It was about the White Mountains.

Q: What was the last non-fiction book you read?

A: Those memoirs. I read tons of old newspaper clips. I read magazine articles; I read online. I just don't get to read a lot of books, which is unfortunate. So, if I do read a book, I want to make sure I'm learning, so I tend to lean towards non-fiction and it tends to be about whatever I'm working on. So in this case, I was reading lots of mountaineer books. "Into Thin Air" is just so good though ... I'm in awe of storytellers, people who are good at the craft of storytelling. I find myself listening to a lot of The Moth podcasts; people who are really great about telling a story about just about anything.

Q: Are there any particular books you use when writing about the paranormal? About history?

A: When I'm writing about paranormal stuff, I use Archive.org a lot. I'm infatuated with books like "The Complete History of Medway, Mass., 1730 to 1885," written by someone local, who sold four copies. That stuff is on Archive.org and you'll find nuggets in there that you'll find nowhere else. I love those old books where you'll find stories. What's amazing to me is that some of those stories still sort of linger; like [someone will ask] "Hey, did you hear about the bottomless witch's hole?" And you go and find this book that was published 150 years ago that gives even more details about it and this book is also the last time it was written down, but it's still kicked around through folklore. You know these books are not widely read and some of them are poorly written; sometimes, you can hardly decipher what they're talking about. But, some person decided to put the history down on paper and a local library has one copy. If you're lucky, it's been digitized and put on Archive.org and you get to find stuff that you know no one else is looking at.

Q: Do you have a favorite author or literary figure?

A: I was a huge Roald Dahl fan; not just his children's books but his adult writing, too — his short stories and things like that. His memoirs were amazing, but he wrote them for children: "Going Solo." Roald Dahl is kind of like my writing hero. He wrote "Moonraker," which I think is universally agreed upon as the single worst James Bond movie. I think if you poll all the fans, they'll argue over which one is the best, but I don't think there's much dissent over which one is the worst. So, I'm pretty sure he wrote the single worst James Bond movie. But I was always a Roald Dahl fan. I still have his omnibus and stuff like that. I love his short stories.

A: I have a stack of National Geographic magazines. They're my go-to reader magazines, because I can do those. I can accomplish those and not get sidetracked.

"The Call of Kilimanjaro: Finding Hope Above the Clouds"