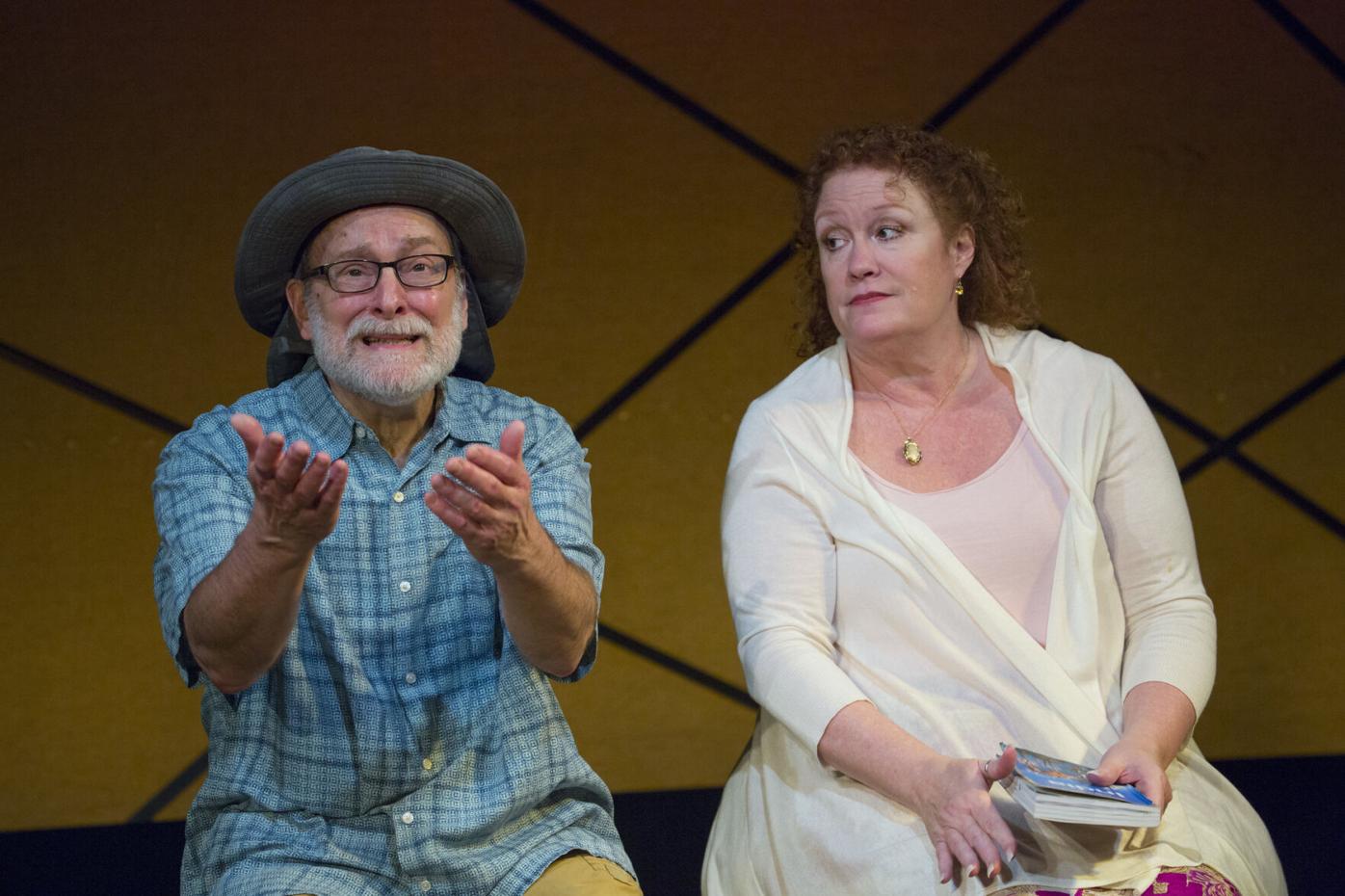 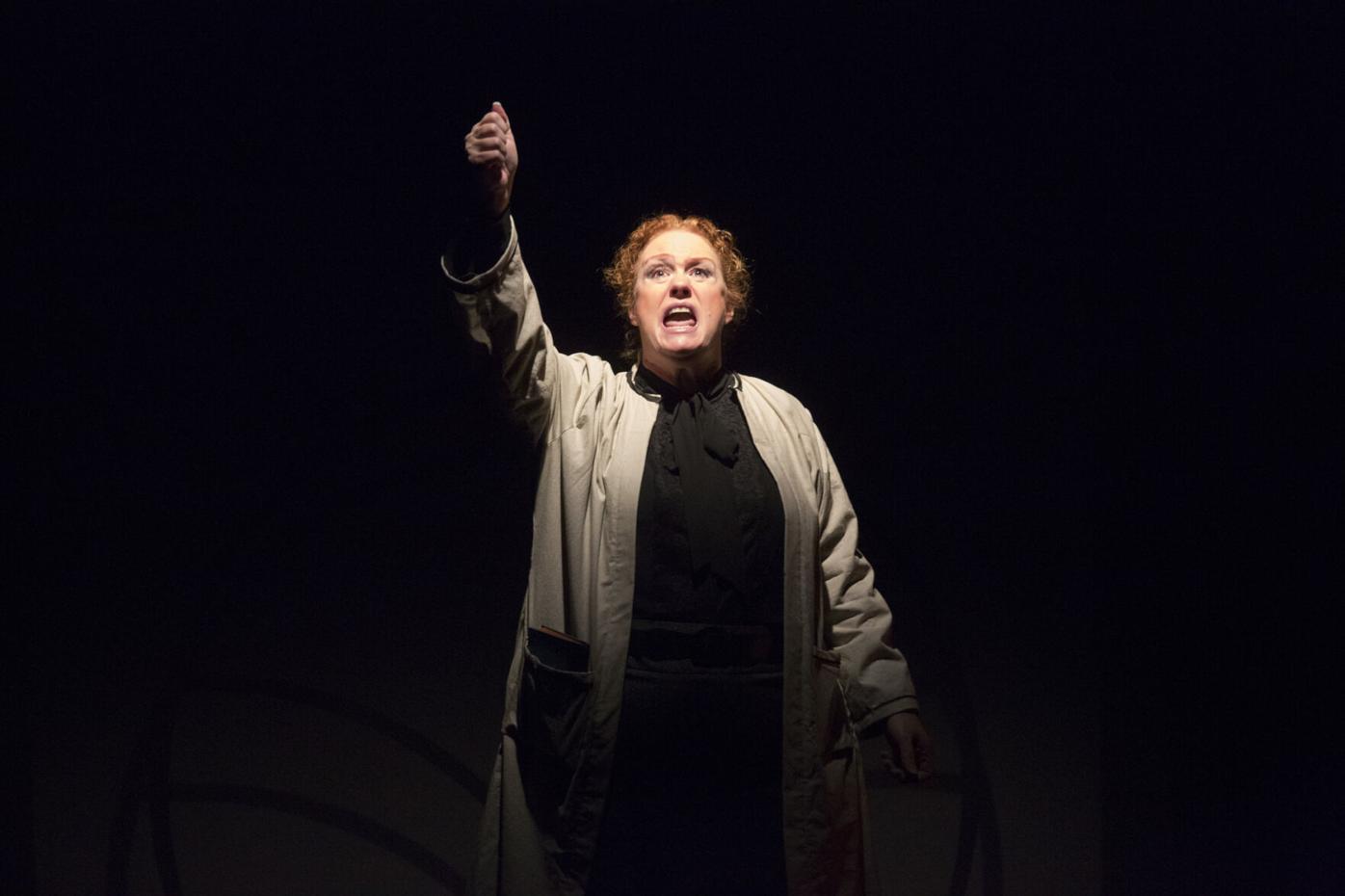 PITTSFIELD — The "Tens" are back for their 10th annual go-round — Barrington Stage Company's 10X10 New Play Festival, that is; a bit later than usual and in a somewhat different medium.

The festival of 10 new 10-minute plays typically is performed live at BSC's St. Germain Stage in the Sydelle and Lee Blatt Performing Arts Center on Linden Street as part of Pittsfield's February 10X10 Upstreet Arts Festival. This year, in a bow to the COVID-19 pandemic, the "Tens" have been filmed at BSC's strictly sanitized Boyd-Quinson Mainstage, with no audience present, for streaming March 11-14 and 18-21. Tickets — $35 for one viewer; $55 for a household — are available via barringtonstageco.org/10X10.

Boyd said there was no shortage of submissions — "more than ever" — for this year's festival.

In this virtual era of Zoom, it should perhaps come as little surprise that the majority of the plays in this year's 10X10 "are … about people reaching out, trying to connect," Boyd said. "There's not a lot of the big walloping laughs [we often get in the festival]. Playwrights [didn't feel] quite as free to write those zany comedies."

Typically, the festival is put together in short order — one week of rehearsal for nearly four weeks of performance. Props, set pieces, costumes are pulled quickly out of BSC's costume and set shops. "You get what you get," Boyd said. This year, because of COVID-19 restrictions, the festival actually had a costume designer "because we couldn't have everyone going into the costume shop," Boyd said.

This year, said cast member Peggy Pharr Wilson, "we had to go through hoops."

In response to the pandemic, Actors' Equity Association, the union of professional stage actors and stage managers, issued 29 pages worth of strict guidelines governing, among other things, distances between actors on stage and handling of props.

So, Boyd said, "it made us creative in different ways. It made us more creative artists."

The six-member cast — Wilson, Doug Harris, Maya Loren Jackson, Matt Neely, Keri Safran and Robert Zukerman, all veterans of previous 10X10s — had one week of rehearsal before three days of filming over a weekend at the Boyd-Quinson. The filming was followed by several days of shaping, editing, adding incidental music.

Four cameras were used for the shoot.

Despite all the hoops, the learning curve this year was made a bit easier, Wilson said, by having appeared in each of the preceding nine festivals.

By her estimation, Wilson has been in 50 10X10 plays over the festival's 10 years, including four this year — as a woman on the edge of a roof, ready to go off; an older woman who has planned a special surprise for her husband on his 70th birthday; another older woman who is not quite ready to leave this life when her time apparently comes; and one of four teachers trapped in a rock fall during a field trip.

She also has had one solo piece in each; memorably, she said, in the 2016 festival as a librarian in London in 1940 contemplating T.S. Eliot's poetry during a terrifying blitz in Emily Taplin Boyd's "The Still Point of the Turning World."

The first festival in 2012 was perhaps the most roughshod. "I learned," Wilson said, "that if I didn't walk in completely prepared, I'd be in trouble."

The decision to go virtual with this year's festival, raised issues of connection, growth, discovery.

For one, once the performance has been filmed, it's done, fixed, set.

"As an actor," said Wilson, "you prepare, you rehearse, you do a run and you learn being onstage with other actors over the course of a run."

And then there is the matter of the absence of an in-person audience.

"I think the most difficult issue is not having an audience response; not having audience feedback," Boyd said.

"The audience, in the end, is [the final] character in the play," Wilson said.

Still, even without direct connection to an audience; even with the state and Actors' Equity COVID protocols, Wilson wouldn't have it any other way.

This is her 18th production for Barrington Stage Company in the 13 years since she came to the Berkshires. (She lives in Dalton with her husband, Tristan Wilson).

"I pretty much came out of the womb performing," she said in an email. "I knew by high school I would go to university and major in acting.

"I simply never have imagined any other profession. It's all I know and I have never fallen out of love with theater."

For Boyd, the festival "seems to get better every year."

Moreover, she said, "There is an audience for theater in the Berkshires [this time of year]. I think with this [virtual] festival, we will reach a wider audience beyond the Berkshires and a younger one.

"It's fun. It kind of gets everyone ready for spring and summer."

"I think everyone is starving for entertainment," Wilson said by phone. "We are all so tired of talking about the election and COVID. We just want time to laugh.