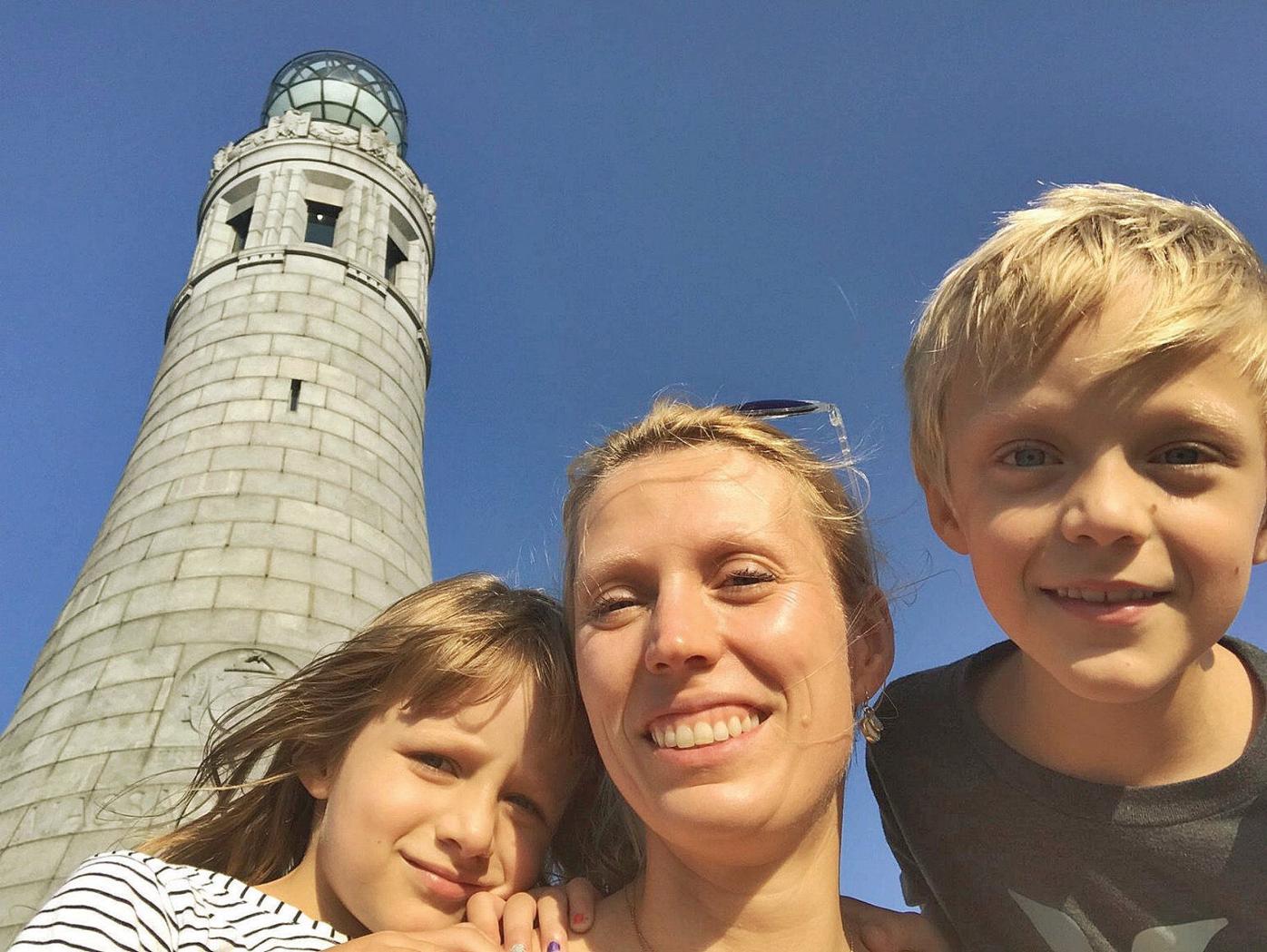 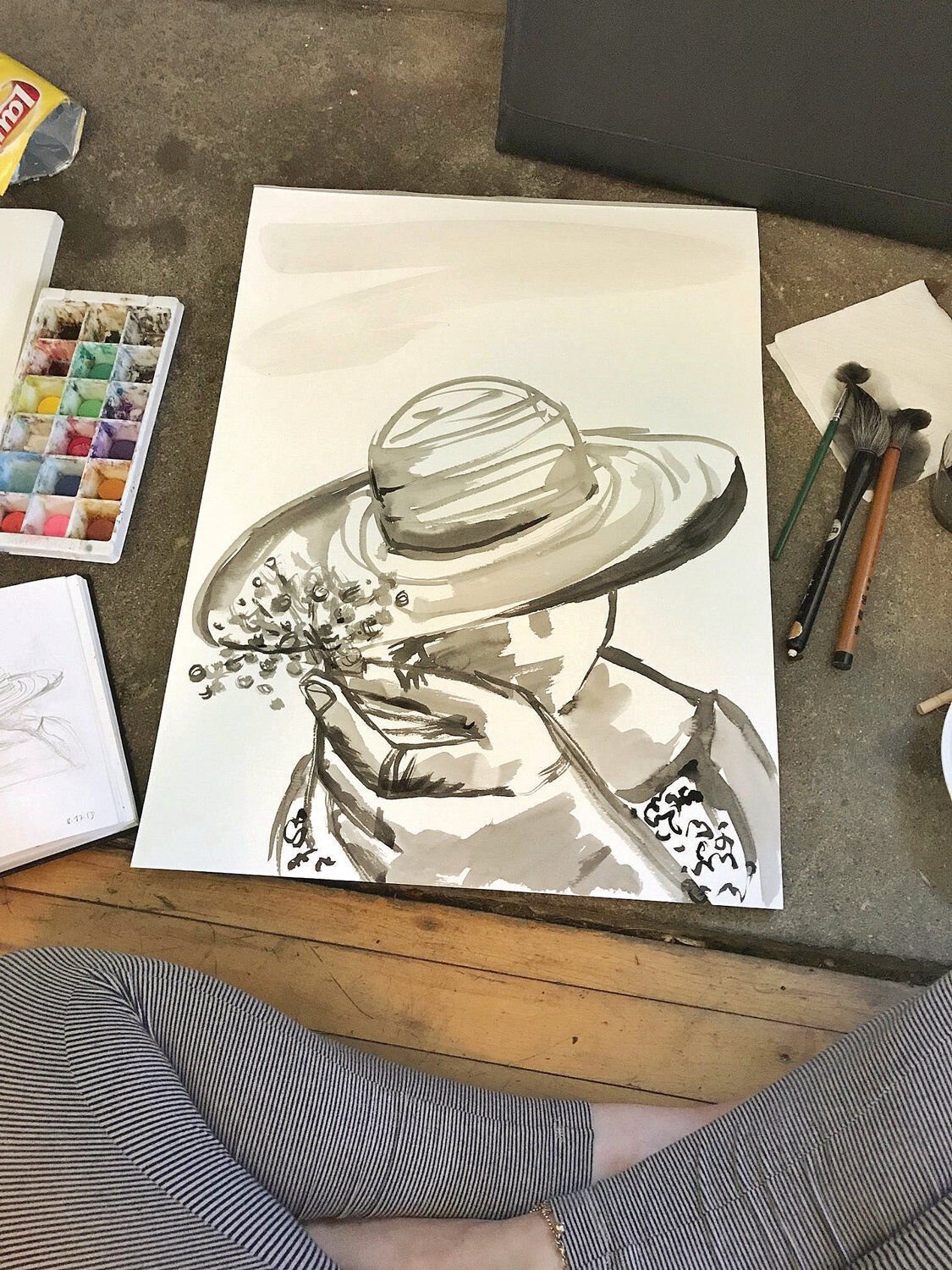 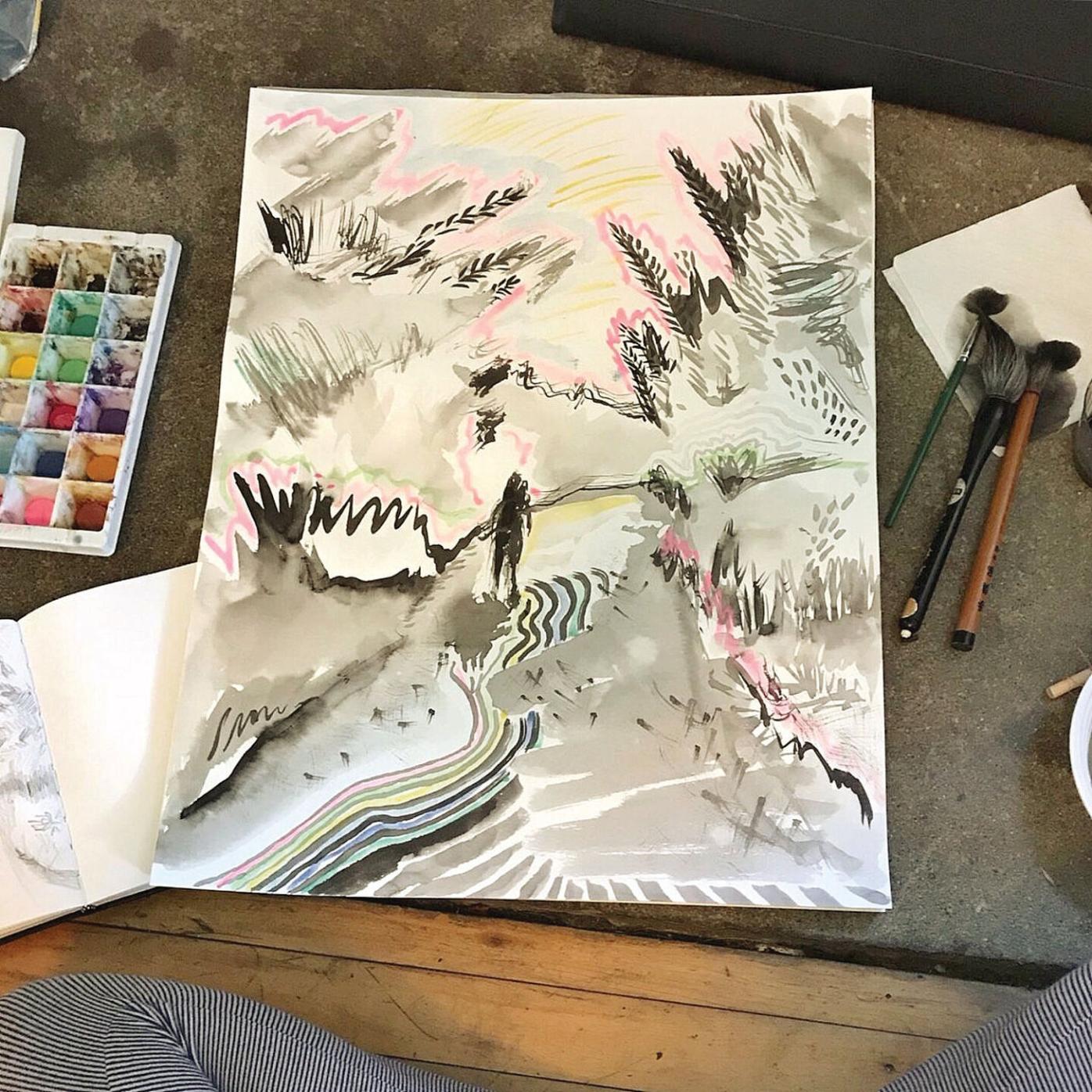 ADAMS — In Massachusetts, you won't find an artistic residency with a higher natural vantage than Bascom Lodge's artist-in-residence program. Located on Mount Greylock's summit, the state's highest peak at 3,491 feet, the lodge and nearby Sugar Shack studio space have housed creators such as Valerie Carrigan, Karen Chase, Paul Graubard, Melanie Mowinski, JoAnne Spies and Ben Voisey in past years.

The most recent resident was Katerina Lanfranco, a New York City-based artist who stayed at the Berkshire landmark during the last week of August. The lodge's programming director, Peter Dudek, had once shown some of Lanfranco's work as part of the Storefront Artist Project in Pittsfield. That familiarity, coupled with Lanfranco's focus on nature, helped her land the opportunity, according to Dudek.

"I'm really interested in the human-nature dichotomy and how we can look at nature as having metaphorical properties that mirror or reflect human experience, whether it's the cycle of life or growth structures," Lanfranco told The Eagle by phone before a presentation of her work at Bascom Lodge on Sunday at 6 p.m.

During her time in residence, Lanfranco took photographs, generating resource images that could inform graphite and Sumi ink sketches. Her children, 8-year-old Luka and 5-year-old Emilia, were often in those pictures.

"They were also drawing alongside and making their own images," Lanfranco said. "I wasn't planning on bringing them originally, but they ended up coming. My whole strategy as an artist, who's also a mother, is to integrate my kids into my work because my work is, like all artists, some sort of autobiographical reflection of whatever I'm interested in or going through."

It also mirrors the notion of meshing the figure with nature, a concept Lanfranco has recently begun exploring.

"For the longest time, I've not had the figure in nature because I don't want to deal with demographic specificities of that figure," she said.

"That was looking at very simplified forms, the platonic solid as an organizing strategy to create a worldview that encompassed all the elements of nature," she said. "So, [it was] sort of simplifying the natural world to these geometric forms like a dodecahedron or a hexahedron."

Bringing the figure back into her work presented a challenge.

"How do you introduce the figure without the figure overwhelming the entire image, the narrative?" Lanfranco said.

"He translated sonic experience as line work. Whether it was the cicadas or whatever insects making noise or wind fluttering through trees, that would be translated as a line element in the work. In my own work, I want to merge the body and nature and not create a hierarchy," she said.

Lanfranco visited the lodge in July to get a better sense of the space and the mountain itself. She had never taken part in a residency on a mountain, but described herself as a hiking enthusiast. She has long appreciated residencies' few distractions.

"Being an artist in contemporary culture, it's really hard to have that singular focus," she said.

The business side of things often requires attention.

"Basically, you're an entrepreneur for yourself," she said.

Residencies offer a reprieve from that reality. The lodge's studio space is about 100 yards from the main building and is close to the Appalachian Trail.

"It's a rustic little structure built into the hillside," Dudek said.

Like abandoned street-side buildings, open rooms at a mountaintop lodge can serve as artist spaces.

"The idea [for the residency program] came about because of potential vacancy," Dudek said.

He said that the lodge invites two or three artists to stay for free every year. Lanfranco prepared for her residency by setting parameters. Materials are one area that she defined before her visit.

"I wanted portable and varied materials, so I brought in a selection of dry media and wet media, but I didn't want to deal with drying time or major clean-up," she said.

Having participants in her work was a change.

"They love being integrated and having their points of views acknowledged as part of it," Lanfranco said of her children.

The three of them completed some short hikes on the mountain, but mostly remained near their accommodations. The artist, whose work is included in The Judith Rothschild Foundation Contemporary Drawings Collection at the Museum of Modern Art, didn't want to stray too far from that top vista.

"I think the idea of a literal overview and a metaphorical overview, there's a certain self-awareness and presence, and clarity from that. It's just a really beautiful, inspiring place," she said. "I've been drawn to places that represent a certain sublime in nature, and sublime is described sometimes as magnitude. ... It is a pretty awe-inspiring peak."