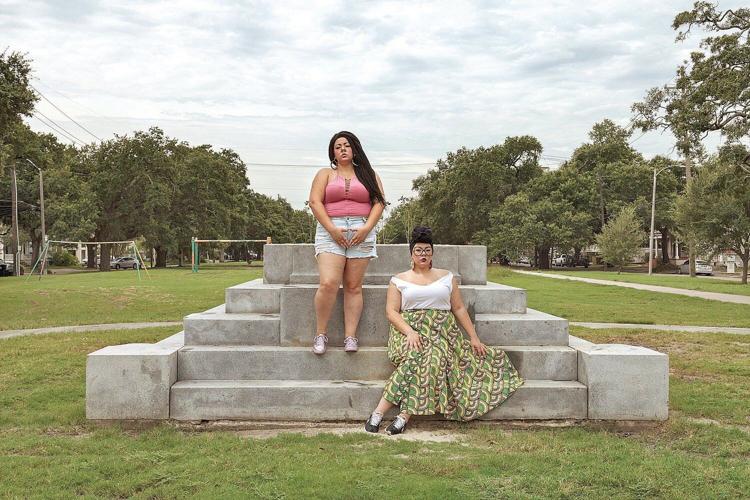 "The Rise and Fall (Take Em Down)" by Genevieve Gaignard. Gaignard's artwork focuses on her biracial identity - her father is African American, her mother is white. She is currently the artist-in-residence at MCLA's Artist Laboratory. 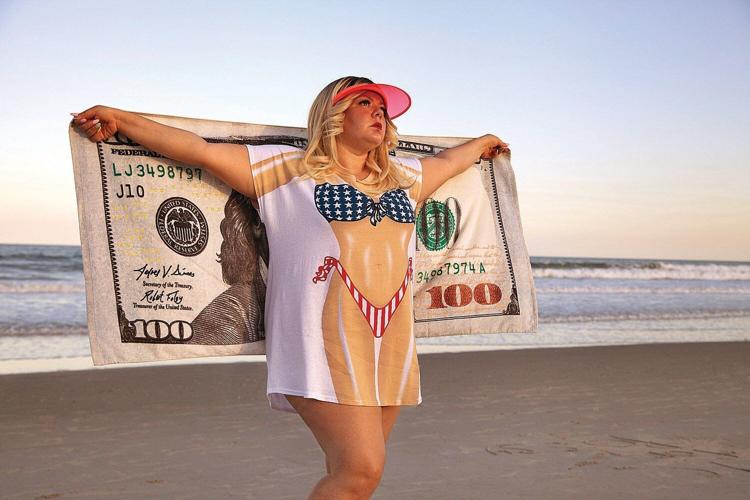 "The Rise and Fall (Take Em Down)" by Genevieve Gaignard. Gaignard's artwork focuses on her biracial identity - her father is African American, her mother is white. She is currently the artist-in-residence at MCLA's Artist Laboratory.

At a time when galleries are closed and large gatherings are not allowed, MCLA's Berkshire Cultural Resource Center is doing what it does best — supporting its community of artists.

To do that, the cultural organization is taking steps to ensure scheduled spring and summer shows, workshops and programming at the Massachusetts College of Liberal Arts's Design Lab and Gallery 51, as well as the inaugural MCLA Artist's Laboratory residency and DownStreet Art, still happen — virtually.

"We are shifting everything, what we had originally thought we would be doing in person, to online," said Erica Wall, BCRC director, during a recent interview over Zoom. "We really want to focus, this summer, on helping to keep our community in dialogue, specifically our artists. We feel like we really want to encourage them to continue to practice. This is a really challenging time, a lot of what artists do is in community; whether that's getting feedback about their art or encouraging each other. Those sorts of things are lost. So, we really wanted to focus on the art community, as well as our community at large."

The transition from physical, in-person events to digital programming began months ago, she said, during the planning of the recently launched MCLA Senior Art Thesis Show, "And So It Goes."

The pivot, she said, from a physical show hanging on gallery walls, to an online gallery, happened about two weeks before MCLA transitioned to online-only courses, as the students prepared to depart for spring break.

"I have to give all of the credit to the students," Wall said. "We had these talks right before we all went into quarantine. And they had already acknowledged that there is a possibility that they would have to do this virtually, and they were prepared. They were also disappointed. But they came out of it with the sort of resilience that you know any instructor or professor would be exceptionally proud of. They took it on themselves."

Under the guidance of professor Melanie Mowinski, the seven senior art majors created an online portal to their work, designing the website mclaseniorartmajors.com, as well as photographing their work, creating a marketing plan and facilitating online presentations.

"I think all of us were just amazed and really proud of that because all over the country most things have been postponed and canceled. We really didn't want to do that. We really wanted to give them an opportunity to figure this out, and they owned it and they did it."

Just as the senior art show was moved online, so too, was the cultural organization's programming with its inaugural Artist's Laboratory artist-in-residence Genevieve Gaignard.

"The artist's lab is a neat extension of what we're doing here at MCLA," Wall said. "It's allowing us to provide our students and the community with access to art in the real world and to artists who have been historically omitted from the cannon."

She said Gaignard — a Los Angeles-based artist, who uses photographic self-portraiture, sculpture and installation to explore race, femininity and class — is an artist whose work will be part of the reconstructed art cannon that emerges in the near future.

Originally from Orange, Gaignard's artwork focuses on her biracial identity — her father is African American, her mother is white. She attended Greenfield Community College, before earning degrees from Massachusetts College of Art and Design and Yale University.

"She's very committed to the art world and those who will come after her," Wall said.

In residence through August, Gaignard was originally slated to provide a three-part in-person workshop for community members, in addition to preparing a new body of work for a show at MCLA Gallery 51 in August. The workshops, now being provided as an online series, kicked off Wednesday. Two additional workshops will be held online, 5 to 6:30 p.m., May 20 and 27. To participate, email veronica.preciado@mcla.edu. Previously recorded workshops can be viewed on MCLA's YouTube page.

Gaignard, currently working out of her studio in Wendell, will continue to host weekly Wednesday evening Zoom sessions throughout June, July and August, which will culminate in, hopefully, an in-person "Misfit Parade and Prom," on Saturday, Aug. 22.

"A lot of her work deals with perception, identity and race, and really the feeling and concept of being 'other,' marginalized. If you don't fit in, you're a misfit of sorts. Genevieve has basically instituted this annual event called the 'Misfit Parade and Prom,'" Wall said. "She is kicking it off in June, getting everybody excited about how they can participate in the prom and the parade. If you're a family, maybe you decide you're going to make a float. If you're an individual, maybe you're going to wear that dress you've never worn or you're going to wear that costume you always wanted to wear. Whatever it is that you do to express yourself and who you are, is what we are focusing on."

Also being offered for the first time are virtual studio tours, portfolio reviews and a new podcast.

The portfolio reviews, for practicing artists, she said, came about in an effort to fill gap in the artist community — a venue to receive constructive criticism about their work.

The reviews, geared toward emerging and mid-career artists, will allow selected artists to meet for 30 minutes with gallerists, who will review up to three pieces of work. Gallerists participating in the reviews include Andrea Dabrila, associate director of Boston's Gallery NAGA in May and in June, Anna Farrington, director and founder of Installation Space in North Adams. Applications can be found online at bit.ly/2YYG2f7.

And, if that wasn't enough, BCRC will launch a podcast, "Inside the White Cube," in July.

"We are going to do a podcast looking at the insights of the art world 'within the white cube'; looking at different topics that we think the community would be interested in," Wall said. "A lot of what we do, because we're an academic institution, is to provide our students with opportunities and experiences and insights into the art world. But, we need to create some transparency. The art world can be a very distant and remote idea; sometimes a romantic idea of how things work. So we really want to create some insight and transparency and make it a little bit less intimidating."

Jennifer Huberdeau, UpCountry Magazine editor, can be reached at jhuberdeau@berkshireeagle.com, on Twitter at @BE_DigitalJen or at 413-281-1866.

Guggenheim Fellow Nathaniel Donnett exchanged backpacks with students in North Berkshire. He's using them in his latest project at the MCLA Artist Lab

As a resident at the MCLA Artist Lab, Nathaniel Donnett collected about 50 backpacks from students in the northern Berkshires and he is incorporating them into his art.