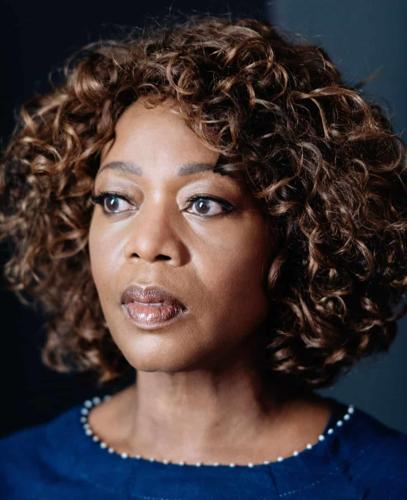 This year, the festival honors actor, producer and human rights activist Alfre Woodard who will participate in a conversation with WAMC's Joe Donahue prior to the screening of her film "Juanita." 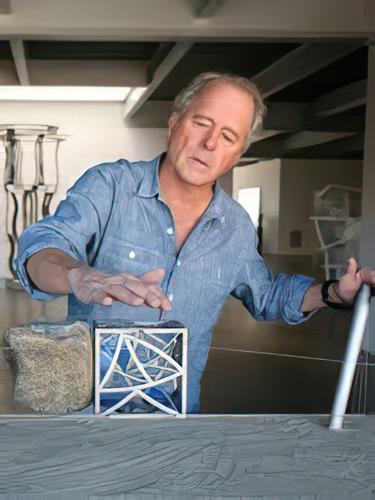 Following a screening of "The Art of Don Gummer," on Sunday, June 5, Don Gummer will participate in a "Tea and Talk" with artist Stephen Hannock; Kristy Edmunds, director of Mass MoCA and film director Wolfram Hissen. 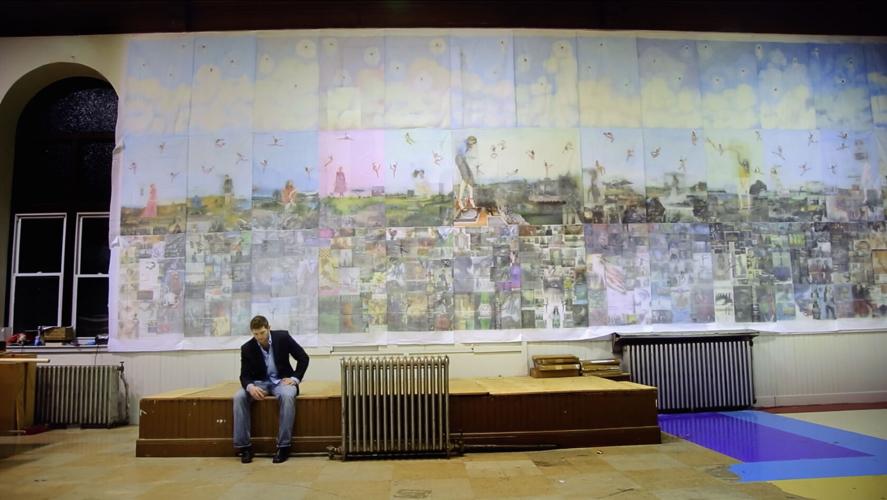 BIFF opens Thursday, June 2 with “Art and Krimes by Krimes,” a documentary on artist Jesse Krimes, who while in federal prison secretly created huge works of art and went on to earn acclaim for his art involving others who are incarcerated.

The Berkshire International Film Festival was a few weeks from welcoming moviegoers when the pandemic locked down much of the world in April of 2020. The future suddenly seemed uncertain everywhere, including at BIFF.

“I was in tears at my kitchen table,” recalled BIFF founder and artistic director Kelley Vickery. “I asked my kids, ‘Is this the end of BIFF?’”

What: Screening, presentation of Next Great Filmmaker Award, Q&A with director and Jesse Grimes.

What: Screening of film followed by a Q&A with the film's director, writer and cast.

What: Panelists include the female directors from films presented at the 2022 BIFF — Kristi Zea, Kestrin Pantera and Britt Rentschler — moderated by writer and BIFF board member, Mary Mott.

The Art of Don Gummer

The answer was no. Instead, BIFF “pivoted,” said Vickery, reinventing itself as organizations did everywhere in the face of COVID-19. Two years later, BIFF is itself again, prepared to screen 52 full-length documentaries and feature films and 28 short films and animated shorts. Putting the international in BIFF, 30 countries will be represented. Awards will be presented and filmmakers present for Q&A sessions during the 16th BIFF from Thursday, June 2 through Sunday, June 5.

“It’s full speed ahead,” said Vickery in a phone interview. “This will be a hybrid festival with a curated section online, as that is the future of film festivals. But people want to be back in theaters and it will be good to have that festival feel again.”

Back in 2020, Great Barrington-based BIFF worked with Shakespeare & Company in Lenox to screen 40 films at a pop-up drive-in on the theater group’s grounds. A year later, the sudden emergence of the delta variant caused Vickery and executive assistant Lauren Fermin to pivot once more and hastily organize a virtual festival on-line that Vickery described as “bizarrely successful,” setting the stage for the hybrid element in this year’s edition.

As is customary, the festival will screen films at the Mahaiwe and the Triplex in Great Barrington, with the Linde Center for Music and Learning at Tanglewood hosting films for the first time.

“Combining little old BIFF and the grande dame of Tanglewood is so cool,” enthused Vickery.

The festival opens Thursday, June 2 with “Art and Krimes by Krimes,” a documentary on artist Jesse Krimes, who while in federal prison secretly created huge works of art and went on to earn acclaim for his art involving others who are incarcerated. “It’s full of hope and inspiration featuring a man who fought through tough times and found his voice,” assessed Vickery. Krimes and director Alysa Nahmias, who headed an all female crew, will be in attendance.

The festival then expands to include films like “Bad Axe,” the Audience Award-winning documentary from the SXSW Film Festival, the Sundance Festival Grand Jury Prize winner “Fire Of Love,” and “Bernstein’s Wall,” a documentary about the legendary and complex conductor-composer Leonard Bernstein, whose Berkshire roots extend deeply at Tanglewood.

Berkshire-based filmmaker Holly Hardman will unveil her documentary “As Prescribed” at the festival. The film explores the adverse impact of benzodiazepines, anti-anxiety drugs Hardman argues are overprescribed by a medical community which is not entirely aware of its impact.

“The ignorance is widespread,” she said in a phone interview.

Hardman’s story began with her own bad reaction to, and long recovery from, the use of clonazepam. That prompted her to research the drugs, and while most users experience no adverse impact, as many as 40 percent experience withdrawal and symptoms like increased anxiety, mystery illnesses and severe pain, the filmmaker found.

“This is not an addiction issue,” said Hardman. “These are people who are trying to follow their doctors' orders.”

Hardman interviewed and filmed many of those impacted by benzodiazepines, focusing primarily on Geraldine Burns, of Boston, a “dynamic presence” who created the first benzodiazepine support group.

Hardman will be exploring distribution options next month, but with so many streaming services available for documentaries she is confident that “no matter what happens, the film will have a long life.” Hardman will be present to answer questions from the audience.

The latest prestigious guest to be honored by BIFF is actor, producer and human rights activist Alfre Woodard, who will join WAMC’s Joe Donahue for a conversation at the Mahaiwe Saturday, June 4, before a screening of her 2019 film “Juanita.” The versatile Woodard has been nominated for 17 Emmys and an Academy Award and two years ago made The New York Times’ list of the 25 greatest actors of the 21st century.

The festival closes Sunday, June 5, with the comedy “Pretty Problems,” a hit at the SXSW and Sonoma festivals about a young married couple who are invited to spend a weekend with the wealthy elite and are amazed to learn how the 1 percent live. Vickery saw the film with actress, South Berkshire resident and BIFF board member Karen Allen, and reported that “We were laughing in the first minute and didn’t stop for an hour-and-a-half. It felt so good to laugh in a theater again.”

“We went through a thousand films to get down to 80,” said Vickery. “Independent film is alive and well.”

For more information on the Berkshire International Film Festival, including film schedules and tickets, go to biffma.org