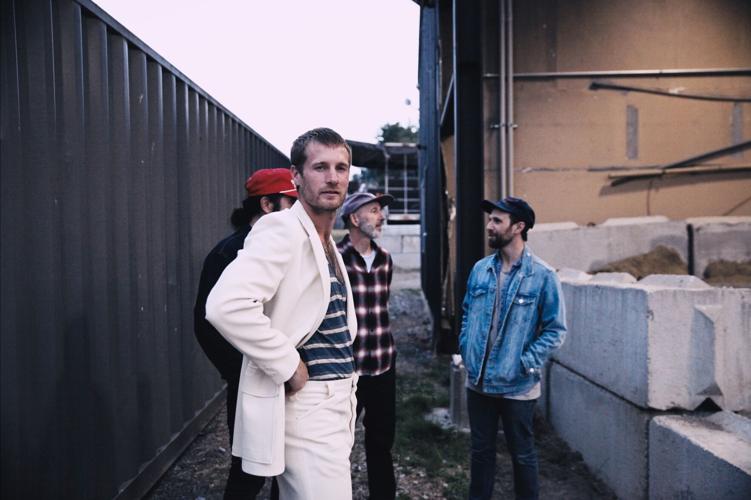 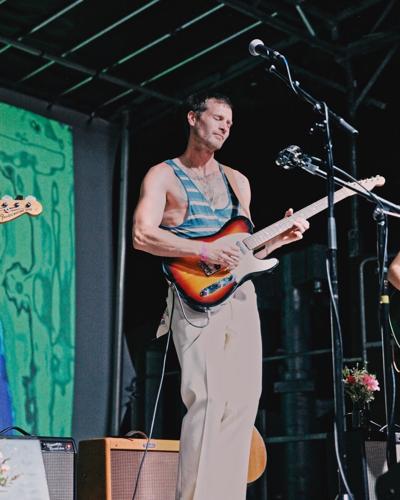 Billy Keane, who remains a member of The Whiskey Treaty Roadshow, also has a new band, the Billy Keane and the Waking Dream.

PITTSFIELD — Getting the call to open for the Gin Blossoms at the Mahaiwe in Great Barrington could have been a turning point in Billy Keane’s career, though it didn’t turn out the way he may have planned. That show in early 2020 in front of a full house was among the first on his own, with the support and encouragement of his longtime bandmates in The Whiskey Treaty Roadshow. And not only would the spotlight be on him, but it was the first show he ever played completely sober.

Billy Keane and the Waking Dream at Mr. Finn's Cabaret

What: Ranging from psychedelic indie rock to acoustic singer/songwriter folk, Billy Keane and The Waking Dream create unique musical experiences, wide-ranging and dynamic, blurring the line between prearranged and improvised.

“It was a very heavy experience, but the show went super well, the band was tight, the audience really dug the songs, and to this day people tell me about that show,” Keane says. “It was going to be the beginning of an awesome thing, and then a week later the world shut down.”

That was March 2020, and instead of spending the following months on the road, he spent it like everyone else in lockdown. But he didn’t look at it as a missed opportunity — he got down to writing enough songs for a few new albums and got into the studio as soon as he was able.

Now Keane is ready for another start, with a new album out last month, “Too Much to Let it Go,” that explores and expands his folk-meets-indie-rock sound. He has a new band, Billy Keane and The Waking Dream, and played the No Depression Stage Friday night at FreshGrass.

The new songs seem to show the effect of having time to really think and betray a sneaky capacity to be about more than they appear, or as he puts it, “to get deeper than the hook.”

That’s clear in the track “Quitting Quitting,” which subverts what could have been an outlaw-style cry of defiance with a mediation about what it means to let things go, for better or worse.

Other tracks also pursue this idea about intention and maturity. The song “Just Enough a Rebel” is about becoming the kind of man that helps with the kids’ homework and does the laundry, as well as finds time for a drink in the evening (if that’s their thing). He said he wrote it inspired by several of his Treaty bandmates who had added family commitments to their lives writing and playing music.

The songs came from a period of significant personal changes, perhaps most notably with the new year in 2020 when he stopped drinking, not because he was in trouble or had a health scare, but because he simply realized he “didn’t have time to be drunk and hungover.”

And there was also a recently ended marriage. “That opened a lot of space in my heart and life, and not in an easy way,” he says. “It is like cracking open a geode, it takes a big old whack from a hammer to split it open but then you look inside and there’s all this that’s been paved over.”

That comes with a lot of thinking about how to be in the world and setting aside the mythological lifestyle of being a hard-partying, carousing musician wreaking havoc all night long.

He describes it as “finding your masculinity within your own self-confidence to be a full person, not within a paradigm that society put together over the last century.”

“We get to choose what it means to be a man,” he says.

It’s the kind of growth that has allowed him to keep relationships and maintain a career in ways that perhaps previous generations couldn’t. As in the changing nature of the Whiskey Treaty Roadshow, the successful songwriting collaborative he co-founded in 2014. The group is still together and still plays around the region, but with each of the five members at different points in their lives, it gets harder to balance schedules and family obligations.

Keane describes the band as “truly like my family,” and that his solo project “in no way undermines the experience I had and continue to have with the Treaty. I’m so grateful for them.”

His new project, which calls itself the Waking Dream, includes his Treaty bandmate David Tanklefsky on lead guitar, along with Brian Kantor on drums (though Conor Meehan will be subbing in this weekend at FreshGrass) and Miles Lally on bass.

Kantor began playing with the group earlier this year. “I feel like [Billy’s] songs are well-considered and there are always twists and turns and great hooks, and it all makes sense and flows seamlessly,” he said. “He has a natural talent for weaving it all together.”

That extends to the subjects he writes about. “He bares his soul, and I like how honest and earnest he is.” Later this fall Keane will be teaching a songwriting workshop at The Soundry, a music education business Kantor runs in South Egremont.

Kantor added that as a performer, Keane starts from a complete vision of what he wants to hear but has the flexibility and trust in his band to see what they can add. “If he’s digging where it’s going, he lets that take shape,” he says.

Keane says that is part of the live music experience, taking advantage of changing tempos, improvisation, and trust in one another. “I love putting talented people in a position where they feel a little uncomfortable because these incredible things happen.” And tuning into how the audience responds. “We are all part of this experience, and the energy coming from an audience can and should inform a performance.”

Billy Keane and the Waking Dream at Mr. Finn's Cabaret

What: Ranging from psychedelic indie rock to acoustic singer/songwriter folk, Billy Keane and The Waking Dream create unique musical experiences, wide-ranging and dynamic, blurring the line between prearranged and improvised.