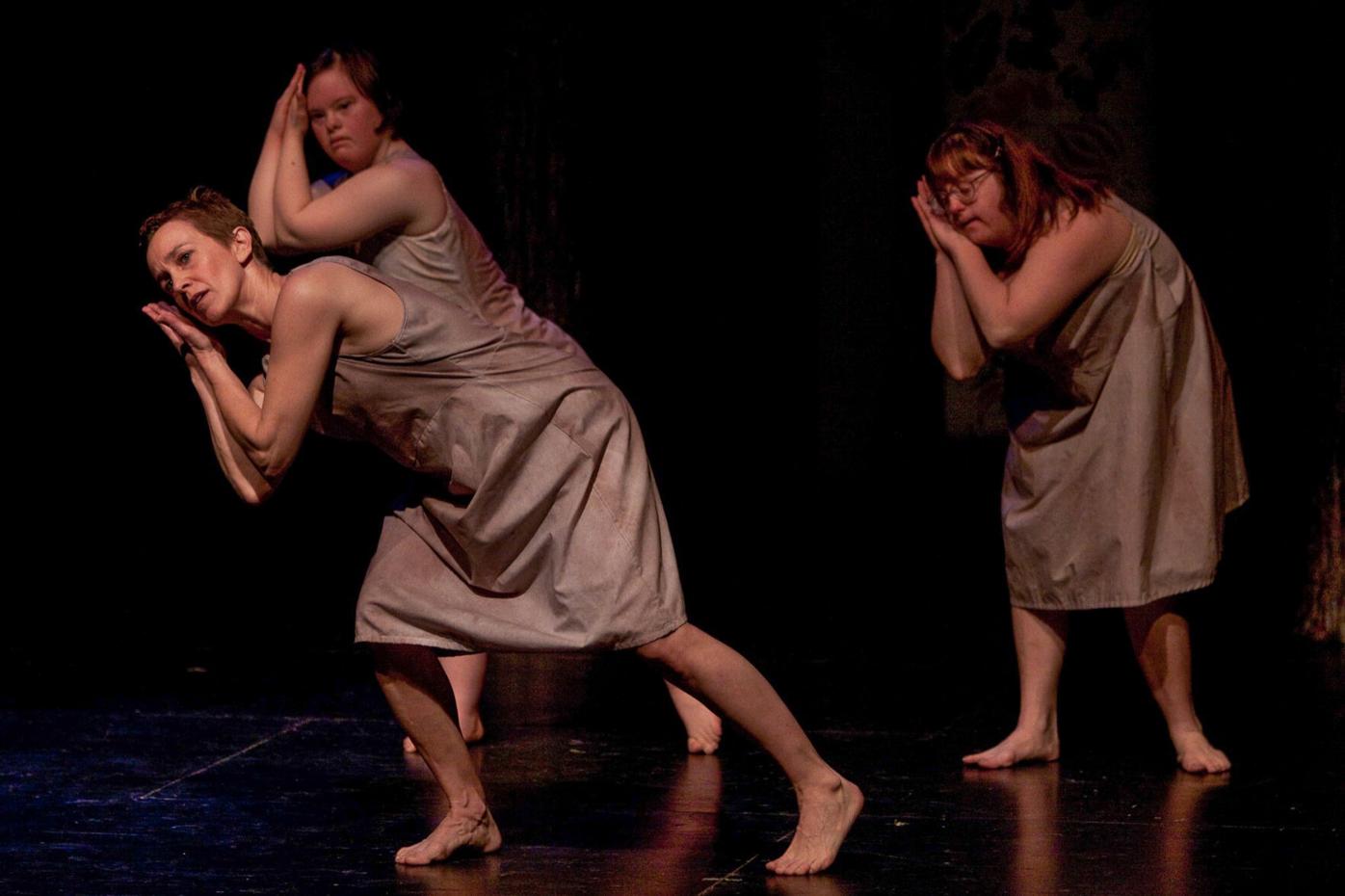 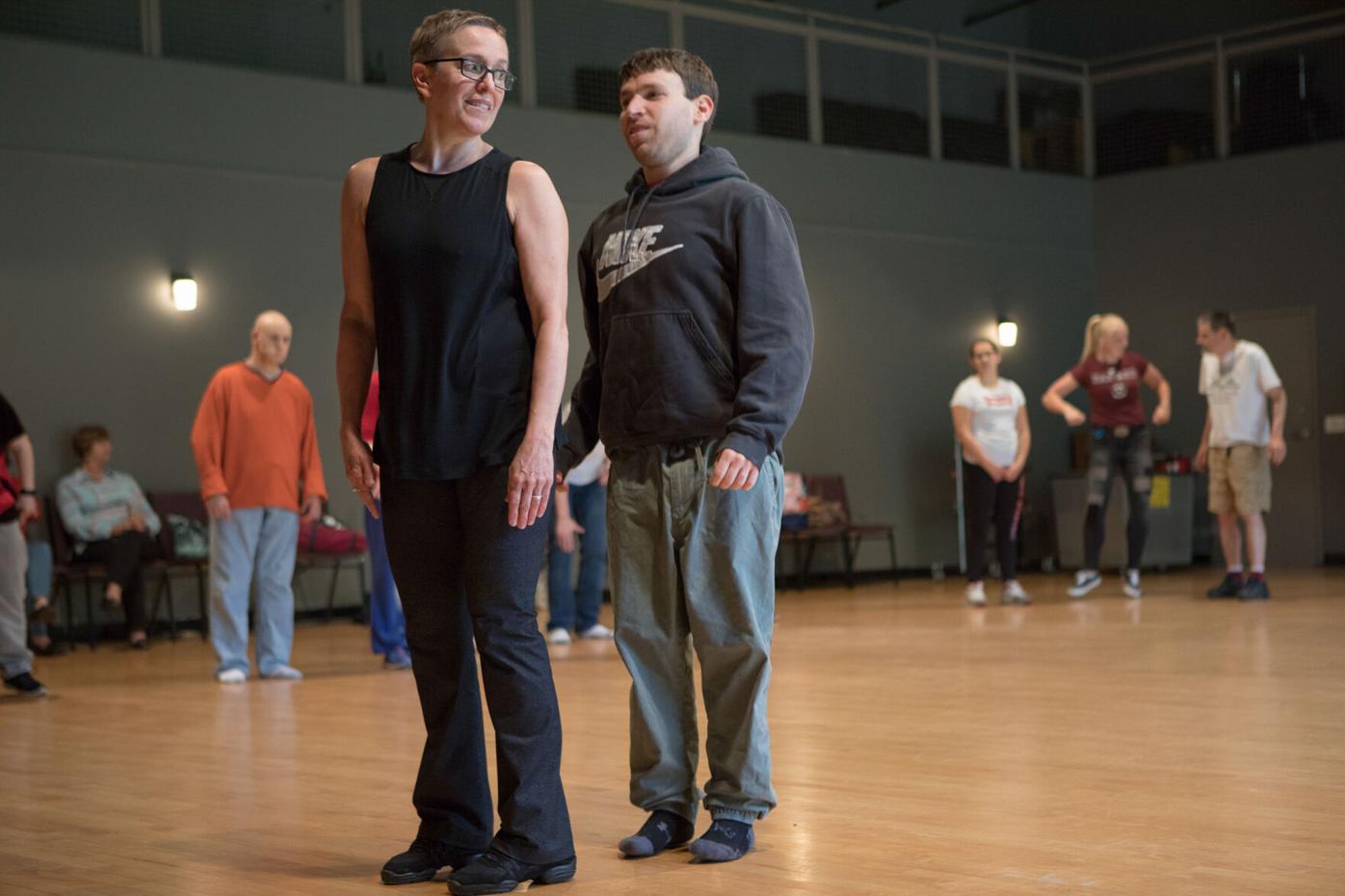 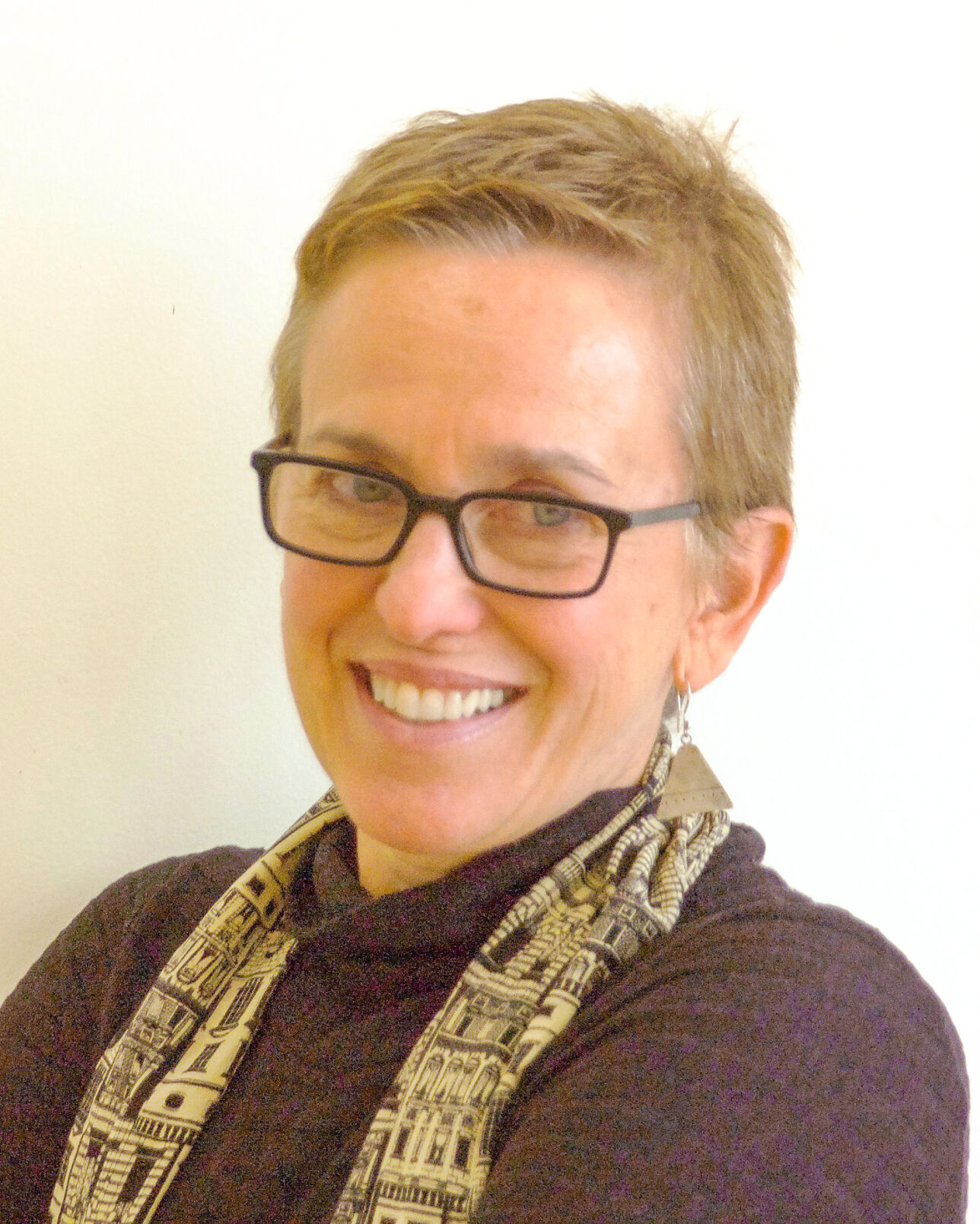 Dawn Lane, artistic director of Community Access to the Arts, is retiring after 28 years with the nonprofit. 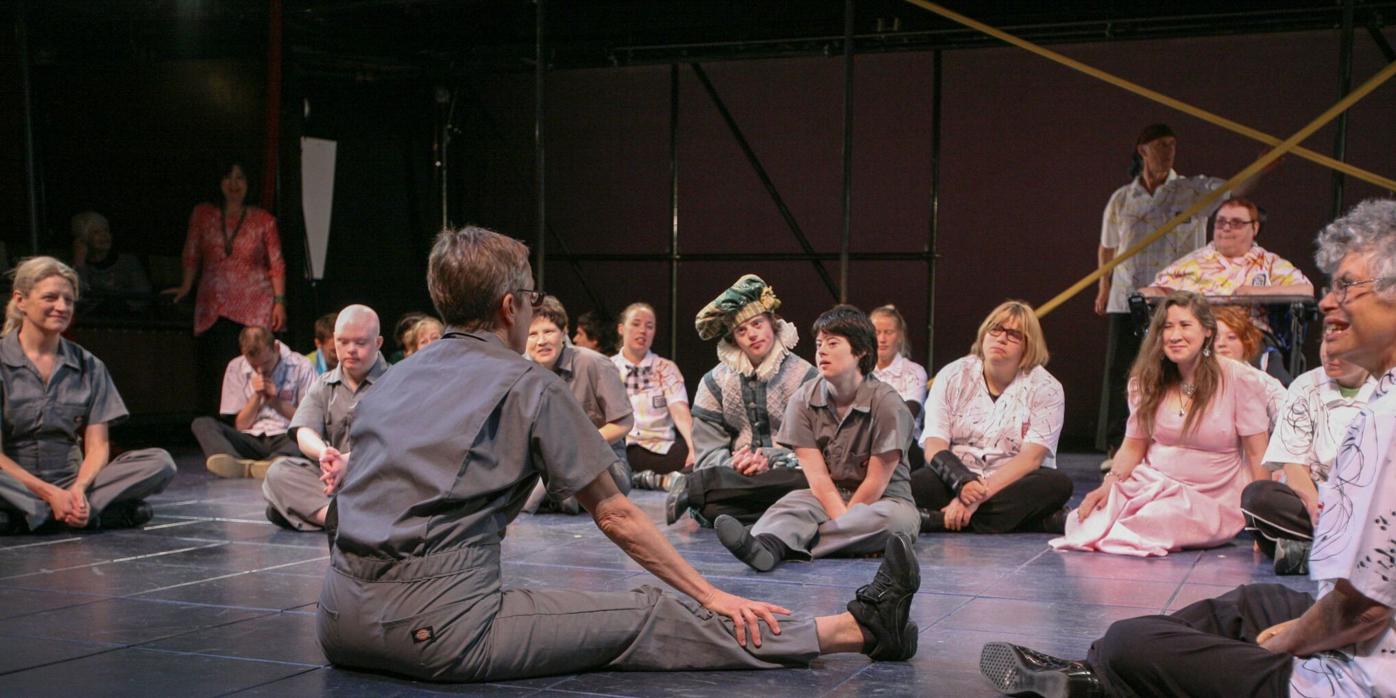 GREAT BARRINGTON — Long ago, choreographer and dancer Dawn Lane knew that pointe shoes and pain were not in her future.

Her classical ballet training would have to shift into something else.

“My toes were bleeding and my teacher was saying ‘Smile,’ and I thought, there’s just got to be another way to do this,” Lane said. “So I started studying modern dance, and there was my world.”

In the decades to follow, Lane would open her world to people, particularly those who are discounted, patronized and downright left out.

The dance world is exclusive enough. For people with various developmental disabilities, a shot at taking the stage was a rarity, at least in the Berkshires, until Community Access to the Arts came along and Lane, its artistic director, expanded what was possible.

“I think without knowing it, I was leaning towards mixing people up — trained dancers with untrained dancers — and just the idea of making dance a little more democratic,” she said.

With CATA, she made dances, sealed partnerships with other organizations and enriched lives for 28 years. In early December, Lane announced her retirement.

Founder Sandra Newman in 1993, CATA, as it is known, is part of an inclusive disability culture. It has stretched to include 800 people taking programs through 50 partner organizations in the Berkshires and into parts of Columbia County, N.Y.

The nonprofit christened a new main headquarters on Stockbridge Road last year because its former, leased, location downtown was bursting at the seams.

Lane’s work has been a major draw for an organization that is so critical to the community that it managed to continue programs during the pandemic. It quickly found a way to improve its virtual presence, but went back to in-person programs and residencies last fall with careful COVID-19 protocols given how vulnerable these artists are.

“We asked everyone what they needed during the crisis,” said Margaret Keller, CATA’s executive director. “They really wanted and needed CATA programs due to isolation. They were craving this outlet for self expression.”

Keller said CATA will likely hire a new full-time person with a range of performing arts expertise, but that they aren’t really looking to replace Lane, because that’s not possible. The community, she said, is grateful for Lane’s choice to work in the Berkshires.

“She has exceptional talent and nurtures talent in others,” she said. “She could have taken that talent anywhere in the world.”

Since Lane joined CATA in 1994, she has won numerous awards and founded the Moving Company, a mixed-ability dance troupe. Her legacy is filled with collaborations, most notably, duets presented at Jacob's Pillow with the late dancer, Marisa Yudkin, who developed Huntington's Disease. Filmmaker John Whalan documented this work in "Too Much to Stop."

The pandemic hastened Lane’s retirement. Lane, 64, said the expectations of excelling in the new remote, computer-based work world is requiring her to do things that don’t excite her at this point.

“I think one of the reasons people are so moved when the come to the show or to a CATA event is it makes them realize that CATA is going to make the mess with their definitions."

“It’s a bunch of different skill sets, and this is not the way I want to spend my last years working,” she said.

Don’t get her wrong — she’s not up for kicking back in traditional retirement, either, because she’s a “do-er.”

“I’m calling it my 'putterment,' and it has nothing to do with golf,” she said.

Puttering might involve transmuting her artistic energy into the visual realms. Lane, who lives in Stockbridge, might tinker with collage or painting. She studied printmaking, textiles and collage at Massachusetts College of Art and Design, and wants to explore new types of creation.

She will likely continue to work with dancers, possibly outside the Berkshires.

“I have dance pieces that can be taught and learned quickly by many different groups,” she said.

Lane grew up on Long Island, N.Y., and family connections brought her to the Berkshires on weekends and holidays. The family moved here full time when her uncle, George P. Lane, Ed.D., became the first superintendent of the new, regionalized school district that is now Berkshire Hills.

She went to college in Boston, lived in Maine for a while, then moved back here in the 1980s. She’s taught dance in the area, and has always been involved with Jacob’s Pillow Festival in some way after being a student there in 1985.

Lane met with CATA founder Newman in 1993, after she came to a performance Lane had choreographed, and asked her if she wanted to work for CATA.

Lane stayed on, and in various ways, helped the organization grow. She also learned that she had become a sort of activist for people who are cognitively, developmentally and intellectually disabled. They differ, she said, from the world of strictly physical disability, because they can’t advocate for themselves.

“They are not deliberately left out but just kind of forgotten,” she said. “They are easily and quietly kind of put in this compartment of being society’s eternal children, because that’s what works for us.”

Lane notes that the people served by CATA are mostly adults.

CATA, Lane said, has prompted a change in this thinking. Its annual gala, featuring Lane’s work with the dancers, is where the larger community has been gripped by the power of the human spirit, no matter what a person's differences.

“I think one of the reasons people are so moved when they come to the show or to a CATA event is it makes them realize that CATA is going to make them mess with their definitions," Lane said.

It doesn’t come from talking about, but from doing, through art. She says she doesn’t think of herself as an activist, but she realizes it's part of her legacy.

“There is an activist kind-of facet to what I do that I really hold true to, just to make sure that the work doesn’t tokenize anybody, it doesn’t stroke people’s misconceptions but gets them to lean away form their misconceptions and redefine who it is that they’re looking at,” she said.