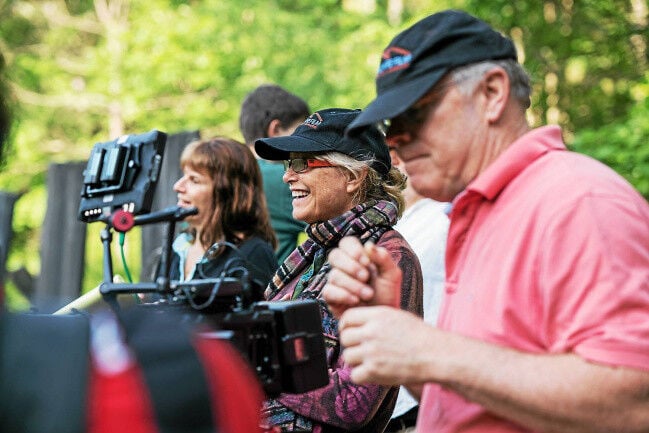 Director Karen Allen is joined by producer Diane Pearlman and cinematographer Rick Sands on the set of "A Tree. A Rock. A Cloud." in Sandisfield. 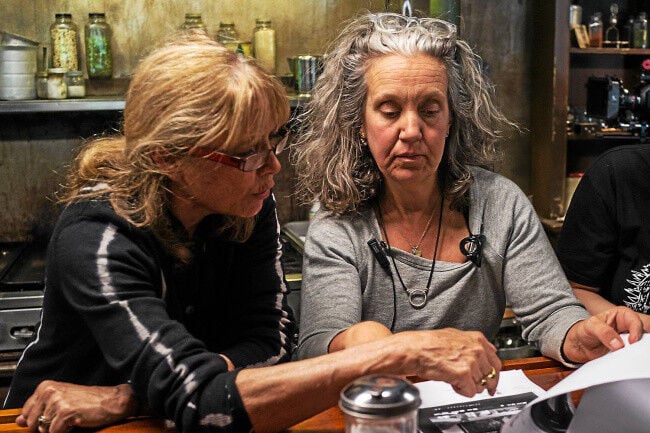 Director Karen Allen and Amy Lynn, first assistant director and co-producer, discuss a scene during the filming of "A Tree. A Rock. A Cloud." in Sandisfield. 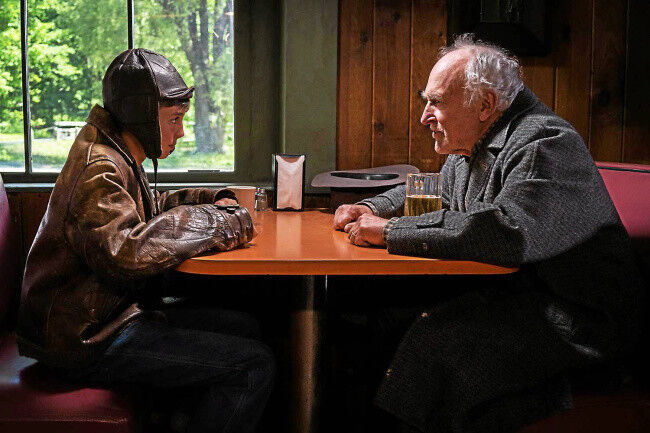 Jackson Smith, in the role of the 'Boy' and Jeffrey DeMunn, as the 'Man,' film a scene for "A Tree. A Rock. A Cloud." in Sandisfield.

Did you miss the opportunity to screen the directorial debut of award-winning actor, theatrical director and writer Karen Allen in 2017?

"It's been a labor of love," Allen, who served as both director and screenwriter, said of the process in a 2016 interview with The Eagle. Allen, who is known for her iconic roles in "Raiders of The Lost Ark," "Animal House," and "Starman," resides in the Berkshires and owns Karen Allen Fiber Arts, a woman's clothing store in Great Barrington. She also serves as a board member of the Berkshire International Film Festival and advisory board member of the Berkshire Film and Media Collaborative.

“A Tree. A Rock. A Cloud." based on the Carson McCullers’ short story of the same name, was shot over a seven day period in June 2016, at the SilverBrook Cafe in Sandisfield.

Caretaker of this story: Karen Allen's new film is labor of love for piece by Carson McCullers

Set in the 1940s, McCullers' short story begins with a paperboy taking a break from his route at a cafe on a rainy morning. It is here that he encounters the old man, who tells him the story of how he lost his love — his ex-wife — and how he is teaching himself to love again.

The man tells the boy that by treating love like "a science" — starting with simple things such as a tree, a rock, or a cloud — he has allowed love back into his life.

The film began with a quiet online fundraising campaign in 2013. It was then, with the encouragement of Brian Long, a producer at Rattlestick Playwrights Theater — a theater group she works with in New York City, that Allen decided to pursue making the film. Long offered to help with the project, as did producer Diane Pearlman, who heads the Berkshire Film and Media Collaborative.

Actor Jeffrey DeMunn ("The Shawshank Redemption," "The Green Mile," "The Walking Dead") plays "the man," while James McMenamin ("Orange Is The New Black," "Manifest") plays Leo. The movie marked the acting debut of then-12-year-old Jackson Smith of New Marlborough. The ensemble cast also includes Berkshire actors Terry Holland ("The Man Who Killed Hitler and Then the Bigfoot"), Kale Brown ("Another World," "One Life to Live," and "Days of Our Lives") and the late Karen Beaumont.

"I found directing this film much less stressful because I was working with two of my favorite actors. I have known and admired Jeffrey DeMunn for 40 years. It's always been in my mind that Jeff would play the man," Allen said during the 2016 interview. "It was in my mind when he was 20 years too young to play the part. I met James three years ago and worked with him twice in the theater. I spent the last two years completely terrified neither one of them would be available when I had a place we could film. We were able to get both of them the week before they both had to go back to work on their television shows."

“The incredible quality and luminosity of this short reflects the level of film industry professionals we have in the Berkshires, as well as the gorgeous locations available to filmmakers,” Pearlman said in a news release.

More information and links to streaming services can be found at atreearockacloudthefilm.com.

The Making of "A Tree. A Rock. A Cloud.: A Karen Allen Film"