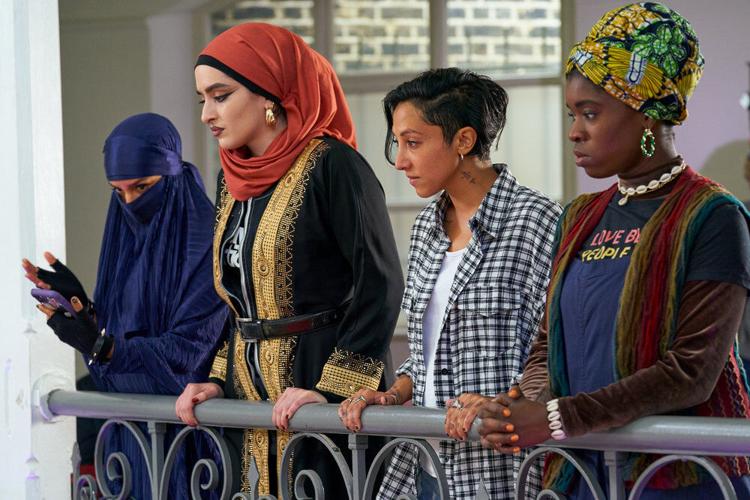 Pictured: (l-r) Lucie Shorthouse as Momtaz, Juliette Motamed as Ayesha, Sarah Kameela Impey as Saira, Faith Omole as Bisma in a scene from Season One, episode 1 of "We Are Lady Parts." 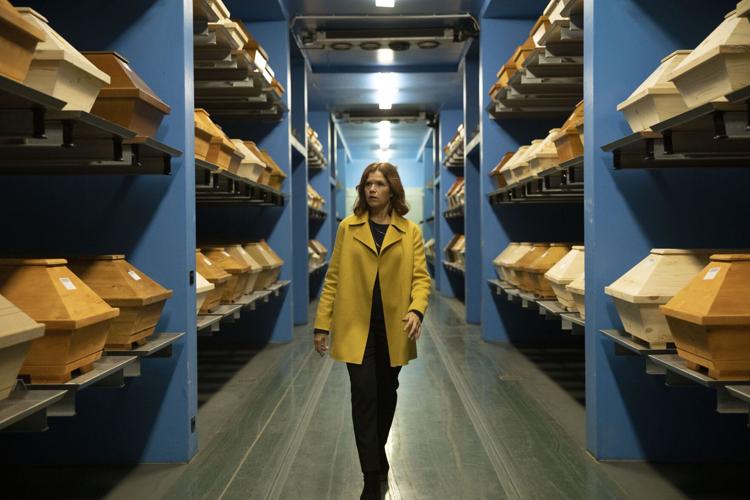 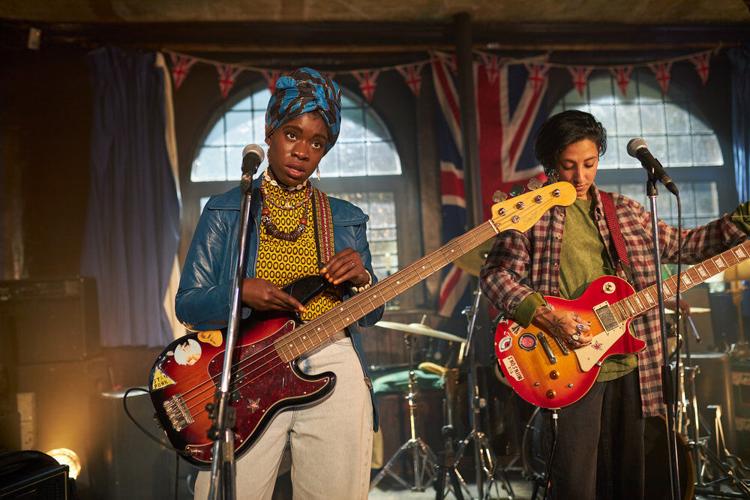 Faith Omole as Bisma and Sarah Kameela Impey as Saira in a scene from an episode of "We Are Lady Parts." 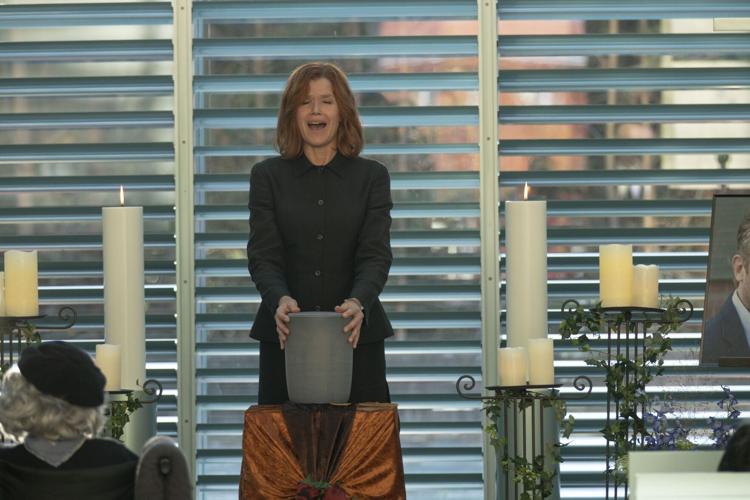 Pictured: (l-r) Lucie Shorthouse as Momtaz, Juliette Motamed as Ayesha, Sarah Kameela Impey as Saira, Faith Omole as Bisma in a scene from Season One, episode 1 of "We Are Lady Parts."

In many ways this German series is sold very short by its brief description, something quick about a woman becoming a professional funeral eulogist after the death of her husband. As with life — and this often addressed in her eulogies — it’s what’s unstated that is the most important aspect.

Karla (Anke Engelke) does indeed become a professional eulogist after the death of her husband, but that’s just one aspect to a more sprawling examination of the intersection between loss and discovery, of death being an unavoidable harbinger of change. Karla is unpredictable, blunt, and this aspect seems to cause annoyance and disarray in her personal life even as it’s refreshing to her husband. But without him in her life to cushion her approach when faced by others — as well as her own children — Karla barrels into her new career by haranguing the beleaguered funeral director (Thorsten Merten) who’s watching his own life spiral out of control in the form of a dying family business.

There are other complications. Karla’s son (Juri Winkler) is having understandable difficulty dealing with the sudden death of his father and is expressing that with irritation and attempts at separation. Her daughter (Nina Gummich) has returned home in an attempt to be the grown-up in the room, but slowly finding it hard to deny that she’s stepped away from her passions in order to compensate for a carefree mother. And Karla has discovered her husband had a secret life — one that is small, but complicated, and demanding analysis.

It’s in this swirl that Karla formulates her words at the funerals, each often spurred on by her own journey and the lessons she carries with her and carried out with her personal irreverence that often causes her to grasp what goes unstated in the lives of others and what needs to be said before it is too late. The Last Word offers subtle insights amidst its animated depiction of the situation — an unexpected gem sadly being undersold.

"We Are Lady Parts" (Peacock)

The premise, at least for some of us, is irresistible — a group of young Muslim women get together as a punk band — but in fleshing it out there are dangers that could undo it. One of them is laziness. The fear is that the admirable achievement of positive representation might be the central one, tacked onto a premise that could invite some lackluster specifics. That’s far from the result, thankfully.

The series follows Amina, played by the wonderful Anjana Vasan, a biology student going for her PhD who gets tapped as the band’s new guitarist through a chance encounter. Amina is a devout Muslim who struggles to make sure her love of music co-exists properly with her religious beliefs, but this is a source of anxiety for her alongside the process of finding a husband and the pressure to do so inflicted by her other devout friends.

It’s Lady Parts leader Saira (Sarah Kameela Impey) who becomes fixated on Amina joining the band and having to convince her bandmates about the choice. Saira is the opposite of Amina — an open wound who works through pain in her song lyrics and stage performance, aimless and seeking connection even as she finds it difficult to do so. She and Amina form the bookends, but the other members aren’t just being rattled between them — each has their own specific story and the series does well in portraying them.

Creator Nida Manzoor has said that there’s a lot in the series that is autobiographical, and that she took a lot of care to depict Muslim women as she has experienced them in her own community. Crucial to these portrayals is Manzoor’s rejection of centering on their problems with Islam and rejection of it, something that has become standard in Muslim depiction on television.

Instead Manzoor offers young women who are accepting of their faith and community, but as with all people in their 20s, trying to figure out how exactly they fit in while still maintaining their self-identity. In religious terms, this means the characters express themselves differently. In the general terms of humans living on earth the major victory here is that the characters are no different from anyone else and it’s what we, the viewers, share with them rather than what our differences are. The title of the series has it entirely correct — We Are Lady Parts. All of us.

Viewer's Discretion columnist John Seven recommends two French series this time around, "Mythomaniac" on Netflix and "He Even Has Your Eyes" on Topic.

What to stream now: Popular Australian series 'Jack Irish' is much more than a detective show

The 'Jack Irish' series — which consists of three TV movies and three series — has proved enormously popular in its native Australia. I think it’s largely due to its unique mix of tragedy and complexity alongside a relentless and self-deprecating humor.