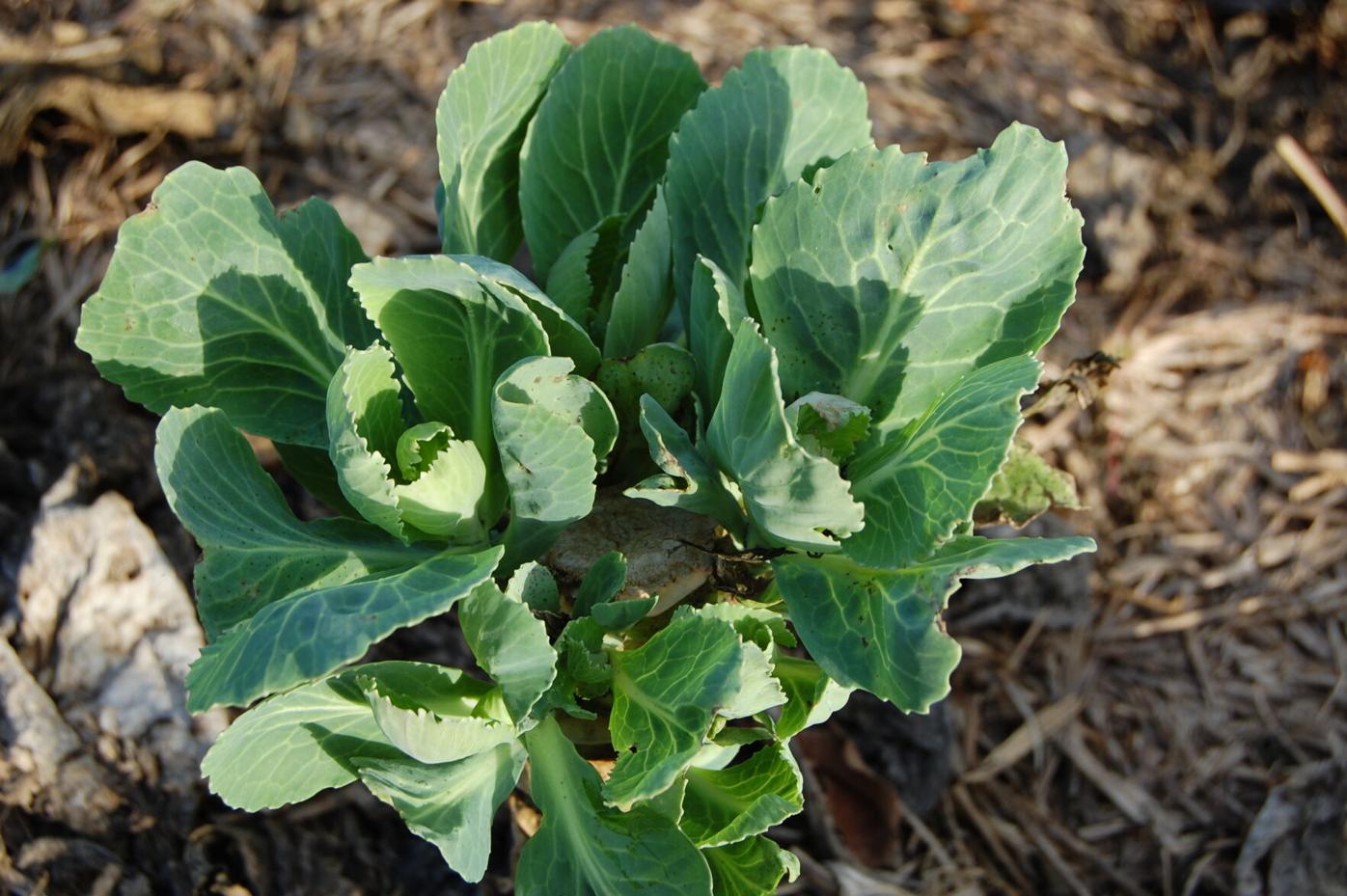 New shoots emerge from stem stub remaining after the head of cabbage was harvested. 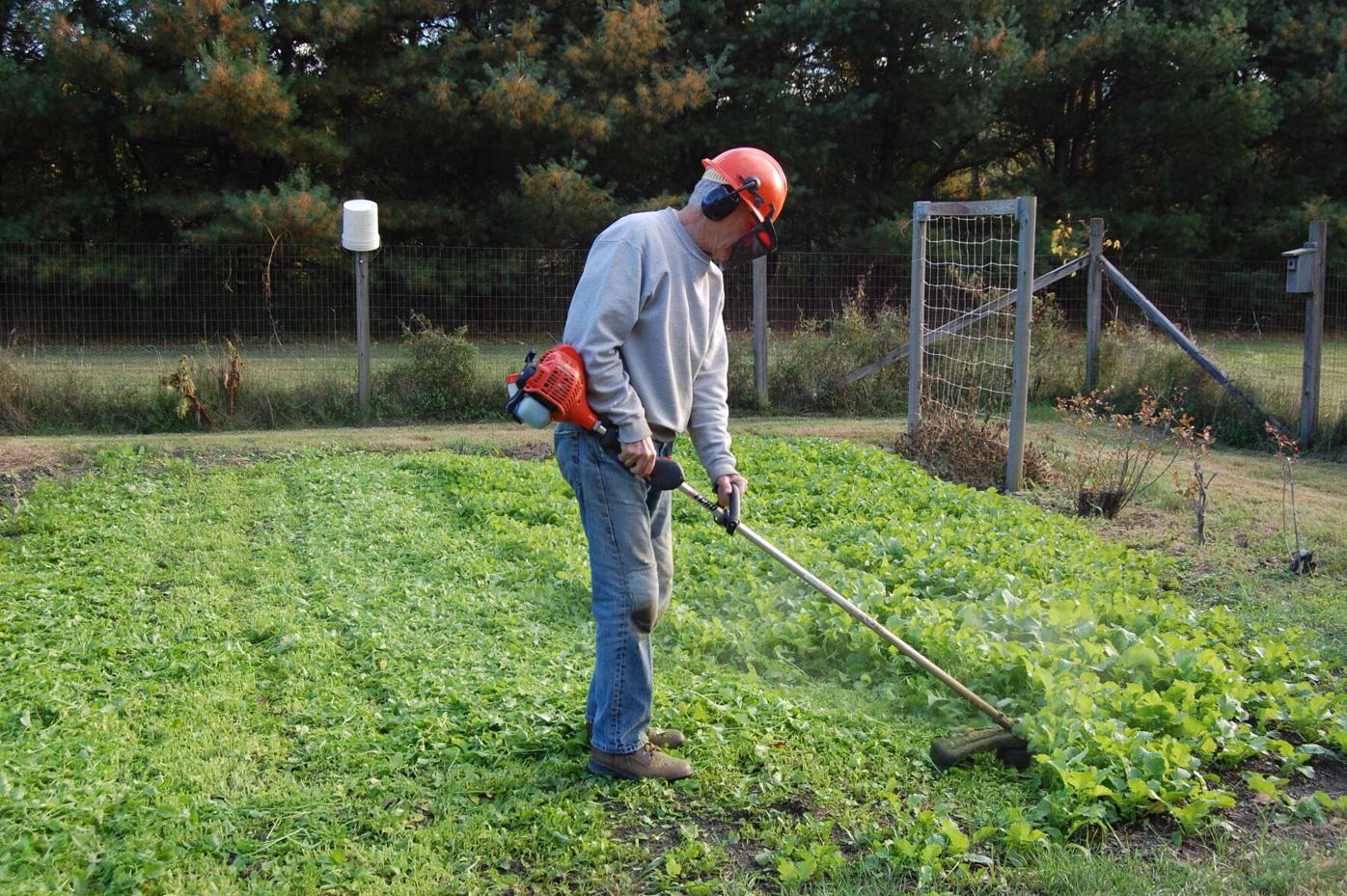 Using a string trimmer to mow a cover crop (green manure) of mustard in preparation for planting garlic later in October. 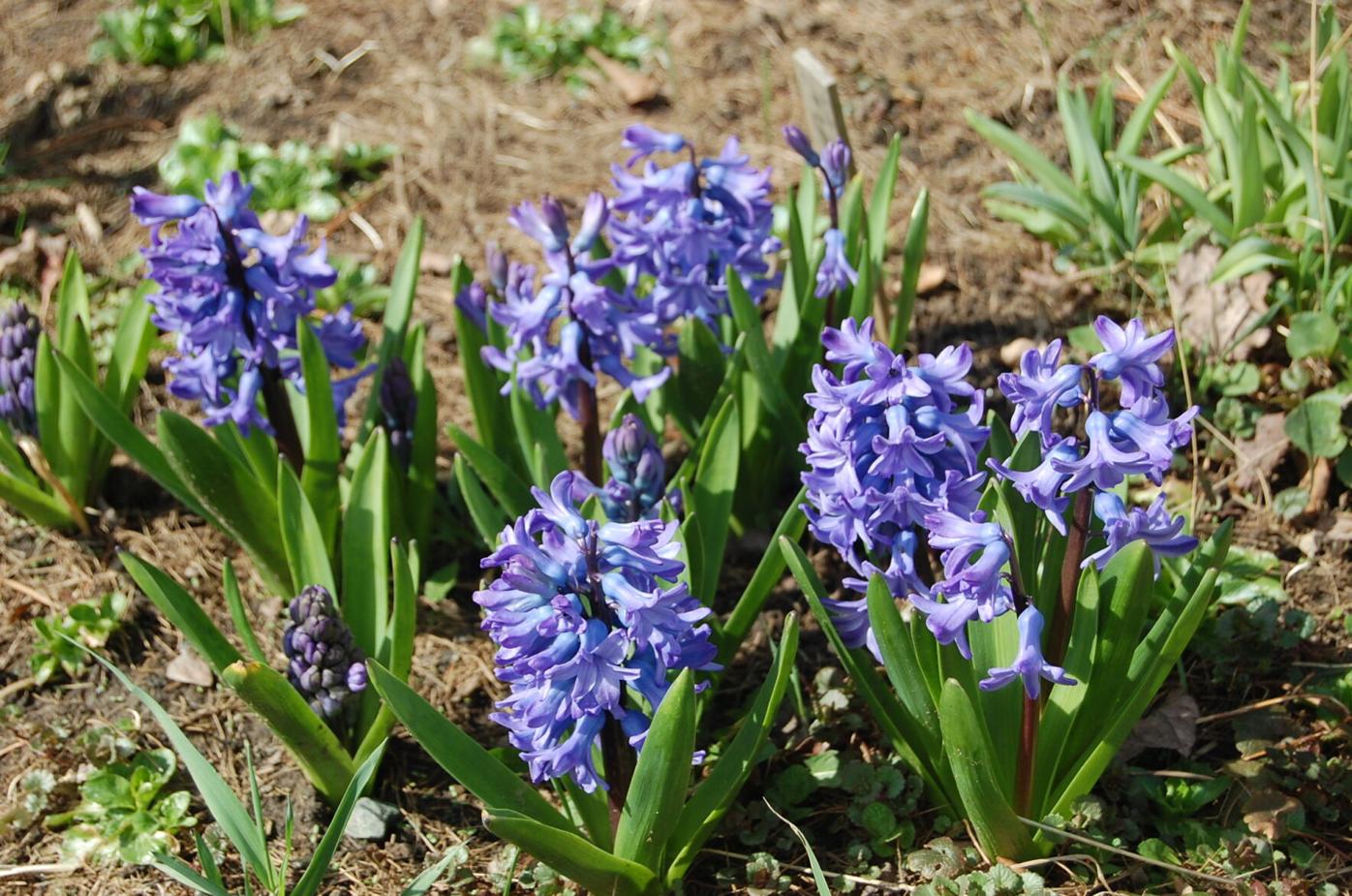 Hyacinth is one of the many deer-resistant spring flowering bulbs.

New shoots emerge from stem stub remaining after the head of cabbage was harvested.

Using a string trimmer to mow a cover crop (green manure) of mustard in preparation for planting garlic later in October.

Hyacinth is one of the many deer-resistant spring flowering bulbs.

On several occasions over the past few weeks, Jack Frost nipped my nose, my toes — and my tomatoes. Granted, most were little nips, but enough to shut down the tomato and other tender veggie factories in our garden, as well as terminate the ornamental show performed by annual flowers in the landscape. Certainly, more potent doses of frost are not far behind. One might think that I’d be disheartened by this chilling end to the growing season. Well, I’m not. In fact, I see this as the beginning of another gardening season. I know what you’re thinking: “The frost nipped his brain, too!”

Well, one of the advantages of gardening in temperate climates is that we always get a chance to do better the next time. Frost is like an eraser that wipes the slate clean each fall, allowing us to start over without the encumbrance of past failures. The key to doing better the next time, is that we recognize our past failures. So, as I begin erasing the slate, I’ll make notes on what worked, what didn’t, and what I need to do better next year.

Make a list of insect and disease problems that occurred through the growing season. Note the remedial actions taken for each problem and how successful they were.

Do a little research, online or via catalog descriptions, to find plants and/or varieties resistant to the identified problems.

Pay attention to environmental factors that may have played a role in the poor performance of certain plants. For example: Was the site too sandy or gravelly, and thus, too dry for the plant, or was it too wet as a result of poor drainage? Plan to incorporate organic matter into the soil. It may seem odd, but increasing organic matter in soil helps mediate either situation.

Was there too much shade for fruit producing vegetables or sun-loving annual flowers? Either remove the shade creating factor, which may be a little difficult if it is your house, or relocate the garden. In the case of annual flowers, simply select shade-tolerant species next spring.

Evaluate whether plants were set too close to one another. This would result in poor air circulation, a situation favoring disease development. Intense root competition for nutrients and water is another outcome of dense placement of plants. Next year, pay attention to the spacing requirements as listed on seed packets.

Re-visit soil nutrient management practices. Consider what fertilizer was used and how often it was applied? Also, include any limestone additions, if any were made prior to planting. This would be a good time of year to have soil tested. For information on soil testing, including how to collect soil samples, go to the UMass Soil Testing Lab web site: https://ag.umass.edu/services/soil-plant-nutrient-testing-laboratory

While this late season assessment was all about vegetable crops and annual flowers, a similar strategy may be applied to herbaceous perennials and woody plants in the home landscape. This is a good time to make a note to move crowded plants over the next week or 10 days, or wait until early next spring. Also, if any plant is performing poorly, it may not belong. I’m often reminded of advice a gardener at one of the renowned public gardens in England gave me when discussing the poor performance of some plants in a given setting. He said: “If it doesn’t belong, rip it out.” Hmm. Not much sympathy there for poor performers, but still, it is good advice.

Here’s some advice to consider while enjoying this holiday weekend:

Till or turn under any green manure crop planted last month where garlic is to be planted at the end of this month. A cover crop will need about three weeks to decompose. While on the subject of garlic, shop for garlic bulbs now if you haven’t saved any from this year’s harvest. Of the 50 or so varieties that I’ve planted over many years, the most reliable variety has been Music. One local source for this variety that I know of is Ward’s Nursery in Great Barrington. In addition to Music, they also have Georgian Fire, Russian Red, and German Extra Hardy.

Maximize your cabbage harvest. After harvesting the heads of cabbage, leave the remaining plants intact. Within a week or so, new shoots will emerge from the stub at the top of each plant. Each shoot is capable of producing a new head, although, it will be small and not firm. Nevertheless, these will still be edible and are easily shredded for use in making coleslaw or in other recipes. A firmer head is likely to form if all but one of these new shoots is removed.

Divide clumps of chive, tarragon, mints and lovage. Discard the central parts of clumps if they have died back, and replant the divisions. Mints appreciate a topdressing of compost or rotted manure in fall.

Dry some fall asters in silica gel for indoor flower arrangements. Strip the leaves from stems and lay the flowers on an inch thick layer of silica and cover the bloom with more of the powder. In about 4 or 5 days the flowers will be dry. Silica gel, actually a powder, can be found at craft stores.

Before you grumble about raking, remember fallen leaves are a great source of composting material for next year's gardens.