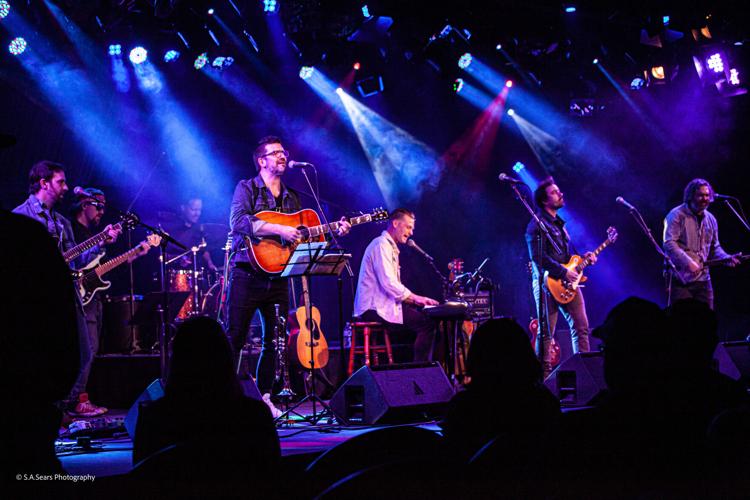 Whiskey Treaty Roadshow performs at the Stationery Factory on April 30. The venue has recently reopened and plans to host multiple music acts each week. 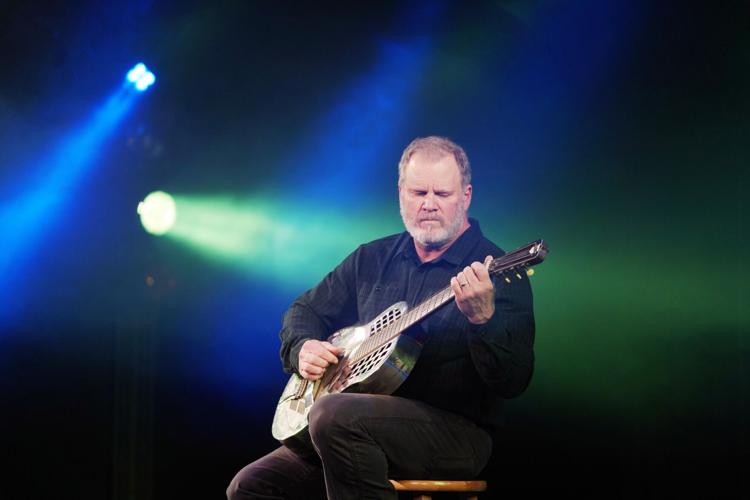 Steve Sears, owner of the Stationery Factory, plays on the venue's stage during 2021.

DALTON — As cultural venues step cautiously back into the pandemic-interrupted waters of live indoor performance, this month the Stationery Factory is powering full steam ahead with a full lineup of bands.

Season at a Glance

Back to the Eighties Show with Jessie’s Girl

Who: Featuring members of The Band and the Levon Helm Band

The Refrigerators with Hotshot Hillbillies

Back in Black — The True AC/DC Experience

Meet on the Dance Floor with Brownskin Band

This month, the Stationery Factory hosts New York City’s “Back to the Eighties Show with Jessie’s Girl,” the UCP of Western Massachusetts annual benefit concert (May 7); The Weight Band, featuring members of The Band and the Levon Helm Band (May 13); The Refrigerators and Hotshot Hillbillies (May 14) and Back In Black — The True AC/DC Experience (May 21).  Meet on the Dance Floor with Brownskin Band, promises a night of high-energy dance tunes (May 27), while the Chris Duarte Group rounds out the month with blues (May 29).

The transformation from paper factory to performance venue is a truly local undertaking. When Dalton resident Steve Sears read in 2012 that his former employer of 25 years, the 250-year old Crane & Co., was consolidating its stationery division in its North Adams plant, he decided to buy the company's Dalton facility.

“I grew up here, and have always been concerned with what happens to these buildings when they’re no longer going to be used,” the Dalton native said in a recent phone interview. “I had no idea what I was going to do, it was like the proverbial dog catching the school bus.”

Initially, he considered tapping into the community trend of hosting events in large, empty post-industrial spaces. His many musician friends, however, had other ideas.

“They saw the space as something that had potential [as a music venue],” Sears recalled. “It was just what evolved, kind of organic.”

Sears and his wife, Maria Cruz, initially opened the refurbished building in 2013 as a small business rental facility. Some two dozen current tenants include a brewery, acupuncturist and guitar repair shop. In 2017, they launched the music performance venue and event space.

Sears wanted to ensure his home community of Dalton had a place in the cultural life of the Berkshires, with varied, quality offerings.

“We had plans to create an acoustically tuned room, so we put an immense amount of effort, time and cost into its sound system, lights and physical makeup,” he said.

When Berkshire Choral Festival ceased operations at Berkshire School in Sheffield after 25 years, “they had a huge amount of equipment and we bought it all,” Sears said.

Sears’ reaction to the forced shutdown was perhaps not typical for a flourishing commercial venture.

“It was one of the biggest reliefs that ever happened to us,” he explained. “Maria and I were so overworked, we really didn’t have the bandwidth to sustain what we were doing.”

Sears made the decision not to reopen until spring 2022, and used the hiatus to make improvements and install an elevator and new entrance.

“We made a huge investment. It cost us more than it cost to buy the building,” he said. “We’re in it for the really long term.”

Given a chance to step back and look at the organization, “Some very natural things fell in place,” Sears said.

On the production side, Abe Guthrie became concert venue manager. The son of musical icon Arlo Guthrie, he had worked with and advised Sears from the outset.

“I’ve known Abe for a long time, his band was one of the first to play at our place,” Sears noted. “He’d been on the road with his dad for some 30-something years, and [now he] was available. Our ideas are very similar, we’re very focused on doing something of quality, all family-friendly.”

Greg Geyer, an employee since 2014, is charged with booking talent. “We want to raise the bar for the county, and bring in the highest quality acts we can,” Geyer said recently by phone. “Our room [has] great sound quality, Livingston Taylor [James Taylor’s brother] said it’s the best he’s heard in decades.”

The emphasis, he noted, is on booking touring acts, with local acts opening for them. The plan is to build to two to three performances a week, with a mix of different genres. “We’re going to have a lot of shows going through,” he promised.

Joining Geyer on the phone call, Guthrie noted the venue’s multiple spaces let local bands scale down to a smaller room for stand-alone concerts. The veteran keyboardist has played there himself several times over the years, and will appear with local country rock band Whiskey City on June 11, opening for rock ’n’ roll comedy music act The Fools.

“I have a history in sound engineering as well as [performing],” Guthrie explained. “We’ve worked to make sure this space has been acoustically treated. We recently updated the sound equipment to take us further into the future, it’s really high quality.”

“It looks like a big metal factory floor; you start listening and realize the sound is taken care of really well.”

So is the visual experience, he noted. “We have a monster lighting rig, over 200 lights installed in here. We’ve got tour level lighting in this little club.”

The May lineup “has a bit of everything,” Geyer said. “The Weight Band will be playing songs from The Band and new songs. ‘Take a Load Off, Annie,’ that’s their song.”

“They’re Americana Rock,” added Guthrie, “they’ve been around forever, they were with Bob Dylan for a while.”

“Back in Black is an AC/DC tribute band, they’ll be a lot of fun,” Guthrie said.

Geyer added, "They’re based in Massachusetts and play all over the East Coast. They have a lot of mid-Berkshire County fans.” Local band The Goonies will open for them.

“The Brownskin Band is an evening of dancing, they’re a funk cover band out of Syracuse, N.Y.,” Guthrie said. “We’re excited to have them back, they’re nonstop, nobody could stand still.”

“Chris Duarte is a really good blues guitar player, he tours all over the country,” Geyer said. “He’s a high-energy blues rock show, all original,” added Guthrie. “He calls himself ‘Ferocious Blues’.”

The venue has already warmed up for the season, with recent return performances by Stationery Factory favorites Popa Chubby and Whiskey Treaty Roadshow. It also hosted the legendary Crash Test Dummies, which was a huge success, according to Geyer.

“It was a nice full house with plenty of room, we were able to spread out the seating,” Geyer said. “They played songs from their past, they put on an amazing show. We had people come from two hours away, from Connecticut, Vermont and Boston. They were singing along and cheering.”

Afterwards, he noted, his wife, Cindy, said, “It’s just amazing to see so many smiling faces and people out having fun again.”

There will be plenty more opportunities to hear live music, Guthrie promised. “We’re really just starting to get swinging again.”