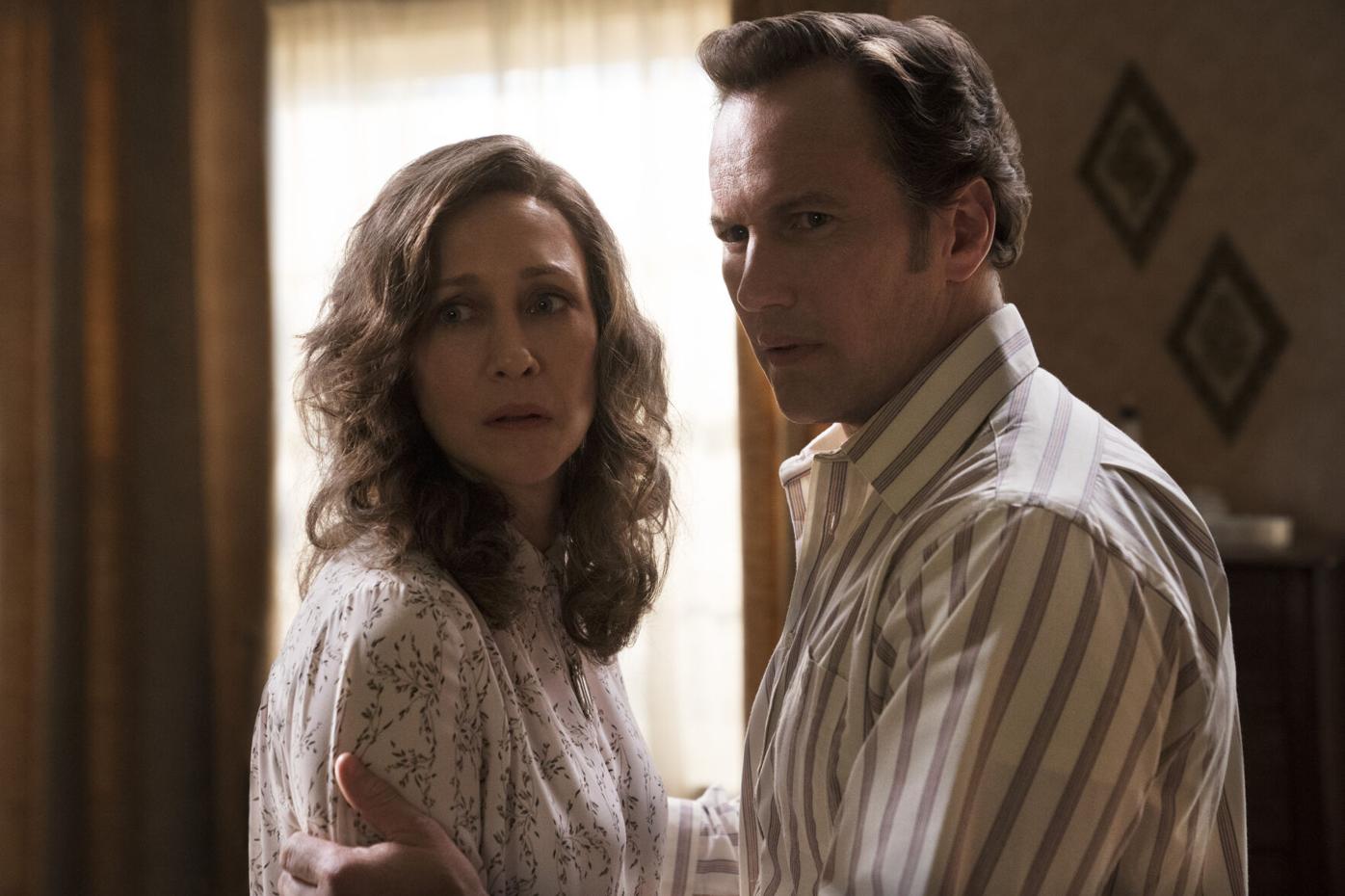 Vera Farmiga, left, and Patrick Wilson return as Ed and Lorraine Warren in "The Conjuring: The Devil Made Me Do It." 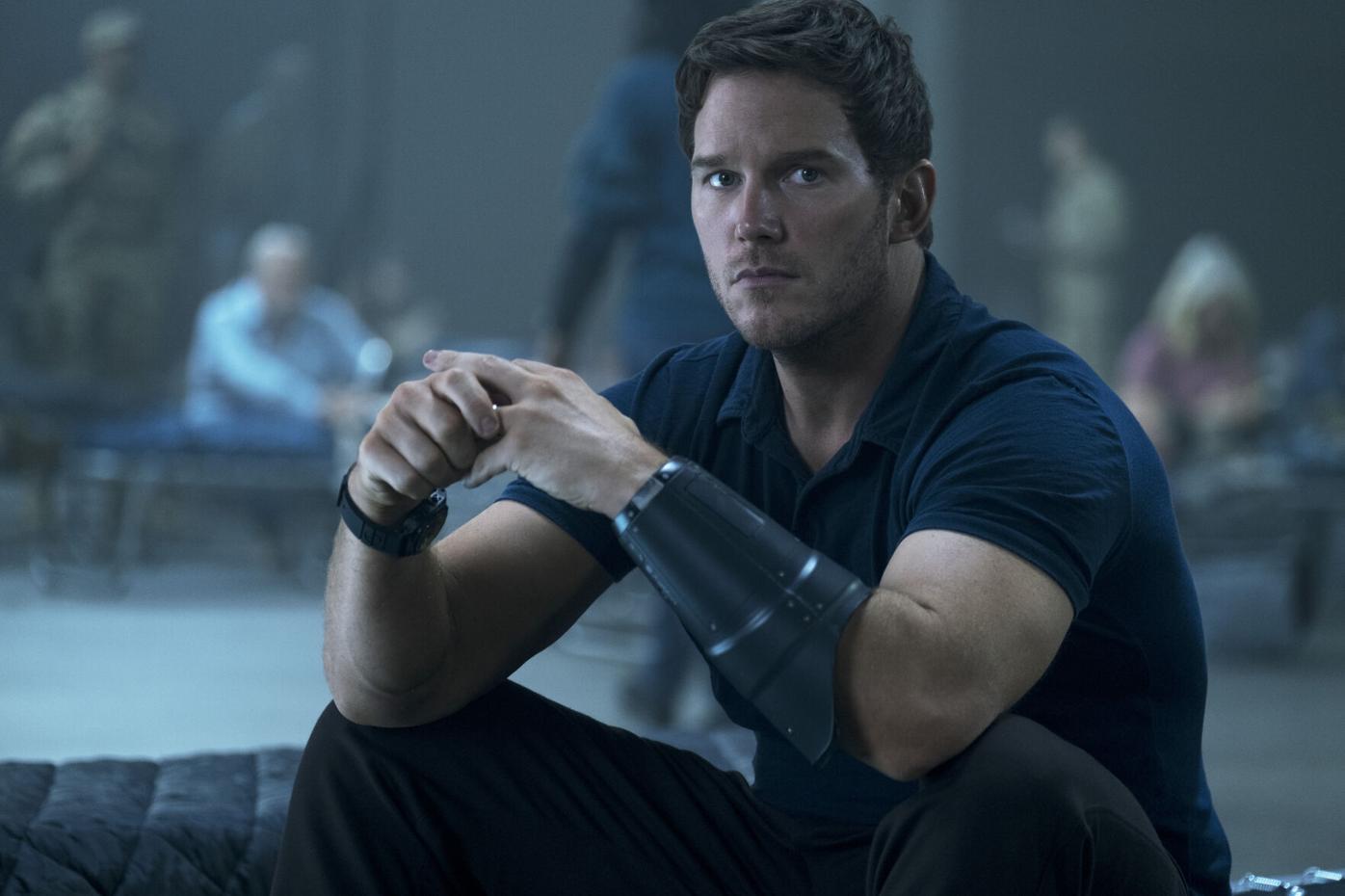 Chris Pratt is among a group of soldiers from the past drafted to fight to save the planet in the future in “The Tomorrow War," opening July 2. 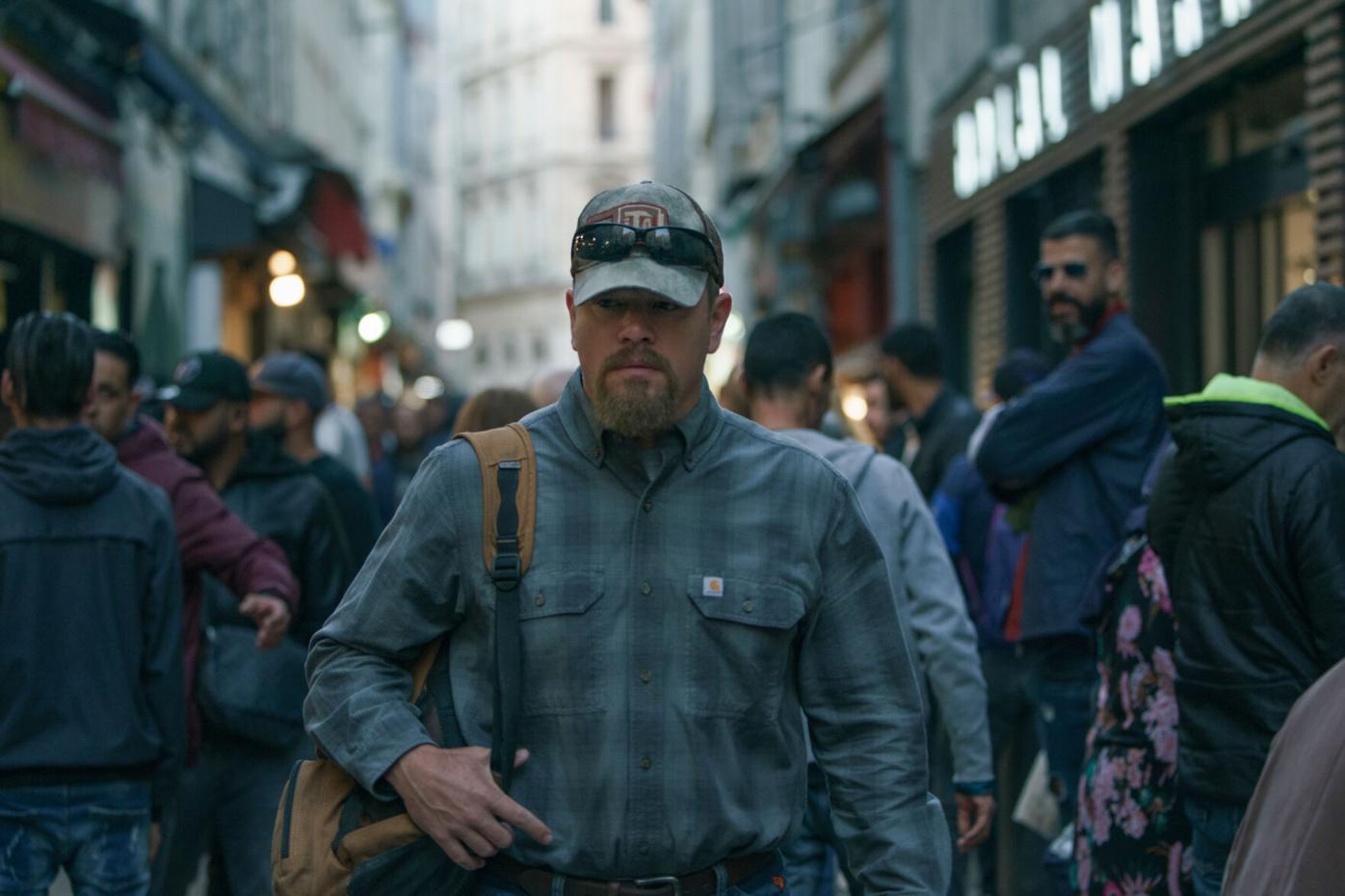 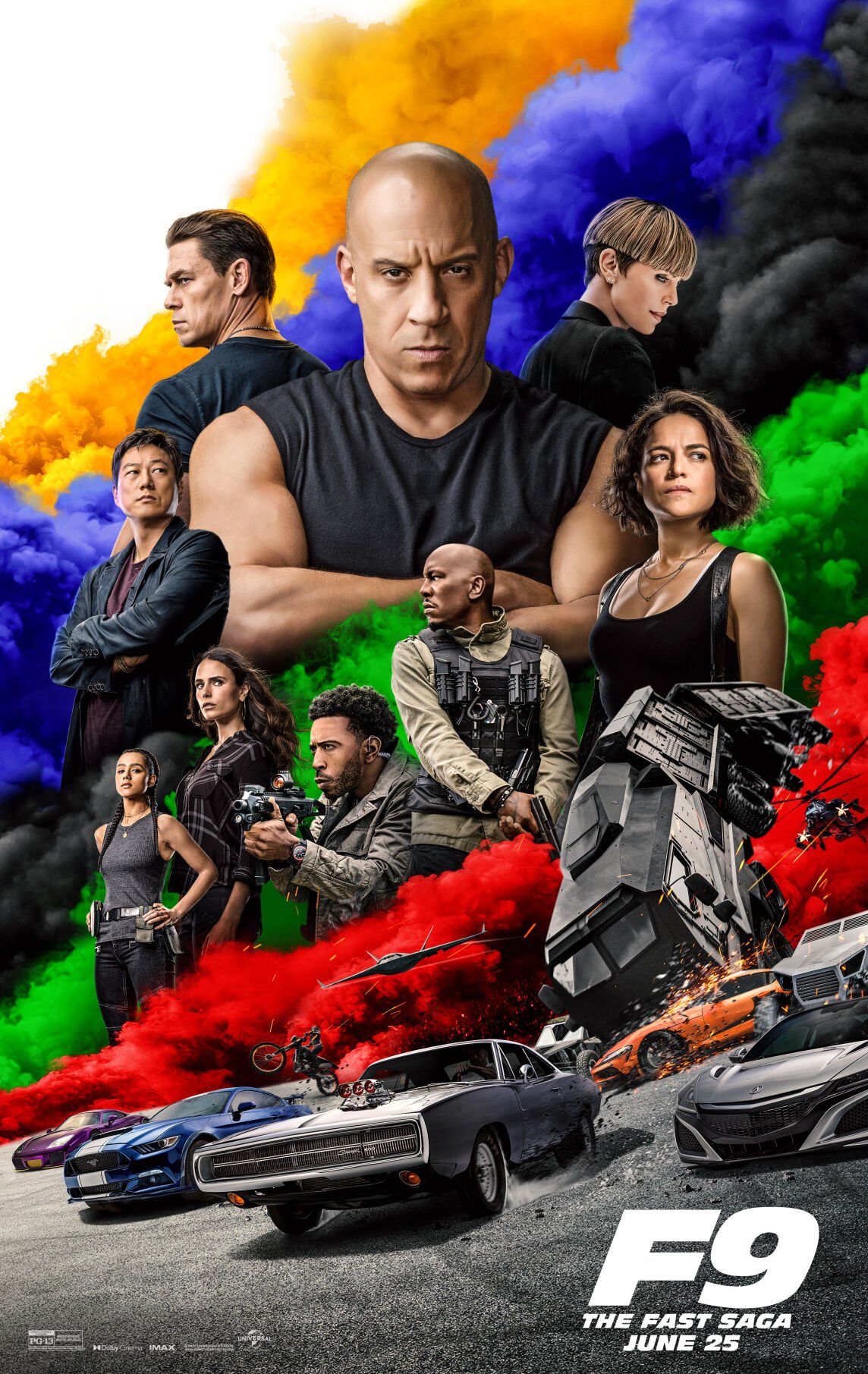 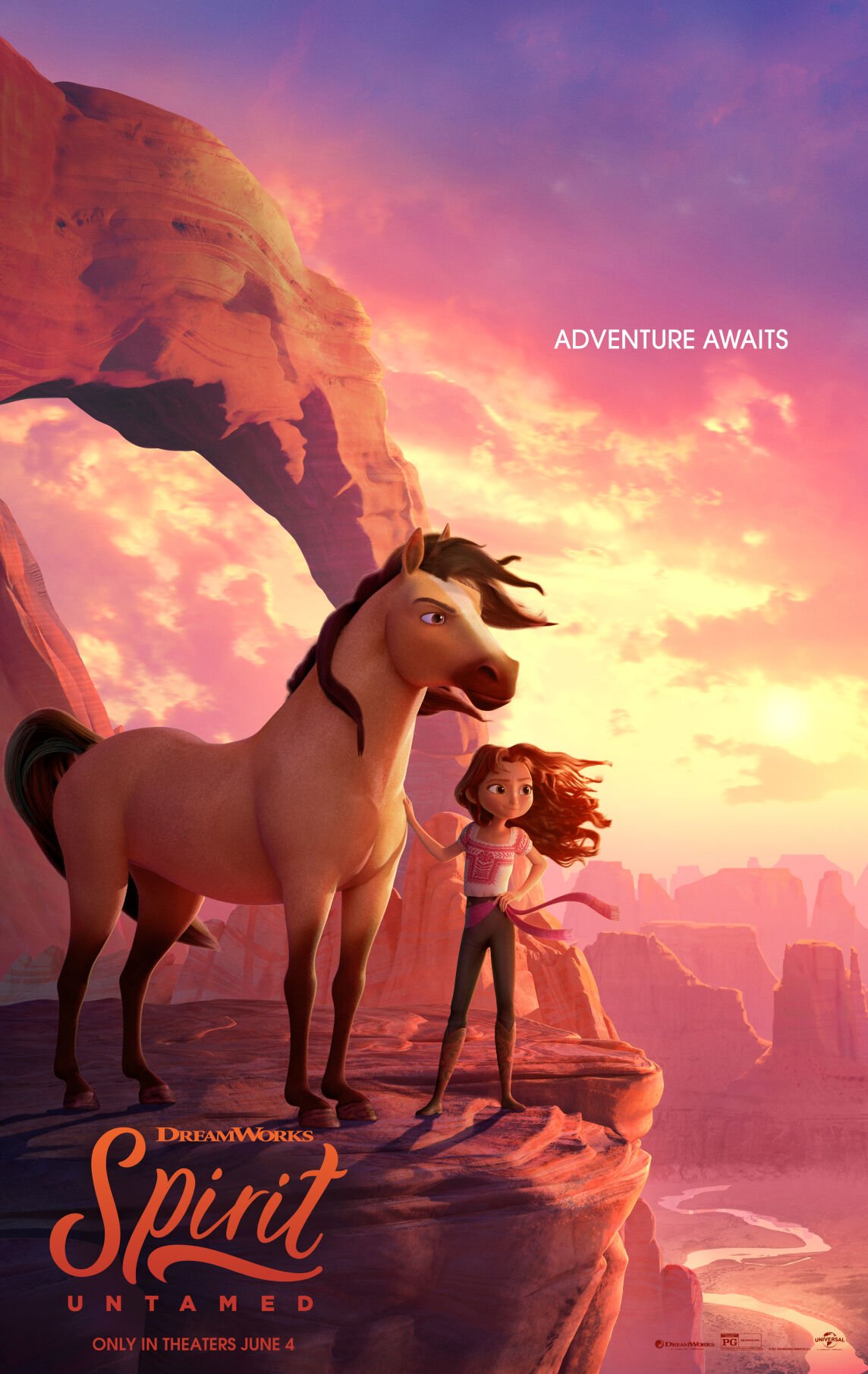 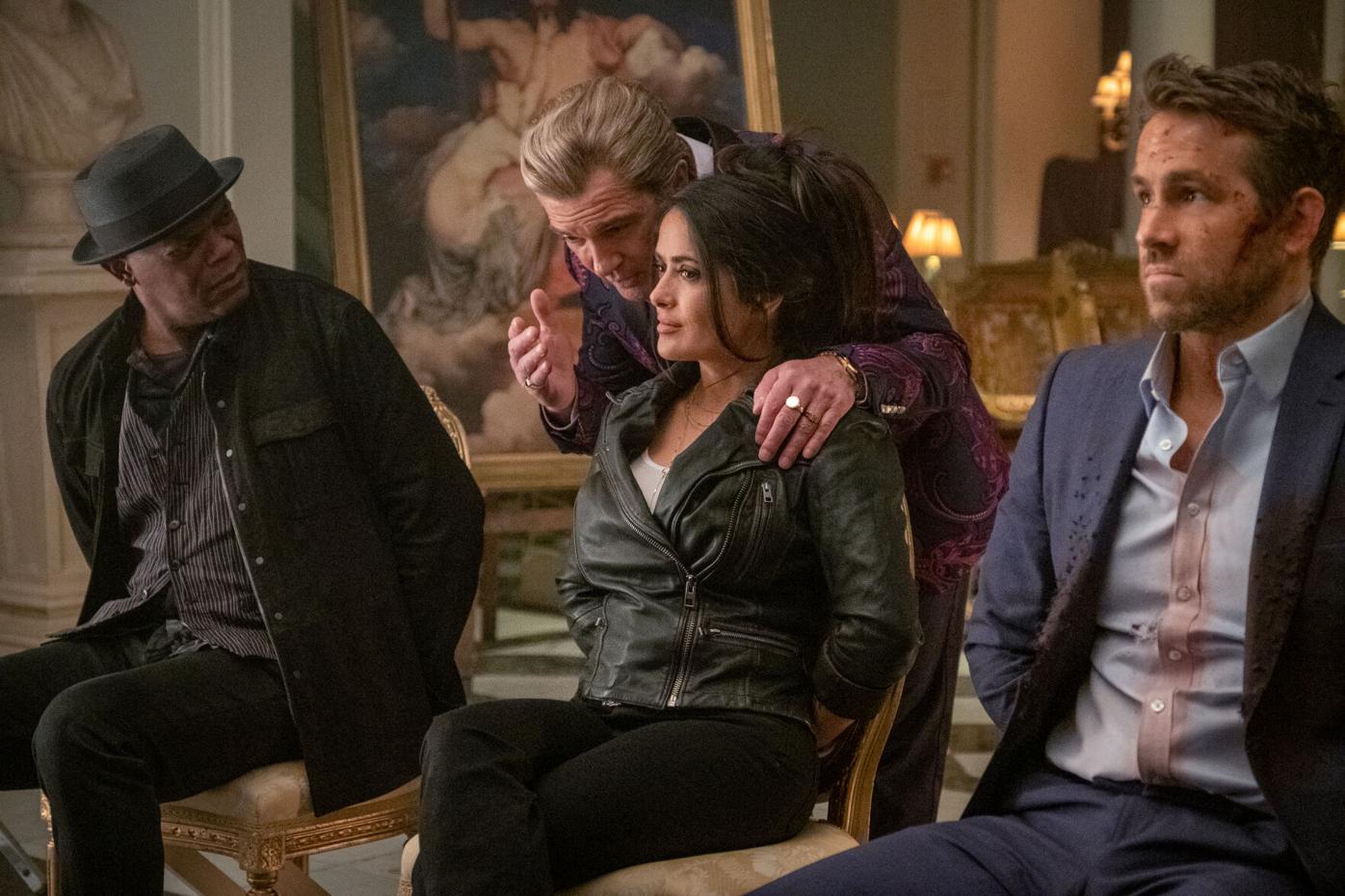 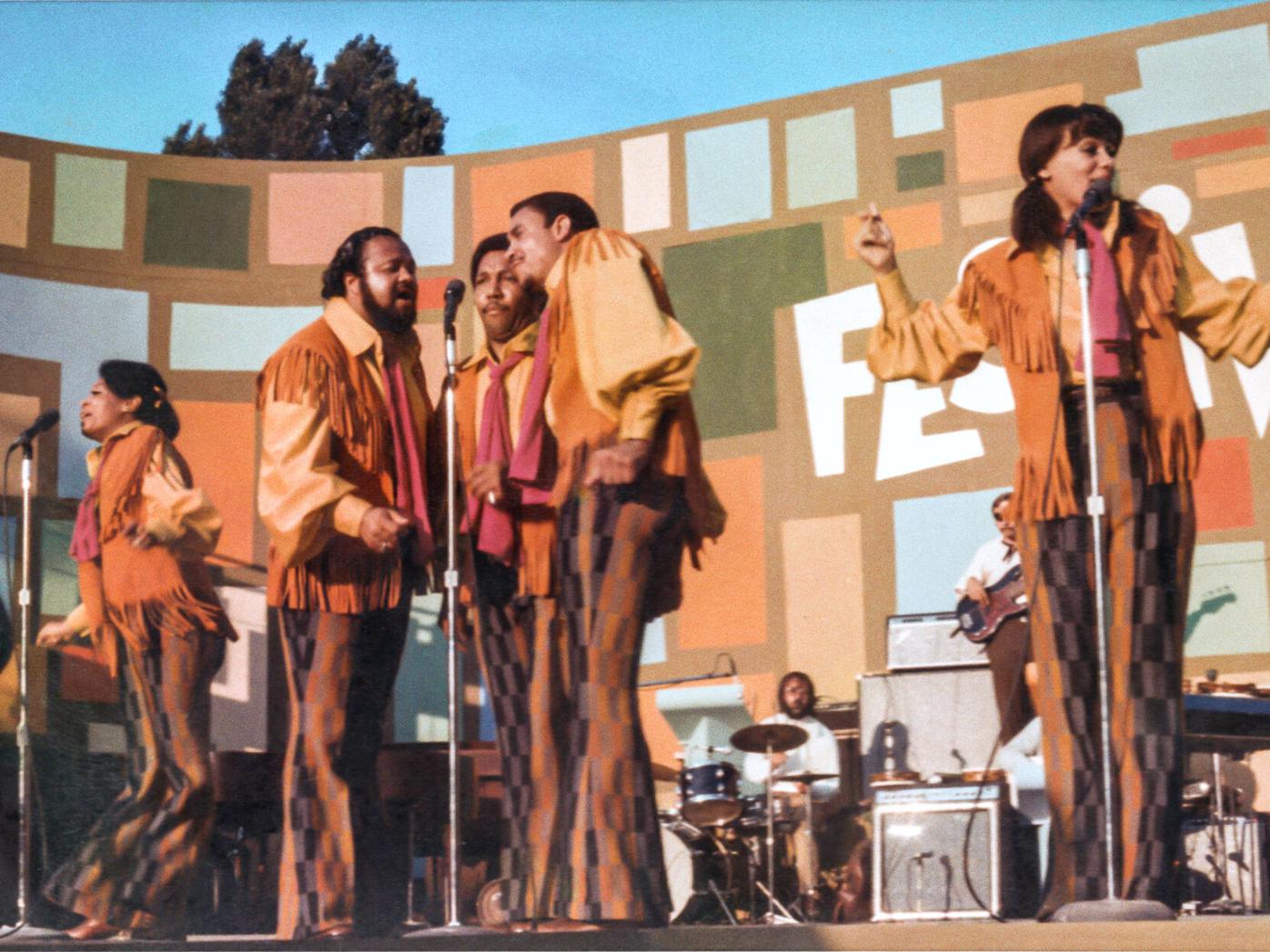 The 5th Dimension, seen performing at the Harlem Cultural Festival in 1969, are one of many acts featured in the documentary "Summer of Soul."

Vera Farmiga, left, and Patrick Wilson return as Ed and Lorraine Warren in "The Conjuring: The Devil Made Me Do It."

Chris Pratt is among a group of soldiers from the past drafted to fight to save the planet in the future in “The Tomorrow War," opening July 2.

This summer will determine if audiences are willing to come back to the theaters following a pandemic that closed them for roughly a year.

They will if writer-director-actor John Krasinski has anything to say about it — which, happily, he does. Krasinski’s “A Quiet Place Part II,” which was shelved 15 months ago as the COVID-19 pandemic erupted, opened Memorial Day weekend and is not only as heartfelt and heart-stopping as his 2018 original, it offers a sensory experience that is best enjoyed in a theater with a big screen and state-of-the-art sound. A strong advocate of the theatrical experience, Krasinski has been jetting around the country to drop in on screenings of his film and thank audiences for attending.

With “A Quiet Place Part II” having set the right tone, here’s a look at how the summer season will unfold. Only films that are opening in theaters are included.

“F9: The Fast Saga” (June 25) is the latest installment in the wildly popular Vin Diesel-driven series about high speed vehicle chases and stunts. Good-guy wrestler turned bad-guy actor John Cena plays Diesel’s jealous brother but the plot is not the thing in these movies.

Soldiers from the past, Chris Pratt (“Guardians of the Galaxy”) foremost among them, are drafted to fight to save the planet in the future in “The Tomorrow War” on July 2. Delayed a year by the pandemic, “Black Widow,” (July 9) stars Scarlett Johansson in the back story of the Marvel superhero.

In “Jungle Cruise” (July 30) good-guy wrestler turned good-guy actor Dwayne “The Rock” Johnson joins a scientist (Emily Blunt, escaped from the “A Quiet Place” films) in search of a rare tree with the potential to change medicine. Like the hit “Pirates of the Caribbean,” the movie is based on a Disneyland theme park ride. Also on July 30, “The Green Knight” stars Dev Patel as the nephew of King Arthur determined to follow in his uncle’s footsteps. Anyone who has seen “Monty Python and the Holy Grail” may have trouble taking this film seriously.

The original 2016 “Suicide Squad” was such a disappointment that the new version, released August 6, has the same title and premise, as if the first movie never happened. In this James Gunn reboot, Margot Robbie’s Harley Quinn, the best thing about the original, returns with a new group of supervillains tasked with a dangerous mission by a sinister government agency.

In “The Protege” (August 20) a contract killer (Maggie Q) seeks to avenge the murder of her mentor, played by Samuel L. Jackson.

Matt Damon’s Oklahoma oil-rig roughneck travels to France to help his daughter (Abigail Breslin) who is accused of murder in “Stillwater,” opening July 30. “Coda,” opening Aug. 13, stars Emilia Jones as a hearing teenager whose parents, played by Marlee Marlin and Troy Kotsur, are deaf. Set in Gloucester, the film was a Sundance Film Festival hit in 2019. Also on Aug. 13, Jennifer Hudson portrays the Queen of Soul Aretha Franklin in “Respect.”

A busy summer for animated films begins June 4 with “Spirit Untamed,” in which a young girl bonds with a wild mustang. Based on the Netflix streaming series of the same name, this pic has Julianne Moore and Jake Gyllenhaal among its voice actors. In the latest from Pixar, a young boy on the Riviera encounters a sea monster in “Luca” (June 18.) Also on June 18, James Corden voices the title character in “Peter Rabbit 2: The Runaway,” a sequel to the 2018 movie that introduced the rascally rabbit.

A chainsaw-wielding, bulked up George Washington (Channing Tatum) leads a group of superhero patriots in the cartoon comedy “America: The Motion Picture” (June 30.) Lakers star LeBron James takes over from former Bulls star Michael Jordan in teaming with a bunch of Looney Tunes stars on the basketball court in “Space Jam: A New Legacy” (July 16), a live action/animation sequel to the 1996 hit.

On July 23, “Hotel Transylvania, Transformia,” the fourth in the series, finds the monsters transformed into humans, much to their horror. Adam Sandler, Andy Samberg and Selena Gomez are among the cast.

“Conjuring: The Devil Made Me Do It” (June 4) is the eighth movie in the “Conjuring” series, the third to feature Ed and Lorraine Warren and the most amusingly titled. In this installment, a young man accused of murder claims Satan put him up to it.

A snowstorm traps residents of a small town in a local inn where they are terrorized by a werewolf in “The Werewolf Within” (June 25.) The latest from M. Night Shyamalan, “Old” (July 23) places a family on a secluded island for a vacation and watches them age dramatically.

There are just a couple of comedies this summer and both star the hilarious Ryan Reynolds of the “Deadpool” movies. On June 16, “The Hitman’s Wife’s Bodyguard,” the follow up to 2017’s “The Hitman’s Bodyguard,” finds Reynolds’ professional bodyguard protecting the wife (Salma Hayek) of frenemy Samuel L. Jackson. Where does the busy Jackson find time to film his commercials? (“What’s in your wallet?”)

In “The Free Guy” (Aug. 13), Reynolds’ mild-mannered bank teller finds that he is a minor character in an online video game that is about to be cancelled.

“Summer of Soul (...Or When The Revolution Could Not Be Televised)," revisits the renowned Harlem Cultural Festival of 1969 (July 2.) The festival from the same year as Woodstock featured Stevie Wonder, Sly and the Family Stone, Mahalia Jackson, Mavis Staples and many other prominent artists. Questlove put together the documentary.

The other eagerly awaited music documentary is “The Beatles: Get Back” (August 27), compiled by filmmaker Peter Jackson (“The Lord of The Rings” films.) Jackson somehow unearthed never before seen footage from the recording sessions for the band’s 1970 “Let It Be” album.

“In the Heights” (June 11) has this category all to itself. Based on the Broadway musical of the same name, it tells the story of a New York City bodega owner with dreams of a better life.

Stage musicals brought to the screen tend to be either hits (“Chicago”) or duds (“Cats”), but with with the Lin-Manuel Miranda brand name attached to it, “In The Heights” is likely to fall in the former category.

FILM CLIPS: 'In the Heights' musical arrives in theaters after kicking off Tribeca Festival

One of the most anticipated movies of the summer, “In the Heights” has arrived in theaters — almost every single one of them.

The film is an adaptation of the Tony-award winning musical by Lin-Manuel Miranda and Quiara Alegría Hudes about the hopes and struggles of residents of New York City’s Washington Heights. Also new to cinemas this week is "Peter Rabbit 2:The Runaway."