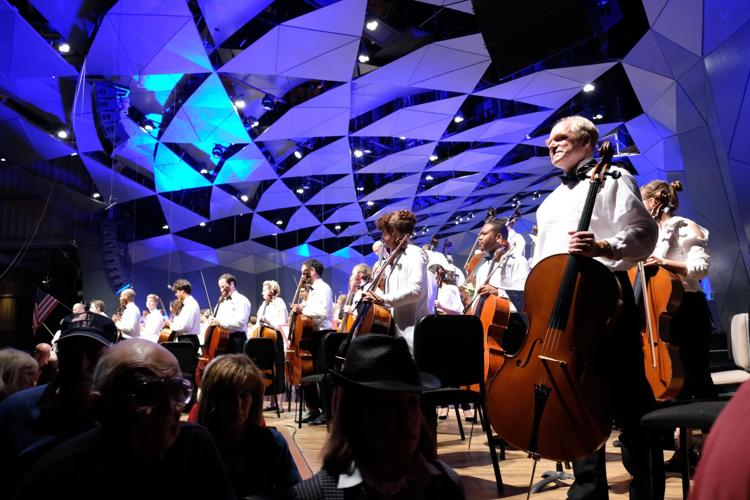 This summer, the Boston Symphony Orchestra will return to Tanglewood with a 10-week season of classical concerts and popular artist shows. 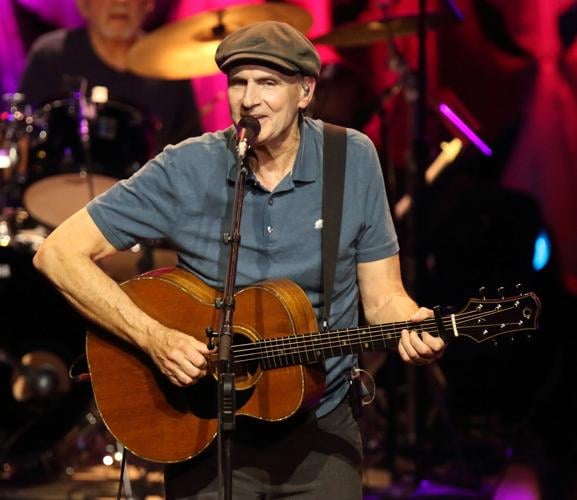 James Taylor will return to Tanglewood this summer, holding two concerts. His performance scheduled for July 4 is already sold out. 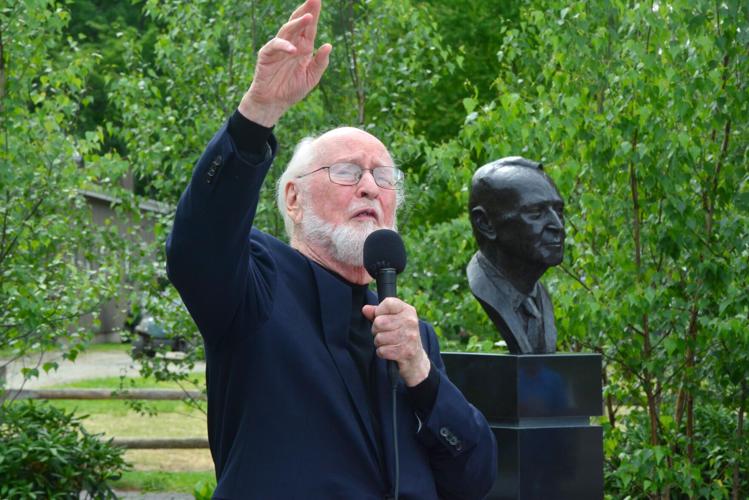 The BSO will host a John Williams 90th birthday celebration with special guests on Aug. 20. 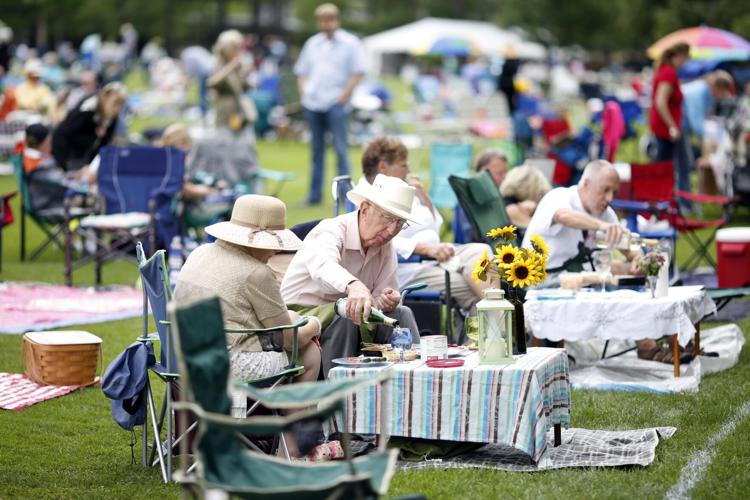 The popular Tanglewood on Parade will return this year on Aug. 2. 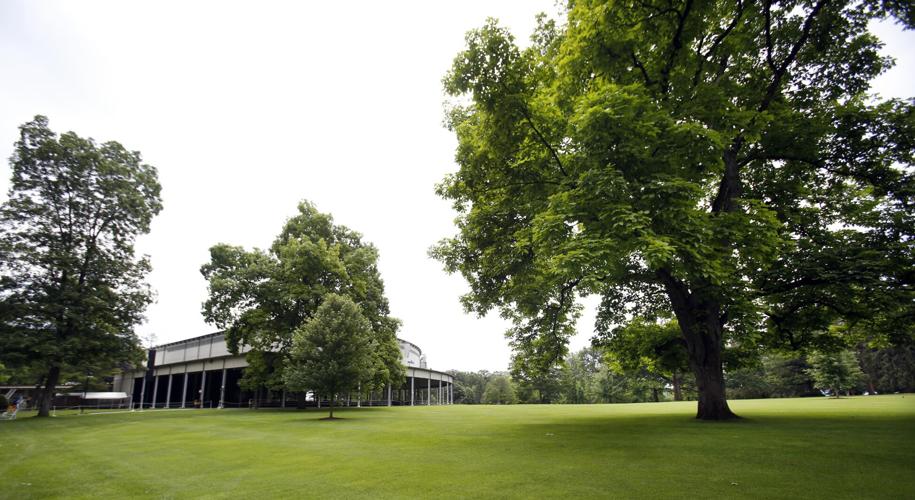 Tickets for Tanglewood's 2022 summer season will go on sale March 10.

It’s full tilt at Tanglewood this summer as the Boston Symphony unveils an all-hands-on-deck 10-week season of classical concerts, Popular Artists shows — including the return of James Taylor for two performances — a 90th birthday salute to John Williams, and a tribute to the late Broadway master Stephen Sondheim.

It’s the first complete slate of programming at the BSO’s summer home since 2019. The COVID-19 pandemic forced Tanglewood to shut down in 2020, and last year’s season, though robust, was compressed into six weeks — and devoid of Popular Artists shows.

This summer, Ozawa Hall will reopen for the first time since 2019 for solo and small-ensemble performances by visiting artists as well as concerts by advanced young performers attending the Tanglewood Music Center summer institute. The year-round, four-building Linde Center complex, inaugurated in June 2019, will also reopen for Tanglewood Learning Institute events.

How to get tickets

The Tanglewood box office opens June 5. The range of ticket prices has not been announced.

A $100 season lawn pass is available for year-round Berkshire County residents (not valid for Popular Artists). Also: Free lawn tickets for ages 17 and younger for BSO events, lawn discounts for ages 2-17 for most Popular Artists shows, half-price lawn tickets for students 18 or older for Friday night concerts and a $200 lawn pass book with 11 concert tickets valid for all BSO and Pops concerts in the Shed as well as Ozawa Hall performances.

Pandemic-related health and safety measures will be announced later, based on CDC, state and Tri-Town Health Department guidance as well as advice from the BSO’s advisory team of medical experts.

With one exception for Taylor, ticket sales for the general public begin March 10. The Tanglewood box office opens June 5. The range of ticket prices has not been announced.

Among the highlights announced on Thursday:

• The eight-week Boston Symphony season beginning July 8 includes nine concerts led by Music Director Andris Nelsons, including all three on opening weekend. “The 2022 Tanglewood season is filled with so many wonderful styles of composition, performed by the most extraordinary musicians working today, among them our very own Boston Symphony Orchestra,” Nelsons stated. “We hope today’s announcement will excite music fans everywhere.”

The diverse schedule includes eight world and American premieres, 28 works by living composers and 21 performers making their Tanglewood or BSO debuts. The Tanglewood Festival Chorus will return, as will Tanglewood on Parade. The classical season will close on Aug. 28 with the traditional Beethoven Ninth Symphony led by Michael Tilson Thomas, the leading American conductor and Leonard Bernstein protege who began his career as a Tanglewood Music Center student in 1968 and then worked with the BSO from 1969 to 1974, rising to principal guest conductor.

• Taylor, JT to his fans, returns with two shows, with full ticket availability for July 3. The July 4 performance is sold out because of carry-over sales by ticket-holders for his 2020 and 2021 dates that were postponed due to the pandemic. Tickets for July 3 go on sale at 10 a.m. Jan. 31. In 2021, Taylor toured the U.S. with Jackson Browne, performing in 48 venues from July 29 to Dec. 13. Tours in Canada, the U.S. and Europe are planned for later this year.

Why did Yo-Yo Ma perform at Pittsfield vaccine site? It turns out, he couldn't leave his cello in the car

• The return of “Tanglewood on Parade” featuring the BSO, Boston Pops and Tanglewood Music Center Orchestra, including the traditional Tchaikovsky “1812 Overture” (Aug. 2)

Some of the BSO season’s major attractions include a concert performance of Mozart’s “Don Giovanni” (July 16) and Brahms’s “A German Requiem” (July 17) both led by Nelsons and featuring the Tanglewood Festival Chorus, as well as all five Beethoven Piano Concertos over three programs, performed by Paul Lewis (July 29-31).

Famed violinist Itzhak Perlman, who made his Tanglewood debut in 1966, returns for the first time since 2011 (Aug. 21). Guests on the podium include BSO Assistant Conductor Anna Rakitina (Aug. 26) and guests Karina Canellakis (July 22) with pianist Emanuel Ax and JoAnn Faletta (Aug. 6) with violinist Joshua Bell.

Ax curates and performs in three programs of Czech music (two in Ozawa Hall, one in the Shed on Aug. 12), with guests including Yo-Yo Ma, violinists Pamela Frank and Leonidas Kavakos, the Dover Quartet and vocal groups Cantus and Lorelei Ensemble.

The Tanglewood Music Center Orchestra led by Nelsons performs Mahler’s Fifth Symphony and Berlioz’s The Death of Cleopatra (July 23) in the Koussevitzky Music Shed. Nelsons also conducts the TMCO in a program of Ravel, Strauss and Schubert (July 11). Three additional orchestra concerts are led by guest conductors, and TMC performers offer free recitals and chamber-music concerts throughout the season.

The annual Festival of Contemporary Music (Aug. 4-8) includes the U.S. premiere of George Benjamin’s “Lessons in Love and Violence.”

It's National Plan for Vacation Day. Where in the Berkshires should you visit this year?

We're all awaiting eagerly the announcement of Tanglewood's summer season — the first full season in two years, since the start of the pandemi…

Our Opinion: A full Tanglewood lineup sounds a hopeful note

If the last couple years has taught us anything, it’s that we must hold fast to hope when we can. With that in mind, we are heartened to hear …

Tripping down memory lane at Tanglewood with James Taylor and his All-Star Band is a balm to soothe shattered spirits.