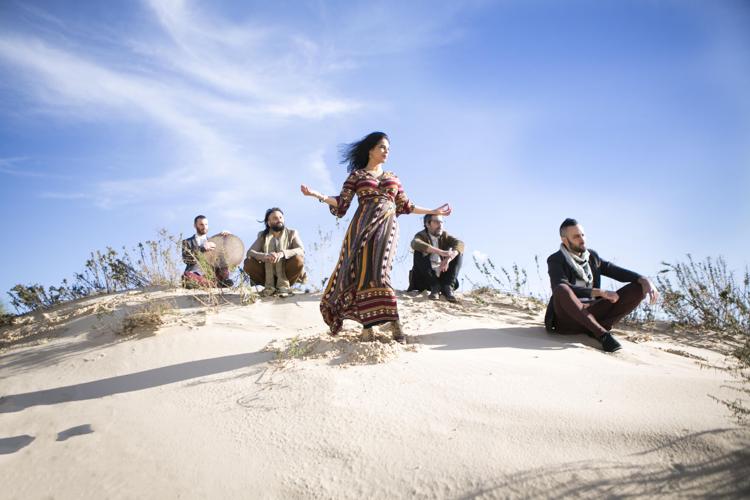 Vocalist and ensemble leader Talya Solan formed Yamma — which means “toward the sea” in Hebrew, and “mother” in Arabic — in 2010. 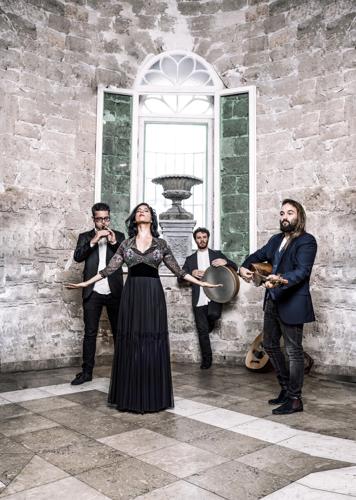 Israeli musical group Yamma Ensemble has taken YouTube by storm, racking up quite literally millions of views for their mesmerizing blend of Middle Eastern music sung in Hebrew, drawn from the vast diaspora of Jewish migration throughout that region and North Africa.

Who: Yamma Ensemble from Israel

Tickets: $20 to $30. Stagecoach Tavern open for dining before the event.

This fall, following European summer travels from Denmark to Croatia, they will embark on a cross-country tour of the United States, taking them from Massachusetts to California, before closing out the year in Morocco and Turkey.

“We are all excited about coming to the U.S.,” said vocalist and ensemble leader Talya Solan by phone from Tel Aviv in Israel.

“Our last U.S. tour was 10 years ago in 2012. Most of our YouTube audience is there. We are rehearsing and preparing ourselves, and hope everything will go smooth because we have a really tight schedule.”

Solan formed Yamma — which means “toward the sea” in Hebrew, and “mother” in Arabic — in 2010 in preparation for that original U.S. tour. With a few personnel adjustments after one year, “the second year we toured very successfully, and are now together 12 years,” she said.

Yamma, which is a five-member group, will perform as a quartet at Race Brook Lodge.

“I’ve been performing since 2005, doing my own music and music direction,” she said.

While she is also a guest singer on other projects, Yamma is Solan’s primary musical outlet. “I’m the one who leads it and chooses the material,” she said — in teamwork with her fellow musicians, she noted, all of whom are in high demand for other work.

Yonnie Dror is the wind instrument player. “He’s amazing, he plays Middle Eastern instruments and also Western saxophone,” Solan said. He is especially acclaimed for blowing the Shofar, a ram’s horn more typically heard at Jewish New Year religious services. “It’s not an instrument, but he knows how to bring out a very good sound from it,” she added.

Sahar David is stepping in for Yamma’s longtime percussionist, Nur Bar Goren, who stayed home with his new baby. Besides playing percussion, David also sings and plays the ney, a Middle Eastern flute.

Aviv Behar is making his U.S. debut, playing mostly traditional Middle Eastern stringed instruments like the oud and kopuz. He has a successful career performing Israeli pop music, Solan said, “but the Middle Eastern side he brings to Yamma is totally different. It’s really amazing that each one of this group has other colors, other faces to show in the music.”

Yamma mostly performs live outside of Israel. “I’m singing mainly in Hebrew, we are the only group from Israel that exports Hebrew lyrics,” Solan said. Outside the country, most Israeli groups sing languages of the Jewish diaspora like Yiddish, she explained.

“Hebrew is the most ancient language, it has been related to Judaism since biblical times. It’s the only dead language that was revived and is still spoken.”

Some of Yamma’s songs include Arabic lyrics, and concerts often begin with a song that transitions from Arabic to Hebrew.

“We’ve tried to collaborate with Arab groups,” Solan said, “but it’s very tough, because they have problems if they are seen with Israelis. We wanted to make a collaboration to launch a new album where I’m singing in Arabic, and found a group we liked very much, but they told us very gently they are not available.”

Unlike more familiar European Ashkenazi and Sephardic Judaism, Yamma plays music drawn from the rich Jewish cultures of the Mizrahi diaspora, that stretches from Morocco to former Soviet lands. Their music is both contemporary and traditional.

“We honor and respect our origins and our heritage,” Solan said — a heritage that includes mostly non-European countries, quite typical for Israelis their age. In such a relatively young country as Israel, she explained, people started to immigrate during the 1950s, '60s and '70s, from different corners of the world, and mixed with each other.

“My mother’s origins are from Bulgaria, my father’s are from Yemen. Yonni’s father is from Iraq, Aviv is a mixture of parents from Turkey and Bulgaria. Each one of us brings origins from both sides.”

They are all native Israelis, known as Sabras. “We were born here, but when you go to your grandmother’s and she speaks [another language] with your mother, you can’t miss it,” Salon said.

Migrant Jews brought the ancient Middle Eastern instruments from their native lands, which Yamma uses to perform their music, along with Hassidic tunes, in a heady mix of religious and secular songs.

Musically, Israel has been greatly influenced by neighboring Arab countries such as Syria, Lebanon and Egypt, Solan said. Some musical traditions are instantly recognizable — Arab music with its quarter tones, Bulgaria’s polyphonic harmonizing choirs. “But there is not something that you can say, this is Israeli, besides the mix of cultures,” she said.

For people accustomed to a piano’s half tone, the lute-like oud's quarter tone might sound out of tune, she cautioned.

“[Audiences] are going to hear the tapestry, the color, the richness of Israeli contemporary culture, the traditions but also our own creations, [that reflect] what’s happened in our lives. We hope they will enjoy it.”

Solan is looking forward to starting Yamma’s U.S. tour at Race Brook Lodge. “It’s not hectic or noisy, that’s why we chose it. After a very long flight, we’re landing in a place that is so calming.”

The venue's general manager, Casey Meade Rothstein-Fitzpatrick, is only too happy to host them. A decade ago, the widely-traveled documentary filmmaker took over the reins of the historic inn, restaurant and music venue his family has owned for more than 30 years. He brings eclectic musical interests to programming live performances in its 200-seat Barnspace concert venue and basement Down County Social Club speakeasy, the latter now returning to weekly events.

The Stagecoach Tavern restaurant, normally closed on Wednesdays, will be open for people coming to this concert, he said.

This is the first group from Israel he has presented. “It’s beautiful music, I don’t need any other reason,” he said. “They’re a fantastic ensemble, I listened to them online and was inspired by their musicianship and unique sound. We’re always interested in welcoming really gifted artists from different cultures, and exposing people to music they wouldn’t otherwise see live.”

“I have equal amounts of respect for people that want to preserve their tradition as I have for others who want to embellish and expand on it,” he added. “Music and the arts are often the best ways to have a window on to different cultures.”

Who: Yamma Ensemble from Israel

Tickets: $20 to $30. Stagecoach Tavern open for dining before the event.