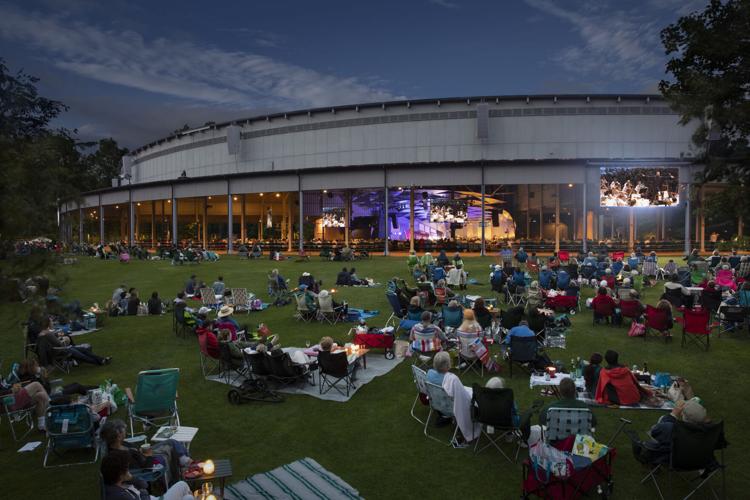 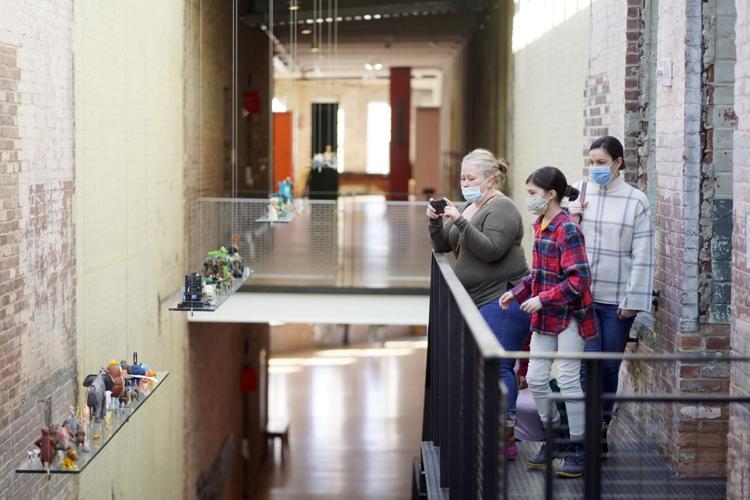 Left: The Boston Symphony Orchestra received $10 million from the Shuttered Venue Operators Grant program. Above: The Massachusetts Museum of Contemporary Art in North Adams was awarded just over $2.6 million.

And the winners are …

Twenty performing arts, museums and related organizations doing business or based in Berkshire County. The total haul from the U.S. Small Business Administration: $19.3 million out of the $194 million awarded statewide to about 250 recipients, and $6.8 billion across the U.S., through July 19.

The Shuttered Venue Operators Grant program is part of the federal government’s COVID-19 pandemic aid packages that also benefited restaurants and other businesses. According to the SBA, it awarded money to about 9,000 out of the 15,000-plus venue operators nationwide that filed applications. A few more grants might be announced in the coming weeks.

While the Boston Symphony Orchestra gained $10 million, the maximum award, to help resume its summer operations at Tanglewood in Lenox and Stockbridge and its upcoming season at Symphony Hall in Boston, the 19 winners based full time in the Berkshires took in a combined total of $9.3 million.

The largest awards in that group included:

• The Pittsfield-based Berkshire Theatre Group, which operates the Colonial Theatre, as well as two stages in Stockbridge ($923,000);

Several other Berkshire organizations also received money, ranging from just below $400,000 to $43,000, including The Mount (home of the Edith Wharton Restoration in Lenox), the Triplex Cinema and the Mahaiwe Performing Arts Center in Great Barrington, the Images Cinema in Williamstown and the Berkshire International Film Festival.

Venues offering live music gained support as well — recipients included the Egremont Village Inn, the Stationery Factory in Dalton and the HiLo North Adams on Union Street. Grants less than $100,000 went to a handful of talent representatives and theatrical producers.

Additional big winners in Western Massachusetts include the Basketball Hall of Fame in Springfield ($3.7 million) and Old Sturbridge Village ($2.9 million).

In a statement Monday, the BSO’s management expressed “deep gratitude to its federal elected officials for recognizing the extraordinary challenges the pandemic has wrought on the country’s arts and cultural organizations.”

The grant will help the BSO strengthen its operations as it has resumed performances with audiences at Tanglewood this summer and plans to begin its fall season at Symphony Hall in Boston.

“It will play a critical role in the orchestra’s efforts to rebuild post-pandemic,” the statement pointed out, specifically “a significant role in funding performance, learning, and community programs. It also will help the orchestra bridge shortfalls in revenue as its audiences gradually return to attending concerts again.”

The award is the first major federal funding received by the orchestra since it canceled all events and entered a 16-month performance hiatus, resulting in more than $50 million in lost box office and other earned revenue since March 2020.

“The BSO would like to express heartfelt gratitude to its donors, sponsors, and fans near and far for their support of the orchestra and its many activities, including the introduction of its new digital platform BSO NOW that has kept Boston Symphony musicians and audiences engaged with music-making throughout the pandemic,” the statement continued.

The amounts of the Shuttered Venue Operators Grants were based on 45 percent of an applicant’s gross earned revenue in 2019, capped at the $10 million maximum award. When online applications were opened in April, there were widespread reports of system crashes and complexities involving the necessary documentation.

“Any kind of relief is necessary."

Officials at the SBA’s Boston office have stated that there is enough money available in the program to award grants to all qualified applicants.

In a separate program, the SBA shelled out just short of $1 billion to help Massachusetts restaurant owners, caterers and related businesses.

The lion’s share of grants went to operators of live performance destinations, but movie theaters and film festivals, theatrical stages and museums also benefited from the statewide funding. Even talent reps and promoters and individual theater producers gained smaller awards.

“Any kind of relief is necessary,” said Michael Bobbitt, executive director of the Massachusetts Cultural Council. In March, the council had estimated that the state’s cultural facilities had lost nearly $600 million in revenue during the pandemic, and the total has grown since that study was released.

“We were the first to close and the last to reopen,” Bobbitt stated, referring to the arts and entertainment field. “It’s going to be a multiyear program.”

The program was funded through the $900 billion coronavirus relief bill approved by Congress in December, known as the Economic Aid Act. Eligibility was broadened in March, when the $1.9 trillion American Rescue Plan Act was passed by Congress. Online applications were accepted beginning in late April.

Information from the Boston Business Journal, The Boston Globe and CommonWealth Magazine was included in this report.

Awards at a glance