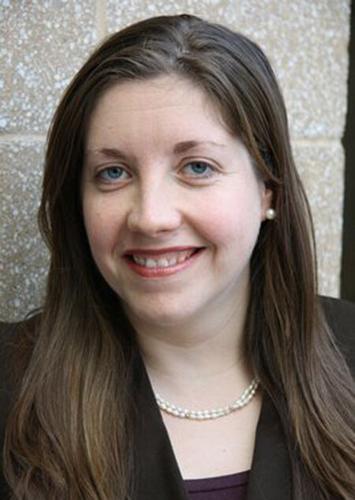 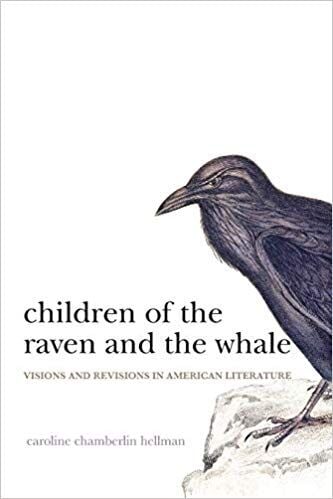 Hellman's new book "Children of the Raven and the Whale" explores how contemporary writers have responded to texts that are historically central to the American literary canon, such as Moby-Dick.

Hellman's new book "Children of the Raven and the Whale" explores how contemporary writers have responded to texts that are historically central to the American literary canon, such as Moby-Dick.

Typically, college literature courses focus on works that were written during a specific time period or by authors of the same background. But Caroline Chamberlin Hellman’s new book, “Children of the Raven and the Whale: Visions and Revisions in American Literature,” aims to bridge the gap between literature from the 19th, 20th and 21st centuries and authors from many different backgrounds.

Hellman, who has a doctorate in English, teaches literature and composition at New York City College of Technology (City Tech-CUNY). While teaching classic American literature, such as Herman Melville’s “Moby-Dick,” she noticed her students were making connections to contemporary literature and U.S. politics, which inspired her to look deeper into these connections between literary works across centuries.

Hellman will discuss Melville's influence on Ta-Nehisi Coates and read from her book, "Children of the Raven and the Whale," 3 p.m., Sunday, July 11, in the historic barn at Herman Melville's Arrowhead, home of The Berkshire County Historical Society, 780 Holmes Road, Pittsfield. Tickets are $10 for BCHS members; $15 for non-members and can be purchased online at berkshire-county-historical-society.square.site/

Hellman recently took the time to answer a few of our questions. Her answers have been lightly edited for space.

Within a single CUNY classroom, one can have 20 plus nationalities; working with a transnational student population deeply influenced my teaching and my choice of texts. I started folding in contemporary, multi-ethnic U.S. literatures into my teaching. Students found really interesting connections not just between the texts themselves, but with their own legacies of immigration and the contemporary United States.

And, I began to notice ghostly echoes of works from the 19th and 20th centuries, with authors sometimes very consciously invoking and responding to earlier texts. Sometimes it was very overt, in epigraph form or the names of characters or even plots. And sometimes, these references were a little more covert, but regardless of the kind of nature of literary influence, I was really interested in how these contemporary writers were using themes, messages and language from the past to devote attention to the state of the American self today.

Sometimes it was very overt, in epigraph form or the names of characters or even plots. And sometimes these references were a little more covert, but regardless of the kind of nature of literary influence, I was really interested in how these contemporary writers were using themes, messages and language from the past to devote attention to the state of the American self today.

2 You’ve written two books that each compare multiple authors. What do you find challenging about studying so many different writers?

My second book was more challenging, because typically, within academia, fields are really segregated by time period and even by ethnicity. So, one of the aims of this book is to bring authors from different time periods, ethnicities, backgrounds, etc., into conversation. There isn’t a lot of work that bridges those gaps.

I think that what has happened in 2020 is certainly related to one of the premises of the book, which is about the expansion of the canon and not just making sure that we prioritize writers of color, women writers, transgender and queer writers, but also reckoning with voices of the past and some of the treatments of race.

I think it will be wonderful to be at Arrowhead; the physical space provides a curious juxtaposition with some of the content of my talk, which discusses Ta-Nehisi Coates’ tweets on “Moby-Dick” and the influence of Melville. It’s kind of interesting to juxtapose being immersed in a place that Melville found so influential and then thinking about the digital space and contemporary technologies engaging Melville's voice.

4 You studied art history, in addition to English, at Wellesley College. Does your art history background influence your work in literature and your teaching?

Art history is not really present in this book, but it plays a significant role in my classroom. Just like the study of American literature can’t really be relegated by time period or ethnicity or geography, I think it's important that the study of any humanities subject reads across disciplines. In studying [Martin Luther King Jr.'s] “Letter from Birmingham Jail,” one might also study a sculpture by Kehinde Wiley, with an awareness of how much artists and writers, too, are in conversation with one another across eras.

5 What other literary works are you passionate about, and what might you study for your next big project?

My career at City Tech has been incredibly important to my trajectory, and I believe my next project is going to focus on public education in the United States and issues of access and equity.

Take 5: Singer-songwriter Ciarra Fragale's third LP is one of self-exploration

Indie pop artist Ciarra Fragale is no stranger to The Berkshires. The singer-songwriter’s music most recently was part of the June edition of …