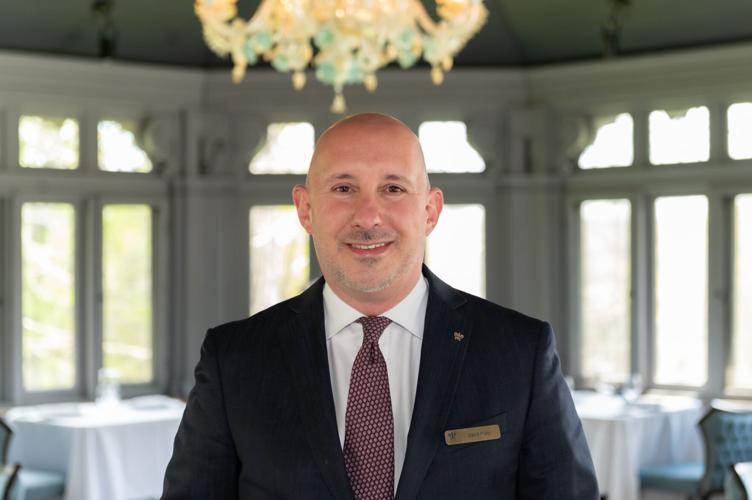 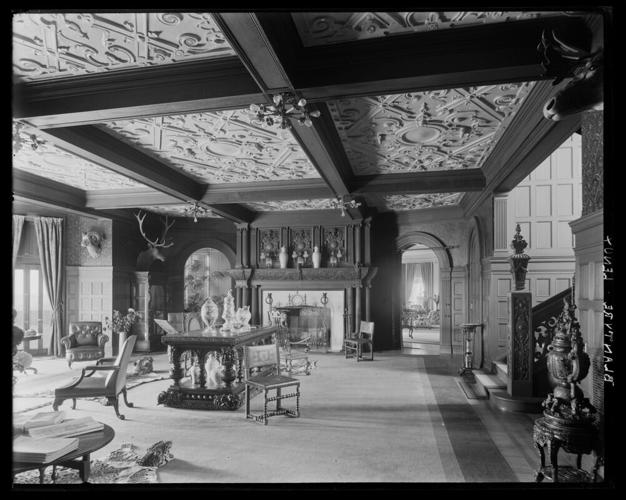 The Great Hall of Blantyre as it looked in 1902. 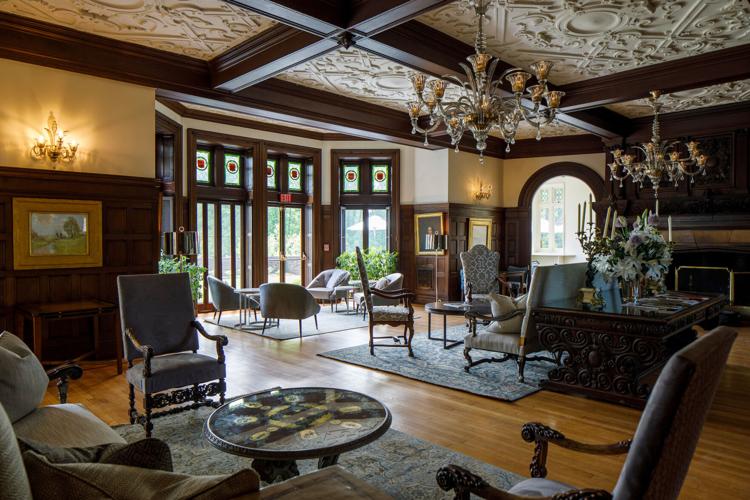 LENOX — “The place kind of grabs hold of you,” said David Pupo, director of operations at Blantyre Country Manor, a Relais & Châteaux luxury resort and estate.

The Gilded Age manor-turned-hotel has been in Pupo’s life since he swam in its pool as a teenager. He also worked as a dishwasher, head waiter, maitre d' and events manager. Then, after a decade working in New York City as an interior designer, Pupo returned to Blantyre following the 2008 recession.

“I initially was just going to visit my parents for the summer, and that ended up being almost 12 years ago,” he said.

Over the years, Pupo has become the informal historian of Blantyre, which has a story that spans the entire 20th century. Robert Paterson, who made his fortune in the turpentine trade, built the manor. After changing hands perhaps a dozen times, today’s Blantyre calls back to its gilded past.

Pupo recently took the time to answer a few questions.

Well, it's a little bit inherent. When you work here, curiosity takes hold of you. And, little by little, being the employee who has been here the longest, it was by default that I was asked to share my experiences. And in doing so, I delve a little bit deeper into the history of the property. And it was always a fascinating story to me as it fit into the whole Berkshire Gilded Age set.

2 What did Robert Paterson and his family use the house for?

The Patersons were very similar to many other people in this age, who built these great houses, both here and in Newport, [Rhode Island]. They primarily used the houses for summer and, while the Berkshires was not as gilded or grand or showy as Newport, the houses were still significant in scale and in design. As a summer residence for the Patersons they really enjoyed entertaining here. Andrew Carnegie was a frequent guest … Also part of that social scene was, of course, Ms. [Edith] Wharton down the street, the Sloanes [John and Adela] next door, Sarah Morgan, who owned Ventfort Hall, and, of course, Emily Vanderbilt [Sloane White], who owned Elm Court, who was a relation of the Sloanes [of Wyndhurst Manor].

Wonderful garden parties were held here. There was a magnificent gallery space that the Patersons would fill with all of their museum-worthy collection of antique porcelain, European oil paintings. Mr. Paterson, in particular, traveled to Europe and Asia quite often, and amassed a huge collection that they displayed in this gallery ... But after Mr. Paterson passed and Mrs. [Marie] Paterson sold the property, the gallery was demolished at some point in the 1930s.

3 What are some interesting historical moments during the period between the Patersons owning the property and the present?

In 1969 … a discotheque was opened in the basement of the main house. So you can see the bad direction that this is going by the 1970s. Lenox Savings Bank foreclosed the property and became owner as the sole bidder in a public auction. Then the bank sold it to John Donoghue for $332,000 in 1977. He was president of Mark Hopkins College. He wanted to make Blantyre a swim club. Unfortunately, in 1979, the bank foreclosed due to a scandal that he was involved in. He had created a bit of a Ponzi scheme with Blantyre at the center.

4 The way the Blantyre presents itself now seems to parallel what it was like during the Gilded Age. Why is that?

We do try to infuse our history and the original purpose of these rooms into how they're being used now. The legacy of hospitality continues in the spirit of the Patersons. And so these rooms are being used essentially as they were originally.

5 The history of Blantyre is quite long. Why does the hotel today call back specifically to the period when the Paterson family owned the property?

I think there's a bit of mystique associated with the Gilded Age. I think people are familiar to some extent of what the period was all about. They're certainly familiar with the grand houses of Newport and some of the very notable families that resided there in the summer. I think, at the same time as some of those same families were here in the Berkshires, it all relates to this period of grand entertaining, of grand living. And that's a little bit of what we try to conjure as a five-star Relais Chateaux property. So I think that's what people are drawn to, and I think that's what has resonated with a lot of our guests who come to us not only from New York and Boston, but from around the world.

Jacob Posner was a summer intern with The Berkshire Eagle features department.

Take 5: Cecily Strong pens memoir during coronavirus pandemic about the loss of her cousin

In March 2020, "Saturday Night Live" cast member Cecily Strong left her apartment and New York City for what was supposed to be five weeks and…

Hideyo Okamura, an abstract artist living and working in North Adams, aims for his pieces to remain open to interpretation.

Blantyre, the historic Gilded Age cottage, has been sold to new owners

Blantyre, a 120-year-old Gilded Age cottage, has been sold for $15 million to Clark Lyda, an investor and real estate developer specializing in historical preservation of Gilded Age estates, and Ken Fulk, an interior designer.