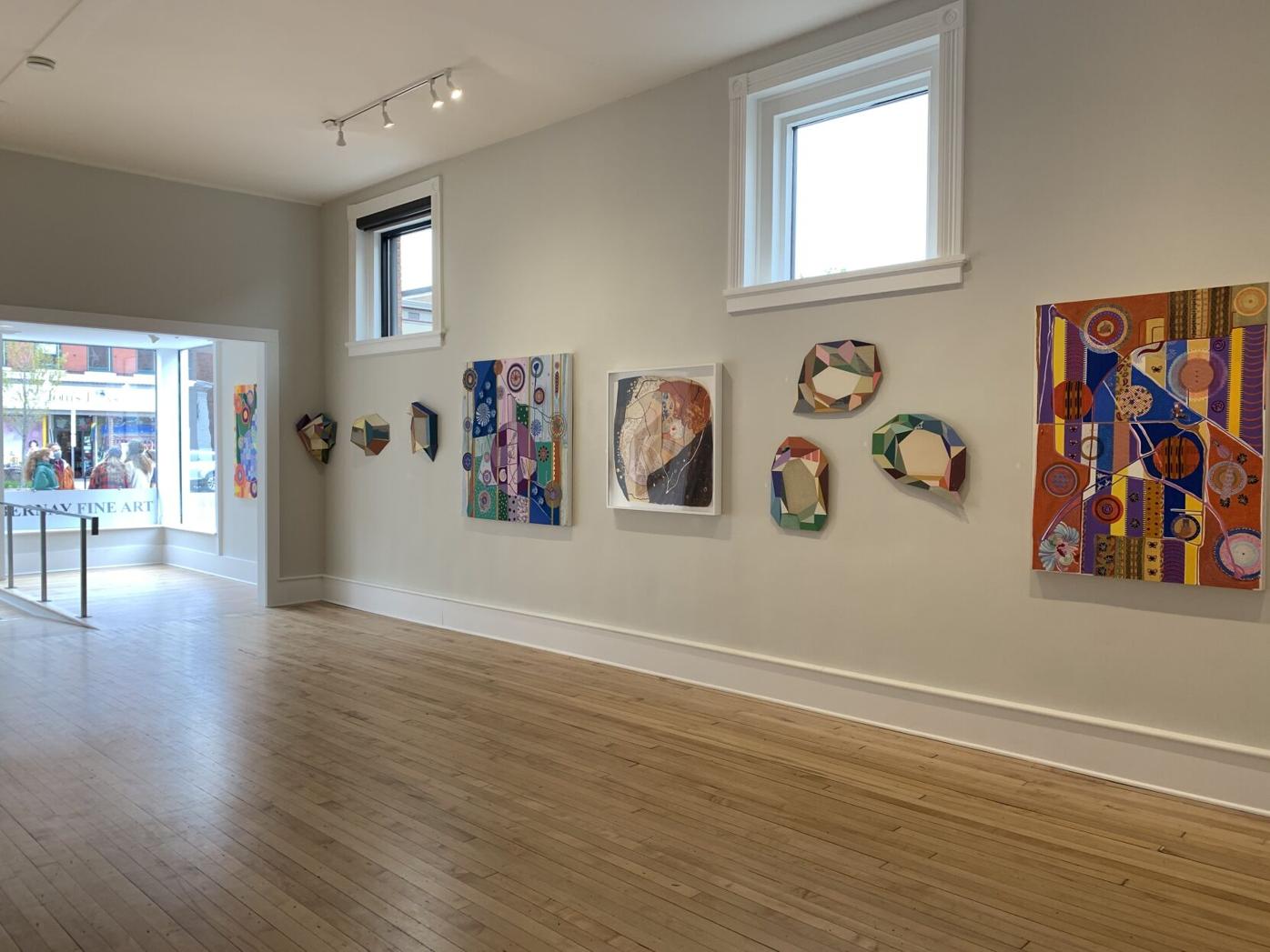 The exhibit "Mixing It Up," is on view now through June 6. 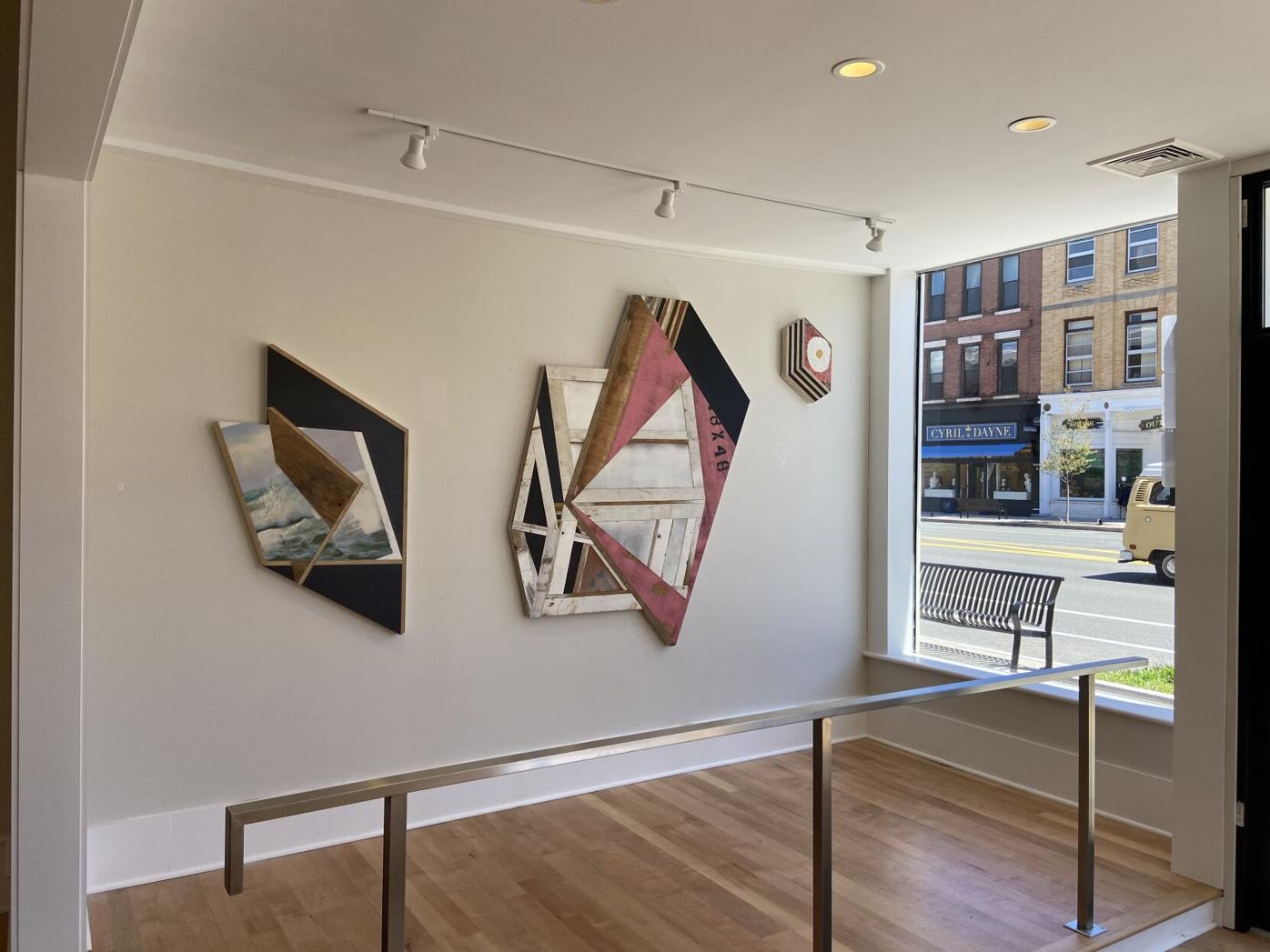 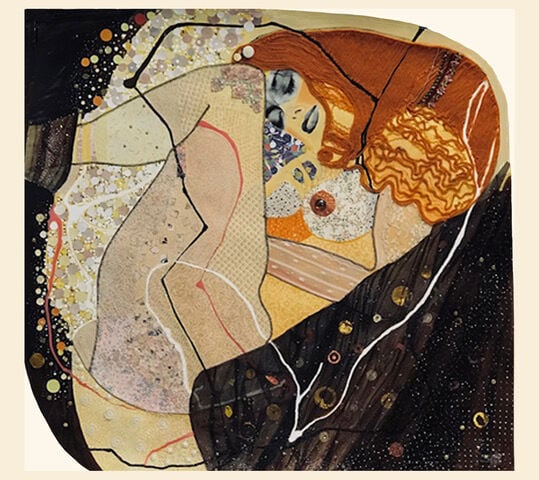 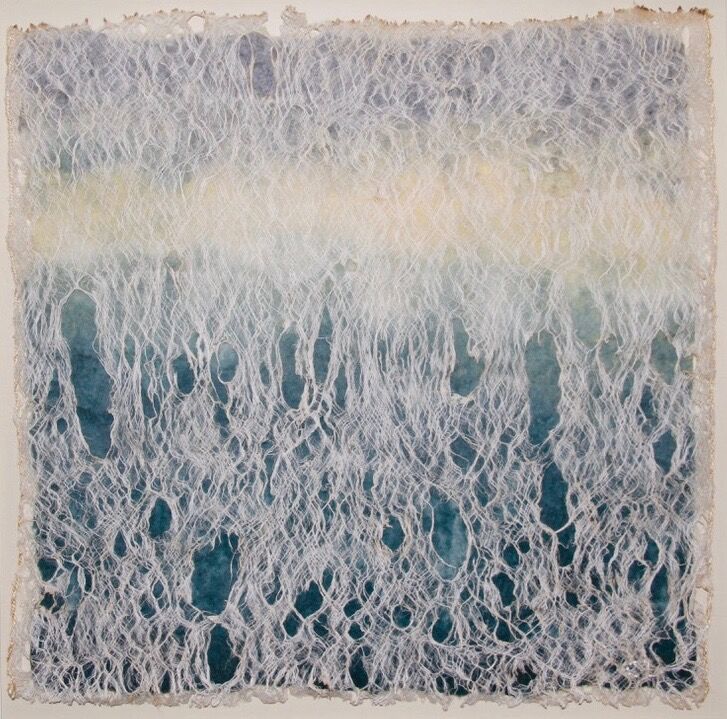 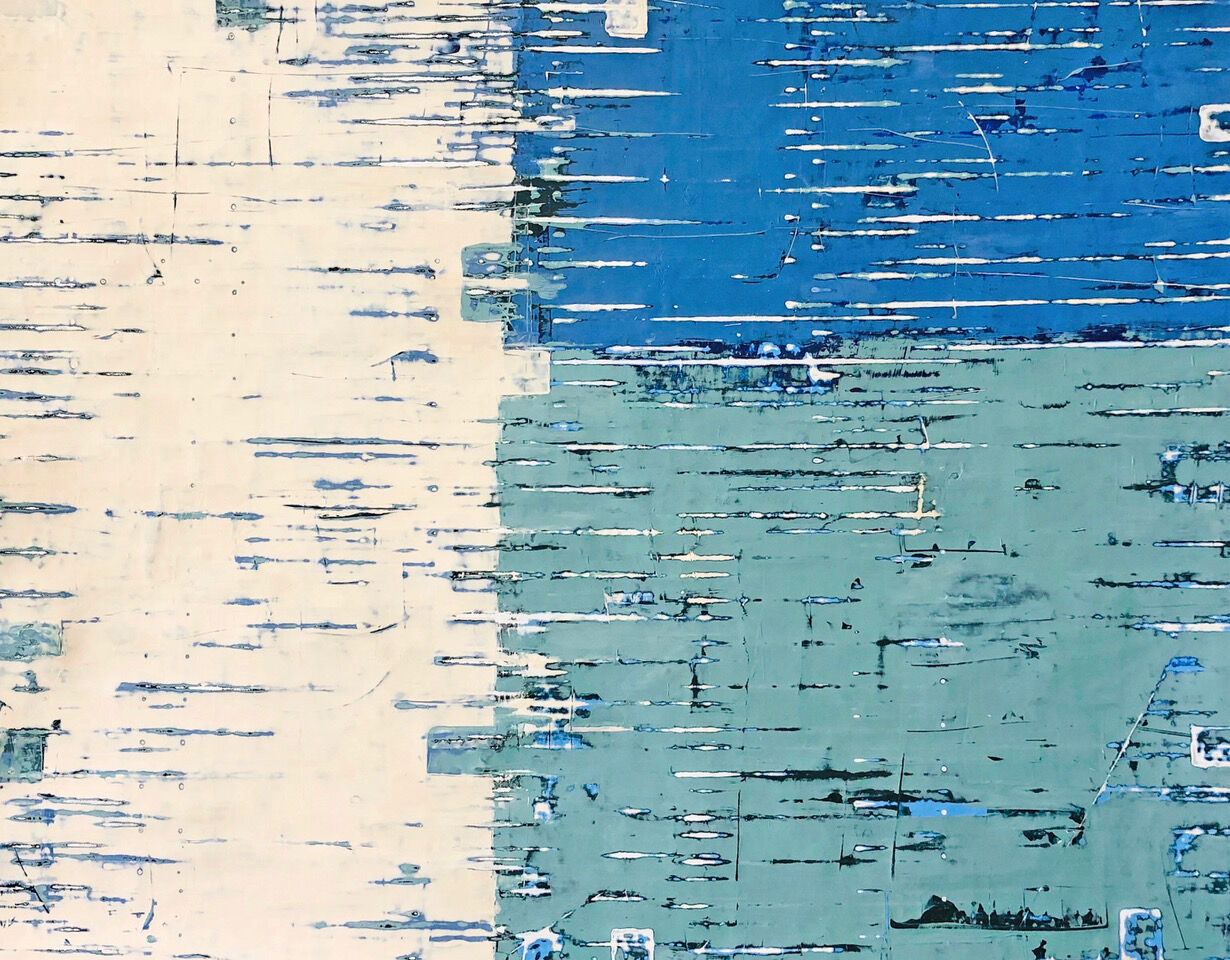 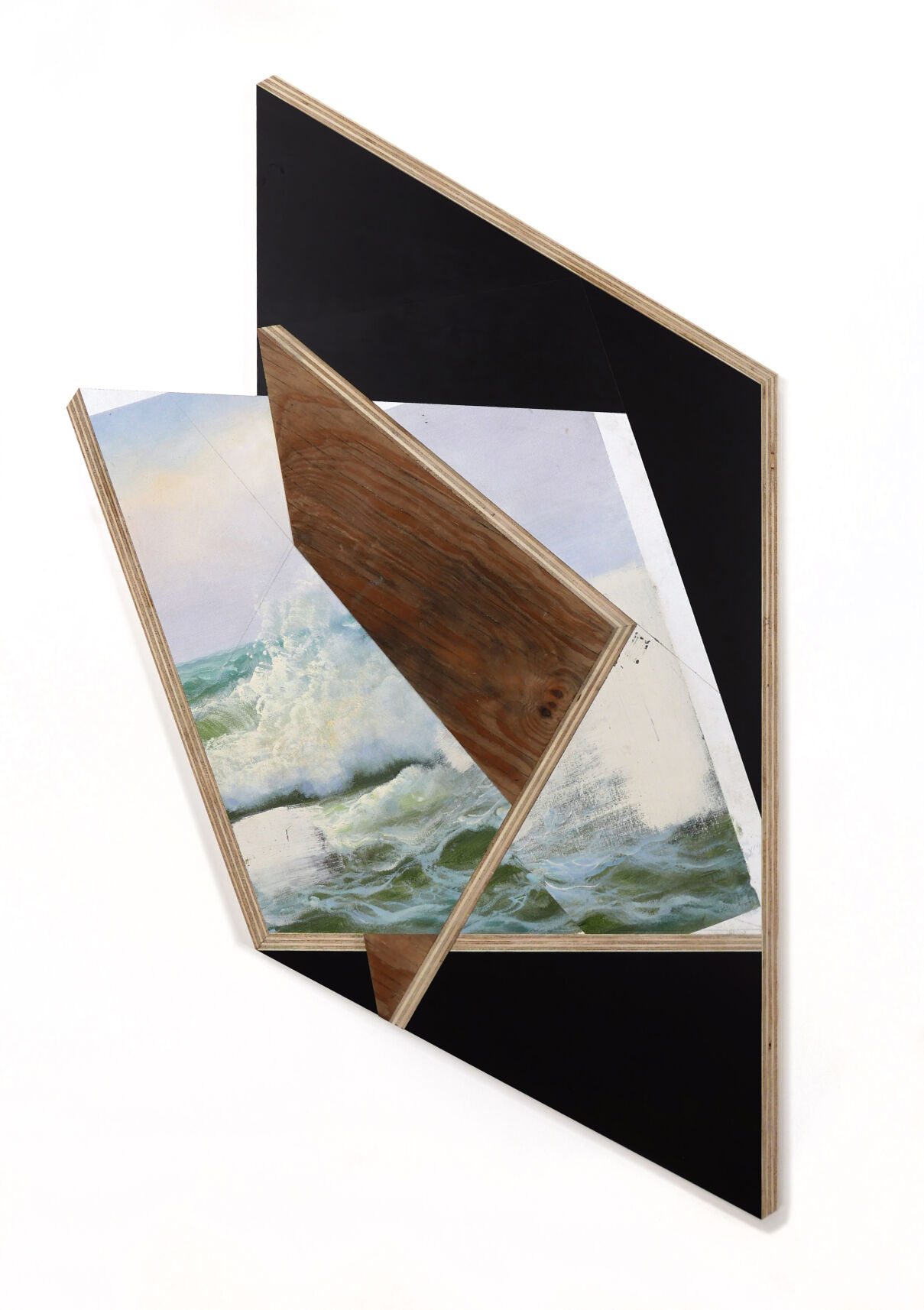 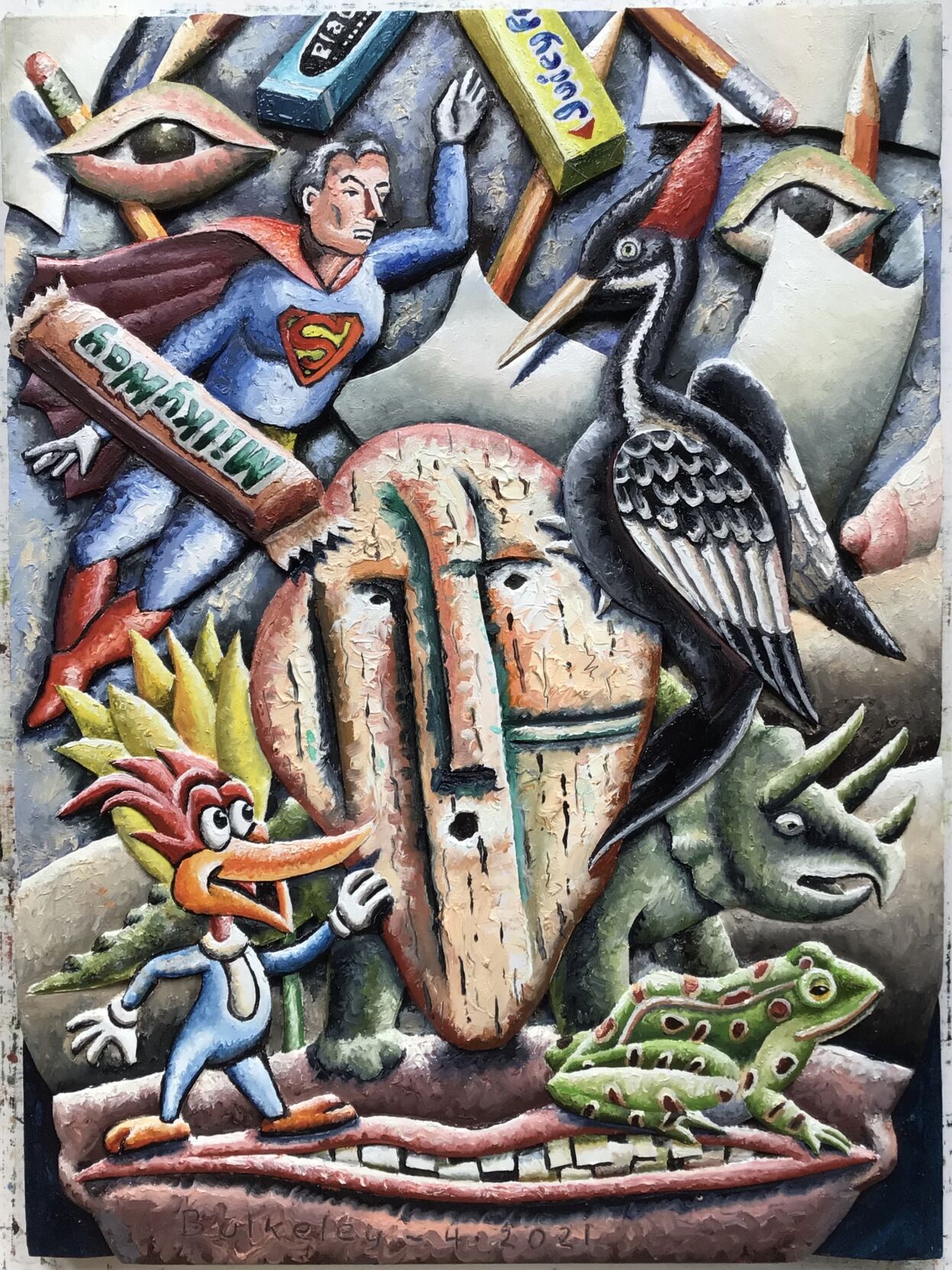 Berkshire artist Morgan Bulkeley's work creates images that are "beautiful, frightening and funny all at once." 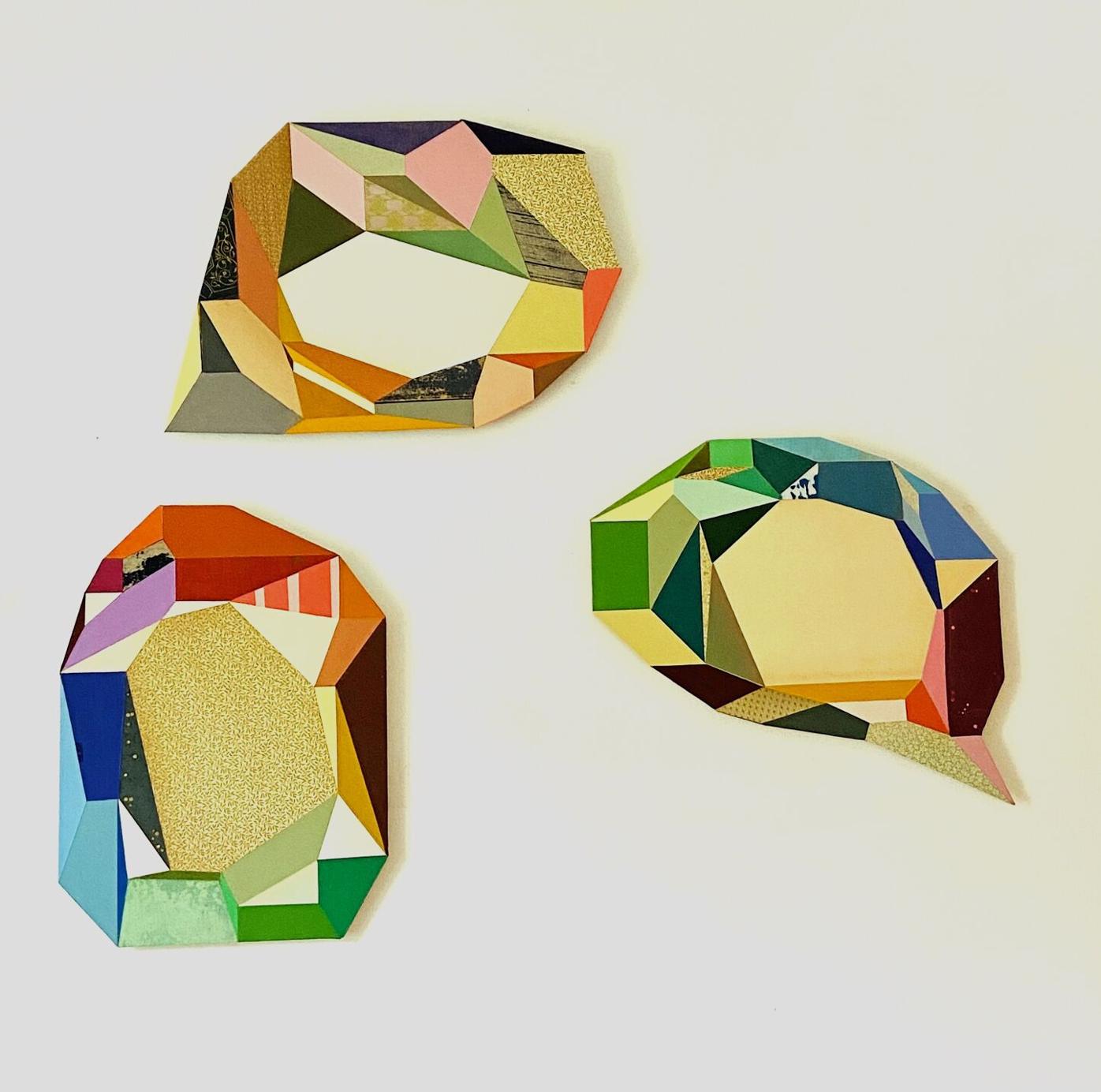 Conny Goelz Schmitt's "Conversation with Bystander," is made with vintage book parts. 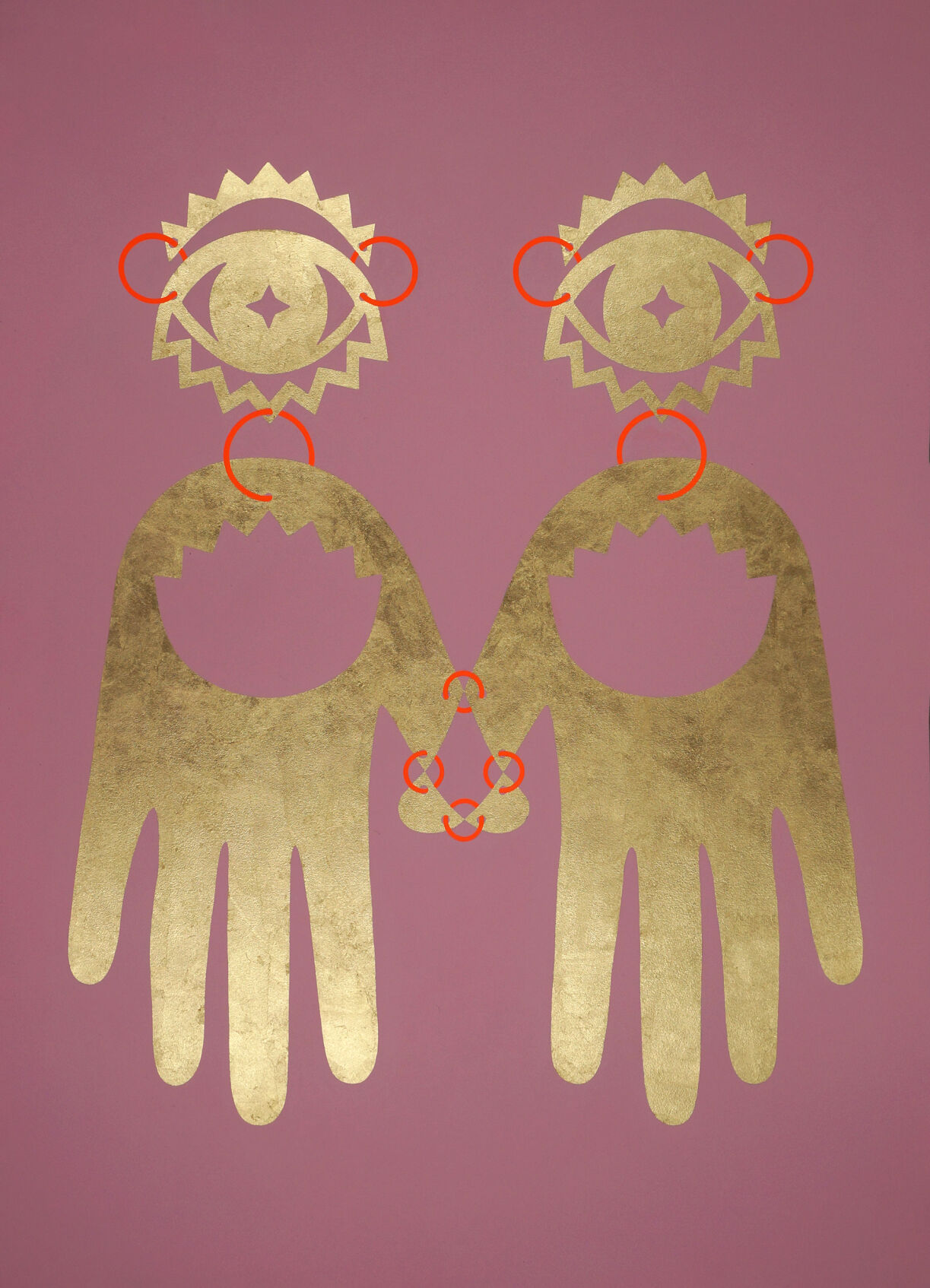 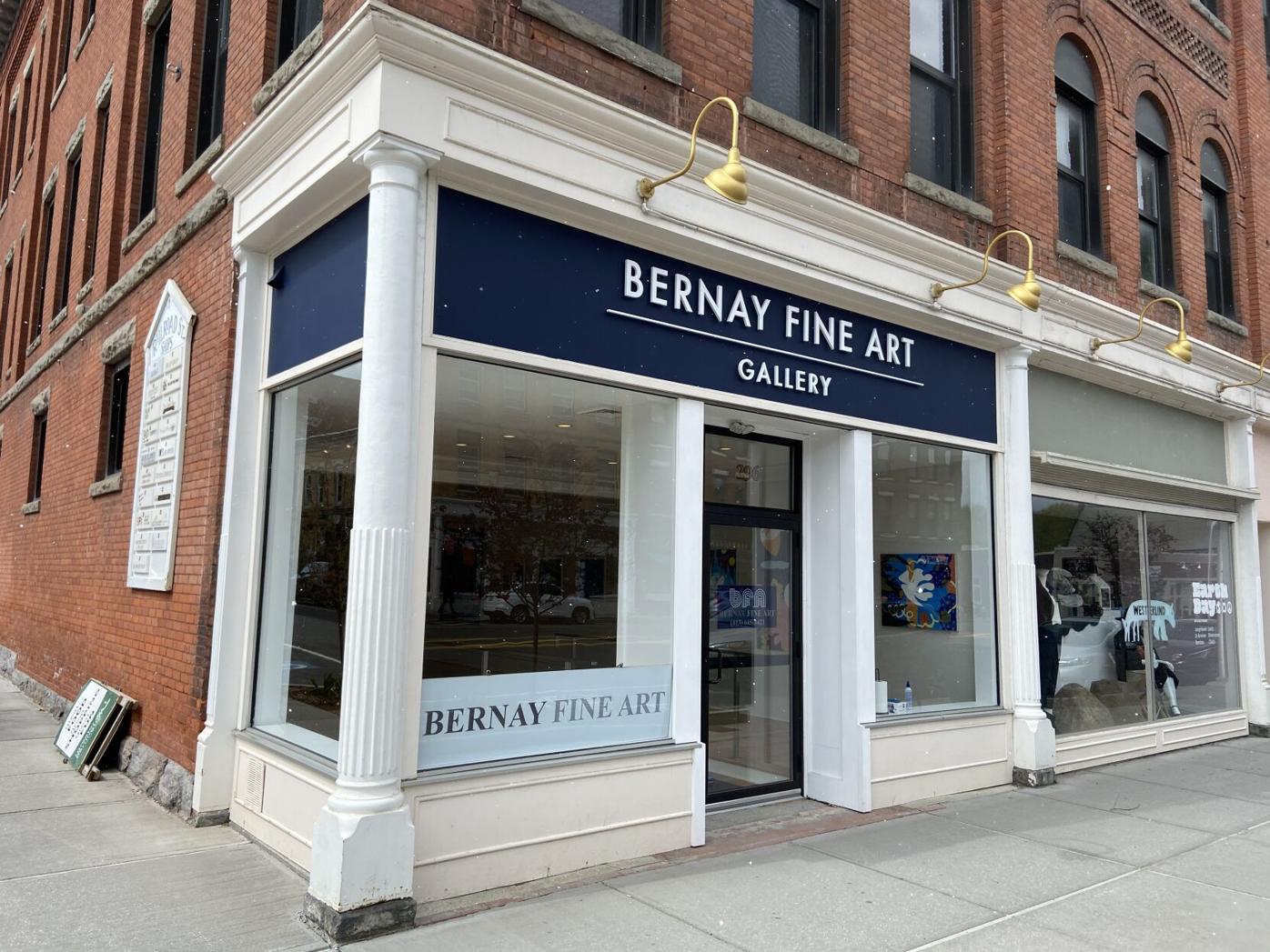 The exhibit "Mixing It Up," is on view now through June 6.

Berkshire artist Morgan Bulkeley's work creates images that are "beautiful, frightening and funny all at once."

Conny Goelz Schmitt's "Conversation with Bystander," is made with vintage book parts.

GREAT BARRINGTON — Debris from hurricanes and old school chairs might not seem like obvious raw materials for art, but once repurposed and rearranged by artist Michael Zelehoski they become something unexpected and hard to categorize — objects that become images that exist beyond what we expect from art hanging on a wall.

“He takes what he has found and has a sophisticated way of cutting shapes and wood inlays,” said Lou Friedman, director of Bernay Fine Art which is currently showing several of Zelehoski's works. “It creates a three-dimensional effect when you stand back.”

Arranging unexpected materials into new forms is a major theme for his gallery’s new show, “Mixing It Up.” The exhibit runs until June 6, and brings together about a dozen artists, who mix materials like wood, fabric, wall plaster, metal and vintage books, and use familiar techniques like collage and painting and unexpected ones like weaving and metalwork.

And of course, woodwork in the case of Zelehoski. His pieces “Tipping Point” and “Any Questions” include wood reclaimed from debris after Hurricane Sandy in 2012, and mix imagery of the sea to tell a fractal and multidimensional story about our relationship to nature. His “Musical Chairs” is made of many old chairs from a grade school, worn and well-used, that are repositioned in time and space to create a multidimensional object.

Friedman said the exhibit is an effort to try something new. “I would say 60 to 70 percent of our work is painting, but for this we wanted a show of mostly mixed media,” Friedman said.

One of the highlights of the show are the several works by Dee Shapiro, which demonstrate just how much you can do with what seems like a grab-bag of objects. Her remarkable “My Danea” uses fabric, patterns on paper, beads, photos and yarn to weave together an image of a reclining figure that seems to effortlessly emerge from the fragmented details.

Shapiro, who lives on Long Island and is now in her 80s, has spent a long career exploring the power and magic of patterns. Other works on display include “Organelles,” in which the microbiological universe inside cells is depicted with swirling blossoms of paper connected with lines of paint. “Circuitous” is a similar look at the matrix of circuits that are now all around us, making them visible in grid-like shapes that suggest silicon microchip wafers.

Laury lives in Hawaii, and Friedman explained he met her while speaking to another artist he represents about wanting to show an artist who worked in fabric. “In the Berkshires, you want to offer a variety of different genres, and to be honest, it makes it more fun for us to offer different things as well,” he said.

Sometimes, that includes using familiar approaches in unexpected ways. Amelia Toelke, who is based in Chatham, N.Y., usually works with metal, creating three-dimensional objects, like sculpture and jewelry. But displayed here are a few of her paintings, in which she uses gold and silver leaf to create two-dimensional images that feel like representations of jewelry pieces, finding an interesting space between object and image.

Meanwhile, Shira Toren uses a Venetian plaster technique, more commonly seen on walls, to create abstract works whose colors and lines suggest the sea, with names like “The Dunes” and “Rising Waters.” Her particular method mixes pigments with plaster, then applied to either a board or canvas and troweled off and marked to create effects that Friedman described as “muted, but very distinct.”

At the opposite end of the spectrum, a series of wood reliefs by Berkshire artist Morgan Bulkeley have the immediacy of a comic book image. For each piece, the artist carved out reliefs in wood boards, then painted them over with scenes of candy bars, superheroes, cartoon characters and other pieces of American consumer culture. As Bulkeley notes on his website, the purpose is to create images “that are beautiful, frightening and funny all at once.”

This is the third show Bernay Fine Art has held at its new space on Main Street in Great Barrington, since moving from its previous spot on Stockbridge Road, where it had been the previous two years. Friedman said he appreciates having more foot traffic, and introducing the work they show in a non-intimidating way.

“You can appreciate art without being an expert,” he said. “You can say, ‘Hey, I like that.’”