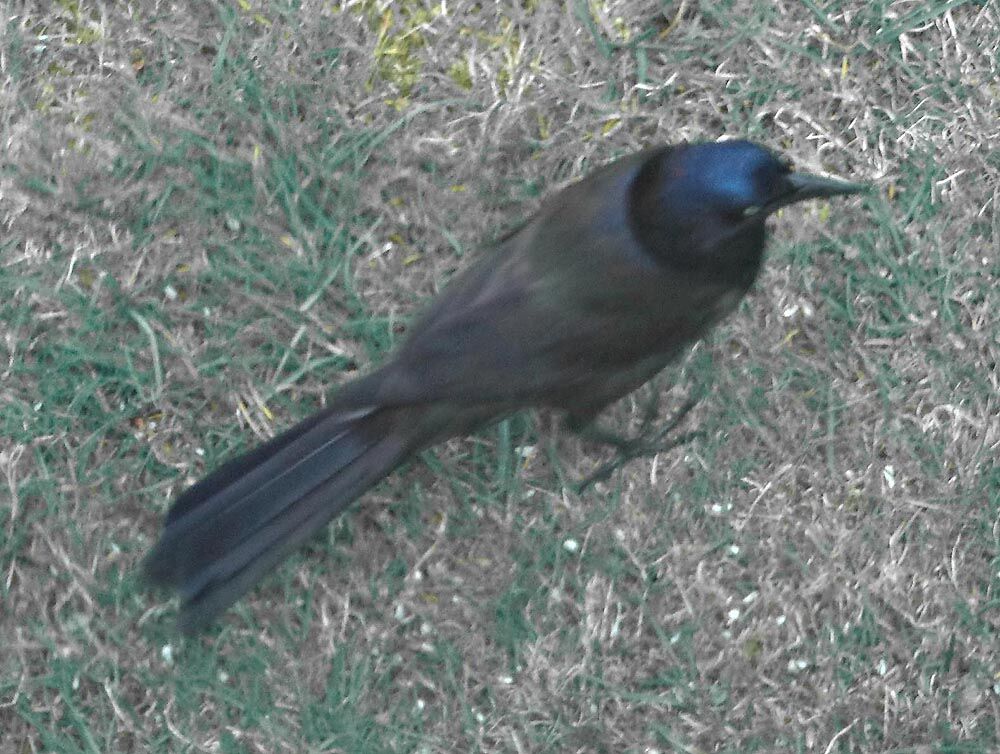 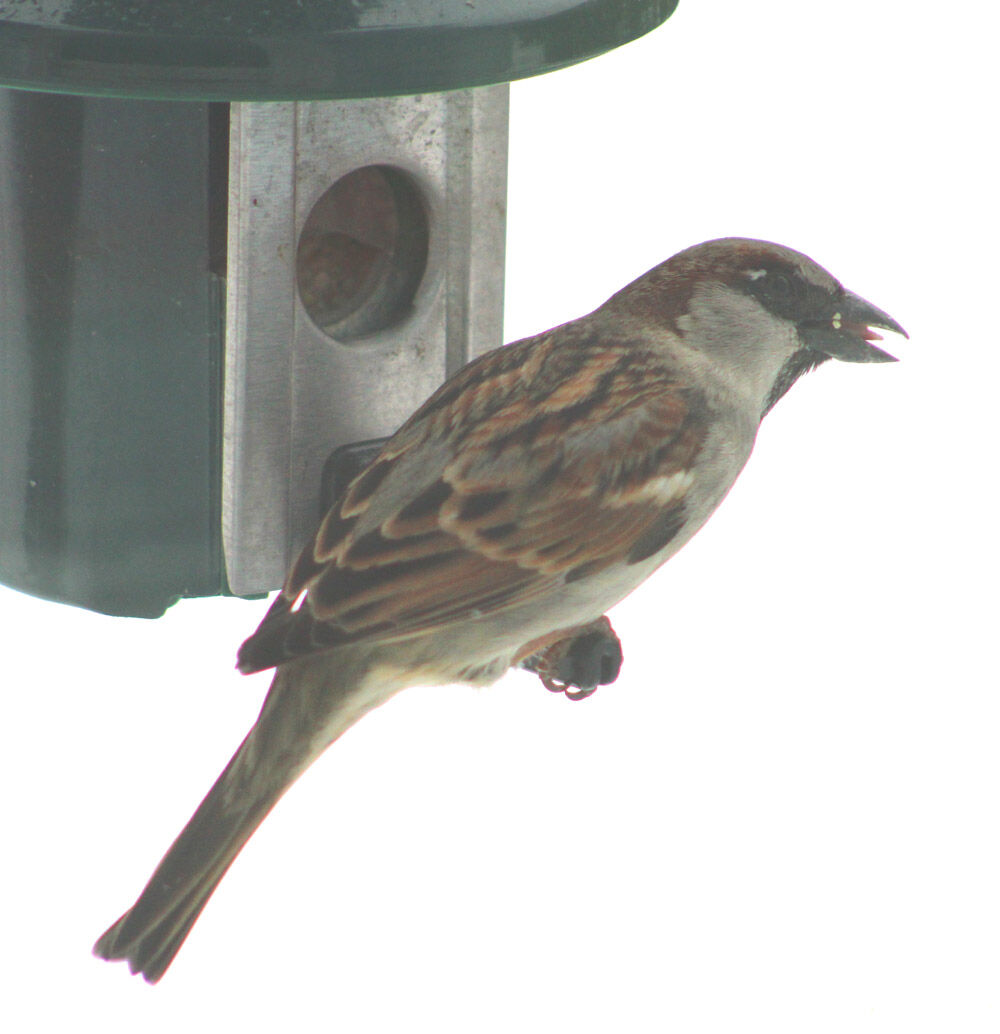 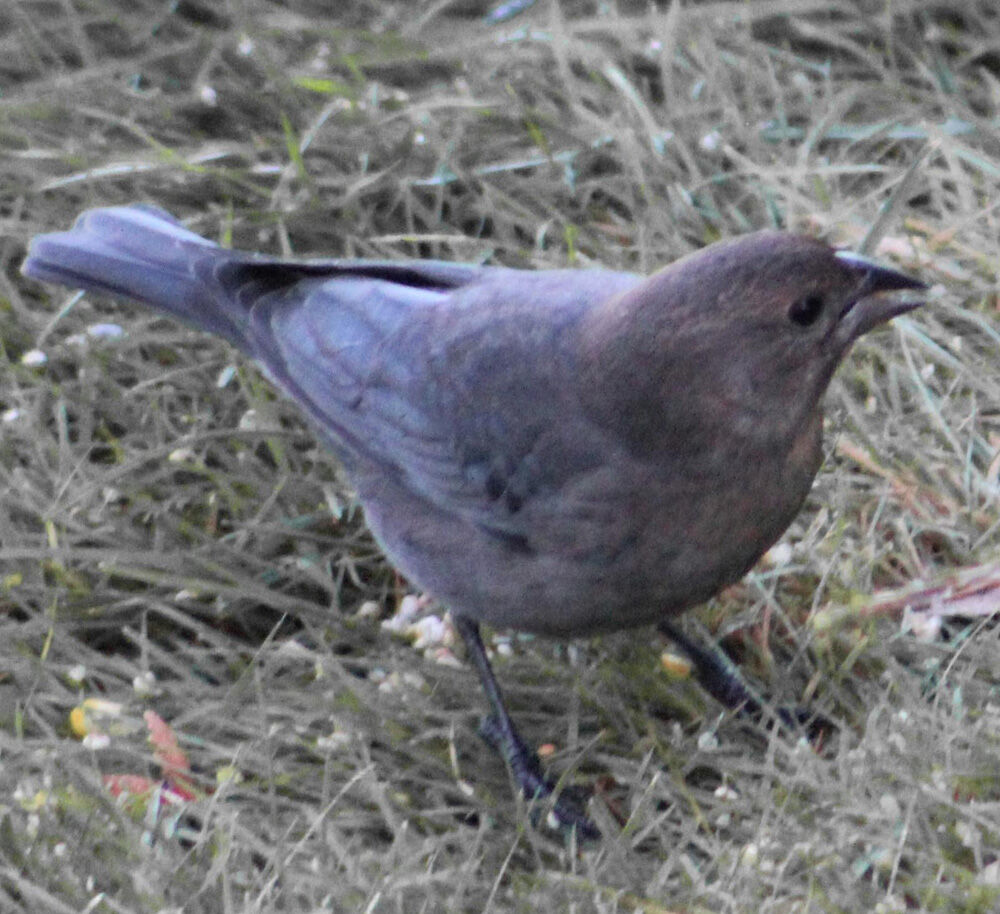 Learn to identify common feeder birds with these helpful tips and identifying features. Each week, I’ll submit three new birds to learn about.

The adult male brown-headed cowbird is a hefty blackbird living up to its name. The image here is molting into adult plumage. The female is a dull gray-brown all over. They are not fussy at feeders and will take all the common seed varieties, but should be discouraged as they are parasites taking a heavy toll on smaller songbirds, pushing several to become endangered.

Centuries ago, they followed the herds of bison. Today, it follows herds of cattle and was confined to the open grasslands. It has expanded and has spread coast to coast. Their nomadic habits kept them from staying in one place to brood a family, so they forgo building nests and lay eggs in other songbirds' nests, often killing the host's own young. And they are prolific, not having to brood eggs and feed the hatchlings; females go from nest to nest, sometimes laying as many as three dozen eggs a summer.

Sometimes called the English sparrow, it is not an American species, but an Old World sparrow related to birds in Europe, Africa and Asia. Nostalgic European immigrants were thrilled when they were introduced to America for insect control in New York City in 1851.

These aggressive little birds are adaptable and live in rural areas and the country's largest cities, and every town in between. They often take over bluebird and tree swallow nesting boxes, killing the inhabitants if necessary. One summer, they destroyed a clutch of bluebird eggs and another time killed the female bluebird sitting on her eggs. Today, I have a sure way of discouraging them and will mention it in a future Naturewatch.

Everything about this species — which is sometimes called the bronze grackle — is long; its bill, legs and tail. The males are glossy, and the females less so. They are gregarious birds and often flock with starlings and blackbirds, especially during the winter months.

They are usually found foraging in fields, city parks, on lawns, and in this case, beneath our feeders. They eat all the usual bird feeder seeds, including peanuts, suet and fruits, like oranges. They prefer it on the ground or a platform feeder.

The late David St. James once commented, "Grackles, along with redwings, are true harbingers of spring, arriving in the latter half of February." So keep an eye out for both.