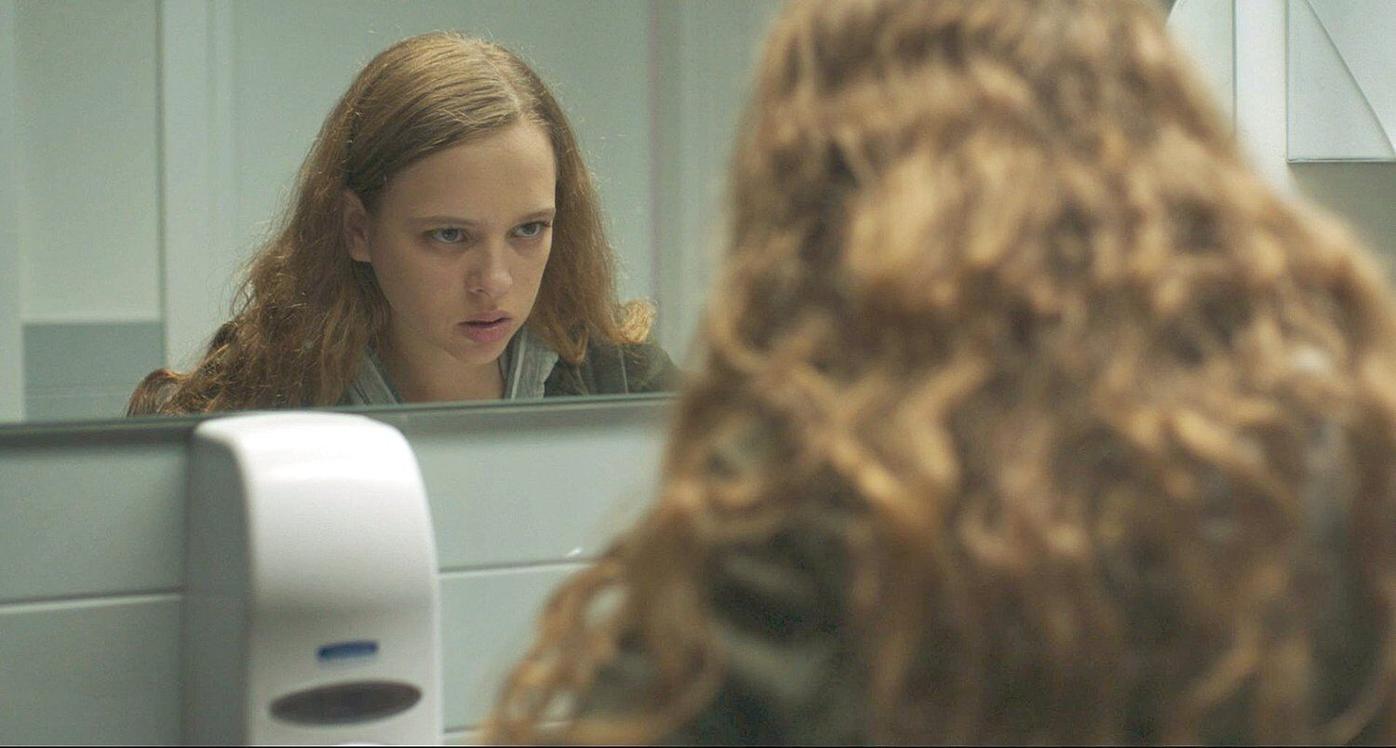 "Broken Mirrors," starring Shira Haas, will be available to watch at 8 p.m. July 20. 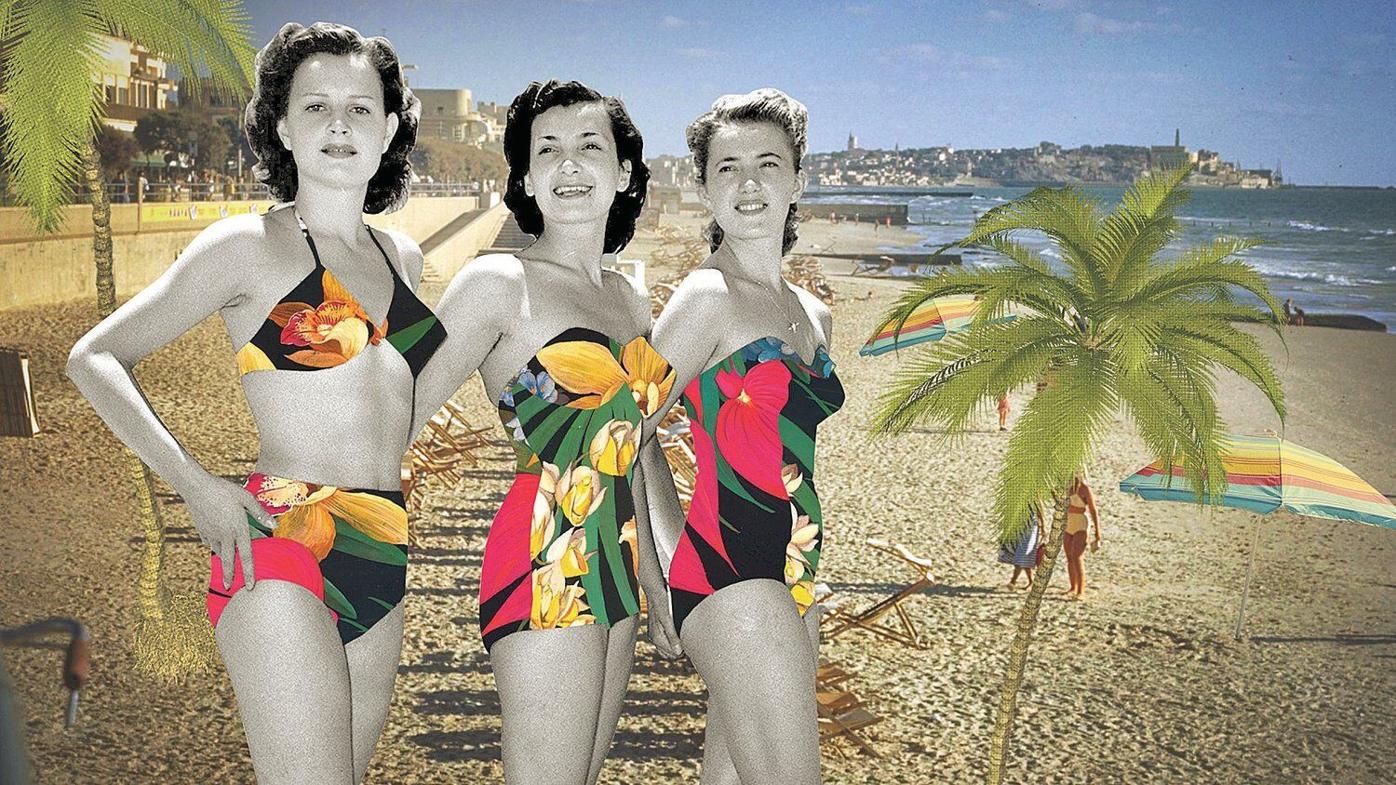 The film, "Mrs. G," about the creator of Gottex bathing suits, is part of Berkshire Jewish Film Festival's virtual festival this year.

"Broken Mirrors," starring Shira Haas, will be available to watch at 8 p.m. July 20.

The film, "Mrs. G," about the creator of Gottex bathing suits, is part of Berkshire Jewish Film Festival's virtual festival this year.

PITTSFIELD — Any other summer, Berkshire Jewish Film Festival would be opening on the first Monday of July at Lenox Memorial High School's 500-seat air-conditioned Duffin Theater.

But this is not any other summer. On this first Monday in July, in the summer of COVID-19, Berkshire Jewish Film Festival begins its 34th season — the fourth under artistic director Judy Seaman — as Virtual BJFF 2020; accessed through the festival's website — berkshirejewishfilmfestival.org.

A fundraiser for the Hebrew school of Knesset Israel on Colt Road, BJFF 2020 will stream 14 full-length and short films, primarily documentaries, over six Monday afternoons and evenings at 4 and 8, July 6 through Aug. 10.

Each film is available for only one viewing within 14 days of its first streaming. Ticket buyers also will be sent an email with a link to a Zoom talk-back.

"The talk-backs, where directors come and engage with us ... provide for social engagement and learning," Seaman said in an email interview. "We have five talk-backs scheduled (all but one of them live), including one with Ric Burns, director of 'Oliver Sacks: His Own Life.'"

The one prerecorded talk-back features director Dalit Kimor in a 25-minute interview about her film, "Mrs. G," about the creator of Gottex bathing suits. The talk-back will be available starting Monday.

A grandmother and mother of three adult daughters, Seaman grew up in Manhattan, moved to Lenox 10 years ago, joined Knesset Israel in Pittsfield and began volunteering at the festival. She became "good friends" with Margie Metzger, who ran the festival for 30 years, "shadowing her and learning everything," Seaman said in her emails. "As an editor, I saw an opportunity to offer my talent and began putting together trailers for the festival, which was a lot of fun." When Metzger retired in 2017, Seaman became artistic director.

She brings solid credentials. A BFA graduate of NYU School of the Arts, Division of Film and TV, Seaman worked at ABC's "The American Sportsman Show," NBC, and Children's Television Workshop's "3-2-1 Contact." A freelance film editor, she made a film, "A Clear Road to Birth," "about women who give birth without any medical assistance at all," she said.

Together with her business partner, Steve Rosenthal, Seaman runs Second Avenue Video - Capturing Family History, which teaches individuals how to interview and film people as they tell their stories and then edits the material into a finished piece.

The way Seaman sees it, it takes a community to assemble the festival each year; more so, perhaps, this year.

"We are all volunteers, but this year a few of us feel more like full-time employees," Seaman said.

"This year we brought some new people on board. Beth Kruvant, a filmmaker in her own right, searched, watched and recommended films. We discussed these, narrowed them down a little, then sent them on to our film selection committee to watch and comment."

Each year, those involved in the film selection process see between 60 and 100 films from which the final choices are made.

"We were quite taken by the plethora of excellent films this year and had our line-up all set in February," Seaman said.

By March, however, it was becoming increasingly clear that the coronavirus pandemic was going to change the course of BJFF 2020.

"In early March, Steve and I participated in a Zoom conference call with about 25 members of the Jewish Film Presenters Network, a national organization," Seaman said. "Several of the participants were at that time in the midst of their film festivals, or about to be, thus facing the immediate challenge of deciding whether to postpone or cancel their festivals and were dealing with the details of notifications and possible reimbursements.

"This ... is where we first heard talk about the very concept of having a virtual film festival should the pandemic continue unabated."

At a subsequent Zoom meeting with her own committee, the decision was made to go virtual.

"I didn't feel optimistic about the virus going away anytime soon and the news was reporting at least 18 months until a vaccine would be available," Seaman said.

"Our audience members flock to the Berkshires from all parts of the country and if travel was going to be an issue, we would have a problem. Of course, we have many year-round residents who are devoted festival-goers and we just weren't going to risk anyone's health. We know that the festival ... is also a social gathering, an important element."

The challenges, Seaman said, were considerable.

"The first step we had to take was find a company which could handle the film showings and the ticketing," she said. Friends at the SXSW Film Festival in Austin offered a recommendation that Seaman and her committee found more than acceptable.

"The next step was to create a whole new website," she said. "We have to instruct people how to use the website and buy their tickets. It's not difficult. It's just different."

Then, Seaman said, "some of the distributors were not keen on the online element so new films had to be found. And we ourselves had to learn some of the ropes of putting on a festival in a completely new way."

Seaman loves this year's selections. Among the standouts for her is "Broken Mirrors," starring Shira Haas, "one of the biggest Israeli stars at this time ... ," Seaman said. "Everyone who has seen her in 'Unorthodox' and 'Shtisel' loves her." "Broken Mirrors" is scheduled to be shown 8 p.m. July 20.

"Our focus this summer has been on showing compelling films, trying to stay optimistic, trying to keep our audience engaged and feeling as though they are still part of our community — which they are no matter where they live," Seaman said.

"We have people who will be watching our films from Nevada, California, Florida, New York, Canada, all over. We are all in this together and we are all making it work."