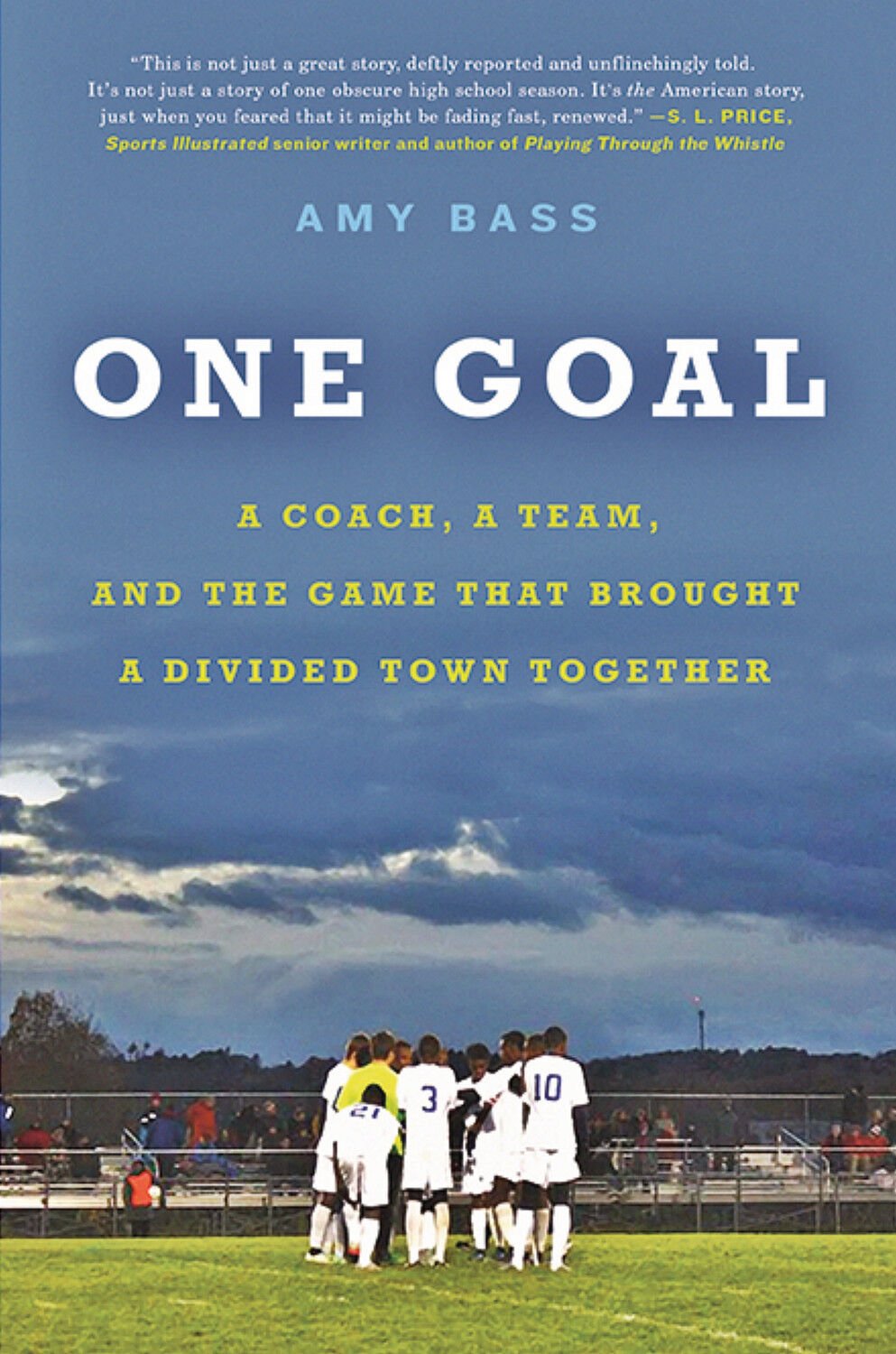 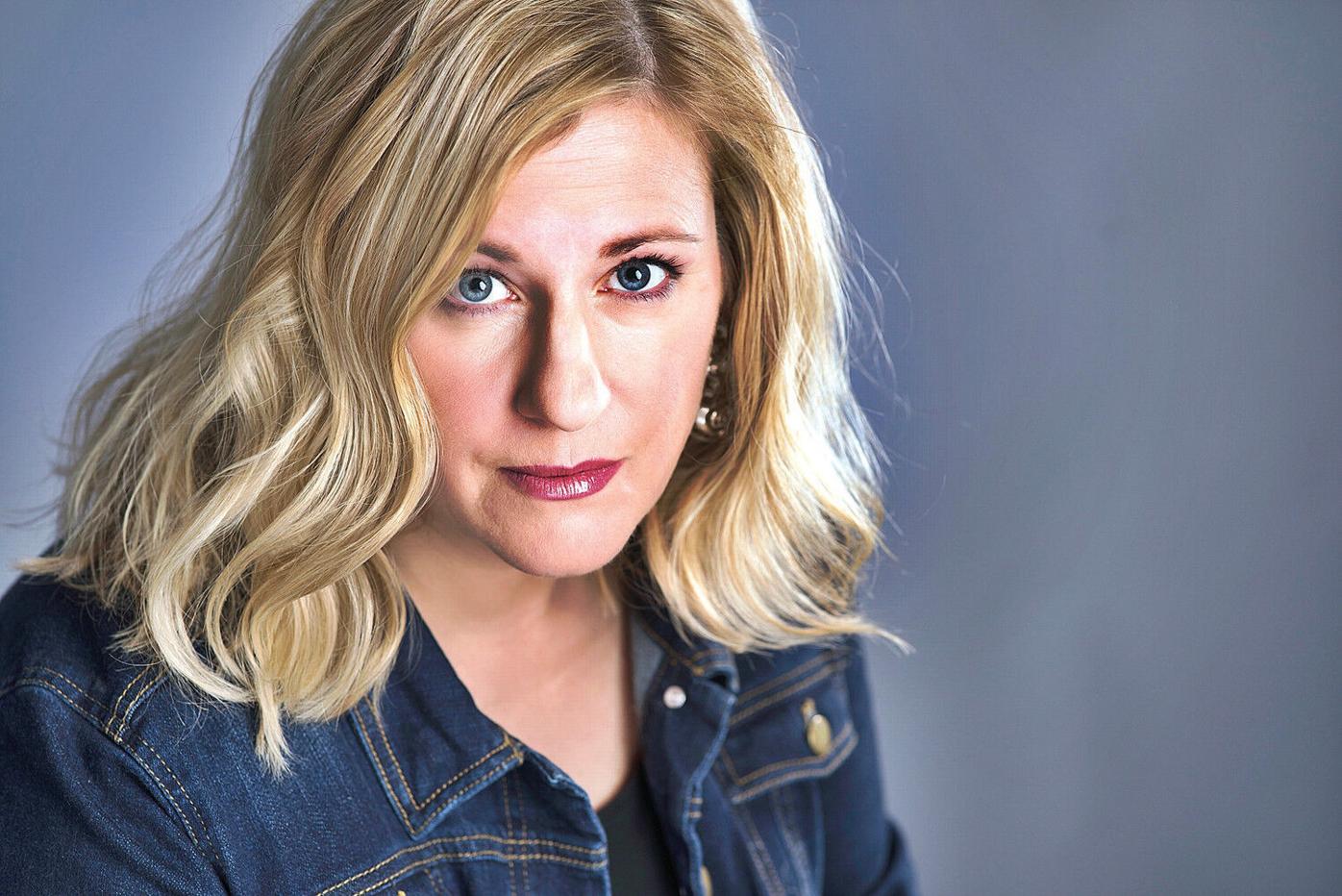 Though the Richmond native has covered athletics throughout her writing career, her prose tends to investigate how cleats and culture intertwine. The author is certainly a sports enthusiast — count the Red Sox among her passions — but composing works in the nonfiction sports sphere requires far more than fanaticism. Keeping a critical distance is vital, according to Bass.

"You always have to find where it transcends sport, what you're writing about," she said.

"One Goal: A Coach, a Team, and the Game That Brought a Divided Town Together" (Hachette Books) certainly goes beyond the sidelines. While Bass' latest book focuses on a Lewiston, Maine, high school soccer team's path to its first state championship in 2015, the work's scope is much broader than wins and losses. With one exception, the varsity squad consisted entirely of African refugees and immigrants. Bass tells their stories (and their coaches') while also exploring the racial tensions surrounding them: in Lewiston, a mostly white mill city that had recently received an economic boost from an influx of Somali refugees, and throughout the U.S., where political dialogue included threats to immigrants and refugees.

A Kirkus starred review called the book an "edifying and adrenaline-charged tale of how immigrant soccer players were able to translate 'tight-knit family and community connection to success on the field.'"

"That's exactly what we're going for," Bass said of that review.

Embedding with the team in Lewiston was a return for Bass. After graduating from Taconic High School, where she competed on the ski and track teams ("I would call myself a participant more than an athlete"), she received her undergraduate degree from Bates College.

These days, as a professor of history at The College of New Rochelle, Bass calls Westchester County, N.Y., home. But she regularly visits the Berkshires, where she has journalistic roots. Her mother, Ruth, is a longtime Eagle reporter, editor and columnist, and her father, Milton, worked as an editor and columnist at the newspaper for more than 60 years before he died in 2014.

Bass answered some questions by phone before the release of "One Goal" on Feb. 27. Her responses have been edited for length.

This book examines immigration and the refugee crisis. What were some of the best books you came across during your research on these topics for your book?

I think that the best book is actually a novel. ... Elizabeth Strout['s] "The Burgess Boys." "The Burgess Boys" is a fictional account of one of the real turning points that happened in Lewiston, Maine, which was when a man threw a frozen pig's head into the mosque when men were praying. ... I had read "The Burgess Boys" before I started working on this subject, and I reread it, and that was my clarity, her writing. I had a chance to talk to [Strout, who also attended Bates,] last summer. You know, you can look up all the facts and figures, and you can geographically figure out where refugees move, and how and what their numbers are, but understanding the idea of being strangers in a town and what moving and migration means — it was "The Burgess Boys."

It's also a sports book, obviously. What is your favorite sports book?

Oh, that changes. I still teach "Friday Night Lights" [by H.G. ("Buzz") Bissinger]. I think "Friday Night Lights" is a standard-bearer in a lot of ways. I think that one of the great things about "Friday Night Lights" is [when] Odessa, Texas, welcomed Buzz into their community, I don't think they saw what was coming. But more recently ... S.L. Price's "Playing Through the Whistle," which is about Pennsylvania football. It's just a magnificent piece of work, and I have to say, when he agreed to read "One Goal" and blurb it, I was dying. His blurb is on the cover of the book. I would put that on my resume if I could, that S.L. Price endorsed my book, because "Playing Through the Whistle" is magnificent. It's just magnificent.

Who are some of your favorite writers who examine sports through a cultural lens, like you do?

I teach sports so often that I always have to think who's on my reading list. Really old school is C.L.R. James, which is a little bit of an esoteric answer. It's probably as scholarly of an answer as I'll give. "Beyond a Boundary": It's a book about cricket, and it was published in 1963. It's old, but he [has] one of the really great black Marxist perspectives, coming from Trinidad. It's just a brilliant book, and it's a book that I reread pretty frequently. I guess it brings me back to zero when I need to reset. It's not beach reading. It's not casual reading, but C.L.R. James — if you really kind of want to work for it a little bit, C.L.R. James is just brilliant. More popular, and he's a dear friend, is Carlo Rotella, who's at Boston College. Carlo really brilliantly bridges scholar slash public intellectual. His work on boxing ..."Good with Their Hands," "Playing in Time" — it's just great stuff.

"Those About Him Remained Silent" [by Bass, published in 2005] examined W.E.B. Du Bois' legacy and a proposed memorial park in Great Barrington that caused a lot of division in the town. What are some of the best works you read in preparation for that book about Du Bois?

Du Bois. Du Bois is the best preparation for Du Bois. You don't really need a part two there because he's written enough that you'll be busy for a really long time. I hope that everybody gets through life at some point reading some part of "[The] Souls of Black Folk," but reading the autobiographies and especially reading one of his lesser-known works, "Darkwater" — he's just a bracing writer. I think that the best preparation for writing about Du Bois is reading Du Bois.

More broadly, what are some of your favorite books, nonfiction or fiction, about African-American history?

I think the most kind of wake-up book that I've read in a long time is "Citizen" by Claudia Rankine, which is a work of epic poetry. I taught Rankine alongside Ta-Nehisi Coates' "Between the World and Me," and teaching those books together in concert was one of the most special teaching experiences I've had. But I recommend everybody read "Citizen." I think "Citizen" is a masterpiece, and it's a little — it's an unusual take. It is poetry, and it's very visual and very literary, and I still think very accessible.

What was your favorite book as a child?

I think that the book that I've read the most, of any book, is "The Long Winter" by Laura Ingalls Wilder, and I think that makes total Berkshires sense because it's literally about surviving a winter full of blizzards. I was obsessed with Laura Ingalls. I'm still obsessed with Laura Ingalls. I still reread her and reread work about her, and the autobiography came out, "Pioneer Girl," a couple years ago. I would say "The Little House" books definitely [were my favorites], and of "The Little House" books, "The Long Winter."

I have yet to read — and I'm kind of scared, but I'm going to do it — Colson Whitehead's "The Underground Railroad." That is actually, literally, on my nightstand. And the other book that's on my nightstand ... is called "Untangled" [by Lisa Damour]. It's nonfiction, and it's about guiding your teenage girl through life, so that's my "please save me from this moment" book. ... Every mother I know has this book on their nightstand right now. This book is a craze. ... And I have a friend's book on my nightstand, which is also a parenting self-help book: Catherine Pearlman's book, "Ignore It!," which is a funny, witty guide. She's a dear friend. And I have read it through in manuscript form and things like that, and now I'm finally taking my actual copy and reading it, not so much to parent my child, but just because I like to read my friends' books.