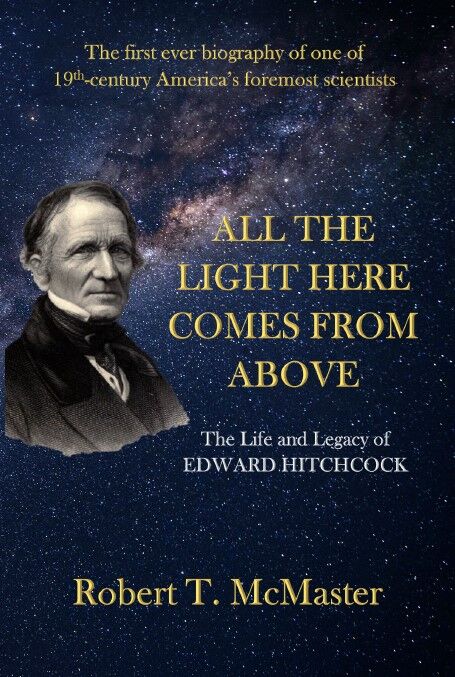 'All the Light Here Comes from Above: The Life and Legacy of Edward Hitchcock' 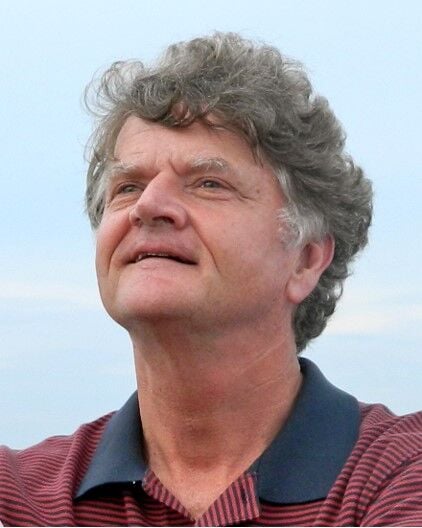 'All the Light Here Comes from Above: The Life and Legacy of Edward Hitchcock'

'All the Light Here Comes from Above: The Life and Legacy of Edward Hitchcock' by Robert McMaster

Edward Hitchcock, appointed Massachusetts' first state geologist in 1830, began his career as an educator at Deerfield Academy, where he served as principal from 1815 to 1818. He then became a Congregationalist pastor, serving the Congregational Church in Conway from 1821 to 1825. He left the ministry in 1825 for a post at Amherst College, where he served as a professor of chemistry and natural history until 1845, when he became the college's professor of natural theology and geology. In 1845, he also became president of Amherst College, a post he held until 1854. He is credited with Amherst's recovery from severe financial difficulties and developing the college's scientific resources.

Recently, Robert McMaster, of Williamsburg, a retired biology professor at Holyoke Community College published "All the Light Here Comes from Above: The Life and Legacy of Edward Hitchcock," a biography that traces Hitchcock's rise from poverty in Deerfield, where he was born in 1793, through the end of his life, much of which was spent trying to reconcile his faith with science.

McMaster recently took the time to answer our questions about his book.

Q: What inspired you to write such an extensive biography on Edward Hitchcock?

A: I've known about Edward Hitchcock since I was a boy, but I only a few years ago discovered that no biography had ever been written of the man.

I've always been interested in geology and paleontology, but I was particularly fascinated by Hitchcock's effort to reconcile his science and his faith. That seems to me very timely considering the recent rise in "science skepticism." (The first time he discussed his views on science and religion was in Pittsfield in 1823)

When I started work on my book, I had no idea how much there was to know about the man. He published nearly 50 books in his lifetime, but his unpublished works —sermons, lecture notes, diaries, etc. — total probably 10 times his published works.

Q: Why should people know who he is? In your opinion, why isn't he better known?

A: He was certainly one of the most important figures in American geology in the 19th century. He was a geological pioneer, the first state geologist, the first American to embrace the theory of continental glaciation, and co-founder of the first professional association of American geologists (forerunner of the American Association for the Advancement of Science which continues today).

He is actually pretty well known among geologists and paleontologists. I'd say there have been 10 or more scholarly articles about him published in the last 15 years, so his theories and importance to science goes on, even 160 years after his death.

For a time in the 20th century, Hitchcock's reputation suffered because of his assertion that the fossil tracks he studied were the tracks of birds. Only in the last 30 years or so have evolutionary biologists come around to the idea that dinosaurs were the ancestors of modern birds. So Hitchcock was far more right than wrong in his "avian hypothesis."

Q: If you had to pick one thing, what would you consider his most important achievement overall?

A: Without a doubt his work with those "fossil footmarks" stands out. He was really one of the first scientists in the world to unearth and describe evidence of dinosaurs, even though he didn't use that term.

Q: In regards to the Berkshires?

A: It was during his many trips to the Berkshires, as state geologist, that Hitchcock first expressed his doubts about the role of the Great Flood of the Book of Genesis in shaping the earth's surface. He observed immense boulders in long lines or trains [lines of boulders left by the glaciers receding] stretching across the Berkshires (the Richmond Boulder Trains run from Canaan, N.Y., through Richmond and Stockbridge to Tyringham; he saw similar trains in Cheshire running up to and over the mountains at Savoy and Windsor). He couldn't accept the explanation that these huge boulders were carried by flood waters, however great. Hitchcock didn't originate the glacial theory, but as soon as he read about it he became a believer.

He also was among the first geologists to recognize the extraordinary geological history of the Taconic Range, suggesting that rock strata hundreds of feet thick had been overturned at some time in earth's past. That was a revolutionary idea in his time.

Q; What books/resources did you use when writing this book?

A: I started with Hitchcock's own published works, but I found his unpublished writings equally valuable, especially in that few of them had ever been transcribed, published, or even written about before. I believe I am the only person ever to read all his sermons and write about his religious views expressed in them. In his sermons, I found some startling revelations about Hitchcock's life and times that I would never have known about otherwise.

Q: What biographies did you read in preparing to write this one?

A: Stephen Jay Gould, the Harvard biologist, wrote dozens of books that have inspired me, "Ever Since Darwin," "The Mismeasure of Man," "I Have Landed," and "Rocks of Ages," to name a few. Most are not biographies per se, but they have helped me a great deal to better understand Hitchcock and his time. I think I first became interested in Charles Darwin when as a teenager I read Irving Stone's biographical novel of Darwin, titled "Origin."

Q: What is a favorite biography that you have read?

A: A biography by Timothy Egan, "The Immortal Irishman," showed me how riveting a biography can be. The historical novel, "Caleb's Crossing," by Geraldine Brooks, while not strictly speaking a biography, offers fascinating insight into early New England history from the perspective of a Native American.

Q. What is your favorite book involving local history?

A. Several years ago, I read two autobiographies by Pittsfield author Kevin O'Hara that I found very entertaining, "A Lucky Irish Lad" and "The Last of the Donkey Pilgrims." The first is largely about his childhood in Pittsfield in the 1950s and 1960s, "Donkey Pilgrims" is a hilarious account of a trip he made around Ireland in the 1970s in a cart pulled by a donkey.

A. I recently read and enjoyed "A Scattered People" by Gerald McFarland. For sheer pleasure and escape I am now rereading P. D. James' "Devices and Desires."