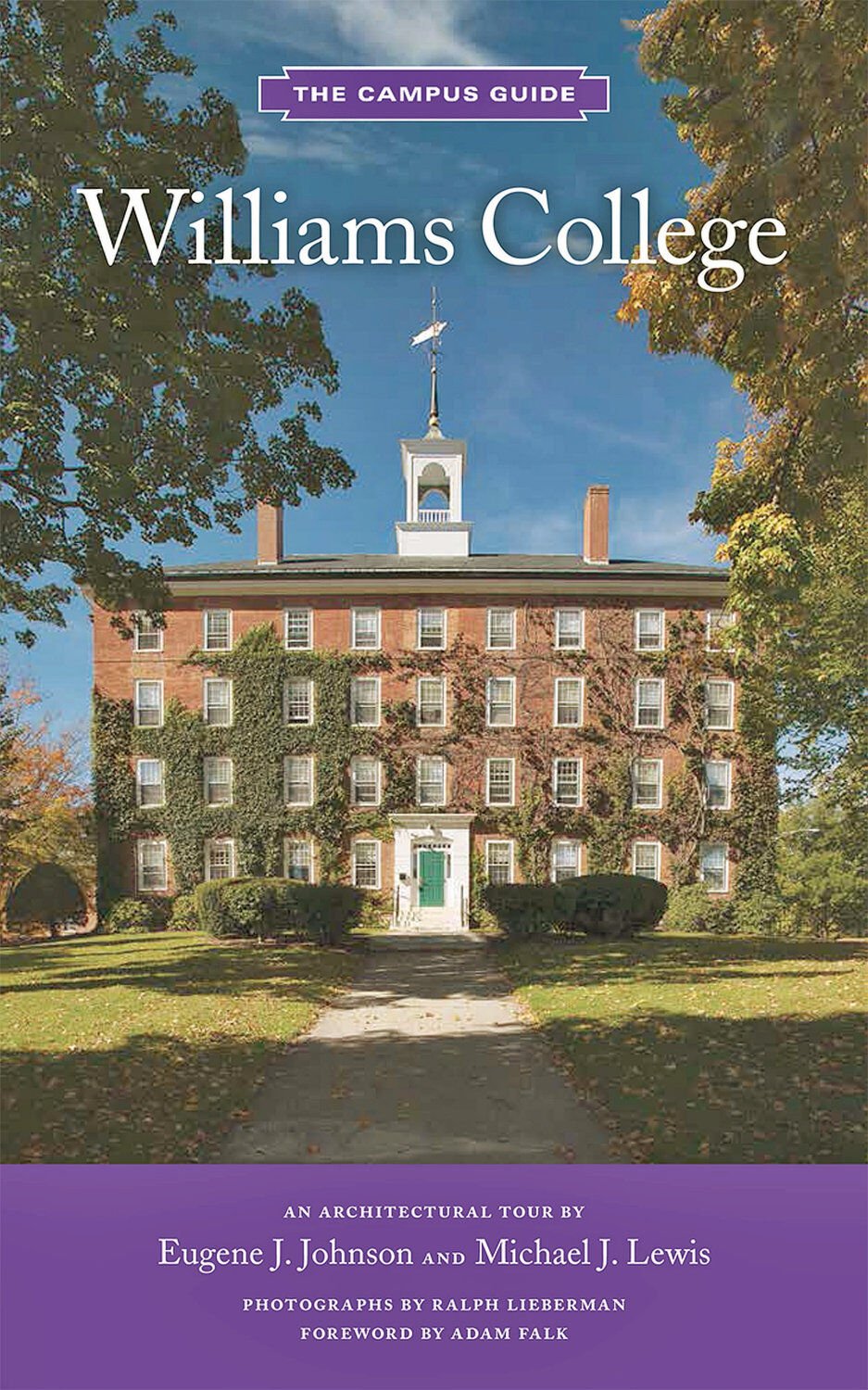 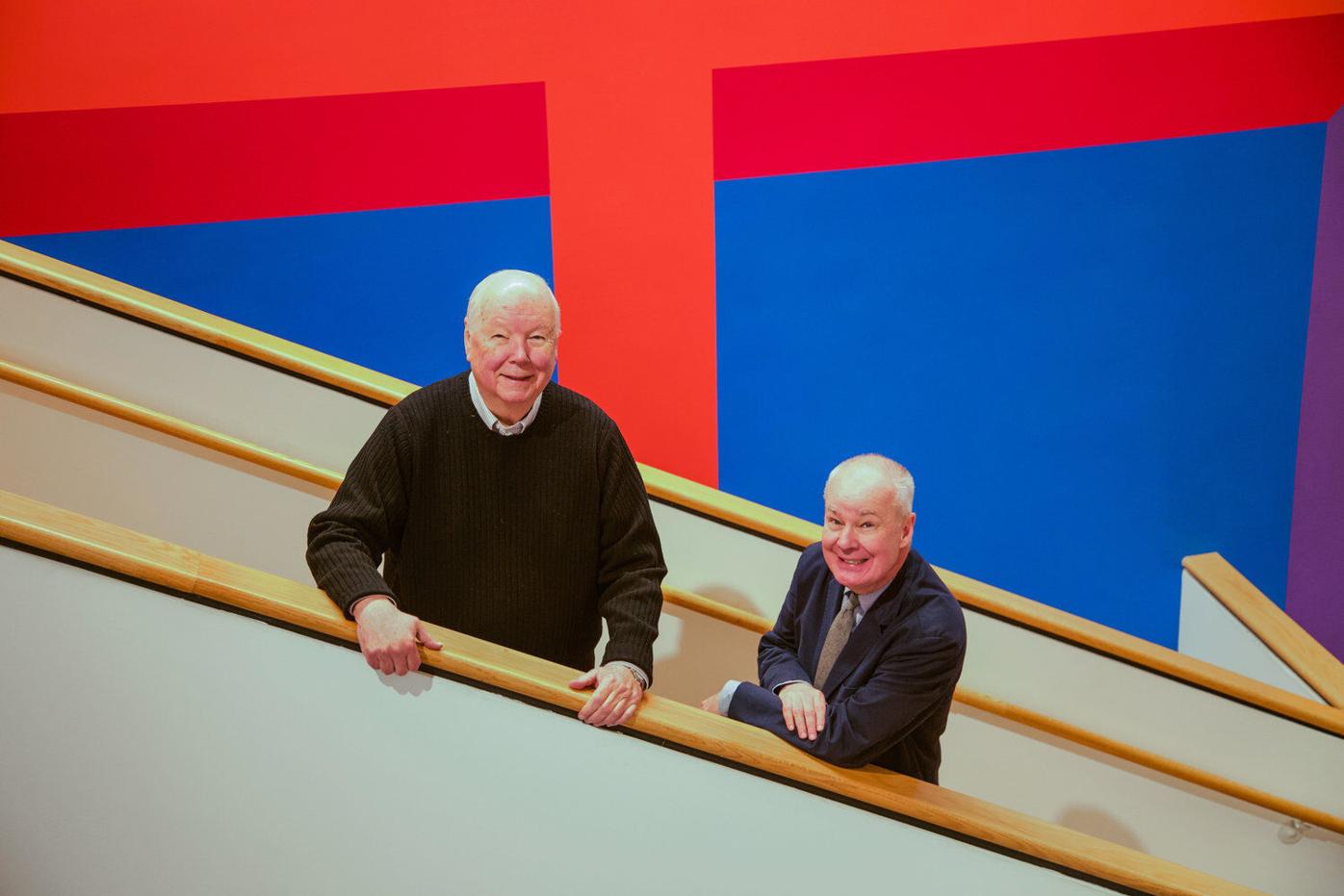 In 1755, as Col. Ephriam Williams Jr. and his troops paused in Albany, N.Y., before heading out to fight the French at Lake George, he penned a will that left his estate to found a "free school" in West Hoosuck plantation and that the town be renamed Williamstown. The battle proved fatal for Williams, but it would take another decade before Williamstown was incorporated and another 20 before the state would carry out his wishes.

The Williamstown Free School opened in 1791 in a four-story brick building with 15 students. Two years later, following the petition of the state Legislature by the Free School's trustees to create a college in its stead, the Free School would be replaced by Williams College. Its brick building, no longer a place of free education for the town's boys, would become known as West College. It would be the first of 100 academic and residential buildings, some the work of influential architects and designers including: Thomas Tefft, Francis Allen, Stanford White, Benjamin Thompson, Charles Moore and Tadao Ando.

"It's a 200-year history ... there's a lot of good buildings," said Johnson, who taught art and architecture at Williams for 52 years. "The whole history - it's a very important history — is well worth knowing. There was a great span of time between Ephraim Williams' will and the establishment of the college. The Revolutionary War happened. There was a long birth moment for the college, when it almost looked as if it would fail. That's one of things I didn't know about the early history of the college, as I do now. Such as, Williamstown, in 1750, was a dangerous place. It was the center of competition between England and France." He added,"One of the things I had not fully understood before was how deeply religious this institution was in the beginning. That really impresses me."

Although Williams College wasn't founded as a religious institution, its students went to chapel several times a day, he said. Understanding the role religion played in everyday student life, helped the professors get a better understanding of some of the early campus buildings.

"Griffin Hall, then known as New Chapel, had two doors in its facade. [Only one door remains after renovations.] No one could explain why there were two doors in the facade," Johnson said.

That was until he read a sermon by the building's namesake, President Edward Dorr Griffin, originally delivered at the dedication of New Chapel in 1828.

Johnson said he and Lewis also spent some time learning whether or not legends about certain buildings on the campus were true. One example, he said, a particular legend about the President's House on Main Street turned out to only be partially true.

"There's a particularly beautiful design just above central door and window, a triangle with two hearts held together by a chain. I had always heard the house was built by a wealthy man by the name of Sloane for his daughter's wedding," Johnson said. "Turns out that he had several daughters and didn't build it for one of them. He built it for his wife — they are the two hearts."

After Sloane passed, his widow lived in the house with her son's family until the time of her death. The house, he said, was purchased for the college by an alumnus in 1850 and has been the home of college's presidents ever since.

"That's the kind of work we did," he said. "We were trying to figure out why the early buildings looked the way they did. They weren't put up to be pretty; they served a purpose."

Johnson, who attended Williams as an undergraduate, is no stranger to writing architectural guide books.

"I'm an architectural historian — deep interest in American architecture.Years ago, as a visiting professor at Rhodes College in Memphis, I decided [there needed to be] an architectural guide to Memphis. So I wrote one," he said. "Memphis: An Architectural Guide," which was published in 1990.

Johnson recently answered a few questions about his favorite books.

Q, What book did you find most helpful when writing this tour book?

A. The essential books for researching Williamstown history are in two volumes, "Origins in Williamstown," and "Williams and Williams College: A History," by Arthur Latham Perry. They were published in 1899 and 1904, so they barely reach the early 20th century. They can get quite tedious at times, and he doesn't cite any sources, so one just has to trust him. But, it's an invaluable source of history for Williamstown. There are other books, as well, including a predecessor, "A History of Williams College" by Calvin Durfee (1860). There's also "Reflections on the Architecture of Williams College" by William Stoddard, a more recent publication, and "Williamstown the First Two Hundred Years," which was recently brought up to date. There's not a huge amount of literature on Williamstown, but there is some out there.

Q. Where is your favorite place to get lost in a book in the Berkshires?

A. I have a carrel in the Clark Library [at the Clark Art Institute] where I do a lot of work. One of the nice things about retirement is that I don't have to give up scholarship. The Clark Library is one of the best art history libraries in the country. I'm working on an article on a villa from the 16th century in Rome. I found that a library in Athens has a drawing of the villa. Before, you would have to go there to see it. Now, you don't have to go to Athens. The internet has made an incredible difference in the area of scholarly pursuits.

A. (Johnson said he doesn't have any books on his nightstand, as he doesn't read in the bedroom, but he does have a few books he is reading in the living room.)

For Christmas, I received "Presidents of War," by Michael Beschloss. It's a really interesting book. I taught him years ago when he was a student at Williams. I'm learning a lot about presidents like [President James K.] Polk.

He's also enjoying, "Mantegna & Bellini," a catalog recently published by The National Gallery, London. The catalog, a companion piece the museum's exhibition of the same name, explores the relationship between two of the greatest painters of the Italian Renaissance: Giovanni Bellini and Andrea Mantegna, rivals and brothers-in-law.

Jennifer Huberdeau can be reached at jhuberdeau@berkshireeagle.com, @BE_DigitalJen on Twitter and 413-496-6229.