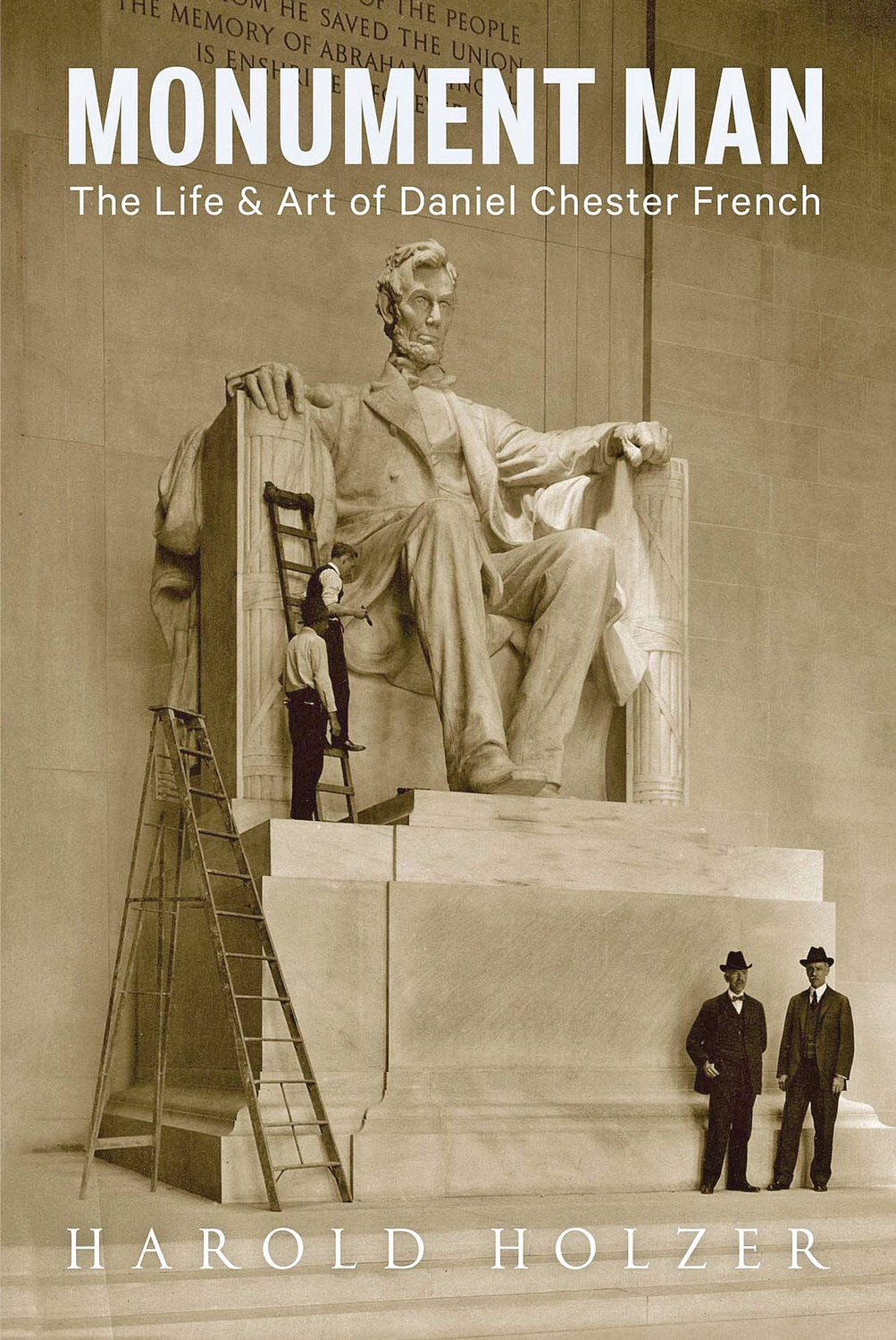 Scholar and author Harold Holzer will read at Bard College at Simon's Rock on Tuesday as part of his book launch. 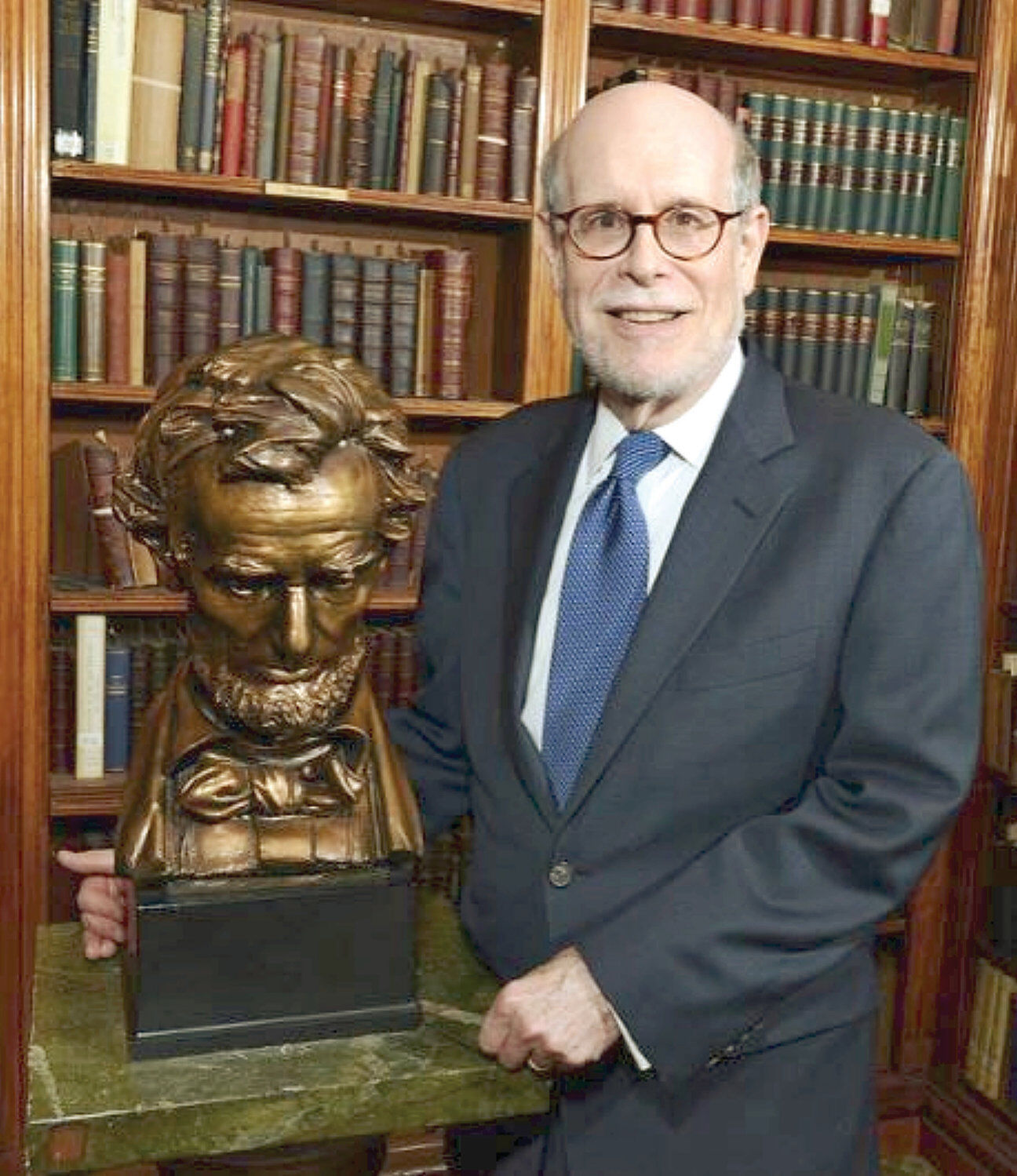 Scholar and author Harold Holzer will read at Bard College at Simon's Rock on Tuesday as part of his book launch.

Through books such as "Lincoln and the Power of the Press," "Lincoln President-Elect" and "A Just and Generous Nation," scholar Harold Holzer paints pieces of Abraham Lincoln's monumental portrait. His latest work, however, applies its brush to a man who fashioned Lincoln in a different medium.

"Monument Man: The Life & Art of Daniel Chester French" (Princeton Architectural Press) is the first biography written by a non-family member of the Lincoln Memorial sculptor whose Stockbridge summer home and studio, Chesterwood, has become a historic destination.

Holzer began working on the book — commissioned by Chesterwood and the National Trust for Historic Preservation — about four years ago.

"This had to really be built from the ground up, and the place that I started were French's own papers," Holzer said. "The originals are all at Williams College in the Chapin Library, so we haunted the Chapin."

In Williamstown, Holzer pored over scrapbooks, diaries and bird-watching books. Newspaper reviews, letters and accounts of dedication ceremonies were also valuable sources for Holzer. The project represented a return to the visual focus of Holzer's early works, but it also felt like a new endeavor for the former chairman of the Abraham Lincoln Bicentennial Foundation and National Humanities Medal recipient.

"This is really the first cradle-to-grave biography I've ever written," Holzer said. "I've written so many pieces of Lincoln's life that I didn't really come to grips with that; it was an important bucket list thing to check off for me."

On Tuesday, Holzer will read at Bard College at Simon's Rock as part of a book launch beginning at 5:30 p.m. (free for students and faculty; $20 for Chesterwood members; $25 for non-members). In advance of the event, Holzer answered some questions about his favorite books. His responses have been edited for length.

Q. What are some of your favorite books about artists?

A. I realize it's controversial, but I like the recent book about Norman Rockwell ["American Mirror: The Life and Art of Norman Rockwell"] by someone I've known for a long time in New York [Deborah Solomon]. The [Rockwell] family doesn't like it, but it's got some brilliant stuff in it. As corny as it sounds, "The Agony and the Ecstasy" was pretty inspiring to me when I was a kid, when Irving Stone is palatable and exciting. So, I have to include it, although, I'm not particularly proud to because it's not very sophisticated.

Q. What are some of your favorite books about Lincoln?

A. The books by [late Lenox resident] Stefan Lorant were very influential to me from the time I was 11 or 12 years old. He wrote "Lincoln: A Picture Story of His Life," which sounds like a children's book, but it was in fact the first compilation of Lincoln photographs in chronological order. It reflected amazing research and also an economy of words, which I've never mastered, but I admire. The other book that influenced me and is still a favorite is Richard Nelson Current's "The Lincoln Nobody Knows." It was a book I read on a fifth-grade assignment that actually got me started with my interest in Abraham Lincoln.

Q. What are some of your favorite books about the Civil War?

A. James McPherson's "Battle Cry of Freedom" is an amazing, big book. It's also the go-to book I use when I'm checking a fact. If I'm making an assertion that's a little bit out of my comfort zone, I go back to McPherson and make sure I've got it right. "Lincoln and His Admirals" by Craig Symonds is a great recent book about the Civil War. I'll do one more; I would maybe even put in this in the Lincoln class because it's one of these entertaining books that's also a vital source. It's called "The Abraham Lincoln Encyclopedia" by Mark Neely Jr. ... [Holzer also mentioned E.B. Long's "The Civil War Day by Day."] It's entertaining, and it's also something I use as kind of a Bible to make sure I've got the right dates for everything and the right casualties and the right direction.

Q. What is your favorite book about a [U.S.] president other than Lincoln?

Q. What is your favorite campus novel?

A. Randall Jarrell's "Pictures from an Institution."

A. Currently on my nightstand are "Landfall," a novel about George W. Bush by Thomas Mallon, and everything about Woodrow Wilson because I'm writing about the Wilson period now in my new book, even though it's just a chapter. The book by Patricia [O'Toole] called "The Moralist," is absolutely terrific. There's always the odd murder mystery that I'm waiting to start. [Holzer mentioned the "Agatha Raisin" books by M.C. Beaton.] They sound ridiculous, and they are kind of ridiculous, but they're about a PR woman who becomes a detective in the Cotswolds in England. [By email, Holzer added, "Also on the night table (because I'm reviewing it) is the Civil War book 'Armies of Deliverance' by Elizabeth Varon.]