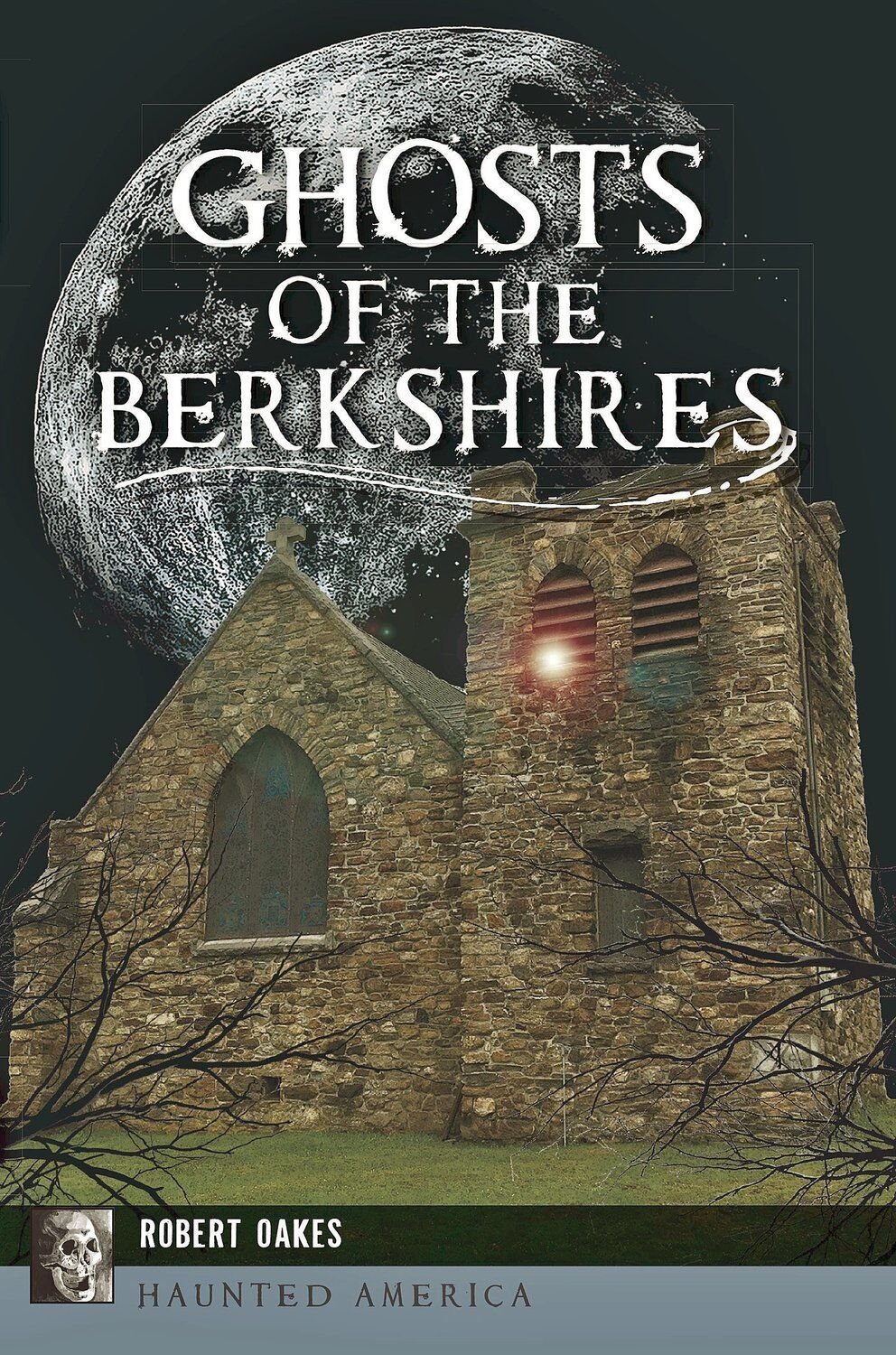 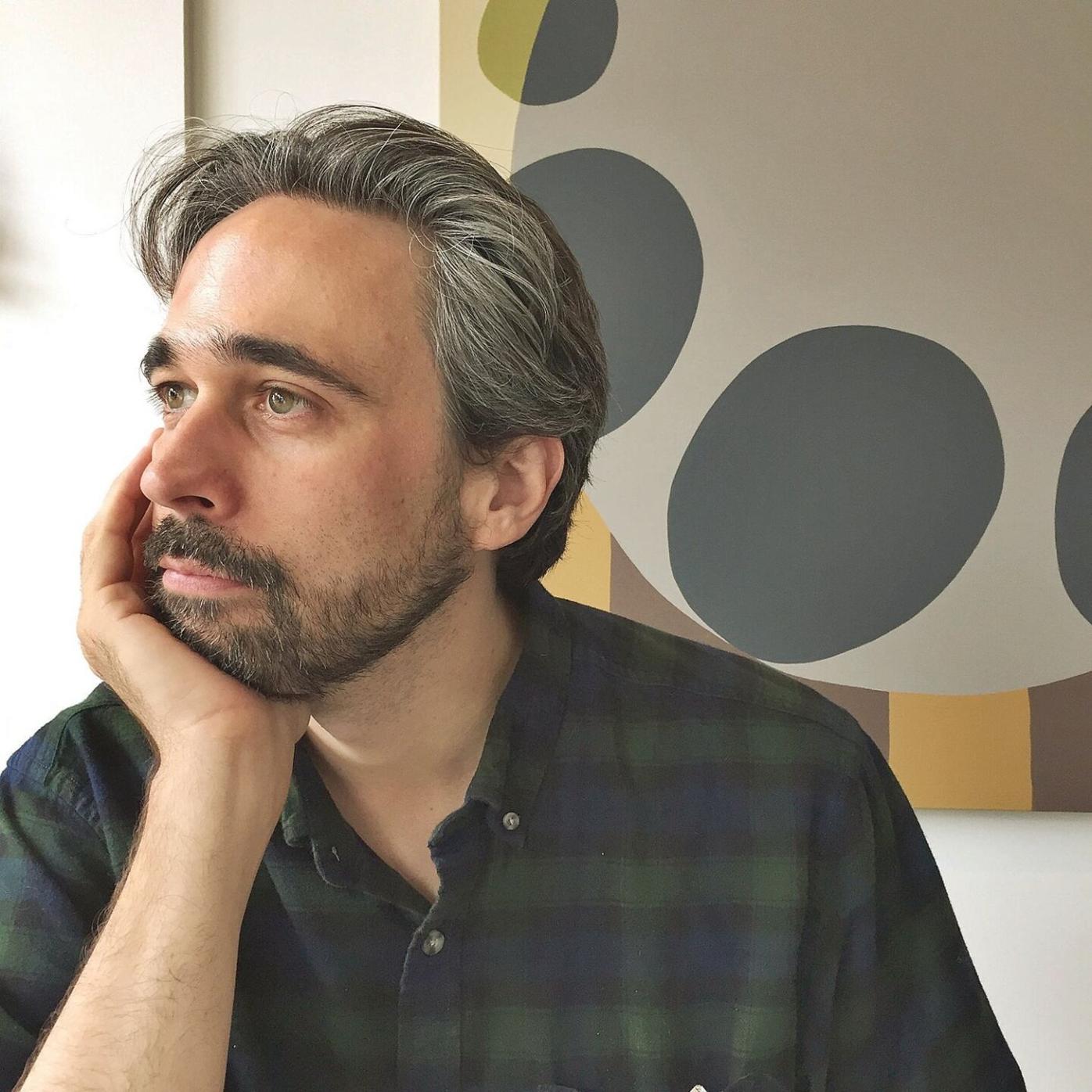 Robert Oakes knows how to tell a good ghost story.

Admittedly, he's had a lot of practice. For 10 years, Oakes has regaled The Mount's ghost tour groups with tales of eerie encounters — footsteps in empty hallways, taps on shoulders from unseen hands, spectral images in photographs — while leading them across moonlit lawns and down darkened hallways of Edith Wharton's Lenox estate.

Some of those ghostly experiences are included in his new book, "Ghosts of The Berkshires," available Sept. 21. The book can be purchased online through Amazon and Barnes & Noble and is expected to be available at local book stores in the near future.

"As one of the people collecting, telling, archiving and keeping the lore going at The Mount, it only seemed natural to branch out," Oakes said of the book during a recent phone interview. "I've always loved ghost stories and that kind of lore. But it really came about because of all the years of telling all of those stories at The Mount; the book project really grew out of that role."

Early on, he said, he knew he wanted to write a book that not only told the region's ghostly tales but also paid homage to its cultural and historical roots. He began by compiling a list of stories and began thinking about how to organize them.

"I wanted it to be very much in the spirit of the Berkshires," Oakes said. "I knew definitely that nature would be a section. There are tales associated with so many outdoor places — waterfalls, lakes and hills."

Also represented are tales associated with historic homes and Gilded Age mansions; inns and tourist attractions, and graveyards — a staple of New England hauntings and lore.

"I also wanted to have a section that focused on the cultural and spiritual communities that have always been here — Tanglewood and the Shakers," Oakes said.

The ghostly sightings at Tanglewood include two reported encounters by former Boston Symphony Orchestra conductor Leonard Bernstein. One encounter took place in Highwood Manor, one of three houses on the grounds of Tanglewood, while the other took place during a summer concert. Bernstein, it's said, saw the ghost of his predecessor, longtime BSO conductor and Tanglewood founder Serge Koussevitzky walking across the back of the stage.

"Bernstein seemed to be in touch with something very powerful from other side, from what I've been told," Oakes said.

He began researching stories he already knew about, or had heard of, seeking out past records, including Willard Douglas Coxey's book,"Ghosts of Old Berkshire," and Joe Durwin's blog, "These Mysterious Hills."

"Coxey's book was very helpful to me. I know at least two of the stories in his book, about Pontoosuc and Bash Bish Falls, existed before his book," Oakes said. "And as far as I know, his book is first telling of the Hessian soldier who haunted Egremont. He's a great storyteller. In that story, you get the sense of these characters, these guys, hanging out at the local store, arguing about whether or not a ghost is out there, going out into the night and scaring themselves silly."

He dug up old newspaper articles, going back to the 1800s, and learned of new stories from people who had heard that he was writing a book and were excited to share their own stories.

"A big part of what was so much fun for me was being able to uncover how many stories there are out there. When I started, I had a good sense that there were plenty out there, but as I was working and researching, I learned about so many more," he said. "It was important to me to make the history as accurate as possible, then get as many variations of the story as I could, at least for my own reference."

And he learned a lot about the region's history, something he strove to accurately reflect in his writing, whether it be about the cultural and spiritual practices of the Mohicans or the construction of the Hoosac Tunnel.

"Before I started writing this book, I had no idea there was a Mohican burial ground in Stockbridge. As I was reading, I found a mention of this burial ground, in a particular part of Main Street. Once I saw it, I wondered how did I ever miss this stone monument ... I was really glad to find it. It's such an important part of our history, as it reminds us that the Mohican people were here long before any European settlers were here," he said.

To celebrate the book's launch, The Mount is hosting an online reading and conversation with Oakes, 4 to 5 p.m., Sept. 21. The event is free, but registration is required to participate.

And while in-person ghost tours at The Mount aren't possible at this time, due to COVID-19, Oakes said they're still taking place, virtually. The tours are being livestreamed 8 p.m., Fridays through Oct. 30.

"During the in-person tours, there are places I can talk about, but can't take people into. With the virtual tours, I'm able to not only tell you about those places, but I can show you them too," he said.

Registration and ticket information is available at edithwharton.org.

Ahead of his online conversation, Oakes took time out of his daily schedule to answer a few questions about his favorite books:

Q. Your bibliography is full of books, newspaper articles and periodicals that you used to research this book. What are a few of your favorite books that deal with ghost or otherworldly hauntings/encounters?

A. Willard Douglas Coxey's "Ghosts of Old Berkshire" is right at the top of the list for me. Not only do I love the way he tells the stories, but also because it's a great repository of some of the old tales. His book was super helpful. And then, a number of others, like "Spooky New England: Tales of Hauntings, Strange Happenings and Other Local Lore," "Berkshire Ghosts: Legends and Lore" by E. Ashley Rooney, and "Ghosthunting Southern New England" by Andrew Lake, were books where I was able to find different versions of some of the stories; everyone tells [a ghost story] a little bit differently. I love the way Joseph Citro, author of "Passing Strange: True Tales of New England Hauntings and Horror," tells a story; I like his style.

Q. What are a few of your favorite local history books that you used when doing your research?

A. All of [Cornelia] "Nini" Gilder's books were helpful, of course. Early on, I read a couple of books by Shirley Dunn, ["The Mohican World" and "The Mohicans and Their Land"]. She's from New York state and wrote about the Mohicans and early Native American history. I wanted to know more about the Mohicans, about the early history of this area, even if I wasn't going to use it, I wanted to know what was going on here, in the Berkshires, back then. Louise Elliott's "Two Hundred Years: The History of the town of Washington, Massachusetts" and Bernie Drews' "Henry Knox and the Revolutionary War Trail in Western Massachusetts" were helpful, as well as works by Godfrey Greylock and Joseph E. A. Smith.

Q. Do you have a favorite fictional ghost story?

A. I've been digging into certain writers who are well known for their ghost stories, such as M.R. James and J. Sheridan Le Fanu, who left quite an impression on Edith Wharton. I'd have to say my favorite M.R. James story is "Oh, Whistle, and I'll Come to You, My Lad." Most of his stories are based on the western coast of England and a lot of them involve an intellectual, antiquarian who uncovers something best left covered; something the character can't wrap his mind around. I love that combination of what happens when the rational mind interacts with something it can't understand, like a ghost. In his story, "The Mezzotint," there's something living in the painting; it changes every time he looks at it. The story, "The Willows," by Algernon Blackwood, my God, when I read it, I had to stop reading it from time to time as it kept freaking me out.

Q. What is your favorite novel set in the Berkshires?

A. The first one set in the Berkshires that comes to mind is "Ethan Frome." It's sort of a fictionalized Berkshires, but it seems very much that Edith Wharton was writing about the Berkshires. It's just a devastatingly good book and the descriptions of the environment are so beautiful. Wharton was so good at writing what she saw, what she observed. Recently I read, Nathaniel Hawthorne's Greek myth retellings, "A Wonder-Book for Girls and Boys" and "Tanglewood Tales." In both, the storyteller references all these places in the Berkshires that are recognizable, Monument Mountain and Tanglewood [a house in the Berkshires]. It's kind of cool to read a book like one of theirs and say, 'I live there. I know that place.'

Q. What's the last thing you read that you simply couldn't put down?

A. I'd have to say it was work I was reading for a school program; an independent study on a poet named John G. Neihardt. He's best known for co-authoring "Black Elk Speaks: Being the Life Story of a Holy Man of the Oglala Sioux," but he wrote two autobiographies, "All Is But a Beginning" and "Patterns and Coincidences." Neihardt turned out to be a really fascinating character. He wrote about his own life with this real sense of wonder, while being guided by this strong sense of spirit. He wrote in this way that is very impressionistic way, where he's writing about an event that happened in one period of his life but then, he's suddenly in another period; he's making these connections between the past and present. Of course, he wrote these at the end of his life. He lived a very long life, into his 90s. He had a very strong sense of spirit and connection to the other side. It's interesting to watch him write about his own life experiences and connect all of them. I didn't know about Niehardt until this and then I became very much immersed in his life story and his works.

A. The book on my nightstand, that I'm now mid-reread, is "The Outsiders." I do home-school teaching for middle school-age students. "The Outsiders" is one of those books that I teach that is worthy of rereading. So, I'm rereading it to get it fresh in my head. I love that it was was written by such a young author [S.E. Hinton], who was in high school at the time. It has so much depth to it. It's really wonderful.