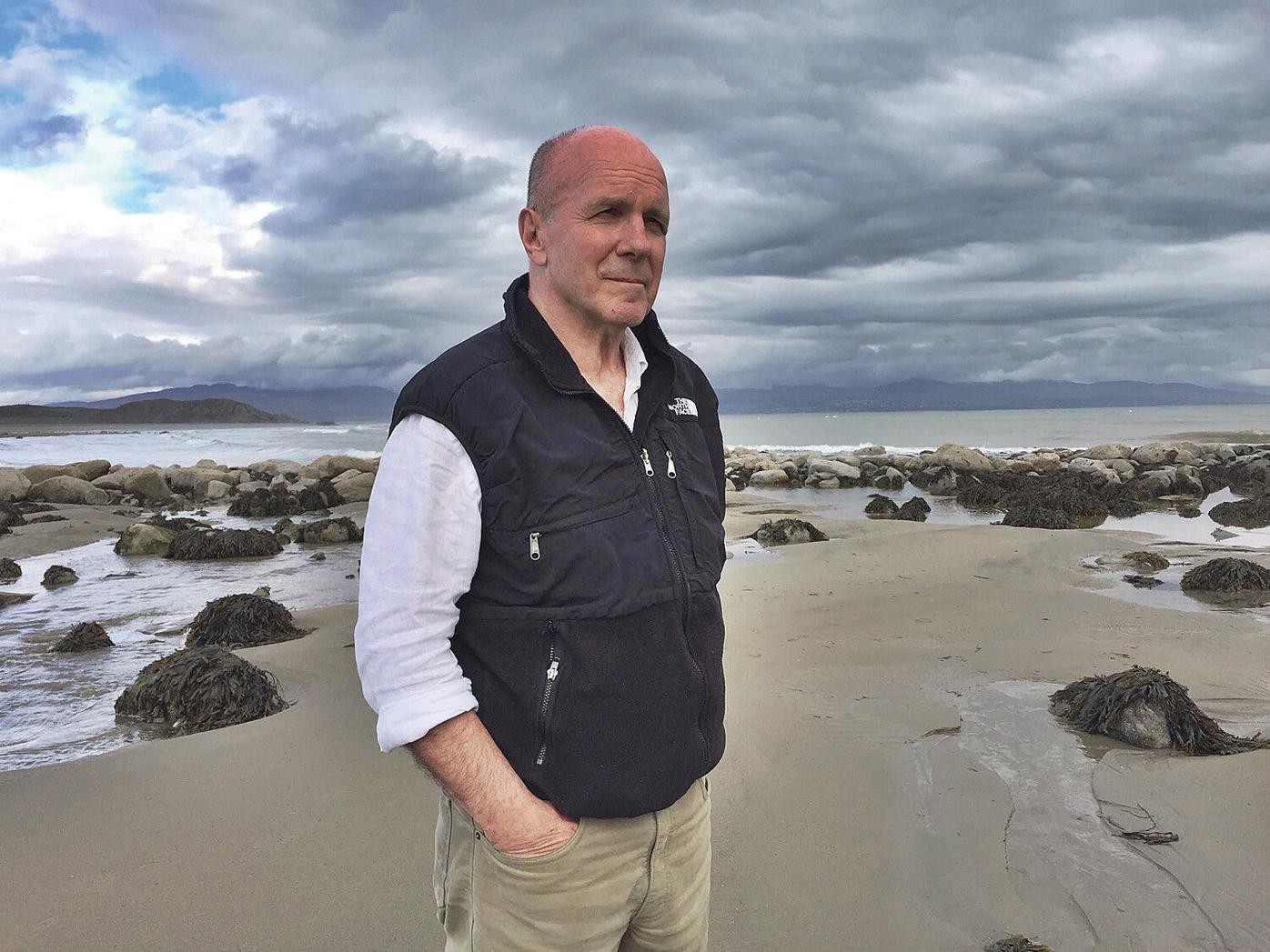 Author, journalist and traveler Simon Winchester  will discuss his new book, "Land: How the Hunger for Ownership Shaped the Modern World," at 10 a.m. Saturday, June 19, at the Bidwell House Museum in Monterey. 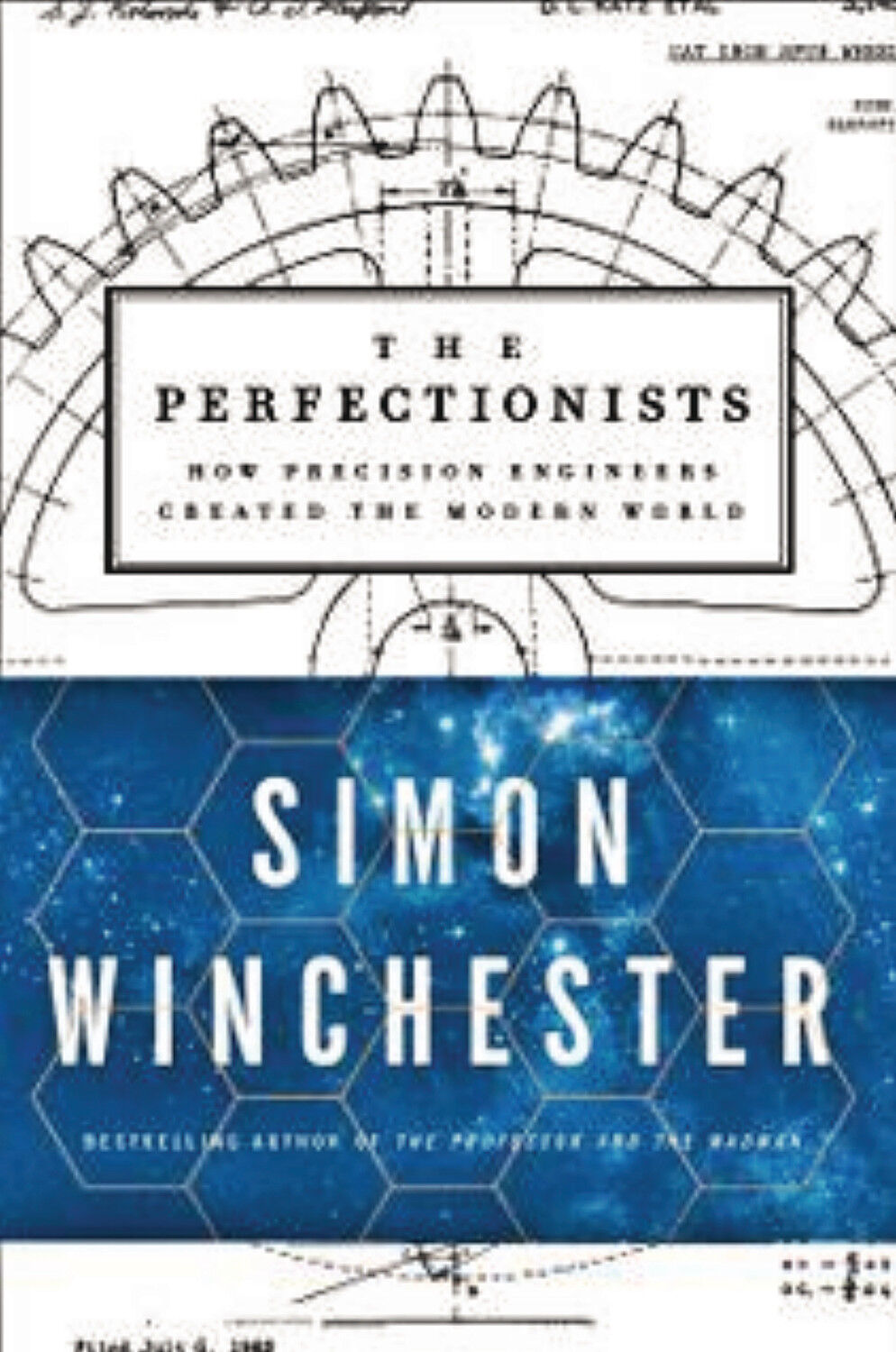 Author, journalist and traveler Simon Winchester  will discuss his new book, "Land: How the Hunger for Ownership Shaped the Modern World," at 10 a.m. Saturday, June 19, at the Bidwell House Museum in Monterey.

Sandisfield resident Simon Winchester has had the "New York Times best-selling author" label attached to him since publishing "The Professor and the Madman" (alternatively known as "The Surgeon of Crowthorne") in 1998. The book, which focuses on an American's contribution to the Oxford English Dictionary's creation, has sold millions of copies and is the inspiration for a yet-to-be-made film starring Sean Penn and Mel Gibson.

But Winchester can boast about a different title these days, if he so chooses: He is Sandisfield's town moderator. He was reelected this May after running unopposed.

"I'm enormously proud," Winchester says. "I got 192 votes, I think, which, for Sandisfield, is pretty good going."

The London native made a pit stop in the county to oversee Sandisfield's annual town meeting earlier this month before resuming a book tour. He's currently promoting "The Perfectionists" ($29.99, HarperCollins), which was published on May 8. The book examines precision's effect on technology dating back to before the Industrial Revolution. For example, James Watt's steam engine required John Wilkinson's cylinder-boring expertise to truly run effectively.

"'The Perfectionists' succeeds resoundingly in making us think more deeply about the everyday objects we take for granted," Roma Agrawal writes in a review for The New York Times. "It challenges us to reflect on our progress as humans and what has made it possible."

Winchester answered questions by phone in advance of an appearance at The Bookstore in Lenox on Friday, June 1 (5:30-7 p.m.). The interview has been edited for length.

What were some of the best books your read about precision for "The Perfectionists"?

A lot of things — the entire writings of Lewis Mumford, for instance, who lived down in Amenia, [N.Y.] ... He sort of put it all in perspective of how important machines are in our lives. I liked the Robert Lacey biography of Henry Ford ["Ford: The Men and the Machine"]. There are a variety of technical books, books by a chap called Roger Quinn ... on the concept of measurement, metrology. And then Moore Tool Company, which is just south of Torrington, they produced a book on accuracy and precision engineering ["Foundations of Mechanical Accuracy" by Wayne R. Moore]. I think the problem is that there's not much romantic stuff written about precision engineering or even engineering generally. I had to come to it peripherally through descriptions of ships and storms, and submarines and space flight — a lot on space flight. There are books about how the Hubble [Space Telescope] was rescued and how it was repaired after that terrible snafu in the mid-1990s. So, books on precision ... I think that's quite honestly why I wrote ["The Perfectionists] because there isn't one.

I think of all the big definitive ones, it would be "The Search for Modern China" [by Jonathan D. Spence]. ... That's one of the best. There's an awful lot of very indifferent stuff written about China, but I think actually the most important book is a slightly obscure book ["The Collision of Two Civilizations"] written by a Frenchman called Alain Peyrefitte. ... It's about the 1792 Macartney expedition [a British diplomatic trip to China]. ... Basically, George III was so ticked off at losing America, he said, well, we better make friends with the Chinese now, and sent this expedition, three big ships, laden with the best that Britain could produce to give to the Chinese emperor. And he treated us with total disdain. They just kowtowed to him, you know, bow nine times with your forehead on the floor. He didn't want any of our gifts because he thought the things that we made in Britain were very primitive compared to the things the Chinese made at home. So, the whole expedition was a fiasco and made us, in Britain, very, very angry. But it is brilliantly chronicled by this man Alain Peyrefitte.

There's a book by a man called [Erik] Durschmied on the impact of weather on battles ["The Weather Factor"]. And I've always liked that because that was the one that instructed me on why Napoleon's retreat from Moscow was such a shamble because it was so cold that the tin buttons, [on the] uniforms the soldiers wore, turned into an allotrope of tin. ... The temperature became so cold that all their buttons turned to powder, and they fell off. It meant that they couldn't hold their rifles and hold up their trousers at the same time. That always struck me as an interesting aspect of meteorology and mortality.

"Scoop" by Evelyn Waugh. It's the best novel about journalism ever written.

What's your favorite book about the Berkshires?

Good question, a book about the Berkshires ... I don't know. I'm not going to say "Ethan Frome" even though that was supposed to be set in Sandisfield, some people say. I thought that was such a wretched and miserable book. And I'm not, I know it is a heresy to say so, but I'm not much of an Edith Wharton fan, so I think I'm going to have to pass on that question.

Which of your favorite books would surprise your friends?

My absolute number one favorite of all books is "Life: A User's Manual" by Georges Perec. I think that anyone that hasn't read or hasn't heard of that book would think to choose that as one's favorite is weird. But anyone who then does read it gets it in a flash because it is the most extraordinary book, in my view, ever written, or at least ever written in modern times. That remains my favorite, and I'm steadfast in my loyalty to this book.

Where's your favorite place to get lost in a book in the Berkshires?

Probably in the woods [near his house]. I have a very small farm compared to a lot of other people, but there's 70-odd acres of woods. In fact, I've brought a chair deep into the forest. Because my wife's Japanese, the concept of forest bathing is important to me, where you lose yourself in the forest and just listen to the animals and the birds and the creaking of the trees, so I took a chair deep into the forest beside a little tiny stream, a little rivulet.

Since I'm, at the moment, in Seattle, it's a little difficult to tell. ... The first one is called ["Owning the Earth"] by a chap called Andro Linklater, and the other is [a collection of stories and poems by Rudyard Kipling]. I would have that there anyway because I absolutely adore Kipling, but there's a practical reason in that I got to lead a reading group in [New York City] in early July, and the book we have chosen that all 150 people will read is [this one]. So, I'm doing my homework, as it were.