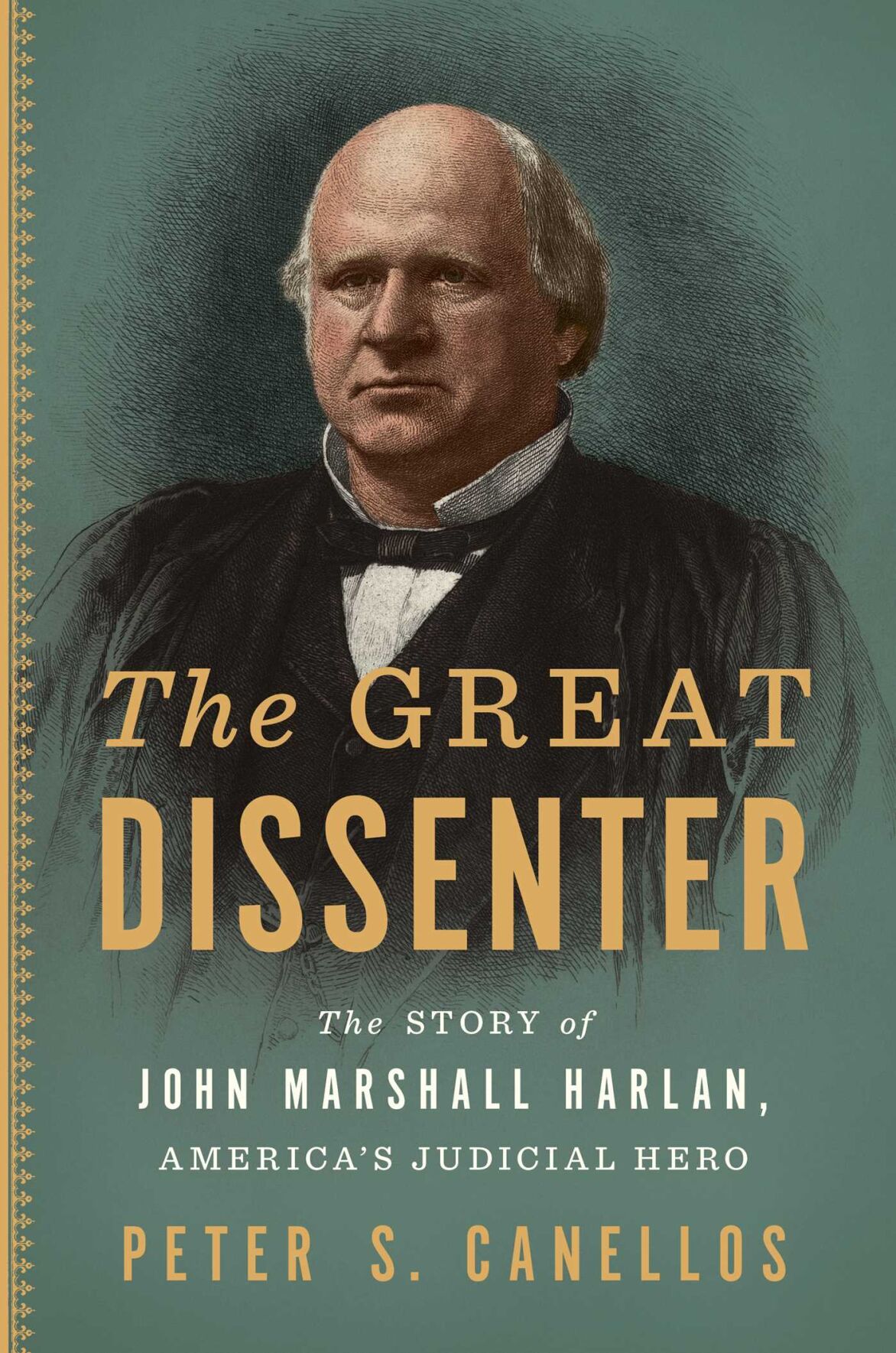 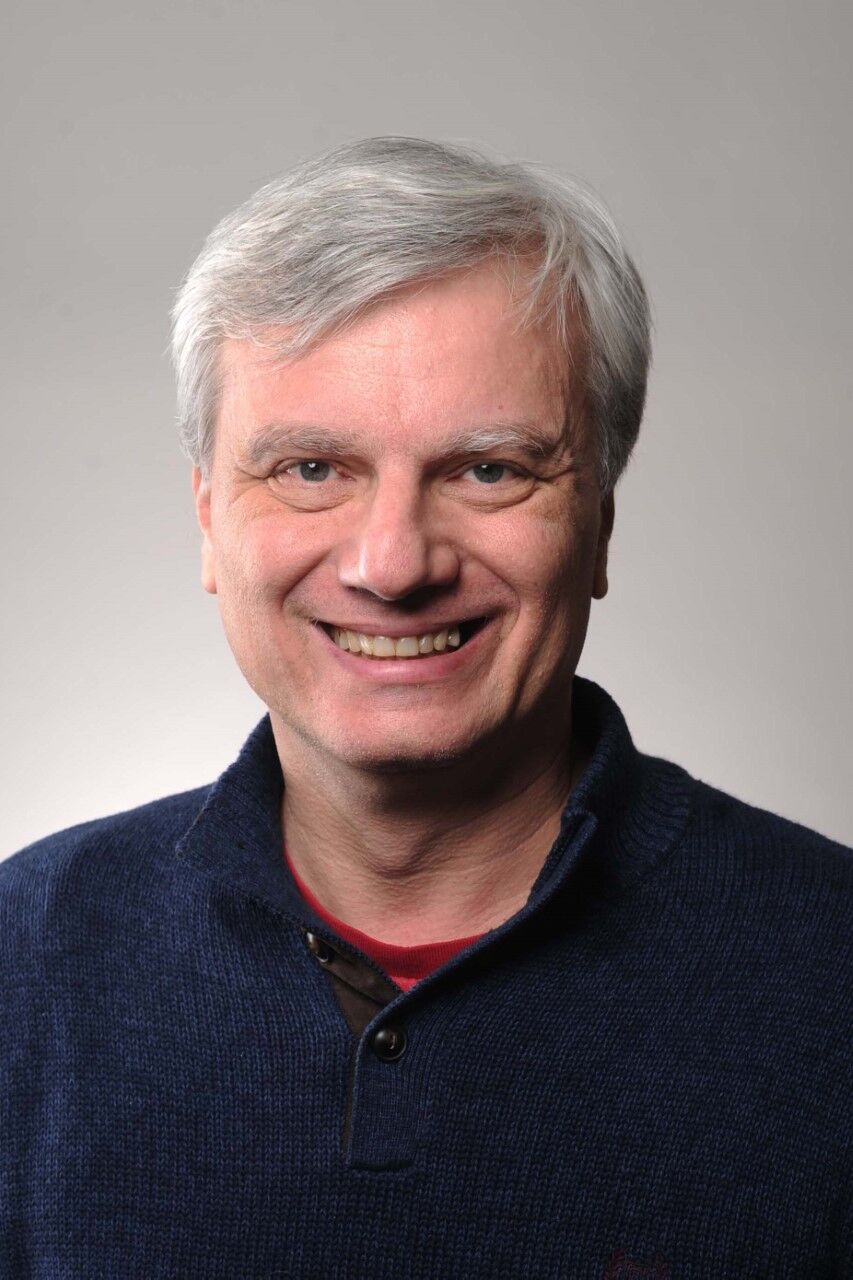 GREAT BARRINGTON — John Marshall Harlan was a U.S. Supreme Court associate justice who stood on the right side of history but on the losing side of decisions that badly wounded the nation he loved.

From 1877 to 1911, Harlan was a lonely voice on the nation’s highest court arguing for disenfranchised African Americans and the economically disadvantaged. His victories came posthumously through the impact on future courts of his fiery and courageous dissents.

“The Great Dissenter: The Story of John Marshall Harlan, America’s Judicial Hero,” by Peter S. Canellos, chronicles Harlan’s extraordinary life and the powerful dissents that resonate today. Not incidentally, the book also tells the parallel story of John’s likely half-brother Robert Harlan, the son of an enslaved woman whose struggles and successes surely influenced John in his perspective and decisions on racial issues.

In an interview, Canellos, the former editorial page editor and Washington bureau chief of the Boston Globe, the current managing editor for enterprise at Politico, and a part-time resident of Great Barrington, said he first encountered Harlan and his dissents that “leapt off the page” while in law school.

“How could everyone get everything so wrong that Harlan got so right was a question that occurred to me in my 20s,” said Canellos.

Harlan’s father, James, named John after Supreme Court justice John Marshall, seemingly ticketing his son to the Court. The path took the young Kentuckian through the Civil War, where he served impressively as a Union officer. The son of a slave owner, John Harlan was not an abolitionist but like Justice Marshall, he was a Constitutionalist dedicated to the preservation of the union.

A political career followed the war, including four years as Kentucky attorney general, before he reached the U.S. Supreme Court. While there, the Court majority cemented the economic inequities of the Gilded Age and the racism born of Reconstruction, wrote Canellos, with Harlan regularly alone in his dissents.

In what are known as the Civil Rights Cases of 1883, Harlan argued in his dissents that African Americans freed from slavery were guaranteed equal rights under the law. In Plessy v. Ferguson, which institutionalized the concepts of “separate but equal” and white supremacy, Harlan wrote that “Our Constitution is color-blind and neither knows nor tolerates classes among citizens.”

To Black Americans, said Canellos in the interview, Harlan was the only prominent white American “who saw things through the eyes of Black people.” His death in 1911 was mourned by the black community, wrote Canellos.

That Harlan was so more enlightened than his fellow white justices could be attributed in part, said Canellos, to the influence of his brother Robert, who “provided a link between personal experience and the law,” and was living proof for John of the fallacy of Black inferiority.

Canellos said he wanted his book to be “a good tale,” and Robert, who was likely if not certainly the son of James Marshall, assures it. A self-made man in a period of virulent racism, Robert earned a fortune in the Gold Rush selling supplies to prospectors. A gambler with an insight into horses since his youth, he invested in race horses and brought his stable to England to compete with top owners and thoroughbreds. He later became a civil rights leader.

“Robert had this innate sense of where opportunities were for African Americans in places where racism had not taken root, like Europe and the West,” said Canellos. While John was dissenting against cruel post-Civil War decisions, added Canellos, Robert was demonstrating the cost of those decisions and the extraordinary effort needed to surmount them.

With the assistance of tech-savvy researchers, Canellos used now-digitized Black newspapers of the era to assess the impact of Justice Harlan’s dissents. While mainstream papers focused on the majority opinion of decisions, the African American newspapers, said Canellos, “not only recorded Harlan’s dissents for posterity, his dissents were discussed, celebrated, chewed over and editorialized upon.”

Justice Harlan’s dissents “contained the seeds of change,” said Canellos, and were celebrated by future Courts that during the civil rights era overturned many shameful decisions. Canellos pointed out that those courts often quoted from Harlan’s eloquent, impassioned dissents in restoring Constitutional rights to Black Americans.

“Harlan wrote about the impact court decisions would have on average people on the ground,” said Canellos. “He saw everything so differently, and a hundred years later we see that he was right.”

Open Book with Robert McMaster, author of 'All the Light Here Comes from Above: The Life and Legacy of Edward Hitchcock'

Recently, Robert McMaster, of Williamsburg, a retired biology professor at Holyoke Community College published "All the Light Here Comes from Above: The Life and Legacy of Edward Hitchcock," a biography that traces Hitchcock's rise from poverty in Deerfield, where he was born in 1793, through the end of his life, much of which was spent trying to reconcile his faith with science.

GREAT BARRINGTON — Dan Tawczynski, a farmer since 1950, a published book author as of June 1, wants to talk about the green mist.

From 1870 to 1911, the Standard Oil Company and Trust controlled almost all oil production, processing, marketing, and transportation in the c…