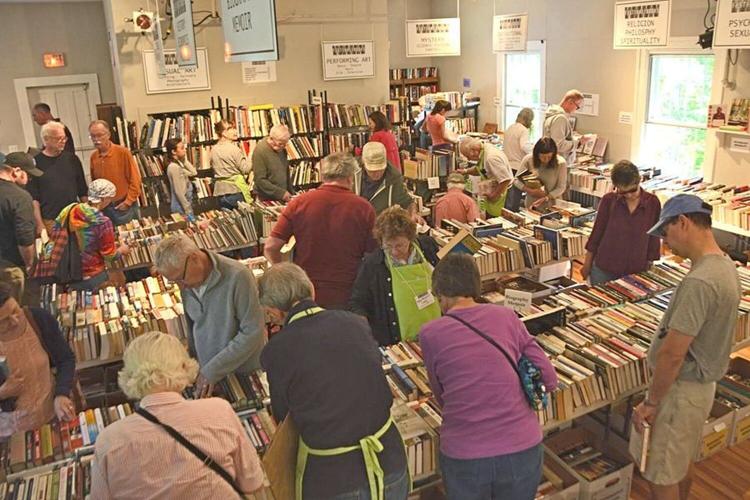 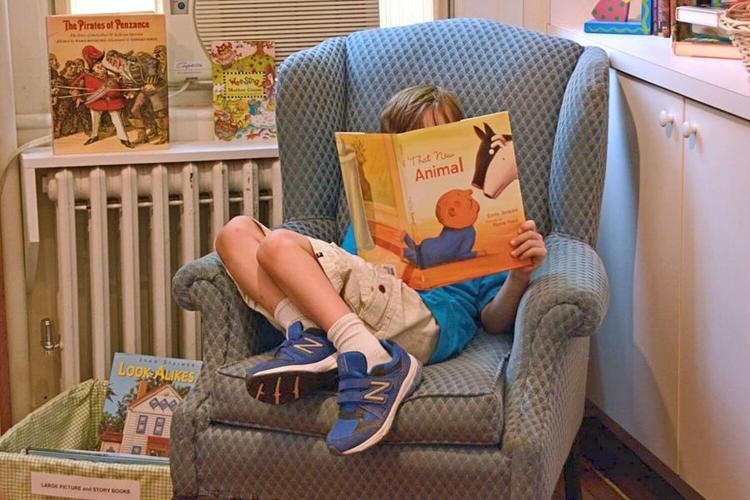 Little readers can enjoy their own space at the festival on Saturday morning, from 9:30 to 11:15 a.m. 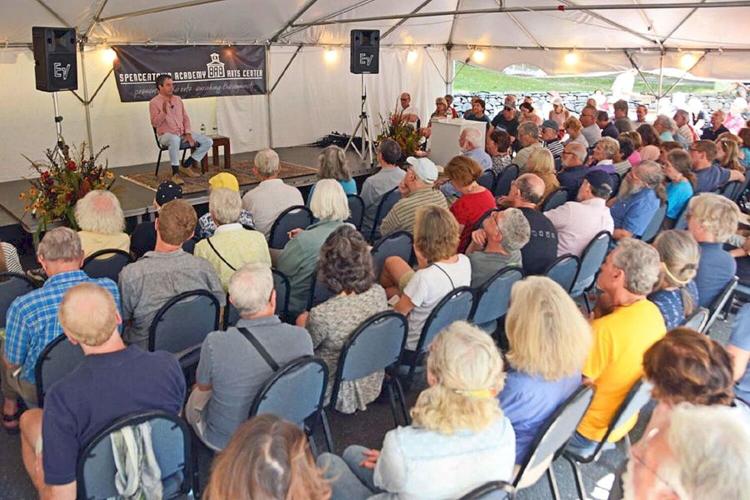 Author discussions are part of the three-day festival.

Little readers can enjoy their own space at the festival on Saturday morning, from 9:30 to 11:15 a.m.

Author discussions are part of the three-day festival.

SPENCERTOWN, N.Y. — With more than 10,000 offerings in dozens of genres, the used book sale at the Spencertown Academy Arts Center's annual Festival of Books fundraiser has become a destination for the region's lit-lovers.

"This is the best book sale around," festival co-chair Jill Kalotay said that attendees have often told her.

Kalotay isn't necessarily making that claim, but she isn't discouraging it, either.

The sale technically begins Friday, Aug. 31, with a members' preview book-buying event, 1 to 8 p.m., inside the Spencertown Academy Arts Center. It is open to all beginning at 10 a.m. Saturday, Sept. 1, and continues through 2 p.m. Monday, Sept. 3, the festival's conclusion. The center collected books during a roughly six-week period beginning in July. A team of volunteers has been curating them since that time.

"Every book gets handled, cleaned, checked over for markings and dirt," Kalotay said.

But strong bindings aren't the only forms of support at the festival, which started in 2006 and raises money for the center's arts programs. Its board has placed an emphasis on providing platforms for writers "of all ilk" to share their stories, according to Kalotay.

"We think it's important for writers to stand up and be heard," she said.

On Saturday, Sept. 1, and Sunday, Sept. 2, at the festival, authors from a variety of different genres will read from and discuss their works, including a couple of budding young scribes with Berkshires ties. Two Monument Mountain Regional High School rising seniors will open Saturday's readings after winning first-place prizes in this year's Festival of Books Young Writers' Contest. Noah Goble triumphed in the fiction category, and Claudia Maurino took top honors in nonfiction. Monument Mountain and Hudson High School in Hudson, N.Y., swept the top three spots in each category. About 30 other schools were contacted to participate, according to contest coordinator and center board member Kelly Kynion.

Both Goble and Maurino were students in an Advanced Placement class taught by Lisken Van Pelt Dus this past year. She encouraged her students to apply to the festival's contest, which is open to students through grade 12 in Berkshire County, as well as New York's Columbia and Greene counties.

"It didn't seem like it at the time, but she was very helpful. My style of writing is one that needs to be reined in," Goble said of Dus, noting that Dus stresses clarity and concision.

The 17-year-old Great Barrington resident wrote a science fiction short story, "Dreamer," about a world in which machinery can control dreams. The protagonist gets trapped in one, raising questions about our current technological proliferation and its pros and cons.

"We have such a complicated and interesting relationship with technology," Goble said of why he enjoys writing sci-fi.

The work exemplifies his interests in computer science, philosophy and creative writing, all of which he hopes to study in college one day. He cited Kurt Vonnegut Jr., Orson Scott Card and William Gibson as some of his favorite authors. He wishes he had more time to read, though.

When reached by phone on Monday, Maurino said she was surrounded by books scattered across her bedroom floor — among others, a Mary Oliver anthology, "Mrs. Dalloway," "To The Lighthouse," and "King Lear." As someone who enjoys both writing and theater, Maurino has long appreciated Shakespeare. But her inspiration as a writer also comes from a closer source: her late grandmother, Anne Harrison, who inspired her to pen poetry. In "Loss," Maurino explores the ubiquity of loss while also honing in on memories of Harrison, who died in September 2017. Maurino is looking forward to sharing these anecdotes with festival-goers.

Kalotay started the contest several years ago as a means to fulfill the festival's "all things literary" motto. Composition was missing in the past, and Kalotay felt that students could use more opportunities to express themselves in prose pieces that aren't standard academic essays.

"Creative writing is something that's maybe neglected a little bit [in schools]," she said.

Those attending the festival will receive an education in memoir when Linda Dahl and Donna Kaz share their experiences with sexism in different arenas beginning at 12:30 p.m. Saturday, Sept. 1. Dahl, the author of "Tooth and Nail: The Making of a Female Fight Doctor," writes about her career as a surgeon and spending nights as a ringside doctor at boxing matches. Kaz ("UN/MASKED: Memoirs of a Guerrilla Girl on Tour") survived domestic abuse and later became a member of the Guerrilla Girls, a feminist activist artists group.

On Sunday, Sept. 2, Sandy Allen delves into topics of mental health and normalcy in the U.S. by discussing "A Kind of Mirraculas Paradise: A True Story about Schizophrenia" beginning at noon. Area poets Karen Schoemer and Carol Durant share their verses starting at 1:30 p.m., and Hudson Valley's Jon Michael Varese will talk about his debut novel, "The Spirit Photographer," at 3 p.m.

Throughout the weekend, authors will sign their books. Snacks (such as a ballyhooed vegetarian chili) and beverages are available for purchase, and a children's program will run from 9:30-11:15 a.m. Saturday. (The Children's Book Room will be open all weekend.)

Kalotay can appreciate young readers' passion for literature. When her daughter, Daphne, was 3, she announced that she wanted to be a writer. Kalotay promised Daphne that she would help her pursue her dream; Daphne has since participated in festivals and is now a published novelist. Today, Kalotay feels an obligation to boost others' literary dreams. The festival is a prime setting to do so.

"This kind of fits into that mandate," she said.