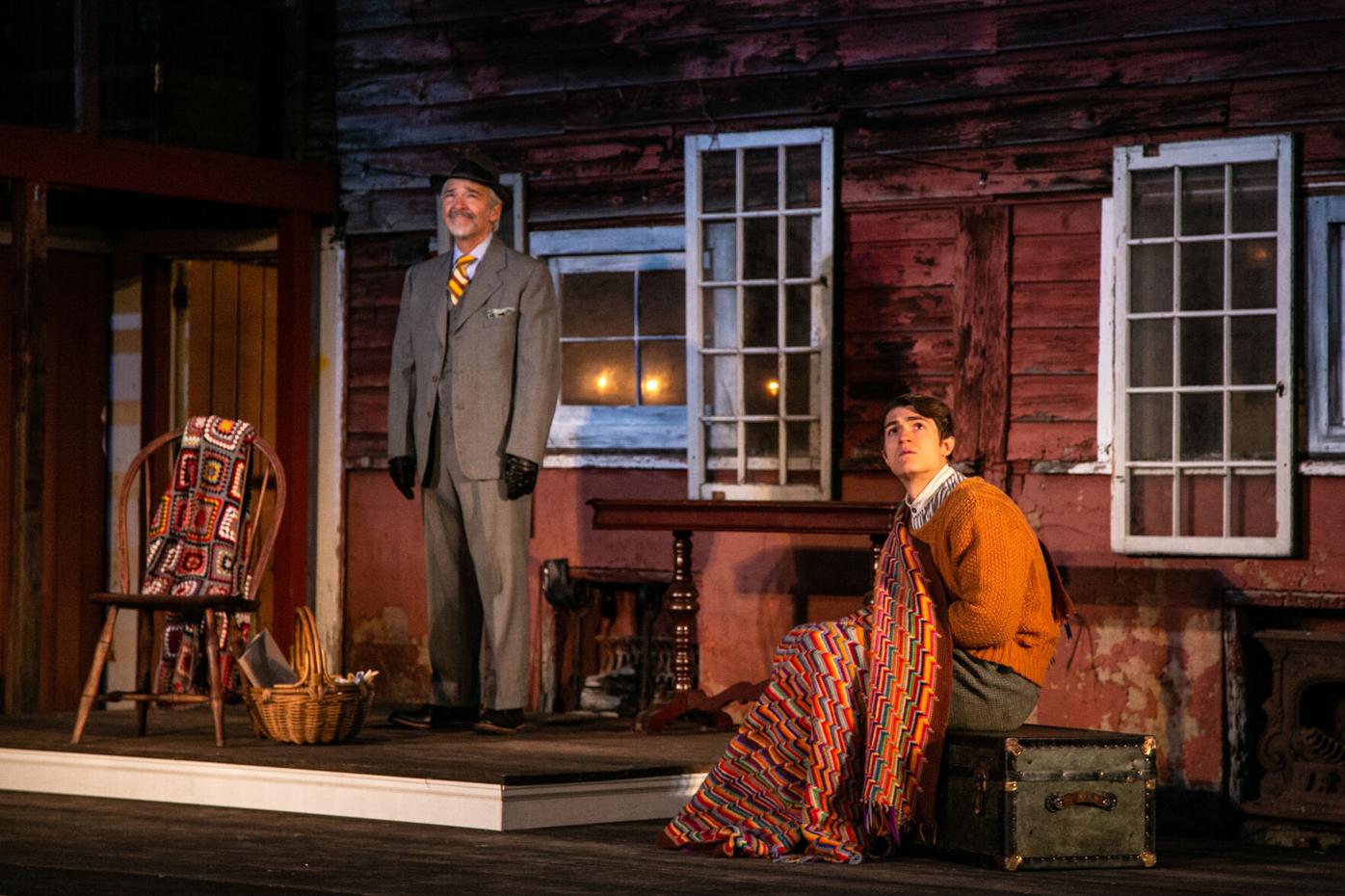 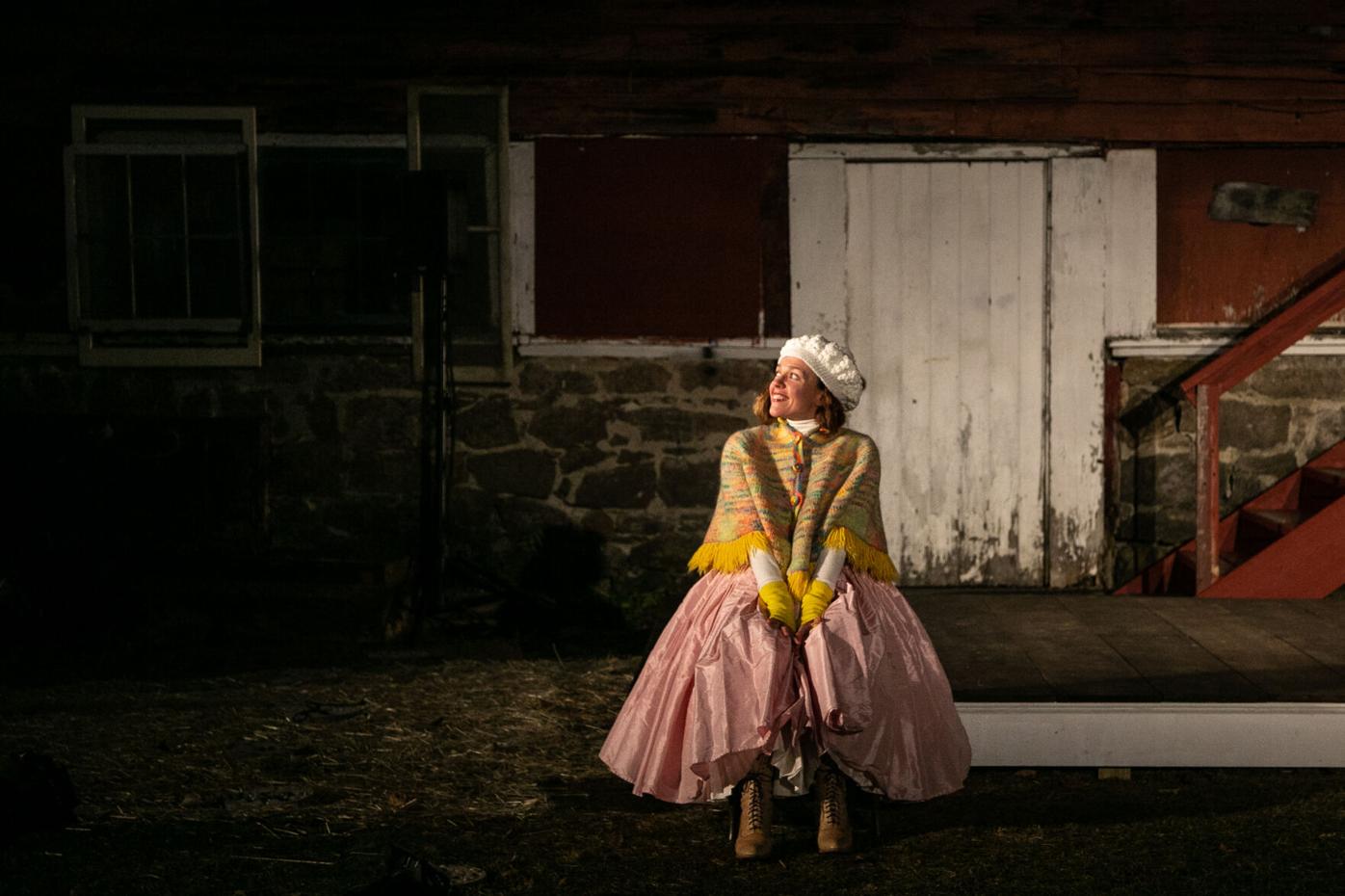 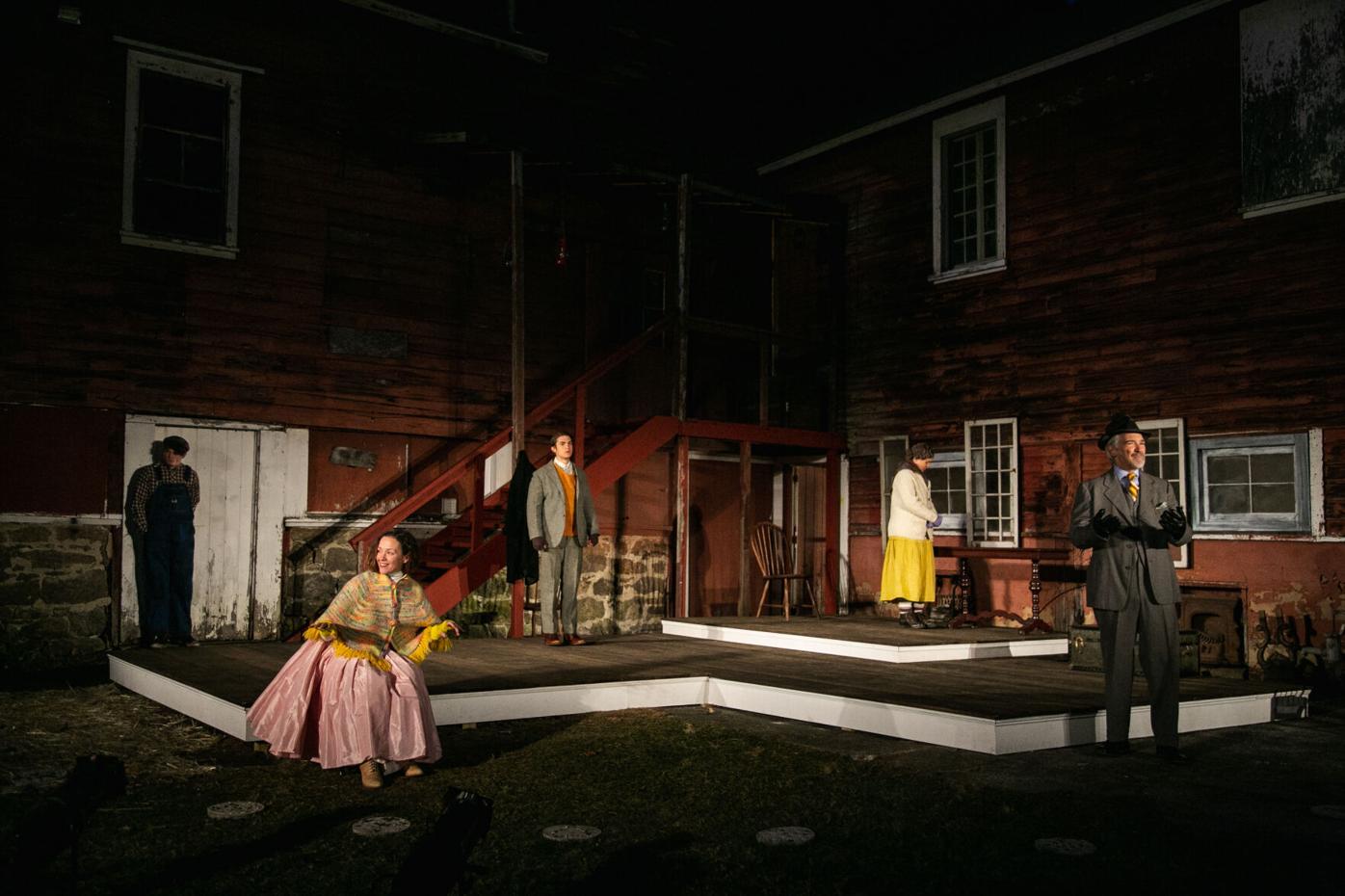 “Holiday Memories” runs Friday and Saturday evenings at 6:30 and Saturday and Sunday afternoons at 3 through Dec. 20 on an outdoor stage at Berkshire Theatre Group’s Unicorn Theatre.

“Holiday Memories” runs Friday and Saturday evenings at 6:30 and Saturday and Sunday afternoons at 3 through Dec. 20 on an outdoor stage at Berkshire Theatre Group’s Unicorn Theatre.

STOCKBRIDGE — Eric Hill’s stage adaptation of Charles Dickens’ “A Christmas Carol” has been creating winter holiday memories for theatergoing families each year since it bowed at Berkshire Theatre Group’s Unicorn Theatre in 2006.

In 2011, “A Christmas Carol” moved up the road to BTG’s Colonial Theatre in Pittsfield, where it has made itself at home — until now.

In this period of the coronavirus pandemic, the Colonial Theatre has shut down, as have theaters all across the country.

“We are in the business of producing theater,” BTG’s artistic director and CEO Kate Maguire said by phone. “We began thinking about what we could do. This holiday time is a time of telling stories. And we are fortunate to have two campuses [one in Stockbridge; the other in Pittsfield] with unique playing spaces.”

Among those spaces is an outdoor courtyard at the Unicorn Theatre, not visible from Route 7.

It’s a perfect setting for ”Holiday Memories,” two short stories by Truman Capote that have been adapted for the stage by Russell Vandenbroucke.

“Yes, we’re going to be outside,” Maguire said, “but we’re Berkshirites and we love adventure, so come have an adventure.”

Maguire and Hill are advising audience members to dress warmly and bring blankets. There will be tall standing heaters at various locations. “I think people will feel and be quite comfortable,” Hill said in a conference call.

“I think we’ll be in good shape as far as weather is concerned.”

Each of the play’s two acts runs roughly 30 minutes. The barn will be open for warm drinks and seasonal treats during intermission.

All the local- and state-mandated and federal-recommended health protocols and safety procedures BTG employed for its summer production of “Godspell” will be in place here.

Seating is by advance reservations only. Temperature scans and contactless ticket scanning will be done at a patron’s point of entry. Patrons will be required to wear masks. One-way traffic patterns will be enforced. There also will be free-standing hand sanitizer stations at various locations throughout the area.

Seating capacity will be held to a maximum of 50. Maguire said the show runs approximately 90 minutes, so theatergoers should be home well before Gov. Charlie Baker’s 10 p.m. “curfew.”

“We will be operating in a safety conscious way,” Maguire said. “We are mindful of the challenges.”

Give the circumstances of COVID-19, “we just felt we couldn’t do ‘Christmas Carol,’” said Hill, who is directing “Holiday Memories.” It’s a marked change of pace for the man who has spent each holiday season since 2006 onstage as Ebenezer Scrooge.

Hill has gone from heading a cast of approximately 50 people of all ages and stage experiences in “A Christmas Carol” to directing a five-member ensemble of veteran actors that includes David Adkins as Truman, the show’s narrator; Tim Jones, as Buddy, a seven-year-old boy growing up in Depression-era Alabama; Corinna May as Miss Sook Falk, Buddy’s adult distant cousin, best friend, surrogate mother, mentor and life guide; and Daniel Garrity and Isadora Wolfe as various other characters.

“Holiday Memories” is adapted from two autobiographical short stories — “The Thanksgiving Visitor,” which deals with the issues that arise when Sook invites for Thanksgiving dinner Buddy’s tormentor at school, “the meanest human creature in my experience,” Buddy says; and “A Christmas Memory,” which explores the relationship between Buddy and Sook as they prepare for Christmas.

Hill said he was drawn to “Holiday Memories” in part because it is manageable within the many “rules [that are] in place in terms of what I can and cannot do staging my actors.” Mostly, Hill said, he was caught by the play’s attention to language and the “appealing” simplicity with which Capote’s stories are told.

Hill believes this production will create fresh memories for audiences.

It already has for Hill.

“I sit here some days and tears come down my face,” he said. “I am sitting in front of live theater. It’s a powerful force. To go back into it you realize how much you miss it.”

Hill last directed “Edward Albee’s The Goat, or Who is Sylvia?” in the summer of 2019 at BTG’s Unicorn Theatre.

“You can do video and [Zoom] projects online,” he said. “But theater is when live people show up in front of live people and perform. There is nothing like it. It cannot be replaced.”

What: "Holiday Memories" by Truman Capote. Adapted for the stage by Russell Vandenbroucke. Directed by Eric Hill.

Where: Outside in the Courtyard at The Unicorn Theatre, 6 East St., Stockbridge