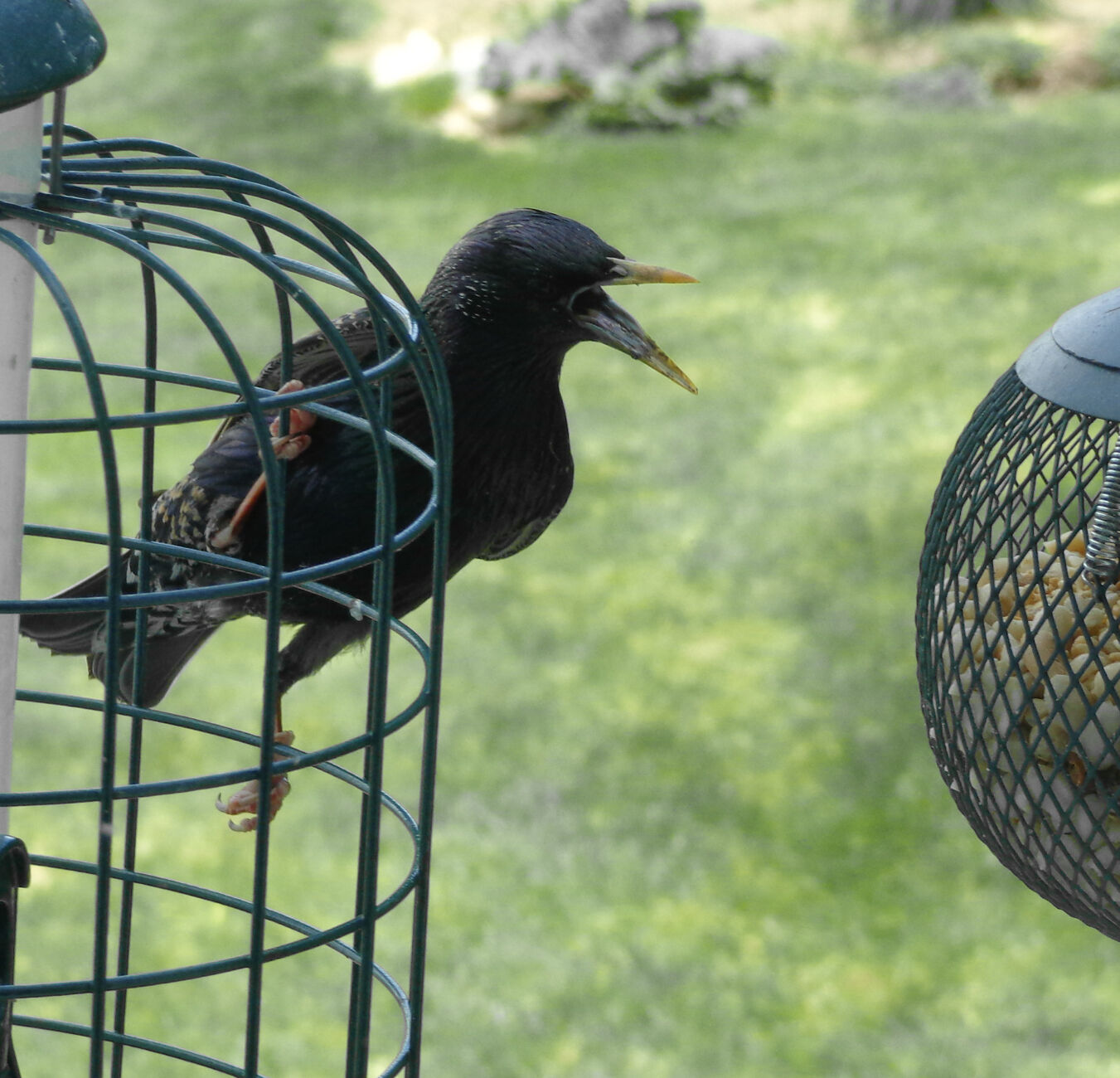 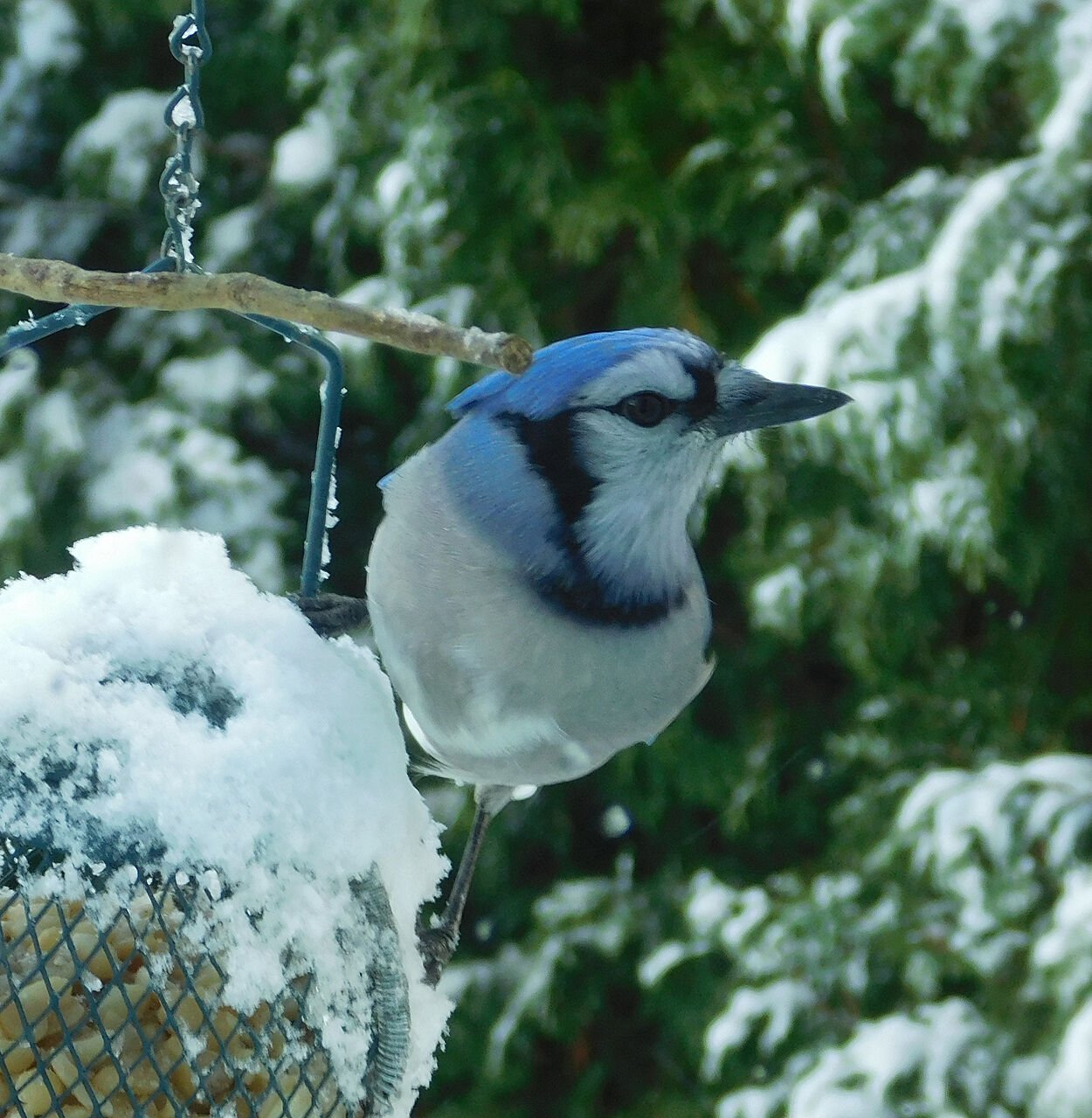 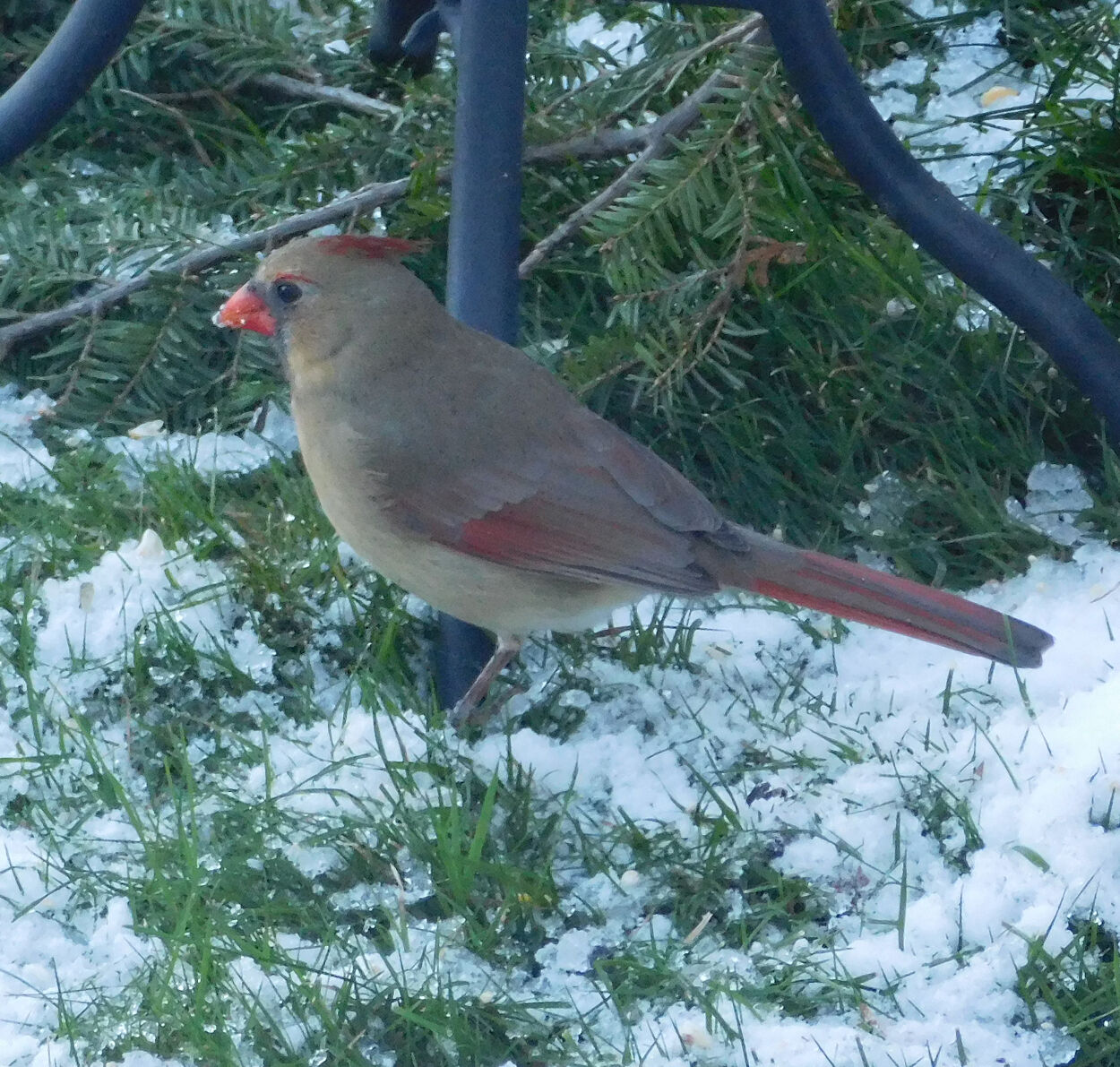 Learn to identify common feeder birds with these helpful tips and identifying features. Each week, I’ll submit three new birds to learn about.

The European starling is one of the few birds not protected by state and federal laws. And although it resembles a blackbird, this chunky blackbird-size bird is more closely related to the myna. It was released in New York City in 1890 by a Shakespeare enthusiast because of its mention in Shakespeare’s play, "Henry IV." Today, it has become one of America’s most numerous and noxious species. The starling was first seen in Berkshire County in 1910.

The species is not fussy, and although it prefers suet at feeders, it will consume various seeds, often frightening away all other birds, and is here both summer and winter.

While male cardinals are obvious, females have more subtle colors. Once considered a Southern species, they first were reported in The Berkshires in 1927. It wasn’t until 1957 they arrived in numbers and began breeding in 1958.

Males are a dazzling red and even more spectacular at a snow-covered feeder where their favorite food is sunflower seed, whether whole or shelled (hearts), safflower seed, peanut hearts, cracked corn and millet. We see them year-round; a pair may have nested in a nearby thicket.

This native species is seen year-round, with those seen during the fall and winter different from those found in spring and summer.

Known for their loud calls, they are an easily identified species that will dominate a feeder, chasing other birds away.

They prefer hopper type and tray feeders, but when hungry enough, they will settle for hanging feeders. Sunflower seeds, suet, and peanuts are preferred except in autumn when acorns are available.

New to bird watching? A helpful look at common birds with Thom Smith

Learn about the birds you see at your feeder and what to feed them with Thom Smith's helpful tips.