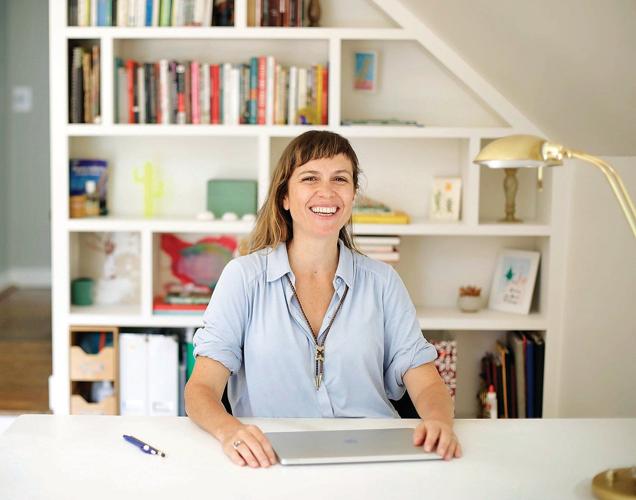 Author Courtney Maum at her home in Norfolk, Conn. Before moving across the Massachusetts border, Maum lived in Sandisfield, where she finished most of her first novel. 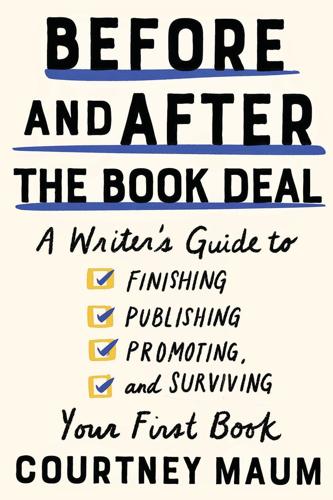 Author Courtney Maum at her home in Norfolk, Conn. Before moving across the Massachusetts border, Maum lived in Sandisfield, where she finished most of her first novel.

For most people, the desire to be a writer is synonymous with the desire to be published: to have something out in the world — a short story, novel, memoir — that the public can read and think about, admire, or not like. But when us writers achieve the seemingly impossible and acquire a book deal, it becomes difficult to know what star to shoot for anymore.

There are hundreds of books — thousands, maybe — that attempt to teach one how to write, but there are very few books — maybe none — that teach you how to handle writerly success. It was during the book tour for my first novel, "I Am Having So Much Fun Here Without You," that I realized the difference between what writers are taught (or socialized) to believe that success looks like and the way it actually feels are separated by a chasm so steep and perilous that you're best served to close your eyes and not think about the divide.

But I kept thinking about it. I thought about it during the publication of my second book, my third. I thought about it when I talked with debut author friends who were stumbling blindfolded through their publications, not knowing when to put one foot after the other, so confused and anxious they lost track of their own feet. Someone should write a guide for debut authors, I thought. Someone should warn them about what this whole thing is really like.

I wrote an article on this subject for BuzzFeed, and the popularity of the article convinced me that maybe — just maybe — I had it in me to write that book myself. It would be a reported guidebook, filled with the experience and the advice of other publishing professionals: agents, film scouts, translators, editors, writers of all kinds, a gamut of people who had been there and done that, or been there and not done that; truth talkers who could steer newcomers away from their mistakes. I did nearly two hundred interviews for "Before and After the Book Deal," many of those by phone and the thing that amazed me — motored me — is that regardless of whether I was talking to a No. 1 New York Times Bestseller or a writer with a micro-press who had received a box of their own books in lieu of a book advance, everybody — everybody — felt doubtful and desperate about their ability to keep on making work. Writers who had three books behind them weren't sure that they could write again, writers who had one book were terrified of the second, and yet, they were marching on, all of them — marching in a seated position at their day-after-day desks. Why? What were they aiming for? What is success called when you already have a book deal?

This ended up being the principal question of "Before and After the Book Deal" — what does success mean for a published author? Does it have to do with sales? Let's hope not! You can't control them. Is it about getting sent on book tour? Winning awards? Having a lot of people show up to your book event? Or is it the smaller moments — the interactions with your readers, the day you come across your book on a bookshelf. The note from a stranger letting you know that your book altered the way they think about a given topic, that it meant a lot to them, that it changed them in some way. Is it having a bookseller go to bat for you, taking the time to recommend your work to a curious shopper again, and again, and again?

The challenging truth of the publishing industry is that to be successful in it — mentally successful, emotionally resilient — your definition of what success is has to live inside the parameters of what you can control. Sales and publicity lie outside of these parameters, critical reception and awards, too. What you can control is your ability to try and write again once you have already published. What you can control is the amount of time you spend in your chair, huddled over a story, working hard to get a sentence, paragraph, chapter transition to work right. Putting the best of yourself on the page and into it, that's what you can control. Writing your heart out, showing up for your art, this is all we've got at the end of the day and — in a world where book advances are wildly erratic and sales are as volatile as the news cycle — it has to be enough. There are so many times when it won't feel like enough.

As writers, we want more, we yearn for recognition, but even the recognition isn't enough. As Walt Whitman wrote in "Song of Myself," there is the "urge and urge and urge, always the procreant urge of the world" for writers, but the chasing of the bigger and the grander is forever in conflict with the fact that our writing can't come from anywhere but the vessel of ourselves. It is my hope that the voices in my guidebook will convince creative people that the mark of a true writer is when the work itself — the dedication, the mining of hard words — is your great success.

Courtney Maum is the author of "I Am Having So Much Fun Here Without You," "Touch," "Costalegre," and the soon-to-be released "Before and After the Book Deal," which hits bookstores Tuesday. Her writing has been widely published in such outlets as The New York Times, O, the Oprah Magazine, and Poets & Writers. Maum lives just over the Massachusetts state line in Norfolk, Conn. For more information, visit www.courtneymaum.com.