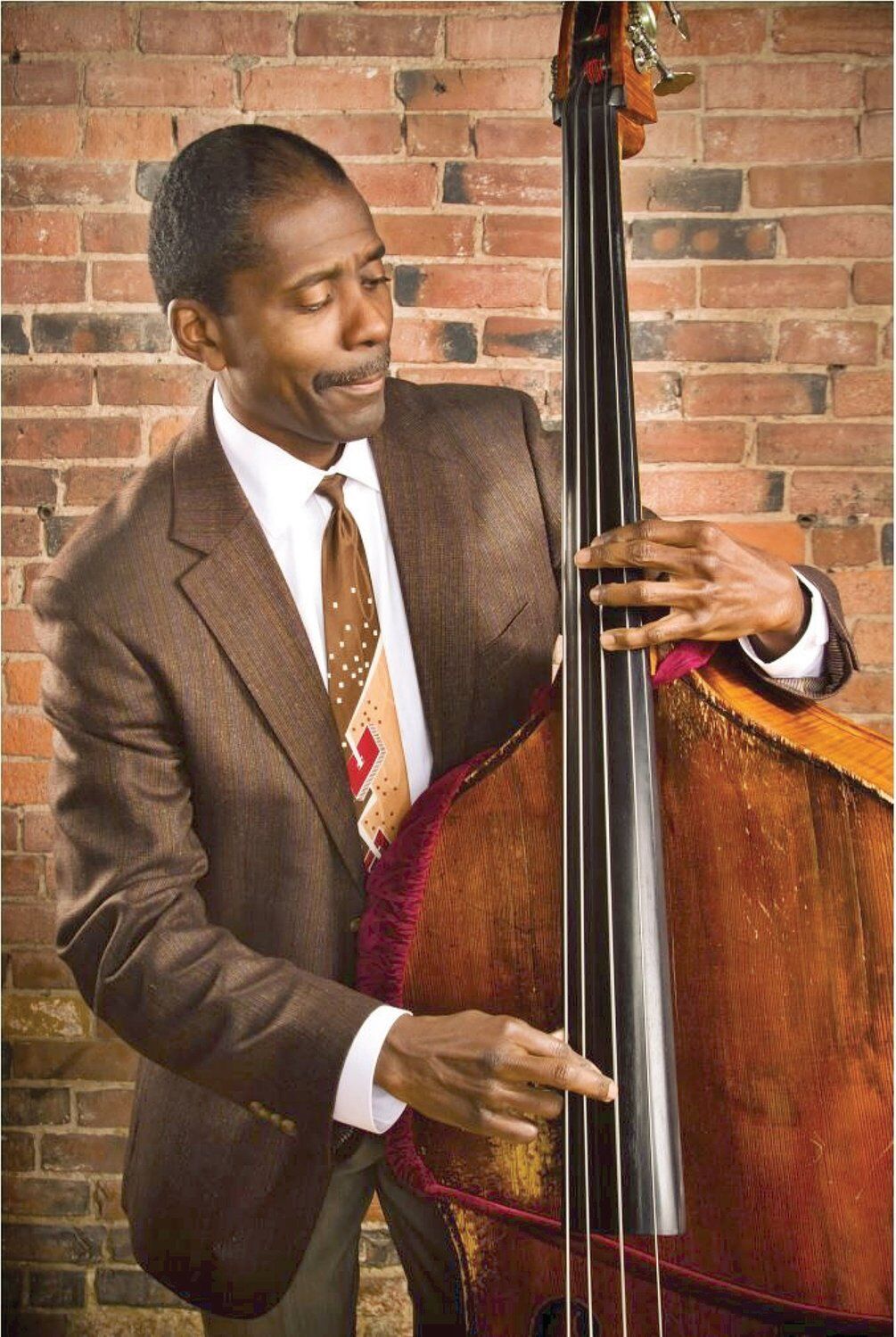 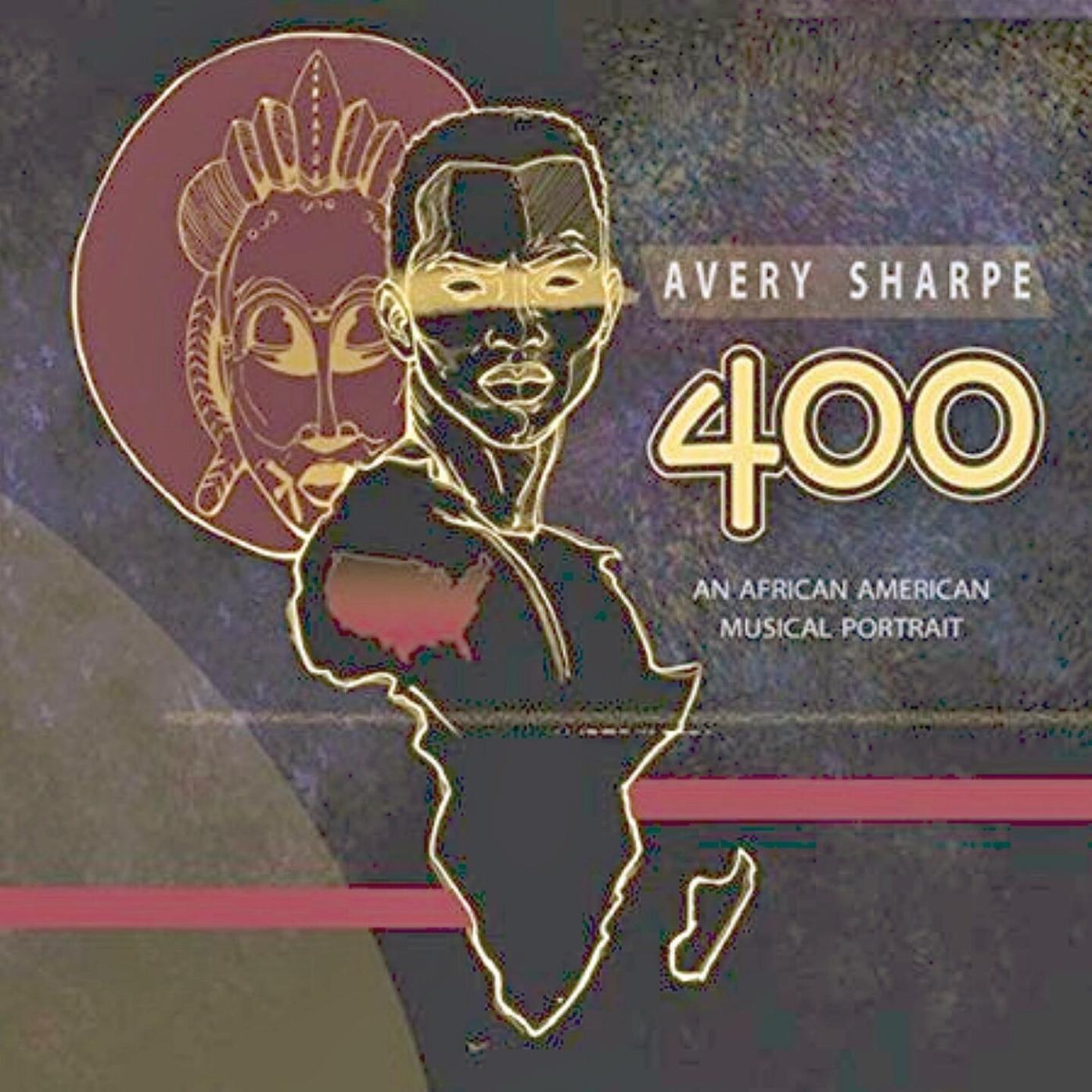 And three years ago, Dr. Shirley Whitaker, a visual artist, told him there, "2019 is coming."

"Black folks know what [that] means," Sharpe said recently at Williams College, where he teaches bass and jazz.

Last year was the 400th anniversary of African slaves first arriving on U.S. shores; and Sharpe knew he had to do something to mark the occasion.

On Thursday at Williams, he will perform live the album he created, "400: An African American Musical Portrait," with faculty members, students and special guests.

"I divided 400 years up into 100-year increments and wrote two or three songs for each century," he said.

The music moves from Middle Passage and plantation sounds through blues, gospel, ragtime and New Orleans second line to defiant song, all blended with contemporary jazz. A spoken word finale "500" looks ahead.

His father was a military man and veteran of WWII and Korean war. His mother played piano in the Pentecostal Church of God in Christ, and gave her children lessons. Four younger siblings became musicians.

"She's where all the music comes from, she passed in December, age 91. At her funeral, people came just to hear the music," he said.

This didn't always sit well with young Avery. "'Wild Wild West' was on TV Friday nights and I wanted to see that," he recalled.

With racial disparities all around him, he noted one tent revival was "all black folks and segregated, but that minister and his musicians were white. [Yet] we weren't allowed in their areas."

"My mother always told me I thought like an adult, even as a kid.," he said.

His father's career took the family to Plattsburgh, N.Y. "I didn't have white friends till I was 9 because bases were segregated."

After 23 years defending his country, in 1965 Staff Sgt. Sharpe quit the service and relocated to Springfield, where Sharpe's mother had played for a revival.

"He was 39 years old, 7 kids, and they wanted to send him to Vietnam. He was one of the most patriotic people you'd ever know, but he said, this is not a real war," Sharpe said of his father.

His secular father "was the first new age parent; he took care of us so my mother could play at church."

"My more radical politics comes from my father," he said. "He had an extremely open, perceptive mind. Family was most important to him — he raised eight kids who all had at least an undergraduate degree. Since slavery, black folks have always pushed education as a path to freedom."

A sports fanatic studying physical education, he attended University of Massachusetts at his oldest brother Jim's urging. The advice was life changing.

"I thought I was going to be a gym teacher ... for about two months."

Instead, Sharpe studied economics with a music minor, allowing him to explore courses at will.

"It was an incredible period of time, which has not been duplicated," Sharpe said. "They were trying to form a black think tank, and I just happened to be in the middle of that."

When he married and started a family, Sharpe combined an insurance adjuster "day gig" with a jazz career — and graduate school — doing dictation and paperwork on his way to gigs and on breaks.

He took vacation days to join Shepp's Attica Blues big band for a three-night live recording gig in Paris. Art Blakey sat in on drums, and told Sharpe he would call him when he changed his bass player. And he did.

Two months later, Sharpe heard McCoy Tyner's bass player had left. He auditioned and played with Tyner's trio for the next 20 years.

Sharpe has traveled the world performing, recording, composing and arranging for ensembles, orchestras and theater, and leading his own ensemble. This weekend he played an Oregon festival with mentor Shepp, now age 82.

Sharpe recorded 12 titles on his own label — family members perform in the "Extended Family Choir" on "400" — and historical projects include Jesse Owens, Sojourner Truth and "Raisin' Cane," a Harlem Renaissance stage production with Jasmine Guy.

At Williams, he nurtures a new generation of bass players, giving lessons, teaching courses and leading ensembles for nearly a decade.

"Certain things you can't teach in the classroom, you have to get on the bandstand," he explained. "This is live music, happening in the moment."

"He's an inspiration for me," she said by phone, "as a bass player and someone who's led multiple groups and has a lot of experience in the music industry, and a composer, as well. He always carries a general sense of integrity about himself.

"Because of Avery's tutelage, I have confidence playing jazz bass in whatever genre of music I'm interested in," she said.

With "400," she said, "we need to have a face on how slavery has been the foundation of this country. It has so many different sounds, [Avery] understands so much in music, but can also communicate with racial urgency, making art out of inspirations from past and present."

"The [current] political climate is new territory," he said. "My friends say this administration's trying to turn things back to Jim Crow, and I'm saying they're trying to go back to before 1863. The slave trade was open season on a race of people that everybody was involved in and condoned because of money. My whole purpose in doing this is to say, this should never happen again."