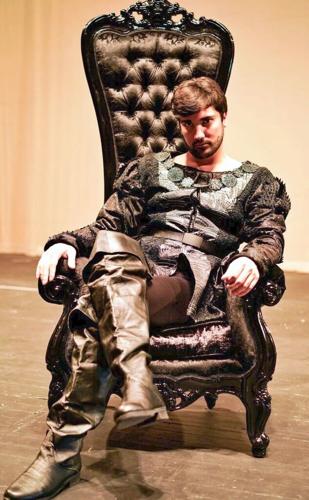 Jonathan Tetelman sings the role of the Duke of Mantua in Berkshire Opera Festival's production of "Rigoletto," opening Saturday afternoon at The Colonial Theatre in Upstreet Pittsfield. 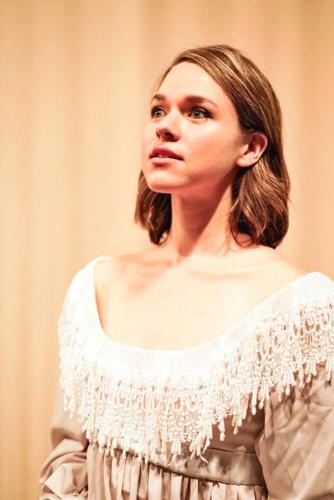 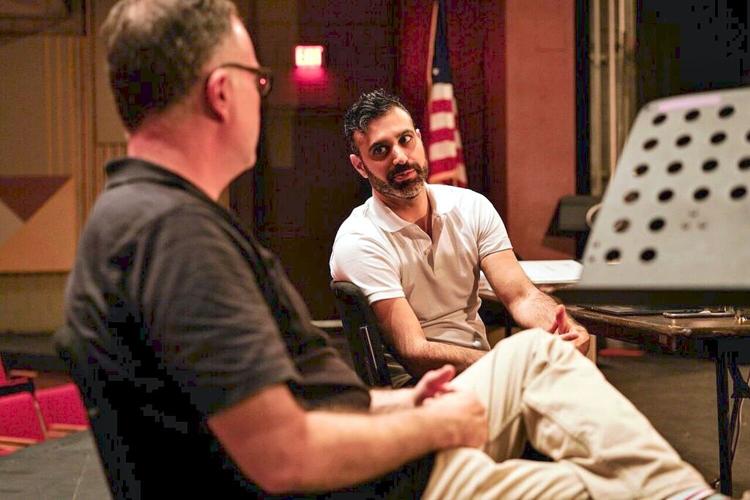 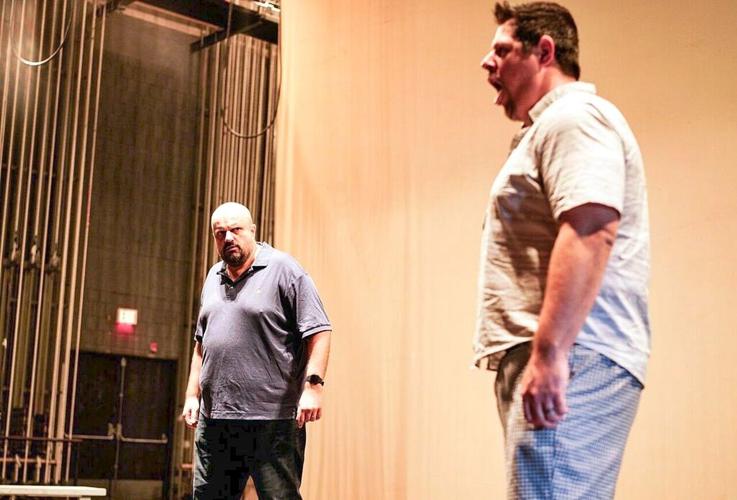 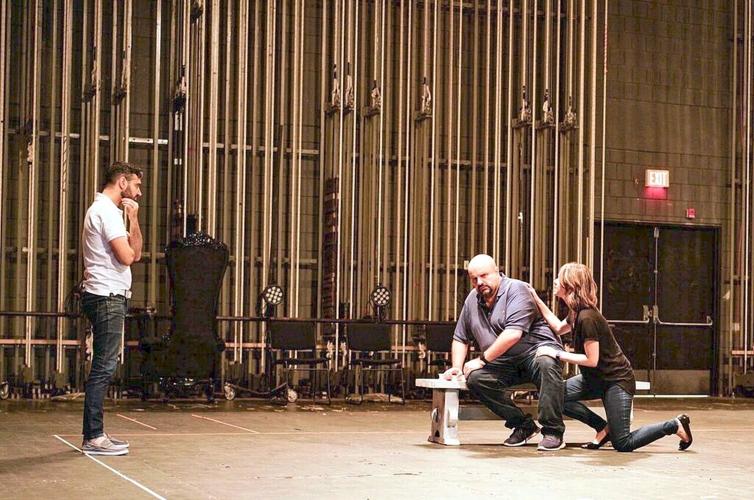 From left, stage director Jonathon Loy works through a scene with Sebastian Catana as Rigoletto and Maria Valdes s his daughter, Gilda, during a rehearsal of Berkshire Opera Festival's "Rigoletto," opening Saturday afternoon at The Colonial Theatre.

Jonathan Tetelman sings the role of the Duke of Mantua in Berkshire Opera Festival's production of "Rigoletto," opening Saturday afternoon at The Colonial Theatre in Upstreet Pittsfield.

From left, stage director Jonathon Loy works through a scene with Sebastian Catana as Rigoletto and Maria Valdes s his daughter, Gilda, during a rehearsal of Berkshire Opera Festival's "Rigoletto," opening Saturday afternoon at The Colonial Theatre.

Premiered in 1851 and based on a story by Victor Hugo, "Rigoletto" is a tragic tale of seduction and revenge. The title character is a jester at the court of the powerful Duke of Mantua. When Rigoletto mocks the father of the Duke's recent conquest at a palace party, he is cursed and forced to suffer the same fate.

"It's a story about vengeance and the lengths a father will go to when he feels his daughter has been harmed," said Berkshire Opera Festival artistic director Brian Garman.

Garman conducts a pit orchestra of some 30 musicians. BOF general director Jonathon Loy stage directs a cast of 13, four of them local singers. The five principals and all-male chorus are augmented by two dancers, Albany Berkshire Ballet's Vincent Brewer, and Ana Luiza Luizi, co-choreographer with her husband Junio Teixeira, from the Metropolitan Opera.

Among the cast of rising and established singers are Romanian baritone Sebastian Catana in his signature title role; the internationally acclaimed Verdi interpreter will perform five Rigolettos this year alone. Atlanta native Maria Valdes plays his daughter Gilda, a role she sang last season at San Francisco Opera. Tenor Jonathan Tetelman promises a smoldering Duke of Mantua with his iconic aria "La donna e mobile"; he recently sang Rodolfo in "La boheme" both at Tanglewood and in China.

Playing the assassin Sparafucile is Joseph Barron, a Pittsburgh-born bass-baritone who has sung from New Orleans to New York City. His sister Maddalena is sung by Maya Lahyani, an Israeli mezzo-soprano who has performed throughout North America from Canada to Mexico, including more than 50 performances at the Met.

Veteran bass-baritone John Cheek returns to the festival stage as Count Monterone; he previously sang the role of the Bonze in "Madama Butterfly."

"You engage people because you know how they sing and what kind of artists they are," Garman said, "but you're never really 100 percent certain how it's going to go until they all get into a room together."

Caine's custom-built costumes are adapted from 16th century period dress, with the women wearing white amid a sea of men in black. Only Rigoletto wears grey, reflecting the painful personal journey he undertakes.

The high-contrast palette echoes stark and stylish stage settings, a minimalist yet aesthetically beautiful approach that contrasts the dark nature of the piece and leaves many things to the imagination, Loy explained.

Even with its period setting, "Rigoletto" retains contemporary significance. Lurking in plain sight is the lens of the modern #MeToo movement.

"This piece is about misogyny and male abuse of power," said Loy.

They fleetingly considered and dismissed setting the opera in the White House, instead making a conscious decision to avoid any recognizable political figures, Garman added.

Presenting "Rigoletto" "was in the stars," he said. As a young teenager in rural Iowa, seeing "Rigoletto" "got me hooked on opera," he said. "It immediately made sense to me, the musical language, the words [as projected titles], and I never looked back."

It's some of Verdi's most theatrical music, he said.

At the same age, "Rigoletto" was the first opera recording Loy purchased, after hearing Placido Domingo sing on the radio. "I still listen to it today to study," he said. "There's something about that language of Verdi that drove right into my soul."

It was also the first opera Loy directed professionally. "You can revisit it so many times," he said, "the characters and music are so complex, there's always something to dig into."

Reviewing the state of the Festival in season three, Loy reports that donors have increased and ticket sales are the best they've ever been. He credits "Rigoletto's" popularity, after last year's lesser-known "Ariadne auf Naxos." A recent Verdi showcase at Saint James Place was also enthusiastically received.

"People are starting to understand the product we're putting on stage, the high level of artistic excellence that they're witnessing here in the Berkshires," he said.

"It's part of our mission to provide a wide range of operatic repertoire," Garman said.