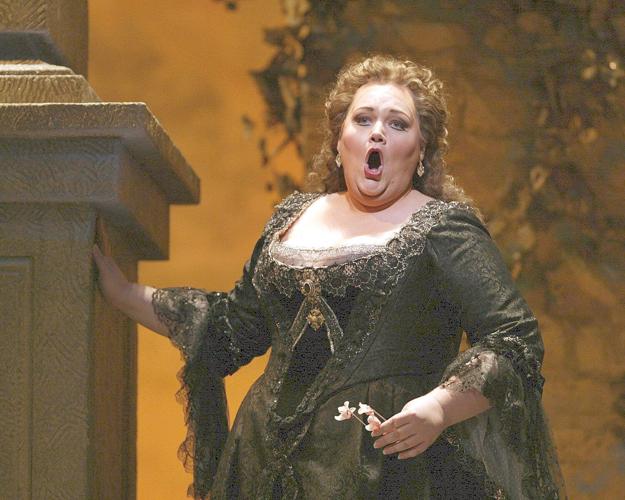 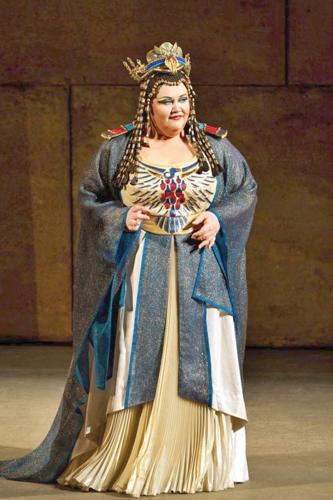 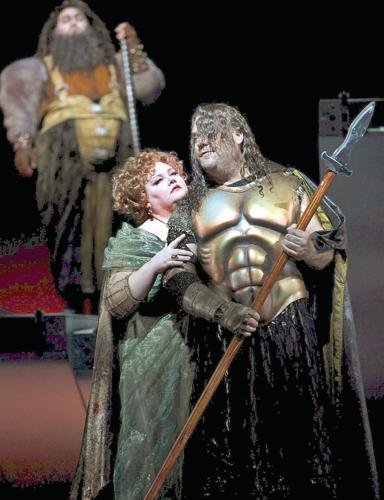 No, Stephanie Blythe is not cutting back on her illustrious singing career although she has taken on yet another teaching position.

The mezzo-soprano, known for her portrayal of a variety of heroines at the Met and other bastions of opera, recently assumed the role of artistic director of the Bard College Conservatory of Music's Graduate Vocal Arts program — this in addition to her teaching at Tanglewood, her Fall Island Vocal Arts Seminar and short residencies at universities.

She ticks off singing engagements immediately ahead: a fundraiser and a "Fledermaus" at the Palm Beach Opera, followed by a reprise of her comic role as the Marquise of Berkenfield in "La Fille du Regiment" at the Met. Next come a "Falstaff" in Dallas, work in Atlanta and

Bard wouldn't have it any other way, she adds. Details of the job are still being worked out, she said, because "this all happened very quickly." But she won't be a voice teacher with a studio; Bard already has a roster of excellent voice teachers, she said. Instead, a big part of the job will be recruiting students. She will teach a master class and curate a recital.

There are great conservatories all across the country, Blythe said in a telephone interview. "There's great singing going on. One of the things about that university [Bard] is that it is a hub of unbelievably fine faculty and students. The program there is unlike any other in terms of the attention that students get, very individualized attention. I'm completely blown away by it."

Blythe will be back at Tanglewood, where she has taught since 2010, for four weeks this summer. There, she joins her Bard predecessor, Dawn Upshaw, who is head of the Tanglewood Music Center vocal arts program.

Operatically speaking, Blythe has sung roles at the Met ranging from Fricka in Wagner's "Ring" cycle and Amneris in Verdi's "Aida" to, more lightheartedly, Mistress Quickly in Verdi's "Falstaff" and Donizetti's absurd marquise. In her teaching, she said, she focuses on American art song by living composers — by definition, contemporary music.

"And the whole purpose is to teach students to be musically and interpretively autonomous, to teach students to use their language to become better communicators as singers, and then with the end result being able to bring that skill set to whatever kind of performing they have, whether it be recital or opera or musical or whatever it is."

"When I was a fellow, it was before they started doing opera again. So all we did was art song. And I was so turned on by this art form that it was the beginning of wanting to have a kind of program like that myself."

"Everything!" she said when asked what she recalls from those student years. She quickly changes gears and recalls the beginning of her long association with Alan Smith, TMC's coordinator of piano and vocal studies — also, a composer and collaborative pianist in his own right.

"It's been one of the most important musical and personal relationships of my life," she said. "That's big."

Together, they founded the Fall Island Vocal Arts Seminar in far-north Potsdam, N.Y., in 2010. It's a one-week course in late May for six singers, three pianists and up to five teaching professionals. Each year, the focus is on an American composer. This year, it's John Musto.

The program culminates in a recital by the student group. The format is the one Blythe uses at Tanglewood to focus closer attention on the relationship between music and text. First, a student recites a text; then, a singer and pianist perform the song setting that text. The audience does not receive printed texts until the end of the program.

"It creates a different kind of listening audience, to be honest," says Blythe.

A liberal arts graduate herself, with a degree in English, she is especially impressed by Bard's five-year undergraduate program leading to a double degree in music and liberal arts. "I'm also very excited because there's a lot for me to learn here," she said; it's a "wonderful" opportunity.

Among her many distinctions, the mezzo does a popular Kate Smith recital (oh, those radio days!) and is a champion of the ukulele, which she plays to accompany herself and others in many of her recitals. The instrument has become so popular that it surpasses the recorder in classroom use and people are playing and singing with it in homes, she said.

"I love that. I'd love to see a big resurgence of singing at home. I encourage everyone to learn the ukulele."