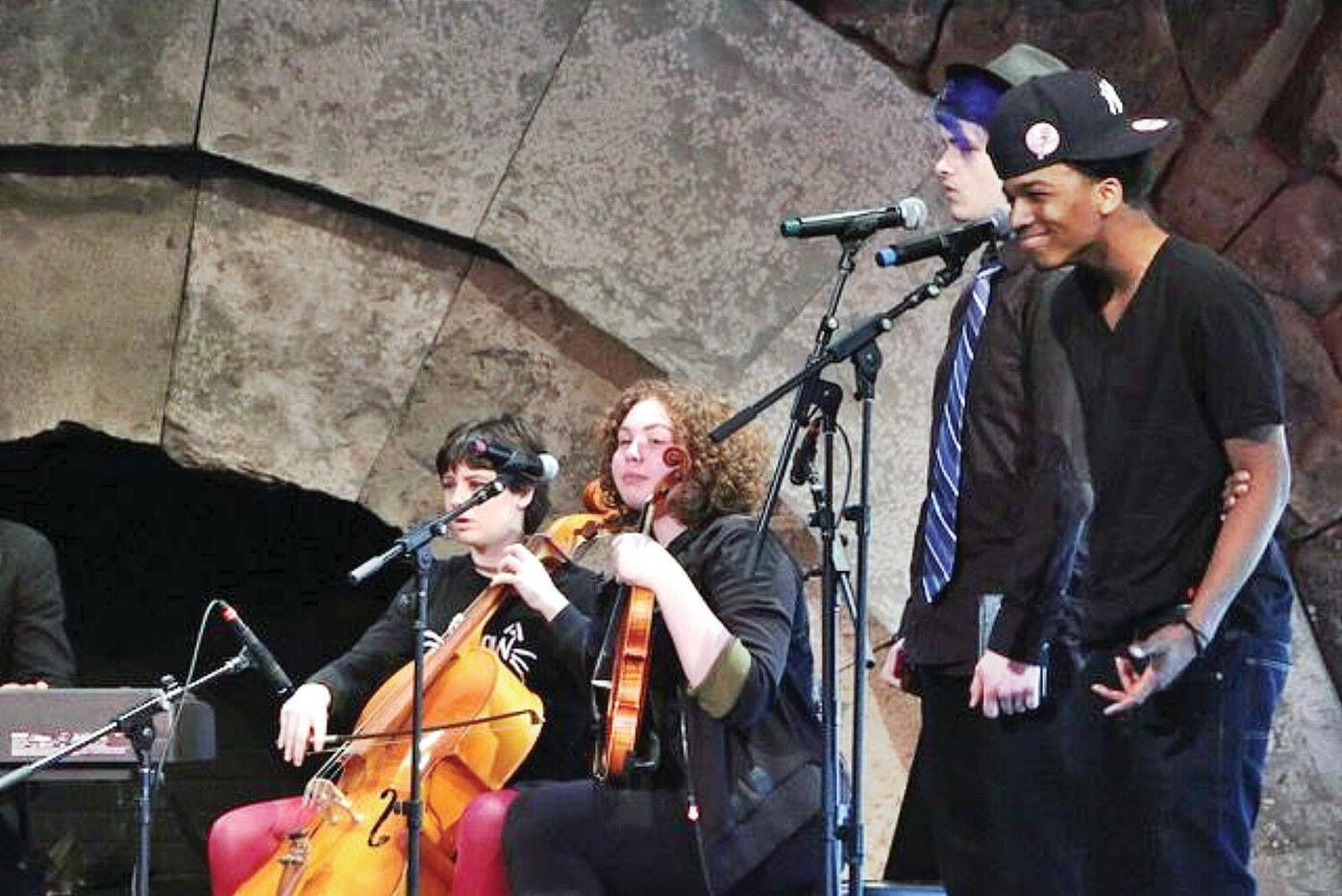 JAMMS participants perform their final song at Bethel Woods Center for the Arts. 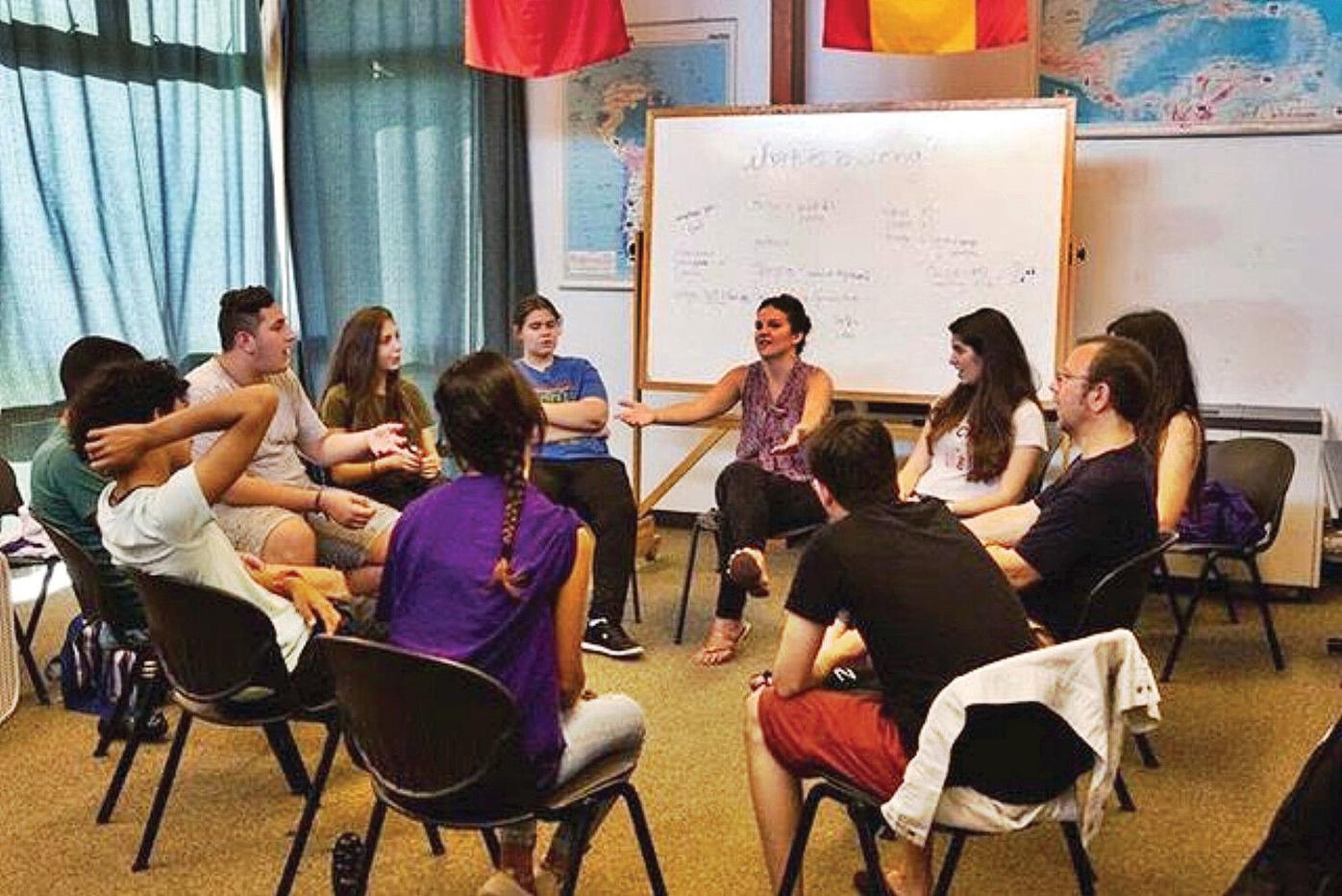 JAMMS participants from Palestine, Israel and the United States practice singing and discussing the potential of a song. 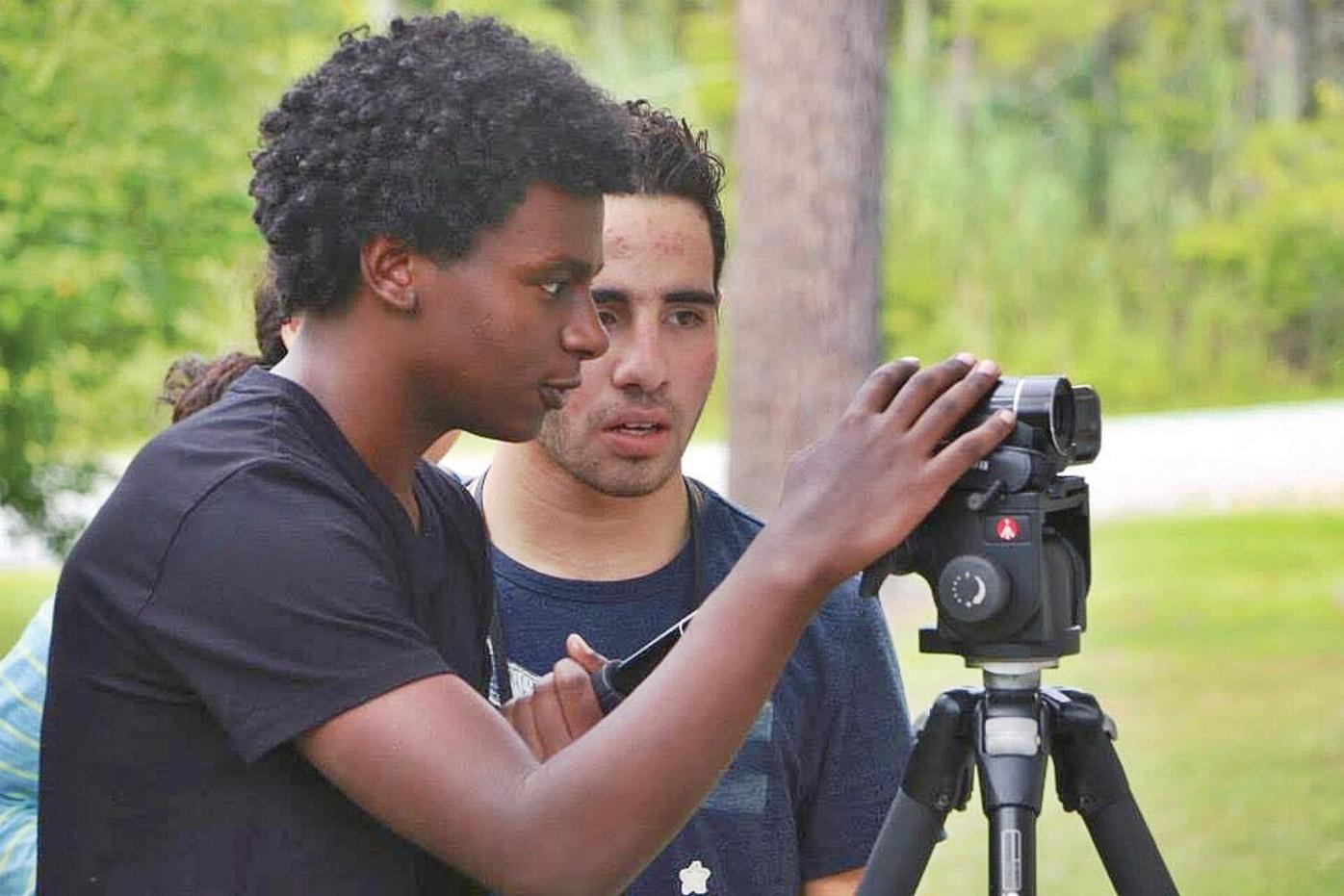 AMMS participants set up a scene for their music video project.

JAMMS participants perform their final song at Bethel Woods Center for the Arts.

JAMMS participants from Palestine, Israel and the United States practice singing and discussing the potential of a song.

AMMS participants set up a scene for their music video project.

PITTSFIELD — Harmonies don't have to end when songs do.

That message is what Music in Common's Journalism as Music, Multimedia, and Songwriting (JAMMS) programs aim to communicate to people from different cultural backgrounds. The Sheffield-based organization's songwriting and multimedia sessions take place over several days and culminate in the production of songs and corresponding videos based on a discussed theme. But it's the lifelong friendships that can potentially result from such gatherings motivating the people organizing JAMMS.

"It's really that long-lasting thing that we're striving for," Music in Common Founder and Executive Director Todd Mack said.

Since 2005, Music in Common has facilitated about 45 JAMMS projects in the U.S. and Middle East, connecting participants of different religions and nationalities that don't necessarily have a history of peaceful interactions. (For example, past programs have brought Israelis and Palestinians together.) The latest edition of JAMMS arrives in Pittsfield this spring, joining local immigrant and U.S.-born youths of high school and college age. Their mission is to write and record a song, film a music video and, in a Berkshires twist, contribute their own narratives and objects to Berkshire Community College's Berkshire Immigrant Stories project, if they so choose, over four days of workshops. On June 24 beginning at 6 p.m., the group will perform its music at the Lichtenstein Center for the Arts. But don't judge JAMMS' effectiveness solely on the show.

"We're not in it to go perform at Carnegie Hall," Mack, a musician himself, said of how his organization views success. "We're really in it for the process of creating together and working together and getting to know one another as a byproduct of that."

The Pittsfield program consists of at least nine local youths, including at least three immigrants, according to Music in Common Western Massachusetts Coordinator Marisa Massery. Three of the confirmed participants hail from Taconic High School or Pittsfield High School. Five are traveling from Darrow School in New Lebanon, N.Y., and another is home-schooled.

For some, the experience is an opportunity to expand their musical skills.

"I want to explore songwriting," one participant wrote in a registration questionnaire.

The session opens with ice-breaking activities before a dialogue begins. Questionnaire responses to queries about religious holidays and challenges faced within communities, among others, often serve as starting points for that conversation. Eventually, a theme in the discussion emerges, and a song gets built around that subject matter. For example, Massery worked on a program in Springfield last August with high school-aged youth who had predominantly emigrated from Sudan, "so their particular song was about their journey coming to the United States — what that was like for them to leave their country, to go through the whole immigration process, to come here, to worry about assimilation and worry about all of the struggles that might come with that," Massery recalled.

A prior program in Williamstown involving Israeli, Palestinian and American-born youths focused on conflicts and identity, she said.

Like immigrants' reflections, American-born participants' perspectives have resonated with Mack. A dialogue in Atlanta revealed some American youths' dissatisfaction with people advocating for stricter border policies.

"They just felt sort of disconnected from their own American community," Mack recalled. "They felt sort of ashamed by it."

In addition to Mack and Massery, multimedia specialist Avarie Cook is facilitating the Pittsfield sessions. Toni Buckley of Berkshire Immigrant Stories, Jerome Edgerton of Youth Alive and author Jana Laiz will contribute as guest artists. Laiz will help participants craft narratives about immigration's impact on their lives for Berkshire Immigrant Stories; Buckley will help them photograph artifacts related to their families' histories. (Participants are not required to submit their final products if they would like to keep them private.) The project is part of a larger national effort sponsored by New York City's Tenement Museum. Berkshire Immigrant Stories hadn't yet focused on youth narratives, making it a natural fit to collaborate with Music in Common.

"That's pretty much how we came up with this whole idea to begin with," Mack said.

Mack founded the organization as a means to honor his late friend and bandmate Daniel Pearl, the former Wall Street Journal and Berkshire Eagle journalist who was abducted and murdered by Islamic extremists in 2002 while on assignment in Pakistan. According to Music in Common's website, Pearl was known to play his fiddle at jam sessions around the world, using the instrument to ingrain himself in local communities.

"Music In Common is the best way I know to honor his memory," Mack says on the website.

"When I look at Todd losing his friend Daniel, I look at him responding in the face of violence," Massery said. "By starting this organization, [he's trying] to do good in the world with youth who can build relationships and possibly work on certain things or misconceptions that maybe might lead to violence in the future."

That sentiment was the underpinning for a $159,000 grant from the U.S. Department of Homeland Security's Countering Violent Extremism program, which focused on community efforts to reduce violence. Music in Common was set to receive the money in 2017. The grant was nixed after the Trump administration's arrival in office, primarily redistributed to law enforcement agencies instead, according to multiple reports.

"Not only are we out of money, but it threatens the future of these programs and our work as a whole," Mack said last summer.

Since that time, the organization has raised about $110,000 through benefit events and other donations, according to Mack.

"We were able to recoup enough to keep us going," he said, noting that some of that money would have been raised even if Music in Common had received the grant.

The nonprofit has more Berkshire County programming lined up. In July, North Adams' Roots Teen Center will host part of a JAMMS session involving American-born and refugee youths, the latter group coming from Springfield. In the fall, a similar session will run in Sheffield.

In between, Music in Common will launch Amplify, a three-week program for high school and college-aged musicians. They will play past JAMMS songs and create their own in New Lebanon, N.Y.

The funding has been enough, then, to help this nonprofit endure for another year.

"We're also incredibly committed to the work and hardheaded as hell," Mack said, "so we're not going to quit."