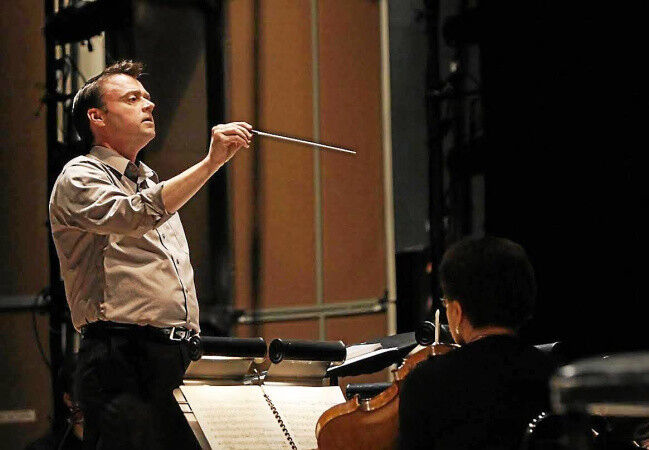 Rather than hire an orchestra, Berkshire Opera Festival co-founder and "Butterfly" conductor Brian Garman has assembled an ensemble of freelance musicians from Massachusetts, New York and Connecticut in the hope, he says, of building long-term relationships and preserving creative control. 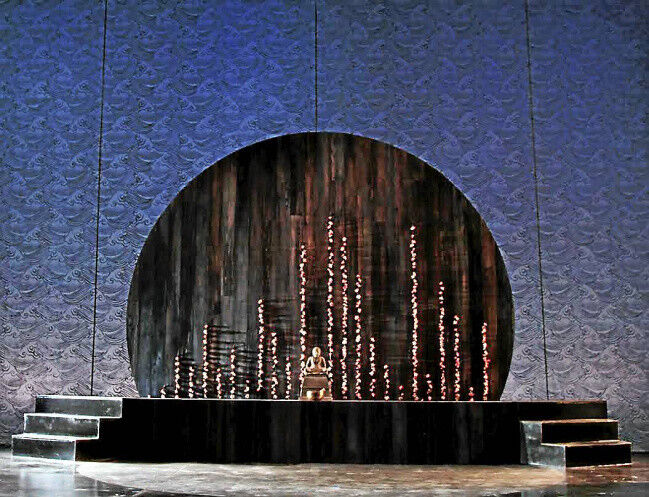 Stephen Fobay's set forms the framework for Berkshire Opera Festival's debut production of Puccini's "Madama Butterfly," opening Saturday evening at The Colonial Theatre. The festival's co-founders, Jonathan Loy, who is stage director for "Butterfly," and Brian Garman hope to fill the vacuum in live home-grown opera performance in the Berkshires created by the demise of Berkshire Opera Company in 2009.

Rather than hire an orchestra, Berkshire Opera Festival co-founder and "Butterfly" conductor Brian Garman has assembled an ensemble of freelance musicians from Massachusetts, New York and Connecticut in the hope, he says, of building long-term relationships and preserving creative control.

Stephen Fobay's set forms the framework for Berkshire Opera Festival's debut production of Puccini's "Madama Butterfly," opening Saturday evening at The Colonial Theatre. The festival's co-founders, Jonathan Loy, who is stage director for "Butterfly," and Brian Garman hope to fill the vacuum in live home-grown opera performance in the Berkshires created by the demise of Berkshire Opera Company in 2009.

On Saturday, Moldovan soprano Inna Los will take to the stage as Cio Cio San in Giacomo Puccini's 1904 masterpiece "Madama Butterfly," the inaugural production of the Berkshire Opera Festival. Additional performances are on Tuesday and next Friday, all at 7:30 p.m..

During a production break in the Colonial's lobby lounge, festival cofounders Brian Garman, artistic director and conductor, and Jonathon Loy, general director and stage director, described how they first met at Pittsburgh Opera 18 years ago, where Garman was a principal conductor and Loy a college intern.

"We shared the same sensibilities and tastes in singing and production," said Loy.

In 2014, Garman moved from Seattle to New York, where Loy was guest stage director and member of the Metropolitan Opera staging staff. Those were uncertain times, Loy recalled, "and we said, maybe now is the time to think about what we want to do together."

He invited Garman to the Berkshires where Loy has spent every summer with his family since childhood. "I showed him around and he immediately fell in love with the place," said Loy.

With no home-grown opera since the Berkshire Opera Company's demise in 2009, they decided to return fully produced live opera to the Berkshires.

"Madama Butterfly" tells the story of an arranged marriage between Japanese geisha Cio Cio San and Pinkerton, an American naval officer who subsequently abandons her; and her unswerving faith that he will one day return and take her to America.

"There's a reason why 'Butterfly's' popularity has endured over the past 112 years," Garman explained. "You can't not fall in love with the story and the music, and it's a masterpiece dramatically. I'd be hard pressed to imagine a more sympathetic heroine than Cio Cio San in any opera."

The roster of principal singers includes several Met veterans and features Los in a signature role she has performed from Chicago to Las Vegas and in Europe; Jason Slayden as Pinkerton; Weston Hurt at Sharpless; Sarah Larsen as Suzuki; and Eduardo Valdes as Goro. Berkshire bass baritone John Cheek plays the Bonze, with Benjamin Taylor as Yamadori, Katherine Maysek as Kate Pinkerton, and John Demler as the Imperial Commissioner. The chorus is made up of Berkshire area singers.

"We have worked with all the principals at one time or another," said Loy, "so we know where they stand and what they can do." With a lot of friends willing to help them out, added Garman, they were able to get "some exceptionally fine singers within our modest budget."

Rather than simply hire an orchestra, Garman gathered musicians locally and from the tri-state area to start building long-term relationships and preserve creative control. "They sound like they have been playing together for 10 years," he said.

The Colonial Theatre was chosen because it has an orchestra pit of a reasonable size. "We're doing 'Butterfly' with an orchestra performing a reduction written in the 1910s that Puccini sanctioned for small theaters. Even at that, there is no room to spare down there," Garman noted.

As stage director, Loy has updated the opera to the 1960s. In that era, he said, Cio Cio San has access to magazines and television, and makes a concerted effort to become the American wife she thinks her husband wants her to be. This has allowed veteran opera costume designer and area resident Charles Caine to juxtapose traditional Japanese dress with more contemporary styles.

As with any new enterprise, the festival's opening production makes an essential statement. "You're saying, here's who we are, what our aesthetic is in terms of the production, the level of principal artists, and the cast and orchestra," Garman said.

The company's mission is to explore the full range of the operatic repertoire. Future plans include recitals, a chamber opera, eventually two or three full productions each season, a young artists' program, and commissioning new works.

But first, funding has to be established. The initial budget of almost $500,000 came from a few leading patrons and many small donations. Raising money from scratch when there is no product yet means having people believe in an idea and vision that they can't see or hear, Garman explained.

"We got here by believers and visionaries," he said.

Loy added that now that people can see what they're doing and hear the orchestra and chorus and the cast, "going forward people can decide whether they're going to support us "

IN THE OPERA HOUSE

When: Saturday, Tuesday and next Friday evening at 7:30

How: 413-997-4444; berkshireoperafestival.org; berkshiretheatregroup.org; in person at Colonial Theatre box office