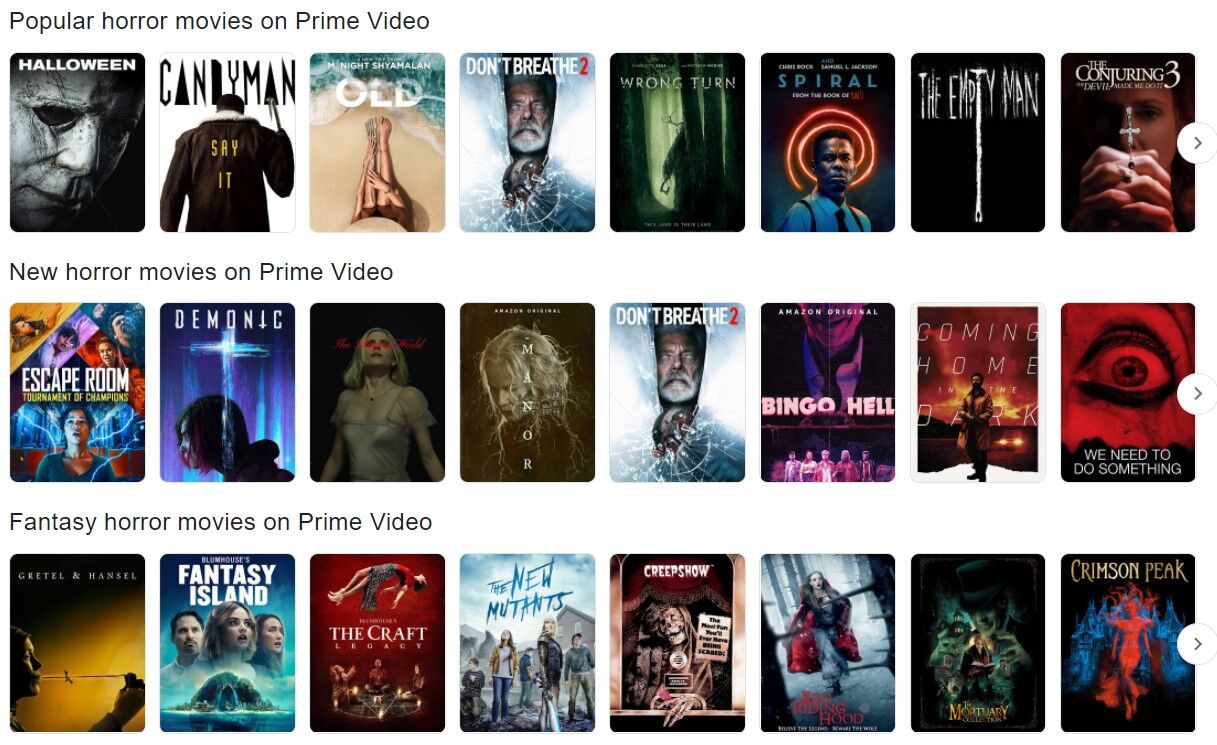 A sample of Halloween movies available on Amazon Prime Video. 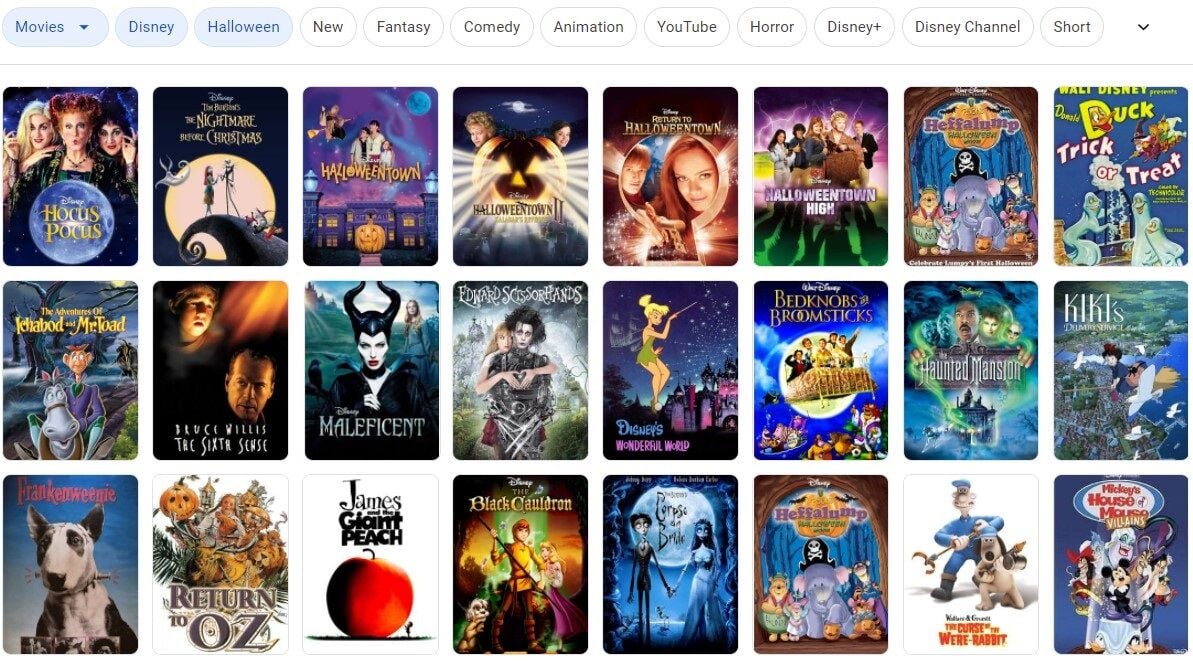 A sample of Halloween movies available on Disney Plus. 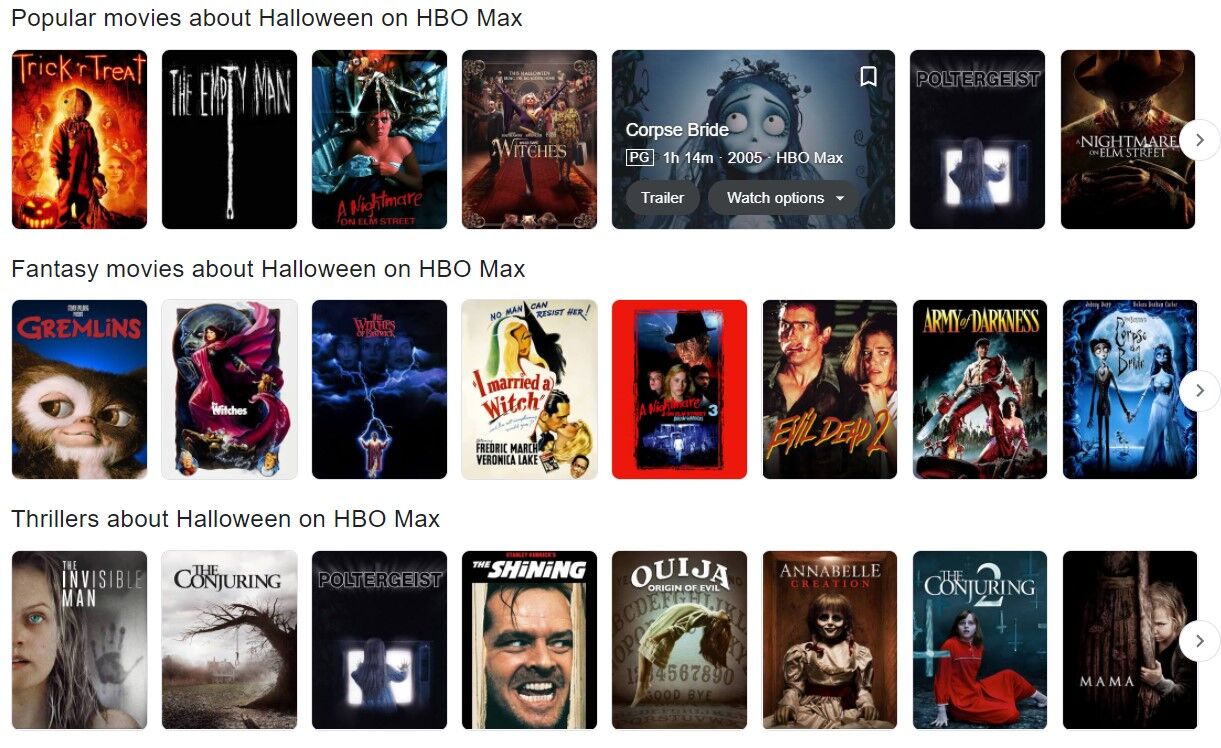 A sample of Halloween movies available on HBO Max. 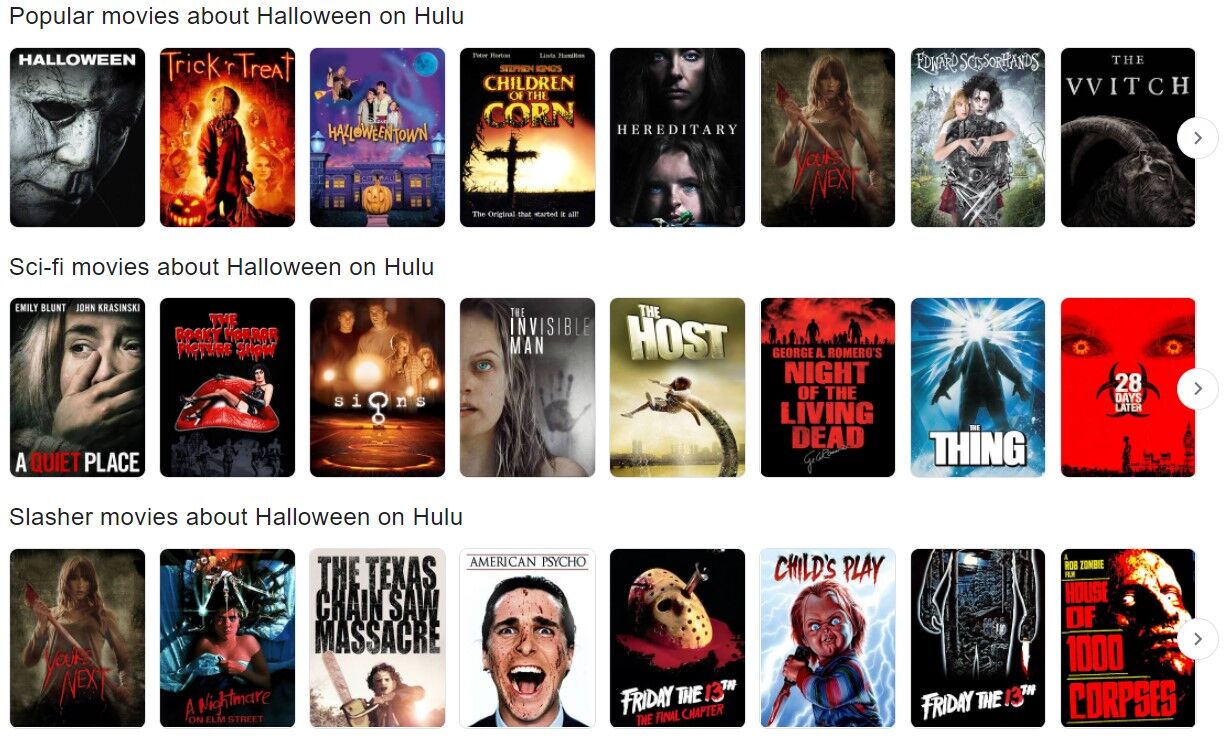 A sample of Halloween movies available on Hulu. 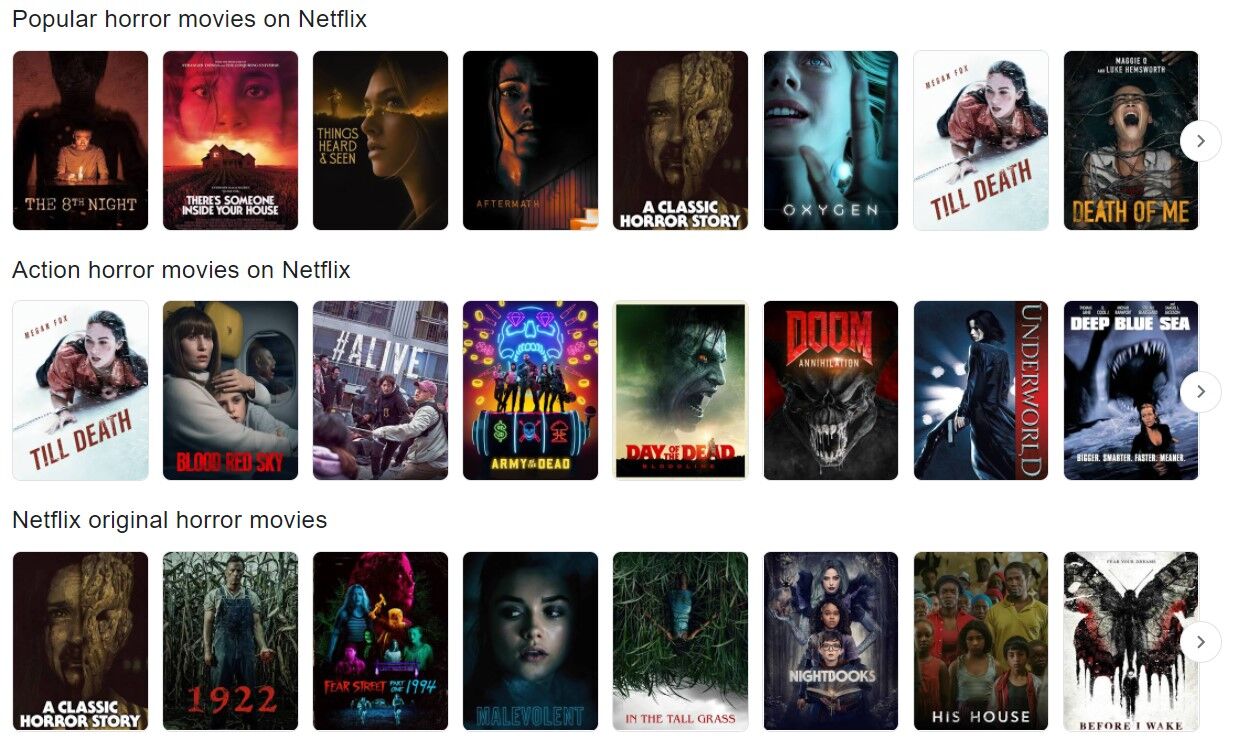 A sample of Halloween movies available on Netflix.

Don’t let indecision be your biggest fear this Halloween season, as you're deciding which Halloween movie to watch as Oct. 31 quickly approaches.

According to Google Trends, the top searched Halloween movies in the U.S. this past week were:

Dish Network has taken a look at 12 popular Halloween movies for kids, or movies rated G or PG. They report that “Scooby-Doo” is the most searched movie in 13 states, with “Coraline” as the second most popular kids’ movie, searched by 10 states. The most searched for movie in Massachusetts is “Hocus Pocus,” which was filmed in Salem in 1993.

Get into the holiday spirit: Films, TV shows to fill your Halloween with thrills, chills and a few laughs

Thanks to an endless choice of streaming services, almost any horror movie, franchise or television series you could want to watch is available somewhere. To help you sift through all the choices, we're offering up some curated categories of films and television series to watch in the days leading up to Halloween.

Speaking of witches, the Hocus Pocus sequel is due out by Halloween 2022. According to IMDb, the three original cast members  — Kathy Najimy, Sarah Jessica Parker and Bette Midler —  will return as the Sanderson Sisters. In this version, “three young women accidentally bring back the Sanderson Sisters to modern day Salem and must figure out how to stop the child-hungry witches from wreaking havoc on the world.”

America’s Most Searched “Spooky Kids Movies” in New England, according to Dish Network:

And while New York isn’t a part of New England, the popular search of our neighbors to the west is “Coraline.”

Many streaming services have created their own spooky content, many of which are worth a watch (Netflix’s three part “Fear Street” or Hulu’s “Into the Dark," but for those of us searching for the tried-and-true, always awesome classics, here’s where to find them:

"The Nightmare Before Christmas"

"The Haunting in Connecticut"

'Halloween III: Season of the Witch' star Stacey Nelkin has never been a fan of horror movies

When a friend first suggested to Stacey Nelkin that she should audition for the lead in the 1982 horror film, "Halloween III: Season of the Witch," she had no interest in appearing in a horror movie. Some 40 years later, "Halloween III" has its own cult following. And so does Great Barrington resident Nelkin, who eventually auditioned for and won the role of Ellie Grimbridge.