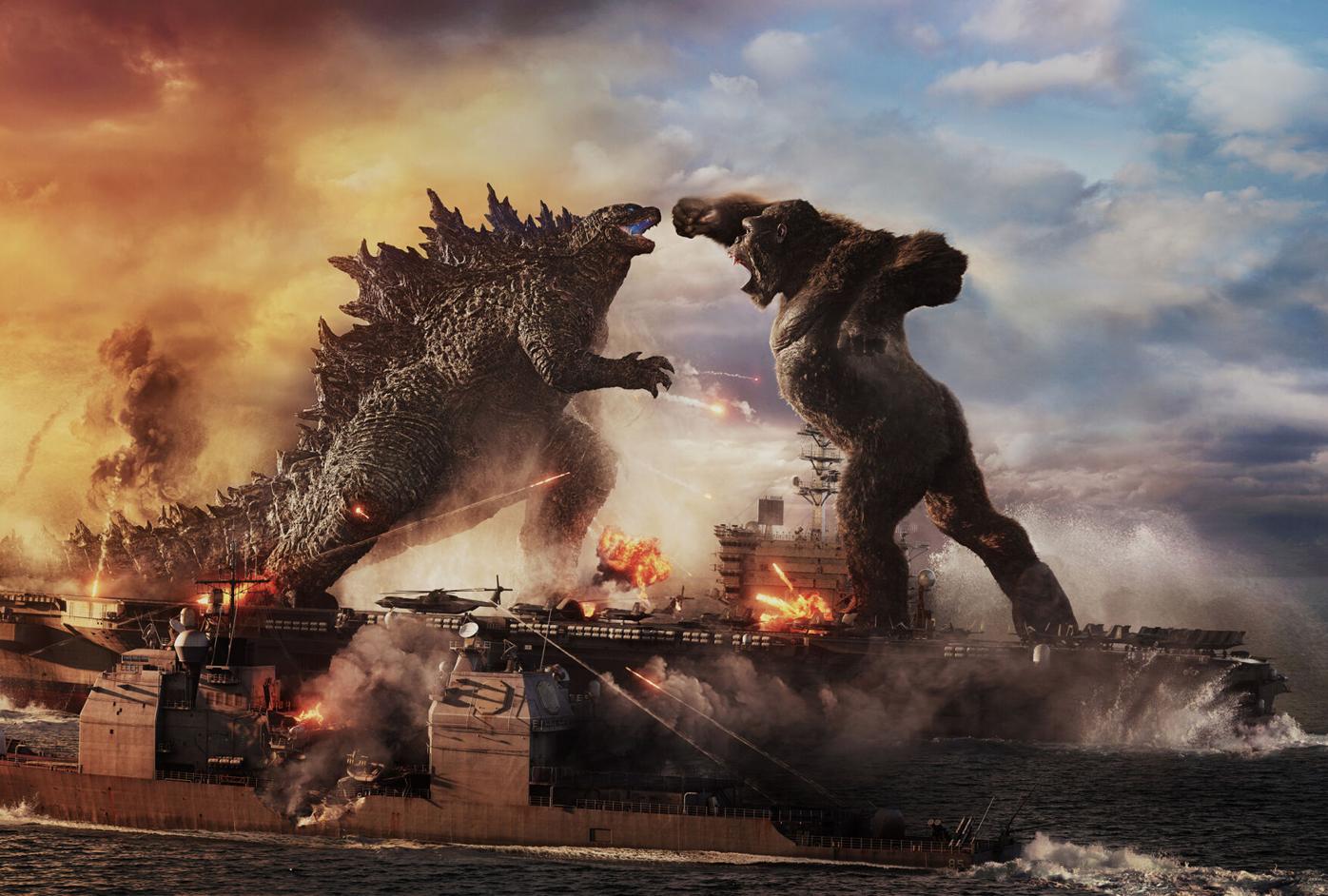 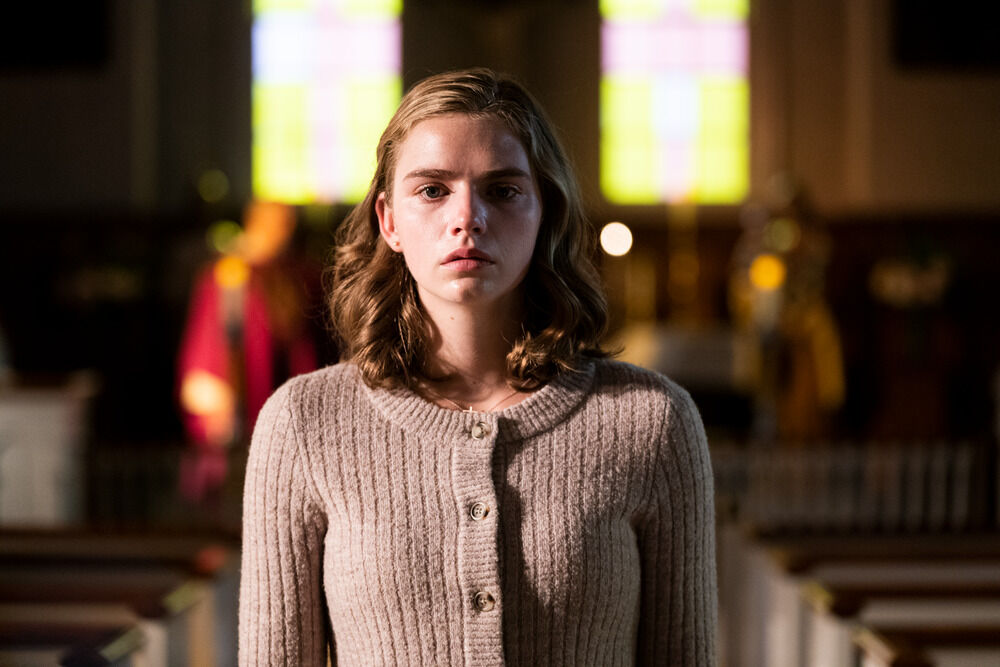 In “The Unholy,” Cricket Brown plays Alice, a young hearing-impaired girl who, after a supposed visitation from the Virgin Mary, is inexplicably able to hear, speak and heal the sick. Now showing at Beacon Cinema.

Here's what's playing — April 2 - 8 — at in-person and virtual cinemas in the Berkshires and environs. Where films have been reviewed, the capsules include the name of the film critic and the day the full review was posted on berkshireeagle.com. All reviews are by Associated Press critics.

DAYS OF THE BAGNOLD SUMMER (NR)

In this coming-of-age story about single motherhood and Metallica, Daniel was supposed to spend the summer with his dad and his dad’s new wife in Florida, but when his dad cancels the trip Daniel and his mom suddenly face the prospect of six long weeks together. An epic war of wills ensues in their suburban home as Daniel just wants to listen to heavy metal and start a band while his mom hopes to rekindle the fun times they used to have together. Featuring original songs by Belle and Sebastian. With Monica Dolan, Earl Cave, Rob Brydon. 1 hour, 26 minutes. MH

Let the epic monster battle begin! Kong and his protectors undertake a perilous journey to find his true home. Along for the ride is Jia, an orphaned girl who has a unique and powerful bond with the mighty beast. However, they soon find themselves in the path of an enraged Godzilla as he cuts a swath of destruction across the globe. The initial confrontation between the two titans -- instigated by unseen forces — is only the beginning of the mystery that lies deep within the core of the planet. Starring Millie Bobby Brown, Alexander Skarsgård, Brian Tyree Henry Rebecca Hall, Julian Dennison, Eliza Gonzalez, Shun Ogri and Zhang Siyi. 2 1/2 stars. (Coyle - 3/30) 1 hour, 53 minutes. BC/NAM

The dramatic story of American furniture designer, architect, and early lifestyle entrepreneur Gustav Stickley and his rise, fall, and eventual resurrection as an icon and founder of the first true “American style.” 1 hour, 7 minutes. MH

Sometimes the man you don’t notice is the most dangerous of all. Hutch Mansell (Bob Odenkirk) is an underestimated and overlooked dad and husband, taking life’s indignities on the chin and never pushing back. A nobody. When two thieves break into his suburban home one night, Hutch declines to defend himself or his family, hoping to prevent serious violence. The aftermath of the incident strikes a match to Hutch’s long-simmering rage, triggering dormant instincts and propelling him on a brutal path that will surface dark secrets and lethal skills. In a barrage of fists, gunfire and squealing tires, Hutch must save his family from a dangerous adversary — and ensure that he will never be underestimated as a nobody again. Featuring Bob Odenkirk, Christopher Lloyd, Connie Nielsen, J.P. Manoux, Humberly Gonzalez, Gage Munro. Rated R for language and extreme violence. 1 hour, 31 minutes. ½ star (Kennedy — 3/24). BC/NAM

Watch this year’s Oscar-nominated animated shorts, presented by ShortsTV, from the comfort of your home. This is your annual chance to predict the winners. Streaming through April 24. The Academy Awards take place Sunday, April 25th. The nominees are:

Also included is a selection of animated short films from the shortlist:

Rated P-13. Rating is due to the content of several films. In “If Anything Happens,” parents mourn their child, killed in a school shooting. “Genius Loci” contains some adult language, smoking and very brief nudity. The program overall deals with some tough issues and a few of the films are not suitable for children under 12. Total run time is 1 hour, 34 minutes. IC/MH/CT

Watch this year’s Oscar-nominated live-action shorts, presented by ShortsTV, from the comfort of your home. This is your annual chance to predict the winners. Streaming through April 24. The Academy Awards take place Sunday, April 25th. The nominees are:

Watch this year’s Oscar-nominated documentary shorts, presented by ShortsTV, from the comfort of your home. This is your annual chance to predict the winners. Streaming through April 24. The Academy Awards take place Sunday, April 25th. The nominees are:

Rated R due to some of the topics. Some of the films are not intended for young audiences. Total run time is 1 hour, 58 minutes, IC/MH/CT

Grégory Montel plays Guillaume a divorced, middle-aged Parisian chauffeur striving to make enough money to upgrade to a better apartment so he can have his tween-aged daughter (Zelie Rixhon) stay overnight. His latest client, professional “nose” or fragrance designer Mademoiselle Anne Walberg (Emmanuelle Devos), is all the more challenging given she expects him to not only drive and carry her luggage but also help her change sheets at hotels and take notes for her. With Emmanuelle Devos, Grégory Montel and Zelie Rixhon. French with English subtitles. 2 hours. MH

Long ago, in the fantasy world of Kumandra, humans and dragons lived together in harmony. But when sinister monsters known as the Druun threatened the land, the dragons sacrificed themselves to save humanity. Now, 500 years later, those same monsters have returned and it's up to a lone warrior, Raya, to track down the last dragon in order to finally stop the Druun for good. However, along her journey, she'll learn that it'll take more than dragon magic to save the world, it's going to take trust as well. Voices of Kelly Marie Tran, Awkwafina, Gemma Chan, Alan Tudyk, Ross Butler, Daniel Dae Kim. 1 hour, 54 minutes. 3 stars (Bahr — 3/5). BC/NAM

Inspired by true experiences of grief, girlhood, and growing up, Sophie Jones, the debut feature from Jessie Barr, provides a stirring portrait of a 16-year-old. Stunned by the untimely death of her mother and struggling with the myriad challenges of teendom, Sophie tries everything she can to feel something again, while holding herself together, in this sensitive, acutely realized, and utterly relatable coming-of-age story. Bechdel Test approved. Featuring Jessica Barr, Skylar Verity and Claire Manning. 1 hour, 25 minutes. IC

A young couple Renesha (Brittany S. Hall) and Evan (Will Brill) negotiate a variety of questions, judgments, and other comments on their interracial relationship. Yet, the most significant test for the strength of their bond arrives in the form of a brutal sexual assault Renesha suffers. A frantic Evan must then drive the distressed Renesha across the city in hopes of securing a rape kit, encountering further prejudice along the way. Gail Bean, Drew Fuller, and Ben Levin co-star. 1 hour, 22 minutes. MH

The true story of a British businessman unwittingly recruited into one of the greatest international conflicts in history. Forming an unlikely partnership with a Soviet officer hoping to prevent a nuclear confrontation, the two men work together to provide the crucial intelligence used to defuse the Cuban Missile Crisis. With Benedict Cumberbatch, Merab Ninidze, Rachel Brosnahan, Jessie Buckley and Angus Wright.1 hour, 51 minutes. 2½ stars. (Bahr — 3/17) NAM

Anthony is 80, mischievous, living defiantly alone and rejecting the carers that his daughter, Anne, encouragingly introduces. Yet help is also becoming a necessity for Anne; she can’t make daily visits anymore and Anthony’s grip on reality is unraveling. As we experience the ebb and flow of his memory, how much of his own identity and past can Anthony cling to? How does Anne cope as she grieves the loss of her father, while he still lives and breathes before her? Starring Anthony Hopkins, Olivia Colman and Olivia Williams. 1 hour, 27 minutes. IC

Alice is a young hearing-impaired girl who, after a supposed visitation from the Virgin Mary, is inexplicably able to hear, speak and heal the sick. As word spreads and people from near and far flock to witness her miracles, a disgraced journalist hoping to revive his career visits the small New England town to investigate. When terrifying events begin to happen all around, he starts to question if these phenomena are the works of the Virgin Mary or something much more sinister. With Jeffrey Dean Morgan, Marina Mazepa, Diogo Morgado, Cary Elwes, William Sadler, Katie Aselton, Christine Adams and Cricket Brown. 1 hour, 39 minutes. BC

Tom the cat and Jerry the mouse get kicked out of their home and relocate to a fancy New York hotel, where a scrappy employee named Kayla will lose her job if she can't evict Jerry before a high-class wedding at the hotel. Her solution? Hiring Tom to get rid of the pesky mouse. With Chloe Grace Moretz, Michael Pena, Ken Jeong, Colin Jost, Rob Delaney, Christina Chong. 1 hour, 41 minutes. BC/NAM