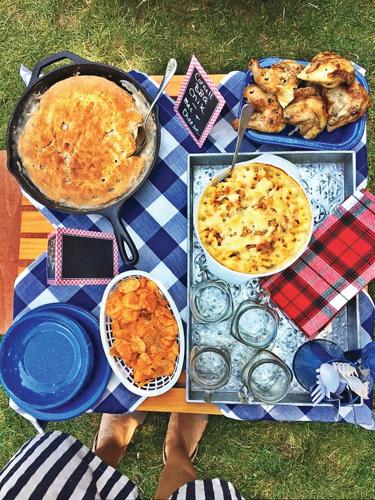 Anyone is invited to join in the competitive fun, according to organizer Linda Campos. 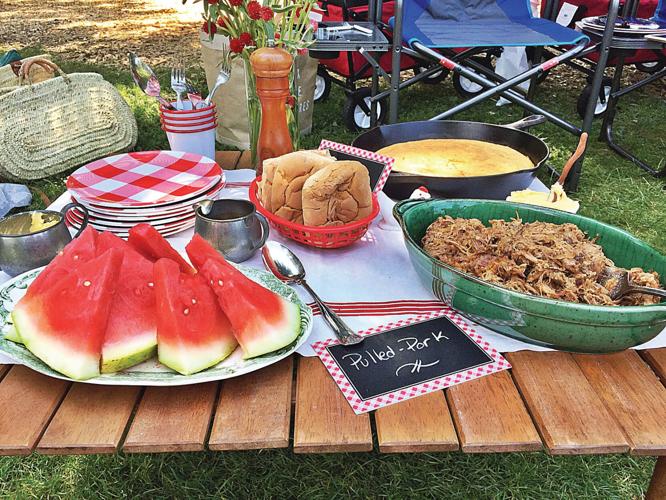 A picnic is judged not only on how the food tastes, but also the overall appearance of the spread. 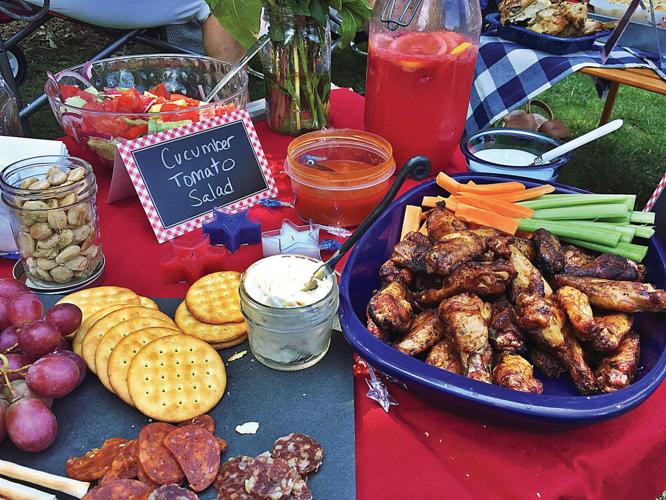 On a recent Sunday, the theme for the competitive picnicking was barbecue. 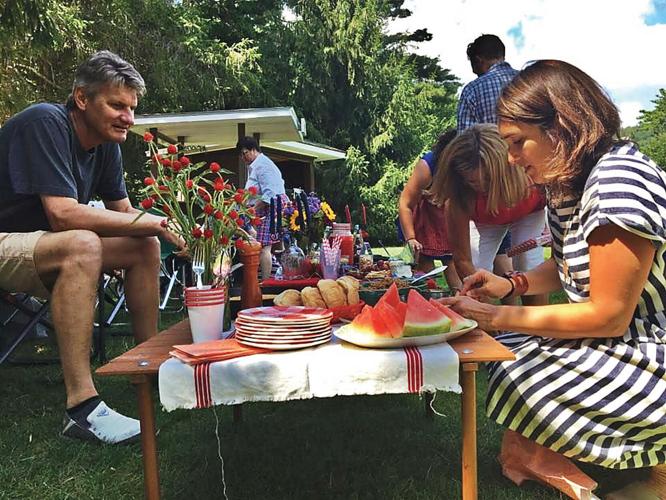 Anyone is invited to join in the competitive fun, according to organizer Linda Campos.

A picnic is judged not only on how the food tastes, but also the overall appearance of the spread.

On a recent Sunday, the theme for the competitive picnicking was barbecue.

LENOX — At Tanglewood, some lawn spectators may be able to ignore the elaborate picnic set-ups surrounding them. But they probably don't sit anywhere near the Tanglewood Competitive Picnic League.

"It's not barbecue!" Stockbridge resident Nancy Fontana yelled at fellow competitor Anna Shippee, who had prepared some macaroni and cheese for last Sunday afternoon's barbecue-themed picnic.

Fontana's barb was typical of the banter among four couples who had gathered near the EMT tent at the back of the lawn. While picnicking at Tanglewood is a tradition that spans decades and has undoubtedly spawned numerous tacit contests among spectators, the Tanglewood Competitive Picnic League now conspicuously signifies these unspoken bouts, drawing from the culinary creativity of the historic music venue's visitors to stoke competition.

"It's kind of fancy," organizer Linda Campos said of Tanglewood's picnicking culture. "It's dressed up, so we wanted to take it over the top."

Every week, Campos picks a theme for the picnic. Last Sunday's theme was barbecue; others have included pies, TV dinners from the 1940s and 1950s, and "New England Classics." Each entrant sets up a small picnic in an area marked, "Competitive Picnic League." After sampling each other's food, the attendees, which sometimes reach 30, according to Campos, all vote for the best dish and the best overall picnic. (They are allowed to vote for themselves, and some don't hesitate to do so.) Prizes are often gift cards to local businesses.

Campos, who is married to Boston Symphony Orchestra cellist Adam Esbensen, started the league with some other BSO couples several years ago, but they didn't publicly advertise the event. Once some of the others began having children, Campos said, the league stopped. Last summer, she decided to revive it. This time, she posted about it on Facebook, opening it up to anybody who wanted to come.

Lenox resident JeriLynne Clifford was one of the first participants to sign up. The event appeared to combine two of her passions, decor and cooking.

"I'm one of those few women who would rather get a kitchen appliance or a pot than a ring," Clifford said.

But she was concerned that the league wasn't going to be competitive enough for her.

"It's first or you're last," Clifford said of her mindset.

Heading into last Sunday's picnic, it had been all lasts for the Lenox resident this summer. A three-time victor last year, Clifford had yet to win once in 2017.

For Clifford, a native Midwesterner who cooked with her Southern grandmother as soon as she could stand on the stool next to her, the barbecue theme presented an opportunity to break her losing streak.

Clifford and her husband, Scot, certainly aced the picnic's aesthetic aspect, with each wearing plaid attire to complement the classic red-and-white checkered tablecloth adorning their small table. Red candles with white wicks atop a candelabra, a Tanglewood picnic staple, didn't hurt, either.

For cuisine, the Cliffords prepared Southern foods with New England twists, including ribs with blueberry barbecue sauce and bleu cheese coleslaw with cabbage from Pittsfield's Brattle Farm. A large Mason jar holding "Purple Jesus," a drink made with macerated black cherries, blackberries and grapefruit combined with vodka, towered over the items. It wasn't the group's only alcoholic concoction.

"This is definitely not a kids' picnic," said Fontana.

While its core members have grown close and are, consequently, unafraid of being each other's most vocal critics, Campos said that the group is inviting to its surrounding picnickers, especially once prizes have been awarded. Still, Campos said people don't usually approach them, and leftover food gets dumped in the trash sometimes.

With two journalists helping, the four couples wouldn't have to discard much, if any, fare on this Sunday. Despite Fontana's criticism, Shippee's macaroni and cheese won for best dish, while the Cliffords triumphed in best overall picnic.

Photojournalist John Stanmeyer (contributing photographer to National Geographic Magazine and other major publications) served as a guest voter. While sampling and analyzing each table's food, Stanmeyer's voice had begun to compete with the Tanglewood Music Center Orchestra's music. An annoyed spectator had quickly come over to quiet him and the rest of the group down. They obliged, but their competitive hobby won't be quelled anytime soon.